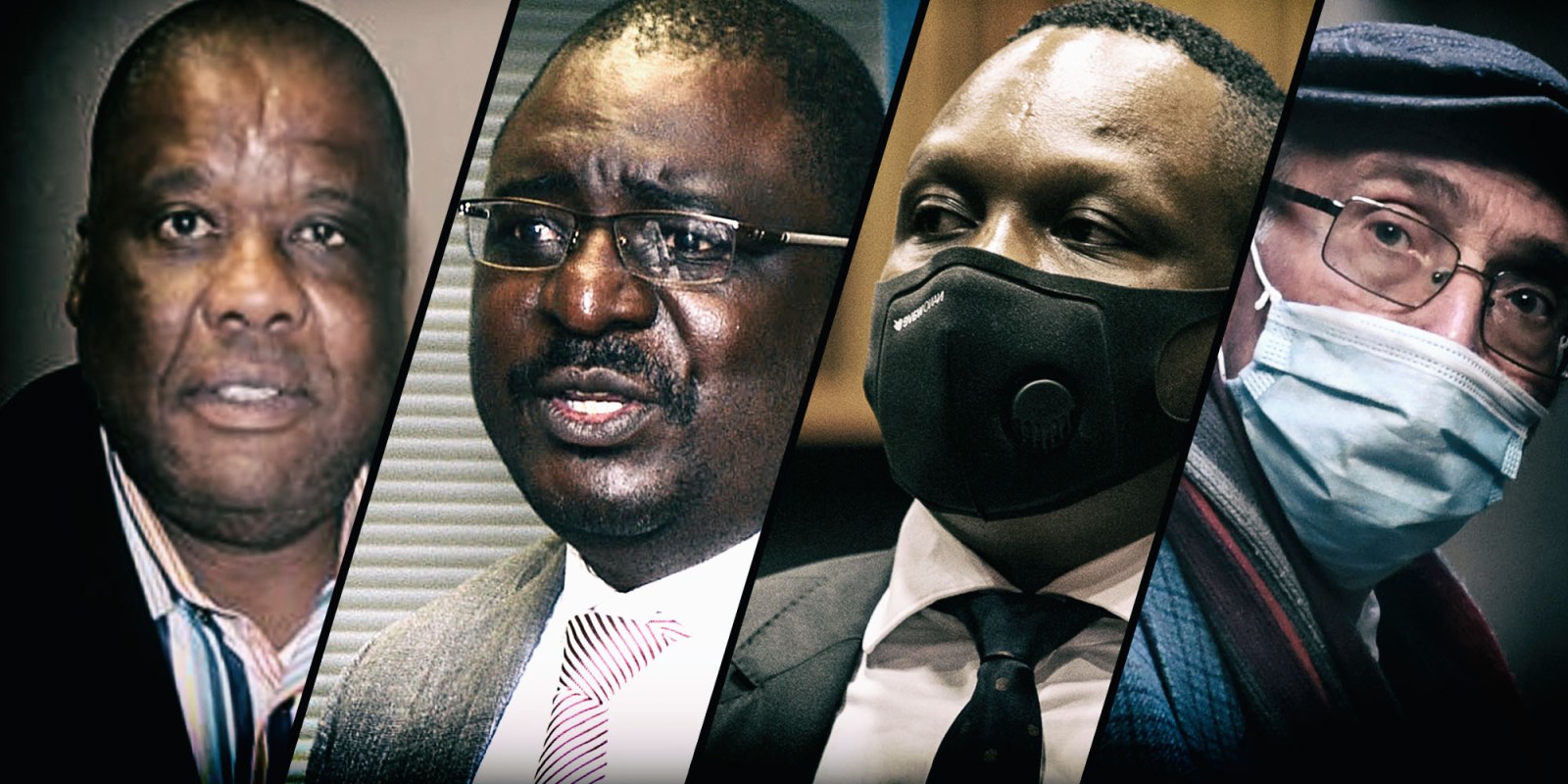 The three are the latest suspects arrested in connection with the large-scale plunder of VBS. Collectively, they face 20 counts of corruption and two counts of contravening the Municipal Finance Management Act. If found guilty, they face mandatory minimum sentences of at least 15 years each.

During a stint as acting municipal manager at Merafong Municipality from May 2017 to October 2017, Mohaudi also instructed that R50-million be invested into VBS.

When VBS collapsed the West Rand District Municipality was left more than R76-million out of pocket and Merafong more than R50-million short.

About 20 municipalities made irregular investments into VBS. But the three West Rand officials have a special place in the VBS saga: their municipality was the first source of large-scale funding for what turned out to be a Ponzi scheme.

A 73-page indictment released by the NPA details how the money was irregularly invested, withdrawn and reinvested in 24 different transactions between February 2015 and March 2018. The indictment confirms much of the detail in a 2019 forensic investigation by the audit firm Deloitte, revealed by amaBhungane in June 2020 – and adds evidence.

Adding to the Deloitte case

Deloitte examined irregular investments by two Gauteng municipalities, the West Rand District Municipality and neighbouring Merafong. The investigation found that in August 2017, after supporting VBS for two and a half years, Mohaudi and Mkhize were copied into a National Treasury email warning municipalities that deposits made with VBS were in contravention of the Municipal Finance Management Act and municipal investment policies.

Instead of heeding Treasury’s warning, the indictment shows that the three officials doubled down and authorised nine more investment transactions from the West Rand District Municipality to VBS, which amounted to more than R150-million.

The indictment also shows that the three officials received a number of payments as “gratification” either through former VBS chair Tshifhiwa Matodzi, former chief executive Ramavhunga or former VBS treasurer Phophi Mukhodobwane. Solly Maposa, the former VBS managing director of retail, is also accused of approving a number of facilities that were granted to the three municipal officials.

It appears from the indictment that most of the alleged gratifications received by the three officials took the form of VBS credit products.

The NPA affirms evidence Deloitte found suggesting the three received “preferential treatment” with regards to home and vehicle loans for their cooperation in facilitating the illegal transfers.

The case against David Mokoena

Mokoena, the former municipal manager, faces charges of “unlawfully and intentionally” accepting a total of more than R5.2-million in “corrupt gratifications”.

The money includes two home loans of R1.7-million and a credit facility of R1.8-million provided to trusts of which Mokoena was a co-trustee and beneficiary.

Mokoena also had two car loans at VBS, including a R555,000 loan which Deloitte found was created when Mokoena transferred his Audi Q7 car loan from Absa to VBS in 2016.

What is odd about this loan is that Mokoena would supposedly be charged a much higher interest rate of 10% at VBS compared with a 7.85% repayment rate at Absa. Two years later the car was fully paid off.

Deloitte questioned why he would move his vehicle finance from Absa to VBS at a higher interest rate and how he then managed to reduce the capital amount “so drastically” thereafter.

What was also curious was that Mokoena had been granted the loan through a closed vehicle finance scheme that Deloitte said was only meant for “approved members, VBS board, staff and shareholders”. Mokoena did not seem to qualify.

But the NPA’s evidence shows that he was in fact a shareholder. In September 2015, Mokoena’s Ngwato Mahlako Business Trust share account with VBS received a transfer of 10,000 shares (valued at R100,000) from former VBS chair Matodzi’s permanent share account.

While it’s not explained how, Matodzi and Ramavhunga are also accused of facilitating a R72,150 payment to the Red Cap Ranch Lodge to host the municipal staff’s year-end function.

The case against Mohaudi and Mkhize

During a separate stint as acting municipal manager at Merafong Municipality from May 2017 to October 2017, Mohaudi instructed Merafong’s chief financial officer, Matthys Wienekus, to put R50-million into VBS.

Wienekus ended up being the first municipal official arrested in relation to VBS. According to the indictment he is now one of the witnesses the State will present in its case against Mokoena, Mohaudi and Mkhize.

Mkhize received a total of R3.2-million from VBS in the forms of a bond, two vehicle finance loans and overdraft facilities.

The NPA’s indictment casts new light on the larger system VBS allegedly used to deal with officials from many municipalities – a system involving cash payments as well as VBS credit.

Mokoena is also said to have received a number of payments from companies linked to the VBS top brass.

In particular, the indictment shows how front-company “slush funds” were used, including the most significant one, called Robvet. Mokoena received a number of payments from this company, including a R400,000 payment made against one of his bonds with the bank and a R100,000 payment to his personal account in July 2016.

In its separate and later investigation, Deloitte was not able to link any of the West Rand officials to the Robvet account.

But the State will be relying on evidence from Sasa Nemabubuni, VBS’s general manager of sales in Makhado, who will be called as a witness. According to Mukhodobwane’s testimony to Motau, it was Nemabubuni who made payments from the Robvet account and sometimes even withdrew physical cash to deliver to municipal officials. Nemabubuni confirmed his role in managing municipal bribery in his own testimony.

According to the indictment, three such withdrawals of physical cash totalling R440,000 were destined for Mohaudi in September 2017.

In addition to Robvet, the NPA found a payment of R200,000 that was made to Mokoena’s account in February 2017 from another account controlled by Mukhodobwane called Samuma Enterprises. In July 2016, Mokoena also received R200,000 from Matodzi’s Vele Logistics. DM