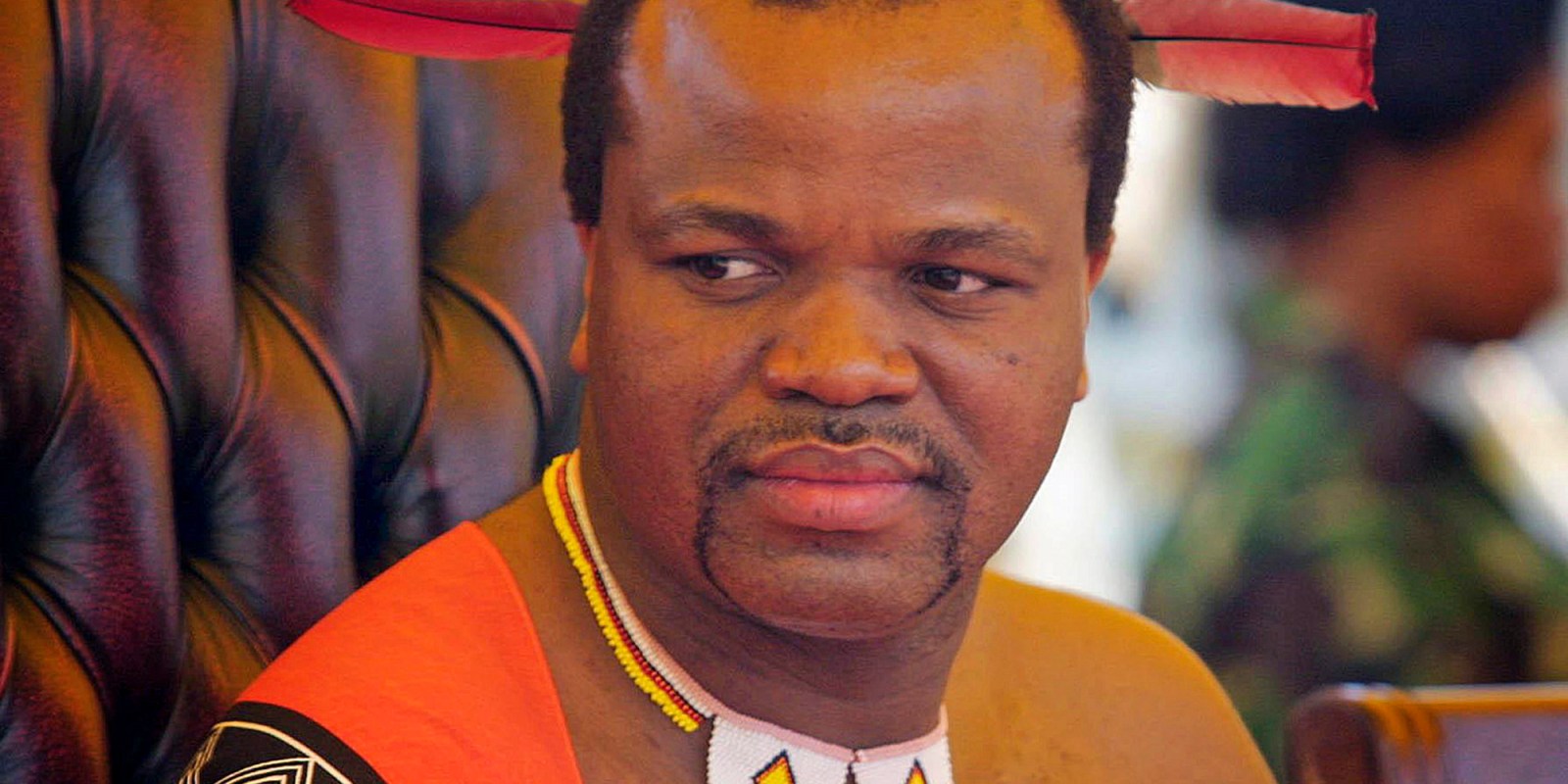 About 40 demonstrators have reportedly been killed and about 150 injured by security force gunfire over the past few days, while an unknown number of protesters are missing.

The South African government called on the Eswatini security forces to “exercise total restraint and protect the lives and property of the people” as opposition politicians reported that scores of protesters had been shot dead in a growing uprising against King Mswati’s autocratic rule.

About 40 demonstrators have been killed and about 150 injured by security force gunfire over the last few days, according to dissident MP Mduduzi Simelane and the Swazi Solidarity Network (SSN), a coalition of opposition organisations. An unknown number of protesters are missing.

Pretoria urged Swazis to engage in political dialogue to resolve the growing crisis. The ruling ANC issued a stronger statement than the government, calling on Eswatini’s government to desist from “autocracy, strong-handed crisis management and brutal repression of legitimate civilian concerns”.

The ANC also urged the regional intergovernmental body, the Southern African Development Community (SADC), to intervene in the Eswatini crisis “before it escalates beyond control”.

After four days of rioting in the major cities and in rural towns, there are signs that the situation is spinning out of control. “It’s mayhem,” one observer said, with unknown numbers of shops, banks, government offices and vehicles looted and torched.

SA government officials believe protesters are targeting South African companies because they are angry that the South African government has failed to put pressure on Mswati to democratise.

Pick n Pay, Shoprite, Spar, Standard Bank and Nedbank are among the South African corporations that have been damaged and shut down their operations, according to company spokespeople or media reports.

Pick n Pay spokesperson Tamra Veley said, “The safety of our customers and staff is our first priority. A number of our supermarkets and bottle stores have been damaged in the protests, and we have closed our stores as a precaution.”

A Shoprite spokesperson said, “The current protest action in Eswatini has forced the closure of several of the Shoprite Group’s supermarkets, with severe damage to both stores and delivery vehicles.

“We are highly concerned about the senseless acts of malicious damage, which has disrupted the food supply chain in the country and puts the livelihood, lives and safety of others at risk,” the supermarket chain said.

“Concerns for the safety and security of employees and customers remain of utmost importance and the situation is being monitored closely.”

Lukhele and Simelane told Daily Maverick that doctors and nurses at hospitals in various cities and towns had confirmed that at least 40 protesters had been killed and about 150 injured by security force gunfire.

Acting Prime Minister Themba Masuku said in a statement on Thursday that although the government respects the right to protest, it condemned the destruction of property, which was “the bedrock of the economy. We have had to call in the army to protect critical national infrastructure and enforce the Covid-19 regulations.

“There has been no martial law… declared, as reported.

“The Office of the Prime Minister is yet to receive an official report about alleged deaths due to the riots and we will investigate these allegations. We also ask emaSwati not to take the law into their own hands, as this can lead to further escalation.

“The public and the media are also urged to be wary of unverified and inaccurate information, as this is fuelled by forces that are determined to push their agenda by all means necessary.”

The latest spate of violent protests erupted on Saturday and has been continuing since then, although the precise situation is hard to establish as the government appears to have shut down the internet across the country.

On Tuesday Masuku announced a 6pm to 5am curfew to try to control the rioting, which has mostly happened at night. But this does not seem to have had much effect.

Pretoria is normally reluctant to comment on Swazi affairs, but on Thursday Clayson Monyela, spokesperson for SA’s Department of International Relations and Cooperation, issued an unusually critical statement, expressing great concern about the political and security situation.

“We are particularly concerned by reports of loss of life and destruction of properties,” Monyela said.

“The right to peaceful protest is universally recognised.

“The South African government calls on the security forces to exercise total restraint and protect the lives and property of the people, in keeping with the country’s constitutional provisions and laws.

“In addition, South Africa urges all political actors and civil society to engage in meaningful dialogue in order to resolve the current political challenges facing the country.”

Social Development Minister Lindiwe Zulu, in her capacity as chair of the ANC National Executive Committee’s international relations sub-committee, lashed Mswati’s government for its brutal response to the protests.

She called for good governance and democracy in Eswatini.

“We call on the Eswatini government to work towards the normalisation of the political environment by unbanning opposition political and other parties, releasing political activists and engaging in meaningful dialogue with opposition parties, its citizens and trade unions to find a collective solution to the socioeconomic circumstances in the country.

“The use of security forces to quell dissent and the failure to address legitimate civilian concerns complicates the conflict and adds fuel to the fire. Economic and political stability is further complicated.”

On Thursday Simelane, the dissident MP for the rural Siphofaneni constituency, said he and two other dissident MPs were in hiding and fearing for their lives.

The crisis began in May with protests against the death in police custody of law student Thabani Nkomonye. But the violent demonstrations surged on Saturday, Simelane said.

He said he and two fellow reformist MPs had called for the prime minister to be elected by the people rather than appointed by the king.

Then ordinary Swazis had begun delivering petitions to their local tinkhundla (parliamentary constituency offices) expressing their support for an elected prime minister.

Masuku had responded by banning the delivery of such petitions, particularly to Siphofaneni, and this had sparked protests there, which the security forces had forcefully dispersed. That, in turn, escalated the protests, which turned violent and spread across the country.

As of Wednesday, the SADC was showing no inclination to respond to the calls of the ANC and others to intervene in the crisis. An official at the SADC headquarters in Gaborone told Daily Maverick that Swazi officials insisted they had the situation under control, so no intervention was necessary.

But SA government officials said if the disturbances continued that situation might change and the SADC’s Organ for Politics, Defence and Security might have to address the issue. DM