UnThere: Pride is a deathly labour 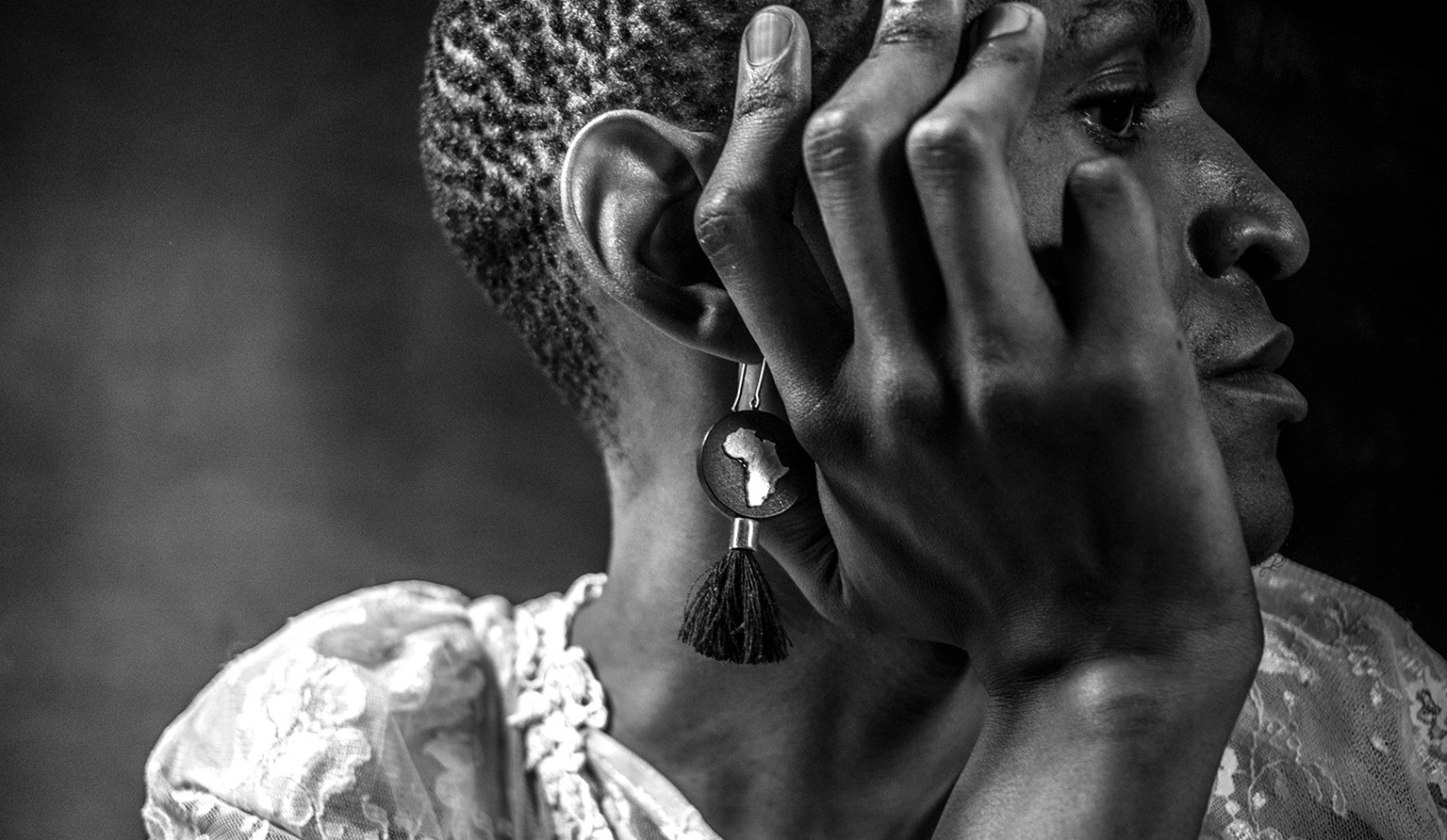 Afropessimism and queer theory. (Photo: A portrait of Kneo by Andy Mkosi)

The imposed contradictions of Pride month in the Global North and South are paradigms of colonial injustice, indoctrination and assimilation. Beyond the rose-tinted shades and beneath rainbow flags lie persistent struggles against sanitised bigotry and overt violence.

So, it’s been Pride Month in the Global North. They, in their infinite and universal love, even added Black and Brown stripes to the flag for you. As though we were one big family. Their family. You must, now, feel represented, seen, scened, platformed, given a stage to perform, to vogue, to drink and be merry. In the rigid nationalism of community, you haunt the LGBTQIA+ coalition, side-eye it and stare blankly at all of the world’s colourful new logos.

You learn, bitterly, that she did not leave you but that she was saved from this Earth by her ancestors. You wonder if you will be saved. In attempts to save yourself, you reach tenderly into death’s mangled mouth, trying to pull utopia out from the chambers of time’s heart and death’s jaw clamps down on your shoulder. And you, holy, precious you, know how to love a thing that you are in. So you learn to love death too. Love it when it circles around you at the family gathering, love it when it spits at your feet at the grocery store. Dress it in your favourite earrings and paint its nails. Hold it tenderly when it cries at the taxi rank. Console its fears in your identity document. You try and teach death to love you too. And so death learns to love you too. And the Global North rejoices in glee at your death because it is productive. It sustains the very plane of their existence. Yes, your living death produces life in everything that isn’t dying. In the Global South, death is managed, produced, withheld, and authored through living spectres of colonialism, through neo-imperialism, through the continental cinderblock that is globalisation — expanding and diminishing our sense of place and time, through public and semi-permeable archives that insist you were never there, were discovered, created by the white supremacist gaze — the only gaze that can see, the only mouth that can speak and participate in the production and management of meaning.

In this twisted relationship, if one can call this arrangement a relationship, they honour your death every June. Maybe, next year, the Arc De Triomphe will be lit in Pride colours as a ritual offering to your death — gratitude to your deathly labour. Yet of course, not in so many words. The grammars of this arrangement are arranged as “representation matters”,  as “love is love”, as “marriage equality”, as “queer rights are human rights”. As though the Global North thought that you — trying to make a life happen in the underworlds of Katlehong, of Zondi, of Meadowlands, of Cape Town, of Kensington, of the Braamfontein cemetery, of your Black mother’s womb, beneath the Langlaagte mine dump — were human.

The necropolitics of Pride are the necropolitics of #Freepalestine, of solidarity with Myanmar, of the Covax project, of the paradoxes of “Black Lives Matter”, of the civil society poverty industrial complex. A global death economy.

In all of this, you got laid this Pride month. Twice actually. You held and squished, kissed and licked, you sucked and rubbed yourself against the dying of another (like) you. You ate your way through the mine dump and came up for air. And in this interregnum, through your brown bottle eyes, you saw through the petty reveries of sexuality, race and gender and staged a violent protest against the state. You fucked an insurrection and made love an attempted coup.

When morning came, you didn’t know what to do. You remembered that your country’s Pride is coming too. You remembered that your Pride recently updated its flag to include strips of colour for you too. Maybe, this year, someone will write a compelling op-ed about the decolonisation of Pride. Maybe, this year, someone will ignore Dr Bev Ditsie and Simon Nkoli and remind us that Pride started as a riot at the Stonewall Inn. Maybe, this year, when Table Mountain is lit up in an artificial rainbow while queer shelters are being closed down you will know what to do.