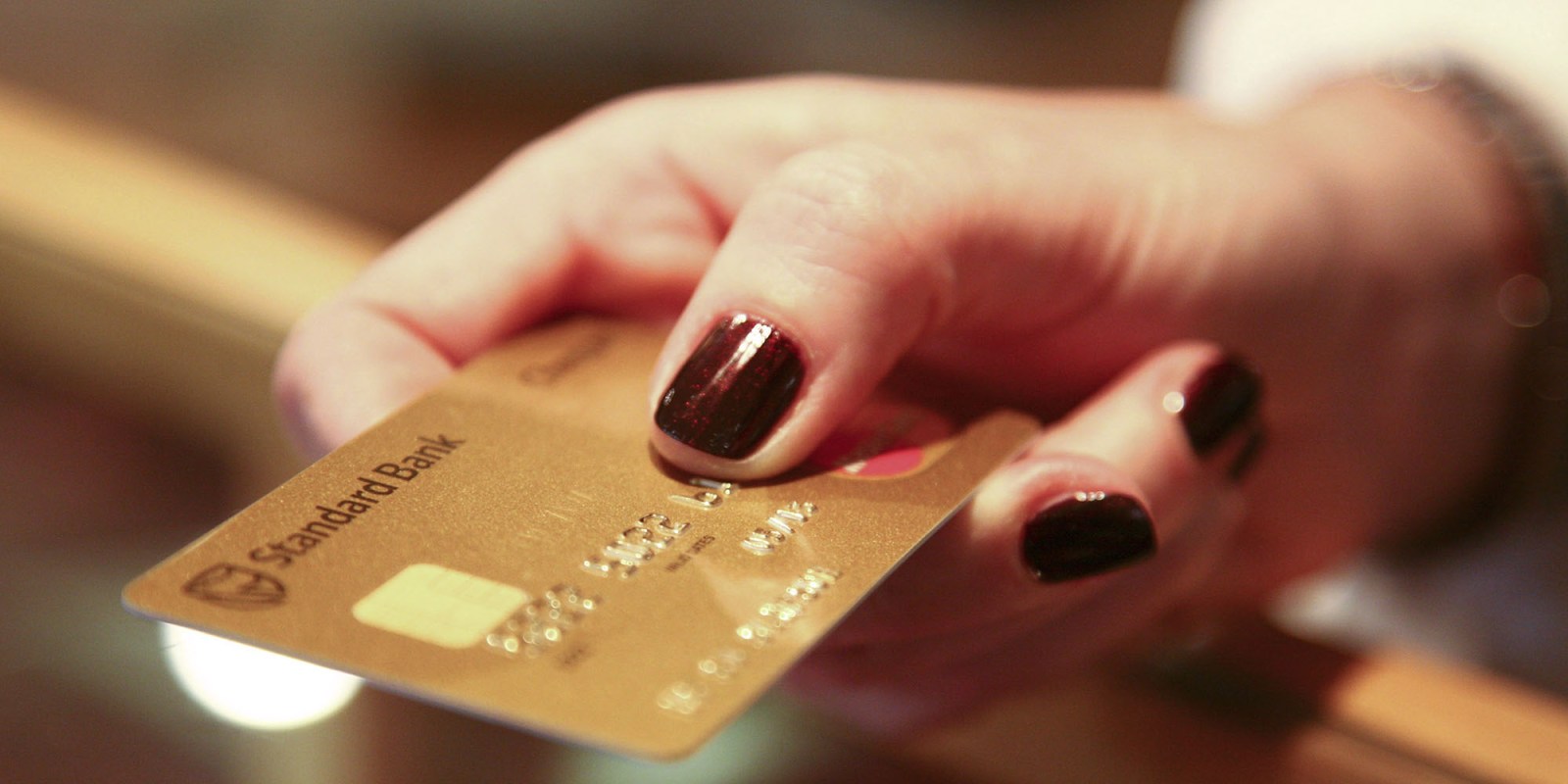 TransUnion released its South African Industry Insights Report for Q1 2021 on Wednesday, showing a decline in consumer credit participation over the past year, a sharp increase in delinquencies and growing spending among the youth.

The credit reporting agency found that outstanding balances continued to increase across all major lending categories, while originations declined.

Originations declined by 49% year on year (YoY) for credit cards and by 34% YoY for bank personal loans.

The findings of the Q1 2021 South Africa Industry Insights Report show how the ongoing uncertainty and hardship caused by Covid-19 have dented the consumer credit market, with a 3% reduction in credit market participation.

Outstanding balances increased across all credit categories, but the agency noted that the chasm between those affected by the pandemic and those who were not, was widening.

Carmen Williams, director of research and consulting for TransUnion South Africa, said: “Consumers who were not affected by Covid have the appetite to take on more credit. House prices have rebounded significantly, causing a 44% YoY increase in new home loan amounts as they benefit from lower interest rates and buy more expensive homes.”

Unsecured credit balances are growing too, which TransUnion said reflects the liquidity provided by these products and suggests that “financially impacted consumers are using these much-needed sources to help balance household finances”.

These loans tend to serve higher-risk profile consumers who are generally more susceptible to income shock.

“For the lenders, this is not necessarily a bad thing because they have a different risk model compared to traditional banks, so they do price for the risk that they take on.” 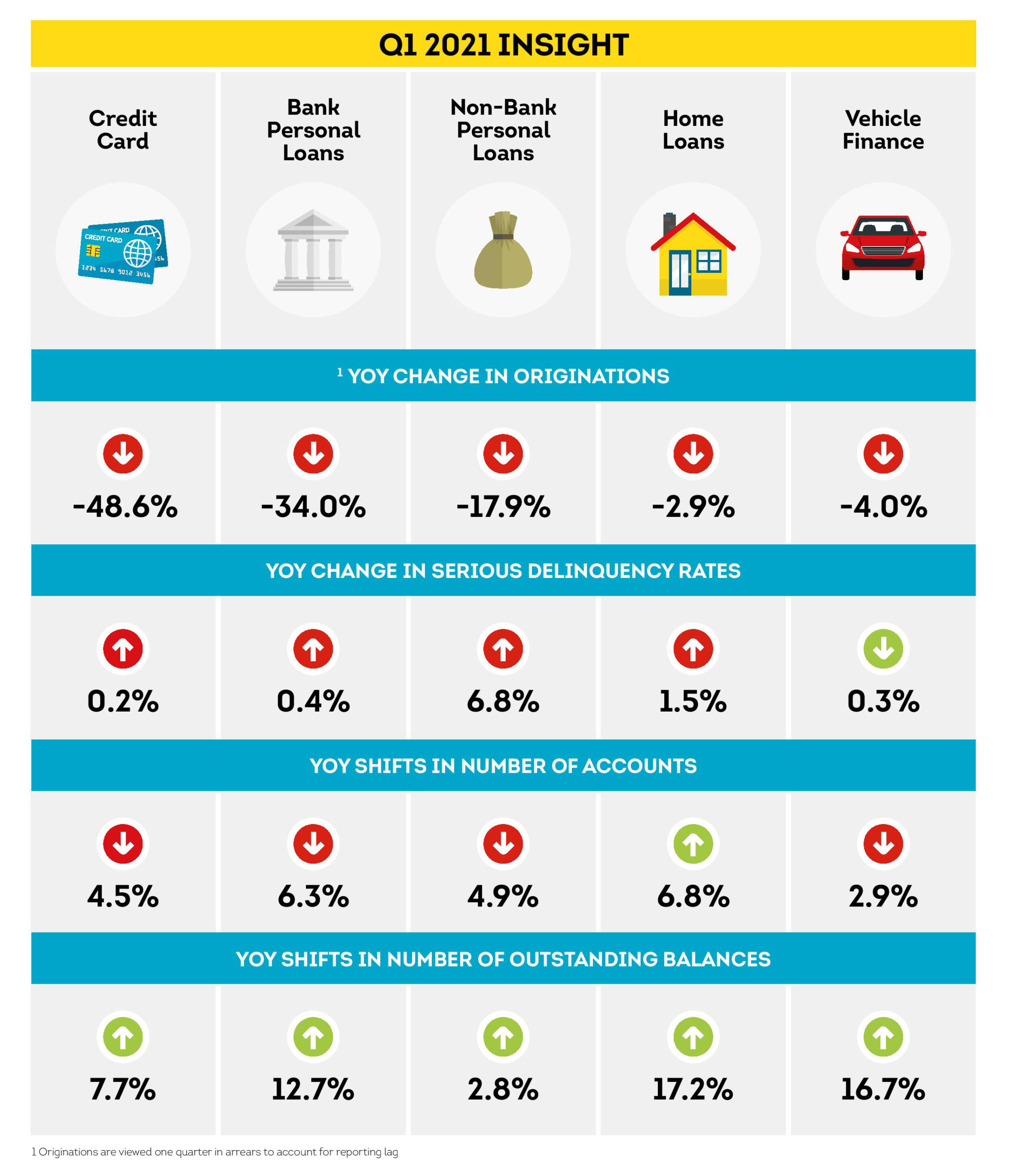 But consumers who take on unsecured debt pay higher interest rates and battle to service the debt, which results in higher rates of delinquency.

Across lending categories, delinquency performance is expected to remain under pressure in the coming months. In the latest TransUnion Consumer Pulse Study, 62% of consumers were found to have been affected by the pandemic, and 87% of those affected were concerned about paying their bills over the next three months.

The unsecured lending categories that consumers were most worried about paying were mashonisa (loan shark) loans at 46%; personal loans (44%); retail store accounts (39%); and credit cards (38%).

In the home loan market, balances have increased, indicating a slowing supply of housing and increasing demand driven by those who managed to maintain or improve their income despite the pandemic.

“Supply has generally fallen as consumers continue to work from home and construction of new homes has declined. This supply/demand mismatch has caused a significant rebound in house prices and has caused the average new loan amount to increase 44% year on year in Q1 2021 as a result,” the report notes.

Delinquencies in vehicle finance loans were the only category shown to have improved slightly, by 30 basis points.

Most of the spending is coming from younger generations, particularly millennials, who are not necessarily taking on more credit but are more likely to transact online as they are more tech savvy.

Outstanding credit card balances, which are affected by shopping habits, dependence on credit, delinquency build-up and other factors, increased YoY by 7.7% in Q1 2021. However, a clear generational divide has emerged: younger consumers increased their outstanding credit card balances more than older generations, with millennials using 9% more and Gen X 4% more, while baby boomers decreased their usage of credit cards by 1%.

The chasm between those affected and not affected by the pandemic is particularly evident in secure products, as there is an increase in balances and originations for the latter category.

Williams said with house prices rebounding significantly, there was a 44% YoY increase in new home loan amounts, as consumers benefited from lower interest rates and purchased more expensive homes than before.

The home loan market has shown sustained signs of recovery as balance growth improved substantially, but TransUnion noted that the overall trend in rising delinquencies was a concern that required urgent attention. Account-level serious delinquency rates deteriorated for the fourth consecutive quarter, increasing by 150 basis points to 6.4% in Q1, which, while smaller than previous quarters, is a “persistent trend”.

Home loans recorded a comparatively lower fall of originations (down by 2.9% YoY) in the first quarter. Supply has generally fallen as more people continue to work from home and new home construction declines.

“The impact of Covid-19 on consumer finances remains the primary driver of credit market trends,” she said, noting that lenders were focussing on managing their risk within existing customer portfolios rather than attracting and bringing on new borrowers.

“Consumers are very much polarised, with those experiencing financial hardship relying on existing sources of credit to help them through these difficult times.

“On the other hand, those who have maintained or improved their income still have significant purchasing power and capacity to borrow to finance home purchases.” BM/DM