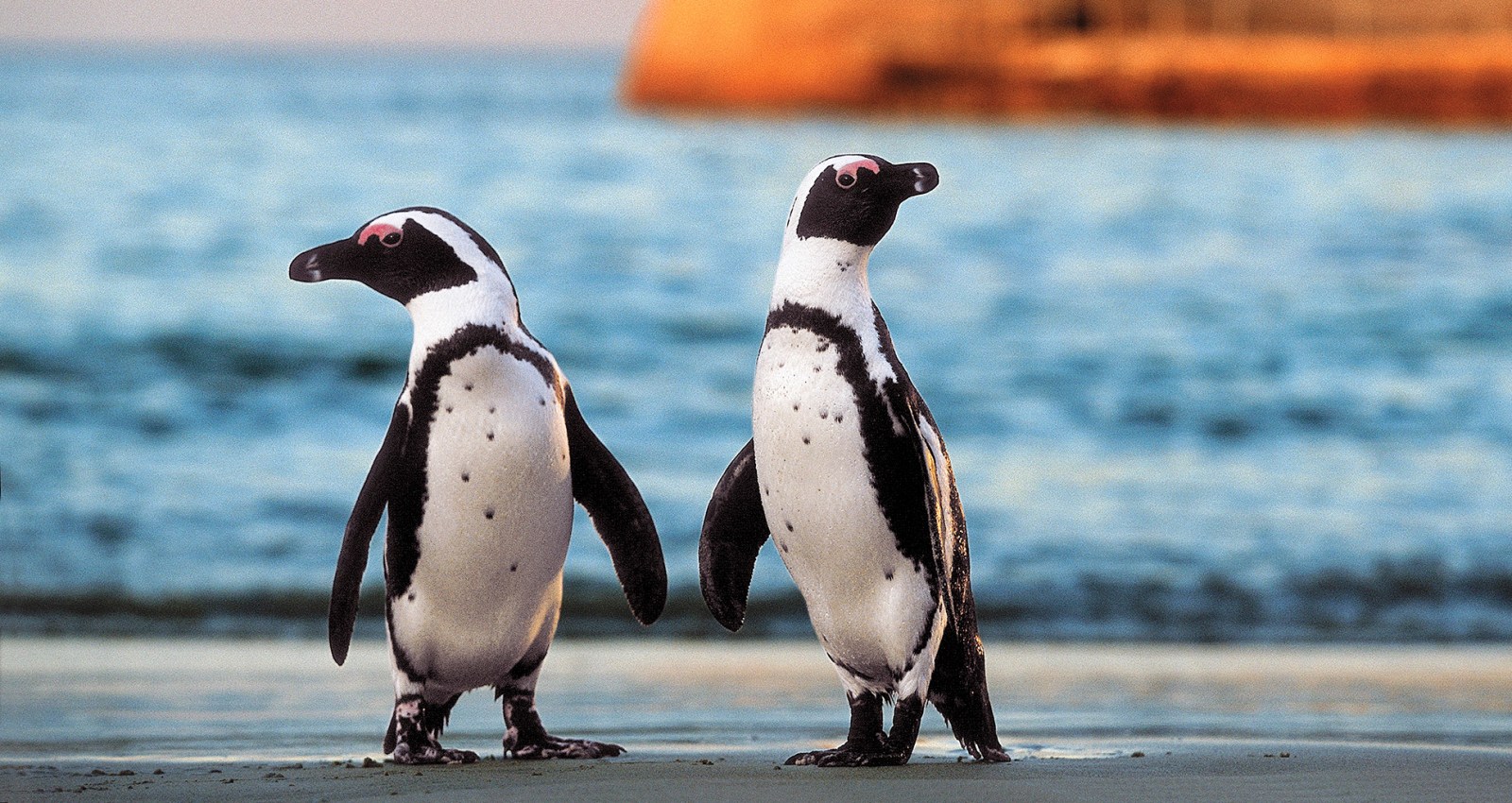 Per-and Polyflluroalkyl substanes (PFAS) were found in African Penguin eggs in 2015. Regulations like those passed by the Department of Forestry, Fisheries and the Environment could help to prevent future contamination if they are implemented meaningfully. (Photo: Gallo Images)

Whether companies are able to use, produce, import or export PFAS into South Africa depends on our commitment to the Stockholm Convention and the way we regulate these chemicals.

“In South Africa, we have only recently updated our Stockholm Convention National Implementation Plan to include PFAS — and even so the domestication of the Convention in National Regulations is a slow and inefficient process,” says Rico Euripidou, Environmental Health Campaigner at groundWork.

According to a recent presentation in Parliament, the Department’s five-year target is only that 14 industrial persistent organic pollutant products are phased out by 2024. Even if the government meets that target it won’t protect the environment or South Africans from the thousands of “forever chemicals” already circulating in our ecosystems.

As a reminder from Part Three, the Department of Forestry, Fisheries and the Environment (DFFE) (in its previous forms) published its first National Implementation Plan on the Stockholm Convention in 2012, before PFOA was listed in Annex A. The plan was updated again in 2019, noting a proposed phase-out date of 31 December 2020 for PFOS, and with respect to PFOA that “no use was identified in the country, however, there is no regulation prohibiting use”.

It took a full seven years from developing our first plan for South Africa to gazette regulations to phase out the use of POPs including PFOS and POSF among other chemicals. The regulations, gazetted in September 2019, indicated that “no person may use, produce, distribute, import, or export (c) Perfluorooctane Sulfonic Acid, its salts (PFOS) and Perfluorooctane Sulfonyl Fluoride; PFOS formulations and products, or have PFOS containing wastes in their possession, after 31 December 2021.”

The regulations also specified that any users, producers, distributors, importers or exporters of listed chemicals must notify the director-general of the department within 30 calendar days of the promulgation of the regulations via a form obtainable from the department.

Once the department receives and processes the form, that producer, importer or exporter must within 12 months of the promulgation of the regulations develop a phase-out plan for the listed chemical which must include:

Annual reporting on progress is required. The regulations make it an offence to contravene the regulations or to furnish false or misleading information. If companies comply, it would go a long way to helping South Africa track the source of PFOS in South Africa.

However, according to Albi Modise, chief director of communications at the DFFE, only “two users have responded: one mining company and one petroleum company” (Daily Maverick has requested these names, but as yet they have not been received). According to Modise, neither of the two companies was required to develop a phase-out plan because they are only using PFOS in their equipment (not production, importation or exportation). The DFFE has not received any notification from Pelchem SOC Ltd or the South African Nuclear Energy Corporation SOC Ltd.

The wheels of regulatory procedures slowly continued to turn.

After the September 2019 regulations and the November 2019 update to our National Implementation Plan, on 12 May this year, the DFFE published further regulations to prohibit the production, distribution, import, export, sale and use of persistent organic pollutants that are listed by the Stockholm Convention on POPs. The regulations specify at Section 3 that no person may produce, distribute, import, export, sell, or use PFOA, its salts, and PFOA-related compounds (among other chemicals).

A person commits an offence if they contravene Section 3 or furnishes false or misleading information regarding the actions listed in Section 3 and may be subject to a fine of R5-million (maximum) or five years’ imprisonment for a first offence, or both. Section 5 (1) provides for a transition period of 12 months from the commencement of the regulations, allowing any person who was in possession of any of the substances at the time the regulations were passed to continue to distribute, sell, or use the substances, but not to import or export them.

It requires that any person who wishes to do so must notify the director-general of the DFFE in writing within 30 days of the commencement of the regulations, identifying which substances are in their possession. That 30-day notice period was up this month, on 11 June 2021.

However, according to Modise, no producers, users, distributors, importers, or exporters have notified the director-general in this regard.

As you may remember from Part Two of this series, PFOS and PFOA, along with several other PFAS, are present in South African waters, insects, fish, and birds. Yet no companies have notified the DFFE of their use, production or import of PFOA, and only two companies have said they’re using PFOS.

Are we to believe that all of the PFOA and PFOS come to South Africa mysteriously, or are transported here from rivers and birds and waters elsewhere? Are companies not being honest about their use of these harmful chemicals or masking their use under Confidential Business Information? Perhaps there is also a third possibility… companies may not even be aware that their products contain these harmful chemicals? To these questions, there are simply no easy answers.

Part One of this series highlighted how the requirement for companies to come forward voluntarily to the EPA resulted in lengthy delays in the ability of the EPA and the government to respond appropriately to the contamination of the environment with PFOA and other PFAS.

The DFFE regulations require that companies come forward and notify the department, but there does not seem to be any concomitant action from the DFFE to go out and find those companies that have not disclosed and could reasonably be suspected to use these chemicals. And so, these new regulations and our new implementation plan for the Stockholm Convention are yet to protect South Africans from any health or environmental risk, regardless of their ambitions to do so.

PFAS are known to cause a significant health impact, even in small doses. It seems clear then that the regulation of these chemicals needs to move beyond simply the environmental focus, and towards an integrated response that also includes the health system.

“There is a serious and systemic awareness delink between our environmental laws that are implemented to protect the public’s health and among the industrial end-users of regulated harmful chemicals and in general the public at large — this systemic delink also extends to the public health authorities who are tasked with protecting the public health — in general, the National Department of Health is absent from environmental governance processes in South Africa and this has to change to protect the public from harmful persistent chemicals that are routinely found in our environment,” says Euripidou.

Amid a global health crisis, the need for departments to work together is more apparent than ever.

Until then though, it is only as consumers of these products that ordinary South Africans have any bargaining power. We can choose whether to buy products that are known to contain PFAS, and we can demand accountability from those that sell them to us.

That is if they know they’re doing it. DM/MC/OBP

In Part Five of this series, Daily Maverick talks to some of South Africa’s biggest retailers about PFAS in their food and household goods.