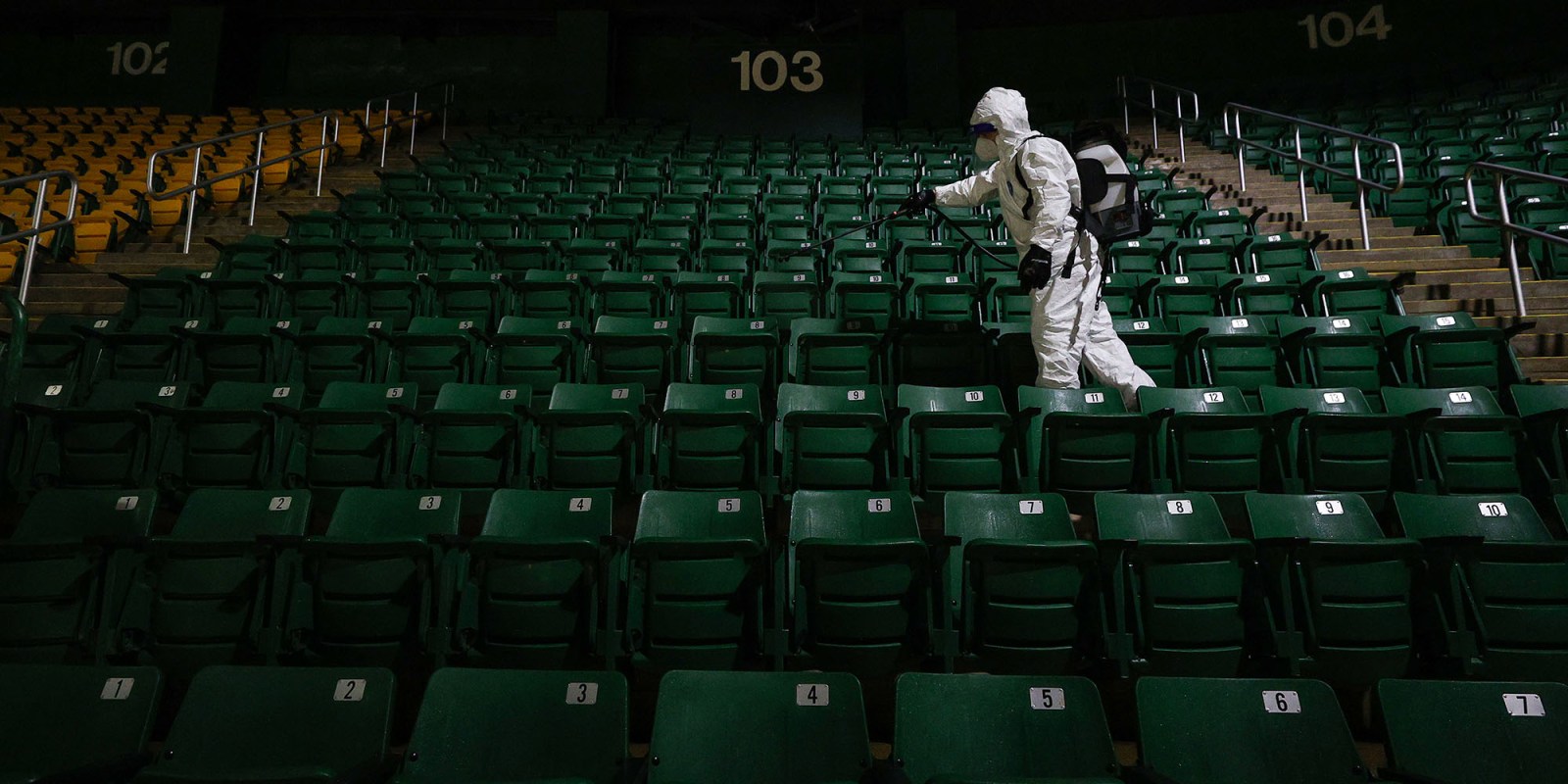 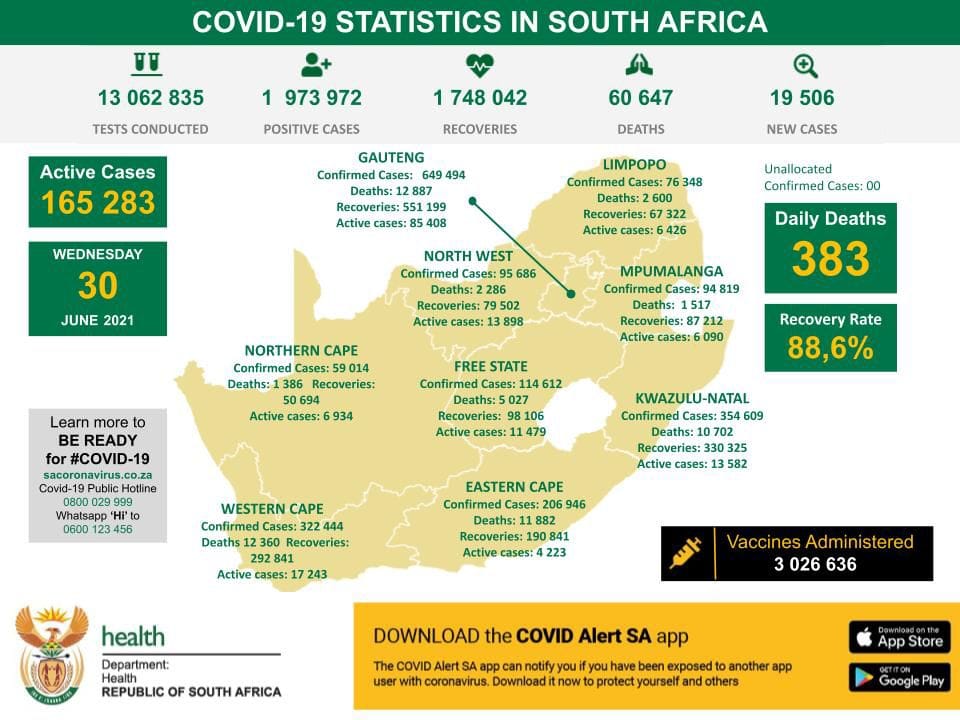 Moderna’s chairman vowed to keep testing the drugmaker’s Covid vaccine against variants and advised against “putting our guard down” as new mutations continue to emerge.

Residents in Singapore who opt for the vaccine made by China’s Sinovac Biotech won’t benefit from the same easing of restrictions as those with government-approved messenger RNA shots from Moderna and Pfizer.

The European Union is closing in on a deal with Valneva to purchase its vaccine for the region after resurrecting talks abandoned earlier this year.

North Korea’s Kim Jong-un said a “grave” situation stemming from quarantine negligence had created a “great crisis” in the country, according to a state media report. The country previously claimed to have avoided Covid.

Bulgaria, which has had its borders open to visitors from most countries, will introduce a colour-code system from July 1, the health ministry said in a statement. The criteria for the three categories – red, yellow and green – will include rates of new cases and positivity of tests, identification of worrying new variants in the countries, as well as the lack of enough information. The government in the Balkan country, which has the EU’s lowest vaccination rate, is preparing for a new wave amid the spread of the delta variant in Europe and slow inoculation.

Scotland reported almost 4,000 new cases over the last 24 hours, the highest daily figure since the start of the pandemic.

Even so, First Minister Nicola Sturgeon said a reduction in serious illness resulting from those new cases shows that vaccination is breaking the link between infection and hospitalisation. About 3.8 million of Scotland’s 5.5 million people have had their first jab, while more than 2.7 million have had both.

Finland has exceeded the EU target to vaccinate more than 70% of its adult population. About 72% of Finns over the age of 18 have now received their first shot, the Finnish Institute for Health and Welfare said on Wednesday. Roughly 18% of the population have been given two doses.

Portuguese Prime Minister Antonio Costa is self-isolating after being in contact with a member of his Cabinet who tested positive for Covid-19.

Costa has tested negative for the coronavirus and received two doses of vaccine more than a month and a half ago. The premier will carry out his duties at a distance. Portugal reported 2,362 new cases on Wednesday, the most since February 13, according to government data.

The European Union is closing in on a deal with Valneva to purchase its vaccine for the region after resurrecting talks abandoned earlier this year, according to people with knowledge of the situation.

The EU and the French biotech are a few weeks away from finalising a so-called advance purchase agreement, said the people, who didn’t want to be identified because the discussions aren’t public

Moderna’s chairman vowed to keep testing the drugmaker’s vaccine on variants and advised against “putting our guard down” as mutations emerge.

The new strains stem from “a natural process, but it is concerning,” Noubar Afeyan said in an interview on Bloomberg Television. “We really don’t know where these variants are going to go.”

The comments come after Moderna said its vaccine produced protective antibodies against the Delta variant.

Germany draws level with US on first doses

Germany has administered at least one vaccine dose to 54.5% of the population, drawing level with the US after a sluggish start, according to Health Minister Jens Spahn.

“This shows that the vaccination campaign needs staying power,” Spahn said in a tweet. “We are therefore keeping the pace high,” he said, adding that the Delta variant’s contagiousness means it’s important for as many people as possible to get inoculated.

About 37% of the population, or 30.4 million, have been fully vaccinated, the latest health ministry data show.

Residents in Singapore who opt for the vaccine made by Chinese company Sinovac Biotech will still need to undergo tests and won’t enjoy the same easing benefits as those with government-approved messenger RNA vaccines from Pfizer and Moderna, reflecting the challenges facing people with less-effective inoculation as countries move to reopen safely.

Doctors are required to tell patients receiving vaccines under the city-state’s special access route – which Sinovac has qualified for – “that they may not be regarded in the same manner as those vaccinated under our national programme”, the Ministry of Health said in a statement on Wednesday.

India added 45,951 new cases on Wednesday, taking the total tally to more than 30 million infections in the second-worst hit nation. Deaths rose by 817 to more than 398,400, according to latest data from the health ministry.

The South Asian nation has administered about 333 million vaccine doses as it races to avert a possible third wave. Five Indian drugmakers, including Cipla, Dr Reddy’s Laboratories and Sun Pharmaceutical Industries, announced plans late on Tuesday to collaborate in clinical trials of an experimental antiviral drug, Molnupiravir, for the treatment of mild infections.

Tourism crash may cause $4-trillion loss

The slump in tourism caused by the pandemic will cost the global economy more than $4-trillion for 2020 and 2021, much worse than anticipated, as an uneven vaccination roll-out crushes developing countries that are highly dependent on international visitors.

The losses this year alone could amount to between $1.7-trillion and $2.4-trillion, even as international tourism rebounds in the second half in countries like the US, the UK and France, which have higher vaccination rates, according to the United Nations Conference on Trade and Development.

Osaka to end restrictions if 70% vaccinated

Japan’s Osaka prefecture will remove social restrictions imposed to contain outbreaks if more than 70% of its population receives a second dose of vaccine, Kyodo reported, citing a draft of its exit strategy.

Australian health experts are ramping up criticism on the government’s vaccine roll-out, saying it’s been too slow and disorganised, and could potentially lead to more lockdowns such as those currently affecting half the population.

Since the weekend, more than 12 million Australians have been ordered to stay at home in cities continent-wide, including the state capitals of Sydney, Brisbane and Perth, as authorities battle to contain a spread of the Delta variant. New South Wales state on Wednesday recorded 22 new local cases from the day before as it strives to overcome the nation’s most serious outbreak in Sydney.

WHO says Delta variant to dominate

The Delta variant first reported in India is about 55% more transmissible than the Alpha variant, making it likely to outcompete other strains and predominate in coming months, the World Health Organization said on Tuesday, noting 96 countries have reported cases. A number of these countries are attributing surges in infections and hospitalisations to Delta, the WHO said in a weekly report.

Singapore is changing the way it reports on progress against Covid-19 in the country, focusing on key trends and the number of severe virus cases while dropping detailed information about individual infections.

The change comes “as we move to a new phase of battling the pandemic, with a strong focus on preventing the virus from spreading, vaccinating our population and starting the process to transit to a new normal”, the Ministry of Health said in a statement.

North Korean leader Kim Jong-un said a “grave” situation stemming from quarantine negligence has created a crisis, hinting at Covid risks that could affect his rule after his regime has denied it has had any infections.

There were no details in the report from the state’s official Korean Central News Agency on Wednesday. Kim said a lack of prolonged quarantine efforts created “a great crisis in ensuring the security of the state and safety of the people,” according to KCNA.

Royal Caribbean Cruises says it will now require unvaccinated guests over the age of 12 joining its cruises from Florida to have travel insurance. The requirement was introduced after Florida Governor Ron DeSantis barred companies from asking customers about their vaccine status.

Tunisia extended curfews in all of its provinces and introduced new travel restrictions as the country reported 5,251 cases along with 106 deaths on Tuesday, a daily record since the beginning of the pandemic.

At least three billion doses of vaccine have been administered around the world, according to the latest data from Bloomberg, as the pace of the global roll-out continues to accelerate.

Of the roughly 43 million doses now being administered every day according to Bloomberg’s Vaccine Tracker, almost half are being performed in China. China’s pace of vaccinations is enough to cover 75% of the population there with a two-dose regimen about a month from now, a rapid roll-out that has eclipsed similar efforts in the US, the European Union and India.

The pace of the vaccine effort continues to accelerate. It took 143 days to perform the first billion doses, and another 40 days for the second billion. The third billion doses were performed in 26 days, according to Bloomberg’s data.

Senior executives who have travelled to England can temporarily leave quarantine if their work is likely to bring major benefits to the UK economy, the government announced on Tuesday.

The exemption from isolation rules for newly arrived travellers applies to multinational executives who are visiting British branches of their firms. Critics of the decision questioned why it wasn’t also extended to smaller businesses. DM