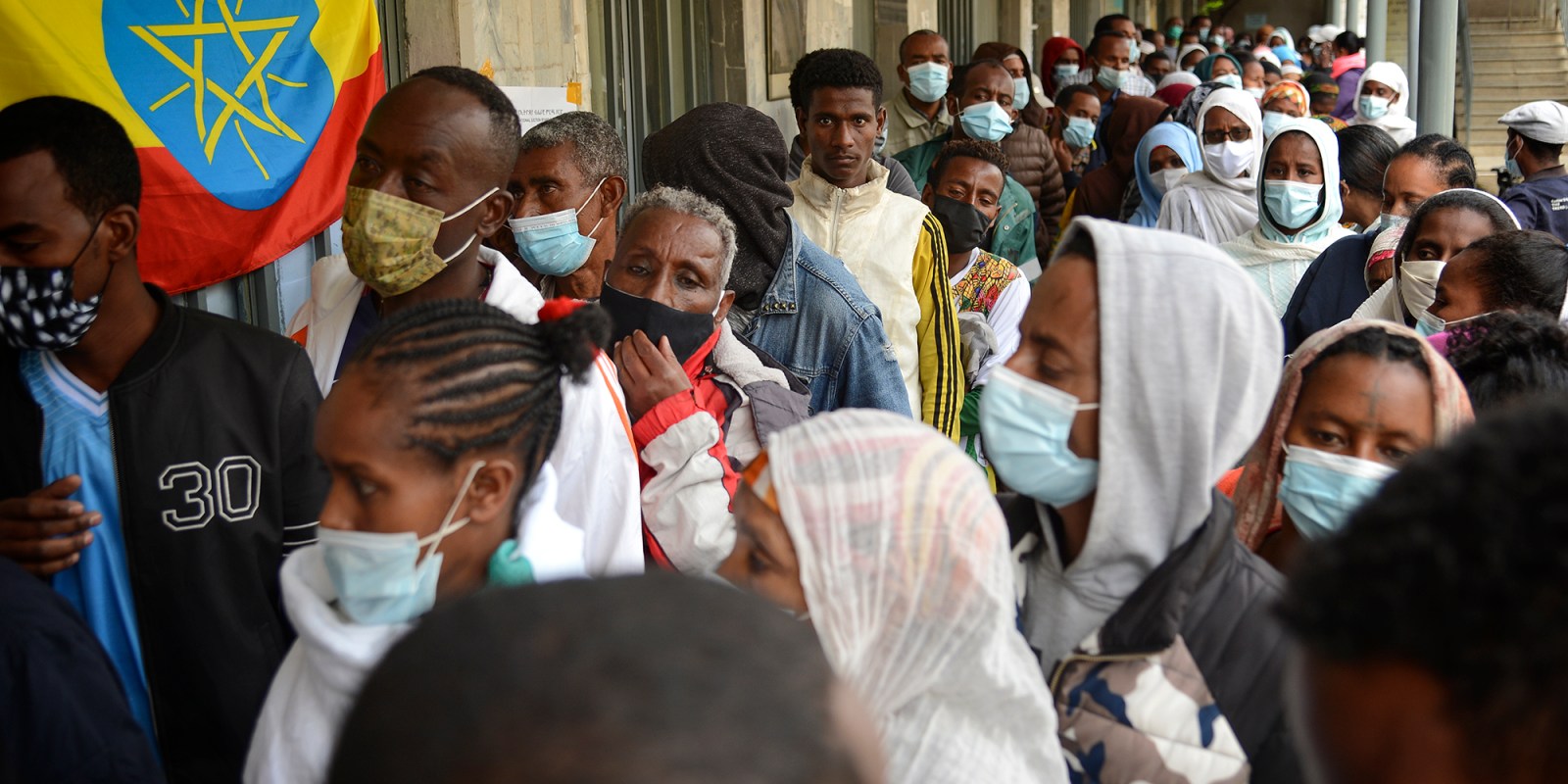 Ethiopians wait to cast their ballots in the presidential elections at a polling station in Addis Ababa on 21 June 2021. (Photo: EPA-EFE / STR)

Enguday Meskele Ashine is senior adviser for the Refugees, IDPs and Migrants Department with the Ethiopian Human Rights Commission. Omotunde Enigbokan is Project Officer: Migration Unit, and Research Assistant at the Centre for Human Rights, University of Pretoria.

Ethiopia held its national election on 21 June 2021. Internally displaced persons (IDPs) participated in the national election by casting their votes at their place of displacement for their respective constituency of origin through absentee ballot procedure. In certain areas, the government of Ethiopia took special measures such as providing logistical and security safeguards in order to enable IDPs to cast their vote.

The Ethiopian Human Rights Commission (EHRC) played pivotal roles in ensuring that IDPs participated in the national election through engaging civic societies that advocated for the voting rights of IDPs. Furthermore, the EHRC prepared the Human Rights Agenda for Election 2021. This agenda “calls upon political parties to address human rights protection of vulnerable groups including IDPs in their manifesto”.

Ethiopia has made a major stride in recognising the electoral rights of IDPs. This can be seen in the Electoral Proclamation No 1162/2019 which provides for IDPs’ enfranchisement in elections.

The National Election Board of Ethiopia (NEBE) has also adopted a directive on the establishment of special polling stations for IDPs. This directive guarantees absentee ballot arrangements for the purpose of enfranchising IDPs living far from their constituencies.

The directive also captures IDPs’ concerns by circumventing onerous residency and documentation requirements. Knowing full well that Ethiopia has encountered an unprecedented rise of internal displacement while preparing for national elections, this is a very encouraging development for the country.

What it means for Ethiopia

By adopting enabling legislation, and ensuring IDPs’ participation in the June 2021 election, Ethiopia has lived up to its commitment under international and regional human rights standards, including the African Convention for the Protection and Assistance of Internally Displaced Persons (Kampala Convention).

Article 9(2)(L) of the Kampala Convention expressly calls upon member states “to take necessary measures to ensure that internally displaced persons who are citizens in their country of nationality can enjoy their civic and political rights, particularly public participation, the right to vote and to be elected to public office”. Though the government of Ethiopia has taken a number of measures, significant numbers of IDPs remain disenfranchised in some areas due to political and logistical barriers.

What it means for the rest of Africa

Arising from this laudable implementation of the rights of IDPs, the government of Ethiopia should ensure consistency in implementation by ensuring that IDPs are allowed to vote in the next national election to be held in September 2021 in regions where the June election was postponed due to security reasons.

In this regard, concrete measures must be taken to ensure the participation of IDPs, and the government must address the political and logistical barriers causing the disenfranchisement of IDPs. DM