Empire of Pain: A tale of the family that fuelled the US opioid crisis 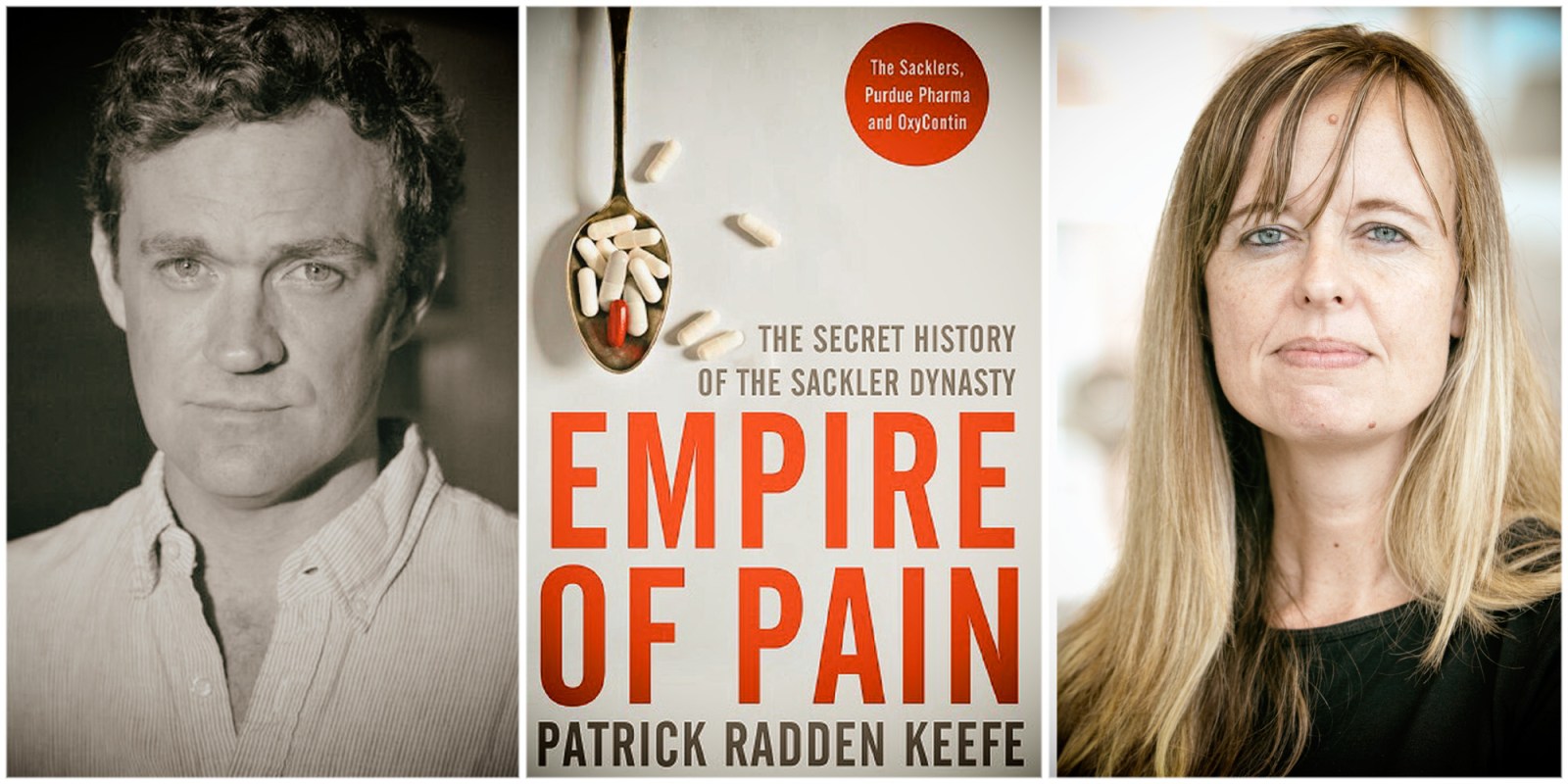 Patrick Radden Kaeefe’s latest book, ‘Empire of Pain: The Secret History of the Sackler Dynasty’, tells the devastating tale of how small incremental moral compromises coalesced into a public health crisis that killed hundreds of thousands and addicted millions.

Patrick Radden Kaeefe’s fourth book, Empire of Pain: The Secret History of the Sackler Dynasty, chronicles three generations of the Sackler family, one of the richest families in the world whose fortune was built by Valium and whose reputation was destroyed by OxyContin, the painkiller that spurred the US’s opioid crisis of recent years.

The book, which launched on Wednesday, details and points to a “collective” corruption that led to the addiction crisis: sketchy health regulators, deceived doctors and deluded facts about the highly addictive opioids.

It is a story of “total system failure”, Kaeefe, a staff writer at New Yorker magazine, told Daily Maverick’s Rebecca Davis at the virtual book launch. But, Kaeefe said, the Sackler family share a “special part” of the blame, owing to their early moves in what would lead to the crisis that killed half a million people.

Kaeefe, who had already written extensively about the illegal drug trade, came to the subject of the book indirectly.

“I was very interested in drug cartels in Mexico and the ways in which they operated — not just as criminal organisations but as multinational commodities: businesses,” he said.

Investigating a strange uptick in Mexican heroin moving across the border into the US led him to the opioid crisis.

“As I looked into that [uptick in heroin], I discovered the dimensions of the opioid crisis, which was a staggering public health crisis,” he said.

Kaeefe’s investigation led him to a pharmaceutical company that was, in the words of a former employee, “the tip of the spear” of companies fuelling the opioid epidemic.

The company was Purdue Pharma, privately held and owned by the elusive Sackler family. The family name engaged Kaeefe’s interest. The Sacklers were largely known for their philanthropic gestures, but the origins of their fortune were a mystery.

“For all I knew they made their money in the 19th century. But it turned out that most of this fortune was actually made in recent decades,” said Kaeefe.

“There was this paradox in that the family had this kind of mania for putting their name on philanthropic gifts on buildings, on wings of museums and university buildings.

“On the flip side of that, they have been very careful of erasing the family name when it came to the opioids that they sold or the devastating legacy of those opioids.”

What Kaeefe uncovered, and tells in his well-documented opus, was a trail of evidence, from legal documents to personal emails from the Sacklers showing how the family micromanaged the company, knowing what their product was doing.

“One of the big decisions in the book was to not write a book about the opioid crisis per se, but to really tell this as a family saga,” he said.

Kaeefe’s book traces the crisis back to Arthur Sackler, who designed the marketing scheme for Valium and took advantage of the pharmaceutical boom when penicillin had just been introduced and “there was a real sense [that] some day there would be a pill for every human affliction”.

“He had a genius for breaking down the boundaries between medicine and commerce, for allowing commerce to manipulate and drive medicine,” said Kaeefe.

“Even though he died in 1987, you can see — in embryo in the story of Arthur Sackler — all of the phenomena that will later play out in the opioid crisis and indeed, the family’s marketing and sale of OxyContin, this very powerful drug.”

While the Sackler family claim to not have known the deceitful workings of their company, the book documents otherwise.

“The opioid crisis is a tremendously complicated public health crisis that unfolds for a quarter of a century. You don’t get there through the bad actions of any one actor or set of actors, it takes a village.” DM