The crooked blue line: Dodgy cops still work with gangsters, as they did during apartheid 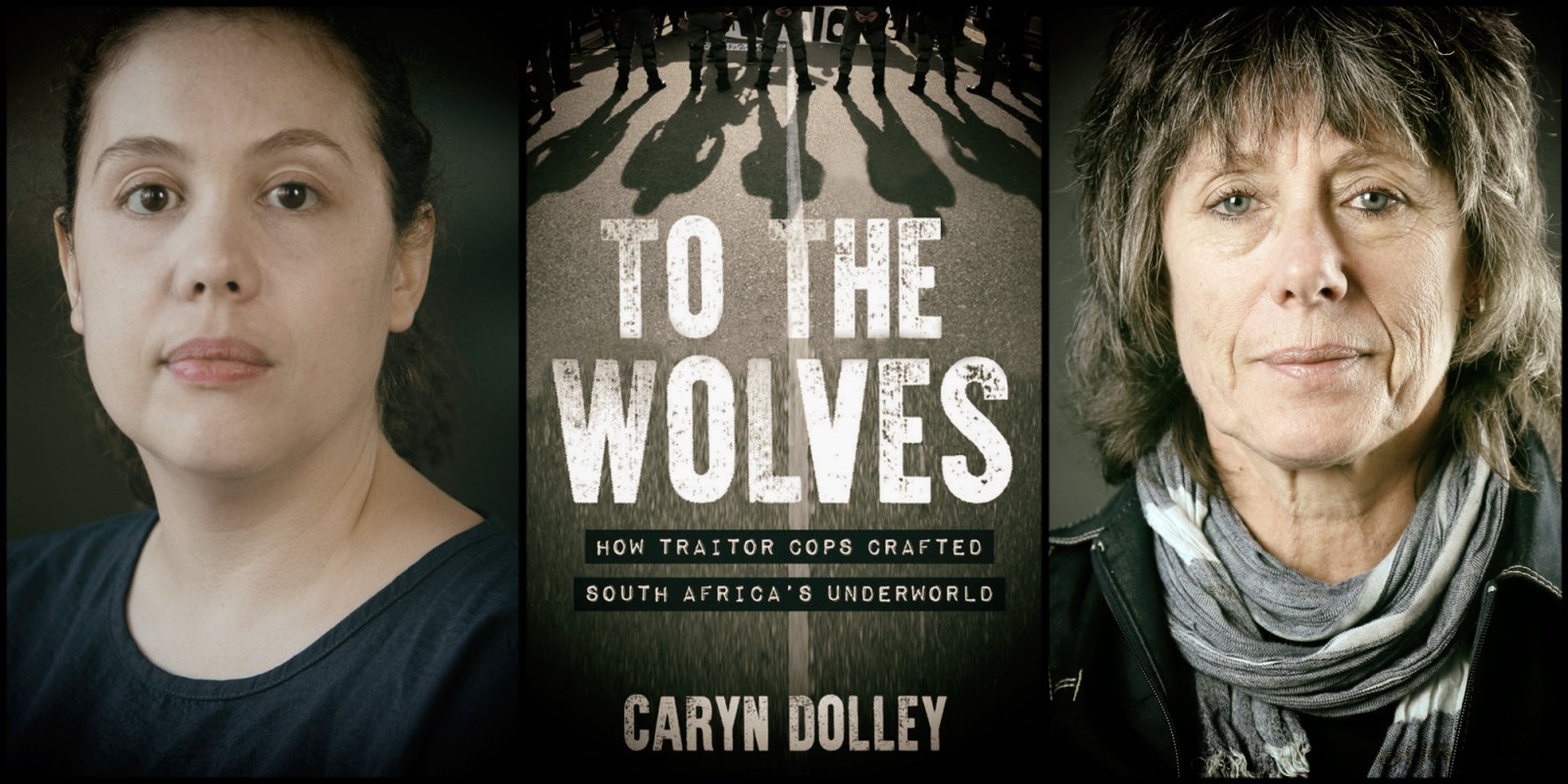 By tracing patterns of entrenched criminality, Caryn Dolley’s new book, To the Wolves, attempts to show that gangsters are still working with the police, as they did during apartheid.

Dolley, who began her career covering crime and court cases, has reported extensively on the interconnection between crime, politics and law enforcement in South Africa.

Her new book, To the Wolves: How Traitor Cops Crafted South Africa’s Underworld, had its official launch on Tuesday. Dolley discussed her book and how it came to be, in a webinar hosted by Daily Maverick associate editor Marianne Thamm.

To the Wolves is Dolley’s second book; her first was The Enforcers: Inside Cape Town’s Deadly Nightclub Battles, published in 2019.

In The Enforcers, Dolley explored club security – the “bouncer battles” – in the Western Cape and Gauteng. The book unpacked the connections between Cape Town’s criminal underworld and nightclubs through the lens of suspects.

To the Wolves is a continuation of the same topic, but is framed through the lens of policing, and provides a more explosive view of the development of South Africa’s criminal underworld over time.

In 2019, Dolley distanced herself from journalism and worked at a non-profit organisation for a year. During this period, Dolley described how in her spare time she would go back to her old notebooks to try and understand the broader picture of these underworld-related matters and their political and law enforcement links.

Both of Dolley’s books touch on apartheid and focus on the collusion between police and criminals towards the end of the regime.

But although Dolley dedicates a section of her new book to apartheid, most of To the Wolves’ content focuses on the years immediately after the end of apartheid South Africa, and how what occurred in those years continues to fuel crime today.

By tracing patterns of entrenched criminality, Dolley attempts to show that gangsters are still working with the police, as they did during apartheid.

“There’s nothing to suggest an end after apartheid,” she said.

In her book, Dolley illustrates this “generational, cyclical” form of criminality by referring to Cape Flats gang boss Ralph Stanfield – the nephew of Colin Stanfield, a deceased local gangster and underworld kingpin – who is now facing serious criminal charges.

“The very people that were problematic back then are still problematic,” said Dolley.

She explained how apartheid officers and operatives used gangsters to spy on political opponents. The officers who were aware of what the apartheid operatives were involved in were all absorbed into the police service after 1994 and we still bear witness to “the same cracks and fissures”, said Dolley.

“Cape Town is unique because we also have a group of serving, former and, in one case, fired police officers who worked against the apartheid state, and all these individuals were absorbed into the same almalgamated police service.”

Dolley’s book is grounded in the effect the policing crisis has on communities, and is replete with assassinations, shootings in restaurants and children being maimed for life.

“What happened within the police service is fatal State Capture, and we are seeing that on the ground with shootings,” said Dolley.

“On the ground, the impact is horrific.” DM

Order your copy of Caryn Dolley’s To the Wolves: How Traitor Cops Crafted South Africa’s Underworld directly from the Daily Maverick Shop and receive free delivery anywhere in South Africa.