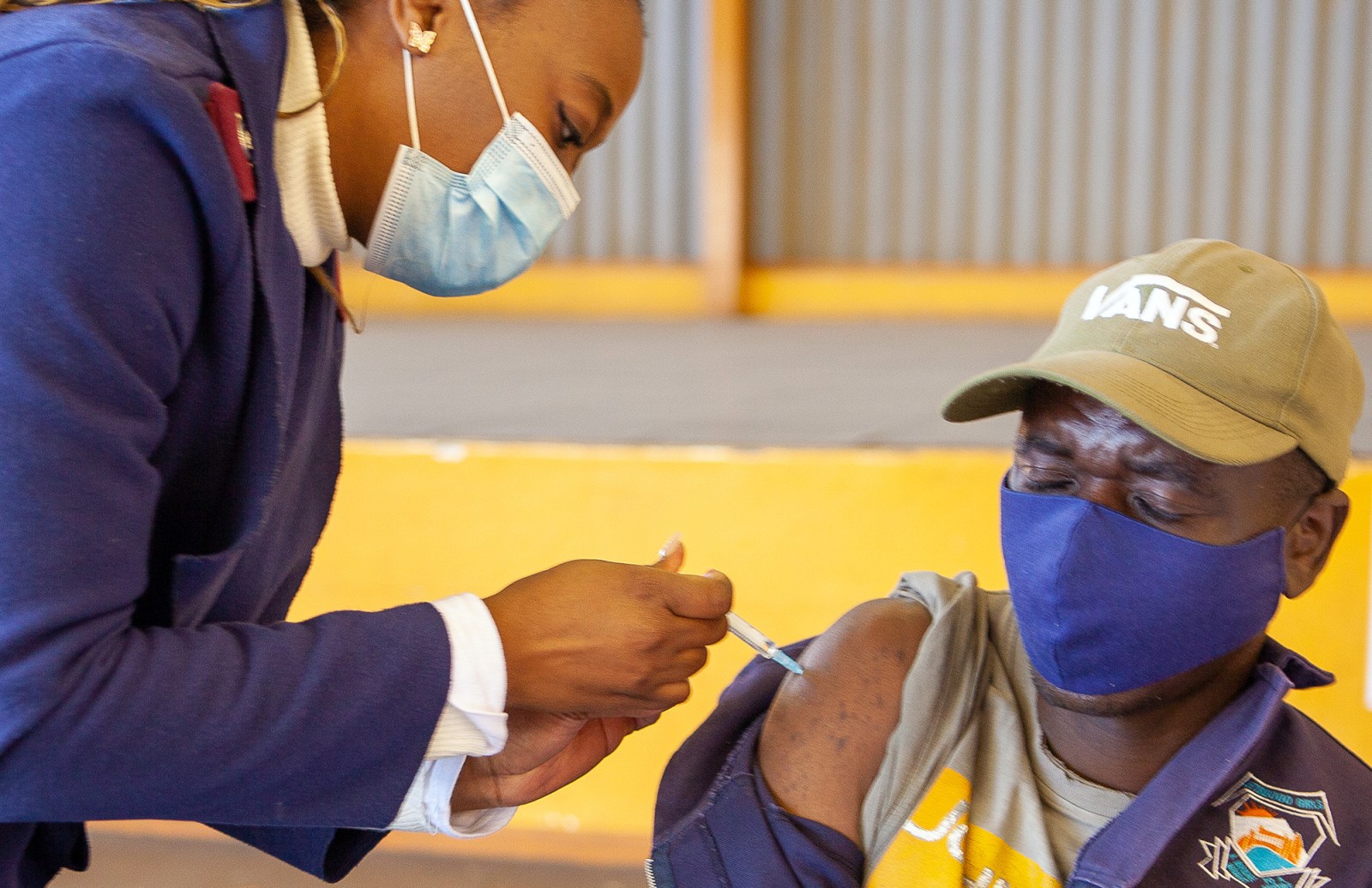 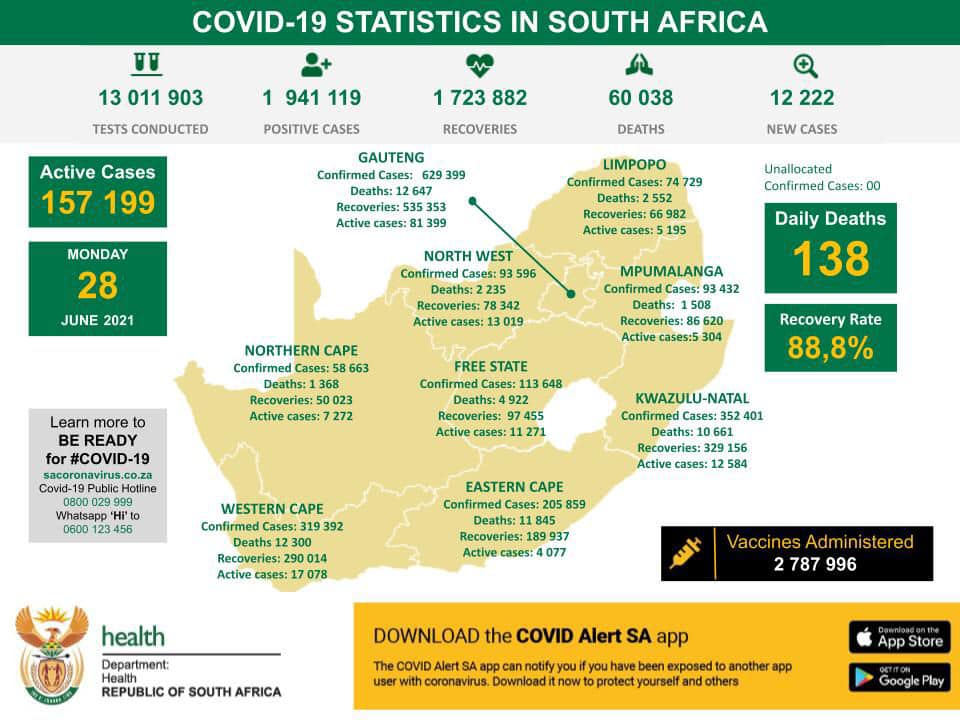 The US rose to the top of Bloomberg’s Covid Resilience Ranking for the first time, a measure that indicates how well countries are handling the pandemic. European nations also moved higher on the list as they opened up for summer.

An end to restrictions in England is “very likely” to go ahead on 19 July, UK Prime Minister Boris Johnson said, even as governments from Europe to Asia imposed new limits on travel from Britain, which is seeing a sharp growth in cases of the highly transmissible Delta variant. The UK on Monday reported the most new cases since January.

Meanwhile, Bloomberg News interviewed the last and only foreign scientist in Wuhan’s virology lab, giving an insider’s perspective on a place that’s become a flashpoint in the search for what caused the worst pandemic in a century.

Romania will sell about one million doses of Pfizer vaccine to Denmark as the eastern European country has a surplus and vaccine intention among citizens is declining, according to Prime Minister Florin Citu.

South Africa’s official death toll from Covid-19 has passed 60,000, the National Institute of Communicable Diseases said. Over the past 24 hours, 138 deaths from the disease were reported, bringing the total to 60,038, the NICD said in a statement on Monday.

Abu Dhabi, the capital of the United Arab Emirates, will restrict access to some public places such as schools and restaurants unless people are vaccinated, beginning on 20 August.

The Abu Dhabi media office said the decision came after 93% of target groups had been vaccinated. It covers shopping centres, restaurants, recreational facilities, resorts, nurseries, schools and universities. Children under 15 are exempt.

Tanzania plans to spend at least $470-million to battle the coronavirus after the nation’s new leader shifted the government’s policy to be more proactive against the pandemic.

Half of the funds “will go toward vaccines and other medical equipment”, President Samia Suluhu Hassan told journalists in the commercial hub, Dar es Salaam on Monday. “The other half will go toward bailing out sectors affected by the pandemic.”

The East African nation has 100 known active cases of the virus, including 70 patients on oxygen, Hassan said, marking the first time the government has released Covid-19 data in about a year. Hassan’s predecessor, John Magufuli, played down the threat of the disease and hadn’t announced any plans for acquiring vaccines before he died in March.

UK reports most cases since January

The UK reported 22,868 new Covid-19 cases, the most since 30 January, according to its latest update. The number of reported deaths stayed low, with three more reported within 28 days of a positive test. More than 84% of adults in the UK have had one vaccine and nearly 62% of adults have had two.

Mixing doses of Covid-19 vaccines from Pfizer and AstraZeneca creates a strong immune response, according to results from a University of Oxford study, a finding that could enable greater flexibility in the use of scarce supplies.

A mixed schedule of the Pfizer shot followed by the Astra vaccine, and vice versa, resulted in high concentrations of antibodies against Covid-19 when given four weeks apart, researchers reported on Monday in the Lancet medical journal.

Scotland reported a record 3,285 new cases of coronavirus during the past 24 hours, the biggest daily increase since the start of the pandemic.

That exceeds the previous daily record of 2,999, which was reported last week, according to official figures from the devolved Scottish government, which is responsible for health.

Scotland’s semi-autonomous government, led by First Minister Nicola Sturgeon, has said it’s aiming to lift all the remaining restrictions on movement and social interaction by 9 August, as vaccinations break the link between infection and hospitalisation. So far, about 3.8 million of Scotland’s 5.5 million people have received their first dose of the Covid-19 vaccine.

England is “very likely” to see the end of pandemic restrictions on 19 July, British Prime Minister Boris Johnson said, despite a surge in infections of the new Delta variant.

Hospitalisation and death rates remain relatively low as the UK’s vaccine programme progresses, Johnson said, adding that it would be “sensible” to take a few more weeks to analyse the infection patterns and deliver more second vaccine doses before lifting the curbs.

“With every day that goes by it’s clearer to me and all our scientific advisers that we’re very likely to be in a position on July 19 to say that really is the terminus, and we can go back to life as it was before Covid as far as possible,” Johnson told reporters Monday.

Immune responses to the AstraZeneca Plc Covid-19 vaccine improve with a gap of as long as 45 weeks between doses, with a third shot able to boost antibody levels even further, according to a study.

Leaving a gap of as long as 10 months between the first and second doses increased the level of protective antibodies, according to research from the University of Oxford published on Monday. The researchers were also able to show for the first time that a booster dose induced a strong response and increased activity against variants.

Hong Kong will ban all passenger flights from Britain starting Thursday as it puts the country on its “extremely high risk” Covid-19 category, just as it loosens entry requirements for most other places.

The UK was on Hong Kong’s extremely high-risk category from December to May, when it was lowered to very high risk as its epidemic situation eased.

Only a handful of other countries are in Hong Kong’s highest risk category: Brazil, India, Indonesia, Nepal, Pakistan, the Philippines and South Africa.

Spain and Portugal imposed new restrictions on visitors arriving from the UK, where infections are rising sharply.

Unvaccinated arrivals to Portugal from Britain will face mandatory quarantine, while Spain will request proof of full vaccination or a negative PCR test for British travellers to the Balearic Islands, including Mallorca and Ibiza, Prime Minister Pedro Sanchez said on Monday. Spain’s decision comes after the UK allowed quarantine-free travel to the islands and as Spain gears up for the summer vacation season.

Spain previously allowed all travellers from the UK to enter without a PCR test as long as they had been in the UK for the previous 14 days. New rules for the rest of Spain have not been detailed yet and there have been no details regarding children.

Indonesia will start offering Covid-19 vaccinations to those of age 12 to 17 years old, after last week extending inoculation to all adults to curb a worsening virus resurgence.

Southeast Asia’s coronavirus hotspot is battling a rapid spike in coronavirus cases. President Joko Widod has set a target of administering one million doses a day, rising to two million a day in August. On Monday, only about 377,000 shots were given, down from about 700,000 a day last week.

US best place to ride out pandemic

Almost a year and a half into the pandemic, the best and worst places to be in the Covid-19 era are increasingly defined by one thing: normalisation. With this in mind, Bloomberg’s Covid Resilience Ranking now includes flight capacity recovery and vaccinated travel routes — indicators that track progress in reopening.

The new metrics, and the waning of outbreaks in highly vaccinated places using Messenger RNA vaccines, means June’s ranking has a new No 1: the US.

European nations such as Switzerland, France and Spain also jump into the top 10 on the back of their vaccination plus normalisation drives. Meanwhile, previous top performers such as New Zealand and Singapore drop as they struggle to find a path to reopen to the world after early aggressive, isolationist policies.

A rich-poor divide has also solidified, with developing nations such as India, Argentina and the Philippines ranked at the bottom as they face a perfect storm of vaccine inadequacy, the spread of variants and global isolation. DM