Caster Semenya in last-ditch attempt to qualify for Olympics 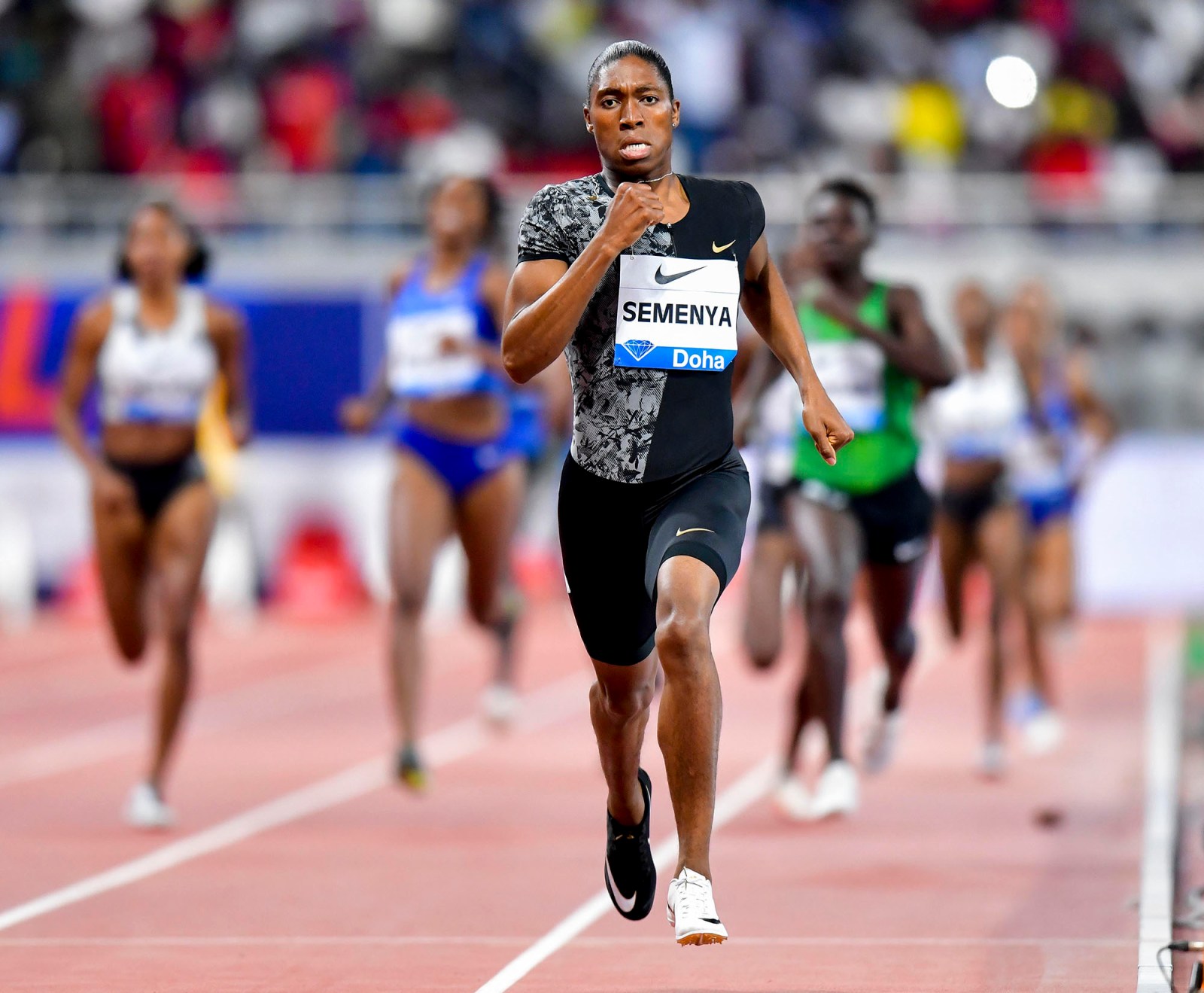 Caster Semenya on her way to win the 800m race during the IAAF Diamond League athletics meeting in Doha, Qatar on 3 May 2019. She is banned from competing in any race from 400m to a mile. (Image: EPA-EFE/NOUSHAD THEKKAYIL

Double Olympic champion Caster Semenya will race over 5,000m at a meeting in Belgium this week as she bids one last time for a spot in Tokyo.

The 30-year-old South African is banned from competing in any race from 400m to a mile after the sport’s governing body, World Athletics, ruled in 2018 that to ensure fair competition, women with high natural testosterone levels must take medication to reduce them to compete in middle-distance races.

The double Olympic 800m champion, who refuses to take any medication to alter her testosterone levels, has been left with the 5,000m as her best chance to go to the Tokyo Games, but her efforts so far to finish inside the qualifying mark of 15:10.00 have failed.

Semenya has had two attempts since winning the South African 5,000m title in Pretoria in April, but her fastest time was 15:32.15 at a meeting in Durban last month that was specially arranged to offer her an opportunity.

Semenya then left to race in Europe where she felt she had a better chance to qualify alongside stronger runners, but in Regensburg, Germany on 19 June could not do better than fourth, in 15:57.12.

Wednesday’s meeting in Liege, which is part of World Athletics’ Continental Tour, will be her last chance. The International Olympic Committee has set Tuesday as the last chance for athletics to qualify for Tokyo, but Athletics South Africa is understood to have secured her one day’s grace.

Hopes of an invitation to the Olympics are unlikely as 44 women have already qualified for the 42 places in the Tokyo 5,000m race. The heats are on 30 July and the final on 2 August.

Semenya continues to challenge the World Athletics ruling and has taken her case to the European Court of Human Rights, but the case is unlikely to be completed by the time the Tokyo Games begin on 23 July.

She attempted the 200m in 2020 as an alternative, and lowered her personal best from 24.26 to 23.49, but was still well outside the Olympic qualifying mark of 22.80. She then abandoned plans in favour of the much longer distance as she said she feared injury. Reuters/DM