An African mRNA jab: The hub as a first step towards African vaccine independence 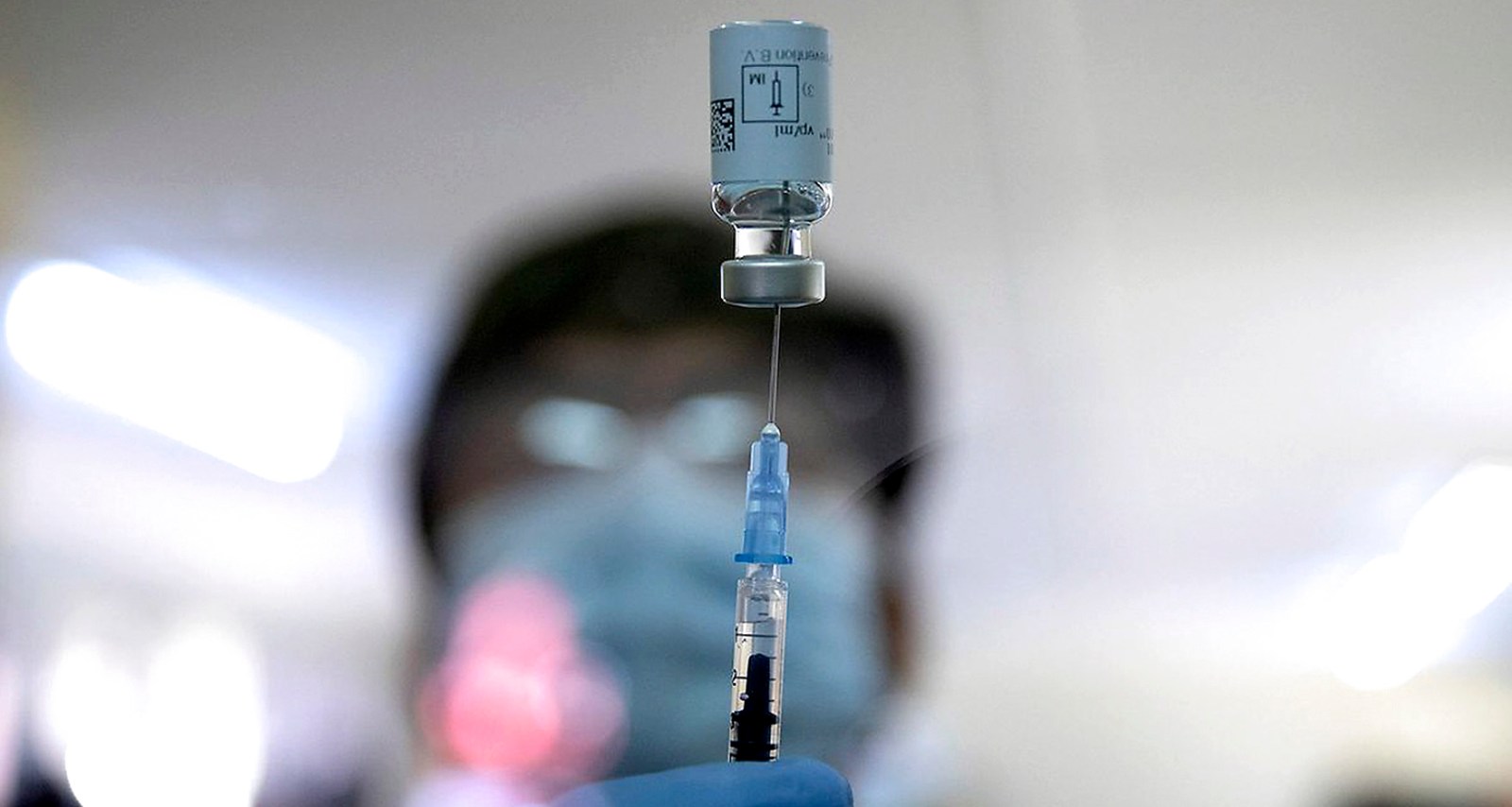 A newly launched Covid-19 vaccine technology sharing hub in South Africa has the potential to improve access to some of the most effective, adaptable and easy-to-produce shots — mRNA vaccines. For the hub to be as successful as possible, established manufacturers need to urgently share their technologies and countries need to do their part to help make this happen.

The global inequity in access to Covid-19 vaccine doses has received significant attention over the past couple of months, but few have paid attention to one of the root causes exacerbating this inequity: control of knowledge and technical capacity to produce these vaccines has been in the hands of just a few manufacturers. As World Health Organization (WHO) Director-General Dr Tedros Adhanom Ghebreyesus has said, the pandemic “has shown that relying on a few companies to supply global public goods is limiting and dangerous”.

Through the “Covid-19 mRNA vaccine technology transfer hub”, the first of which is to be established in South Africa, WHO has announced a new approach to sharing knowledge and diversify technical production capacity for the mRNA vaccine platform — an exceedingly versatile, adaptable and effective vaccine technology.

Countries have claimed that they are doing all they can to solve this crisis and end the pandemic for everyone. Yet the actions needed are fundamentally different to the ones that the global community has taken thus far. For example, the Covax Facility, intended to be the key mechanism bringing vaccine doses from a limited number of manufacturers to Africa, has failed to even deliver enough doses to vaccinate the highest risk populations.

The mRNA vaccine technology transfer hub offers an opportunity for countries to deliver on those promises to do all they can. Next to dose sharing, it may be the quickest way to expand access to Covid-19 vaccines in low- and middle-income countries. Now it’s on the German and US governments in particular, as hosts of the key mRNA developers, BioNTech/Pfizer and Moderna, to leverage their positions as major Covid-19 vaccine research and development (R&D) funders and make these companies share their mRNA technology.

Companies with approved products have expressed doubts as to their capacity to transfer their technology to companies based on the African continent, claiming lack of in-house human resources for yet another technology transfer, or lack of knowledge of the pharmaceutical sector in leading African countries. We believe that the creation of the mRNA vaccine technology transfer hub in South Africa resolves these concerns.

The tech transfer hub idea is not new. It is based on WHO’s successful experience with the Global Action Plan for Influenza Vaccines (GAP). The hub has two main components: the first offers clinical and industrial development services to early-stage mRNA eligible candidates for them to achieve regulatory approval. The second offers tech transfer support to third-party companies that are interested in receiving the technology once it is approved. This second component includes the sharing of all required data generated by the hub and/or the originator company, in addition to providing necessary training to operators from receiving companies at the hub facilities.

WHO’s choice of South Africa as the first mRNA tech transfer hub is based on a careful assessment of what South Africa has to offer in the area of health sciences and technology. South Africa can provide infrastructure support, both industrial and research and development (R&D), and offers a pool of highly trained people across all necessary areas for this project to succeed.

The choice to focus on mRNA vaccines is also strategic. One of the major advantages of the mRNA technology is that a substantial number of doses can be produced in a relatively small physical space, making the integration of an mRNA production suite possible in an existing manufacturing site as long as the basic production environment, and access to fundamental inputs, such as water for injection, are guaranteed. Unlike all other vaccine production technologies, mRNA production does not require living cell or virus manipulation; therefore, it can be integrated into existing facilities that produce injectable medicines, after adequate retrofitting and training of personnel.

Another advantage of mRNA vaccines is relatively short lead times and limited prior experience needed to rapidly absorb the technology and run manufacturing operations. Despite a lack of transparency regarding the current production setups of mRNA vaccines, we do know that both Moderna and BioNTech rely on a vast network of contract manufacturers in Europe, including to produce the vaccines’ active ingredient (vaccine in bulk). Our research suggests, that on average, six to nine months were needed for these contract manufacturers to start the production after tech transfer deals were announced. Rovi, a Spanish company that will soon start producing Moderna’s active ingredient, has no previous experience in biologicals or vaccine production.

MSF and others’ research suggests that manufacturers producing aseptically prepared injectable medicines could produce an approved mRNA technology if an originator company shares all necessary elements. We have also identified at least seven such manufacturing sites dealing with injectable medicines and operating consistently with WHO current Good Manufacturing Practice for sterile pharmaceutical medicines in Africa.

With capable manufacturers at the ready to produce mRNA vaccines, countries in Africa could move towards self-sufficient pandemic responses and begin to move away from heavy dependence on vaccines imports.

In the mid- to long-term, the hub would allow manufacturers to leverage the mRNA technology to support efforts to also prepare against emerging infectious diseases on the continent such as the Ebola, Nipah or Lassa viruses, or to produce future vaccines currently under development using the mRNA platform against diseases such as tuberculosis.

For the hub to effectively address the harmful dynamics of the concentrated power of pharmaceutical production, it must ensure the full independence of the manufacturers it supports and be as transparent as possible about the technology transfer agreements it signs.

Agreements signed by the hub with developers of mRNA vaccines should not place geographic restrictions on the countries to which hub tech transfer recipients can supply vaccines. They also should not limit the technologies’ use to just Covid-19. Agreements should be published in full — as is customary with licensing agreements signed by the voluntary-licence and patent-pooling organisation, the Medicines Patent Pool.

To start Covid-19 vaccine production in an African facility as soon as possible, at least one of the two companies with approved mRNA vaccines, Moderna and Pfizer/BioNTech, must share all necessary technology, know-how and materials with the hub immediately. This will avoid lengthy development timelines and failure risk associated with any early-stage vaccine candidate and will result in tremendous savings in efforts and resources.

The capacity building and training component of the hub could benefit from an already approved and tried technology, rapidly master it, and start transferring it to eligible producers across the continent. The acquired expertise would then be instrumental in helping to advance the development of early-stage candidates given the high level of similarity between the different mRNA vaccine technology platforms.

For this project to succeed in the short term, companies receiving the technology from one of the two approved manufacturers through the hub should have full access to the supply chain of critical starting materials established by the originator companies, avoiding delays and costs associated with the identification and validation of alternative sources of these materials.

Given the ongoing global scarcity of Covid-19 vaccines to not only save lives, but also end the pandemic, all actors involved should make sure that the hub is a success. Moderna and BioNTech/Pfizer should urgently share their technology and work actively with the newly established WHO mRNA technology hub to increase vaccine supplies and save lives.

All governments should support the hub and live up to their promises of global solidarity to realise our shared goal to see the end of this pandemic. MC/DM