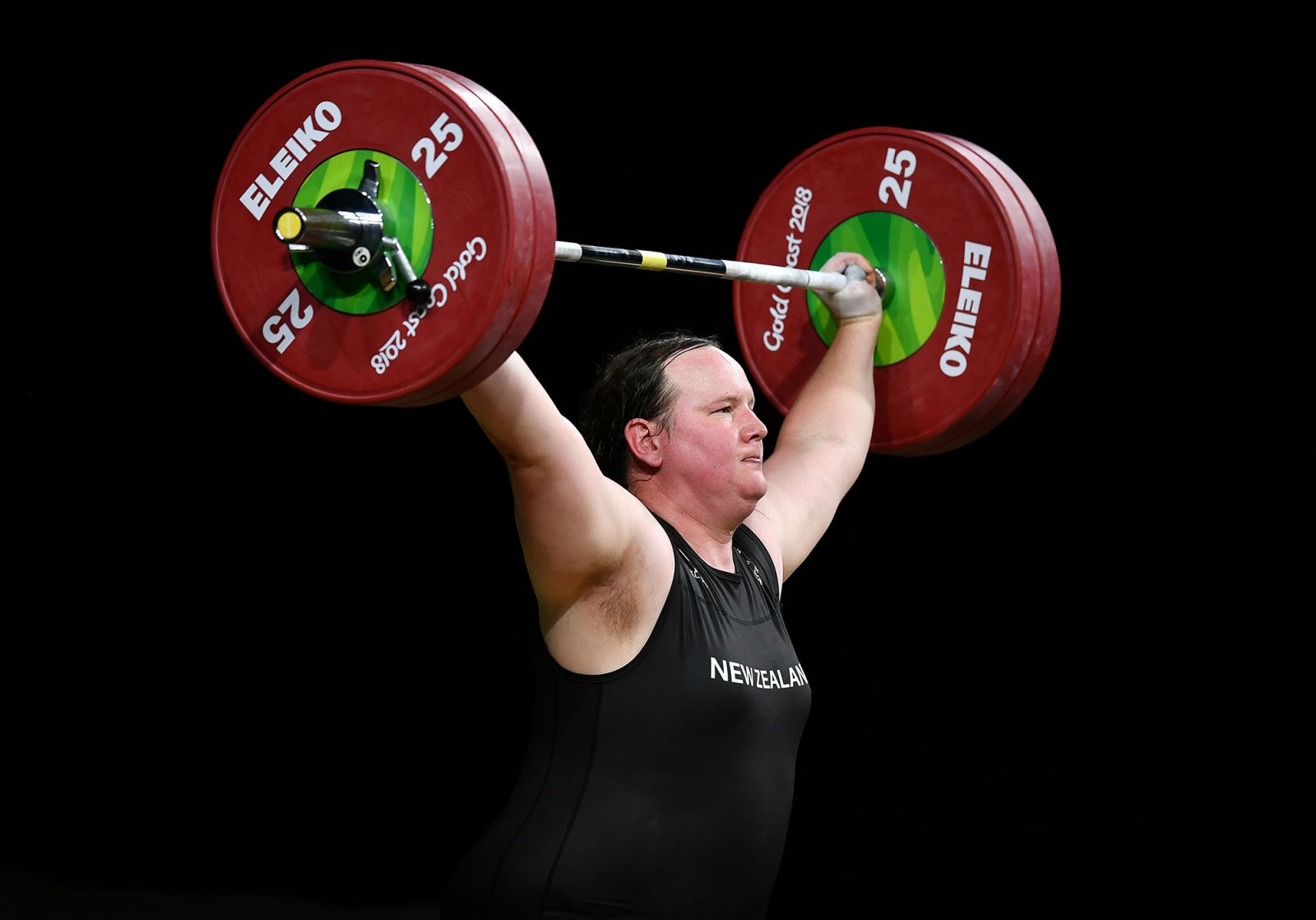 New Zealand’s decision to include Laurel Hubbard in their team for the Tokyo Olympics has once again shone the light on transgender women’s participation in women’s sport.

Laurel Hubbard may win a medal in the women’s weightlifting in Tokyo, or she may not. She will, however, be one of the Games’ biggest names, the personification of one of sport’s biggest controversies, when she becomes the first known transgender Olympian. This was confirmed this week when, as expected, New Zealand named the 43-year-old for their team.

This occurrence was inevitable, as far back as 2003, when sport confronted the difficult issue of transgender athletes for the first time. In one respect, it is unfortunate and unfair that the spotlight will now fall so squarely on a single athlete, when it should really be on the policy that allows transgender women to participate in women’s sport provided they reduce their testosterone levels to below 10 nanomoles per litre for at least 12 months.

In another respect, Hubbard’s Tokyo participation has accelerated the conversation about sport’s unsolvable problem, because rather than being abstract or theoretical, there will now be a case of a transgender woman competing on the highest stage in women’s sport. This has “crystallised” the issue, bringing far more opinions into the open than in the past.

Root of the issue

The controversy is this: what should sport do with a person who undergoes development and maturation as a male, identifies as a woman and wishes to participate in women’s sport? To address this, it is worth taking a step back, to understand the issues from first principles.

At the very root is the necessary existence of women’s sport for valid reasons created by biology. That is, performance differences between males and females are created primarily by male hormones such as testosterone, which drive the development of male characteristics – larger hearts and lungs, more haemoglobin, denser and differently shaped skeletons, less body fat, and increased muscle size and strength.

Collectively, these biological differences create substantial performance advantages. It is why the best male athletes are 10% to 15% faster in swimming, cycling and running, 30% more powerful, 30% to 60% stronger (particularly in upper body strength tasks like weightlifting), and can punch 260% more powerfully than the best females.

Thus, we arrive at a position most would agree on – women’s sport exists as a “closed” category to ensure opportunity, fairness and, in some instances, safety (think what a 260% punching power difference means in combat sports), by excluding those with the advantages created by testosterone in biological males.

Without it, women would have literally no place in sport – every year, for instance, about 2,000 men and boys, some as old as 45 and as young as 14, run faster than the fastest female 100m sprinter in the world.

At this point, it’s worth recognising that the best women outperform many, if not most, men. There is overlap from 100m to the marathon, and women Olympic athletes are exceptional, even when compared with men.

But that’s not the point – the point is that at matched competitive levels, so high school, club, national or Olympic, males have significant advantages that create the need for a female category that excludes them.

And indeed, if one tries to argue that a male-female overlap in performance disproves the male advantage, then we might as well allow all humans to compete in one category.

Success will then be the result of a gigantic “genetic lottery”, in which the winning ticket will always be held by a male (2,000 of them, per event, in fact).

Another misconception is that male advantages are analogous to various natural advantages, such as being tall, having fast-twitch fibres, or long arms, for various sports.

This is equally disingenuous because: a) unlike sex, these advantages do not cross category boundaries that exist for valid reasons (we don’t have short-athlete basketball, or short-armed swimming races, for instance), and b) these advantages are exactly what sport is trying to discover and reward.

Female athletes also have long arms, height and fast-twitch fibres, among dozens of other physiological attributes that make them champions within their category.

Once again, if all advantages are considered “natural”, then only a single category needs to exist for sport – the human race – and success will be available only to those who have the required natural advantages and who also happen to be male.

Returning to women’s sport, if the category is necessary, then it must be protected. That is, we must ensure that it appropriately excludes people who should not compete in it.

The requirement to exclude is thus fundamental to the existence of the category, just as it is essential to exclude heavyweight boxers from the lightweight division, and to prevent 26-year-old footballers from playing in the Fifa U-17 World Cup. All these categories – weight, age and sex – serve the same purpose and must be protected.

This is the point where tension is introduced. Reasonable and decent societies recognise and respect the rights of people to identify as they please.

There should be no issue in granting wide rights to transgender men and transgender women, like Laurel Hubbard. However, for sport, the right to self-identify “collides” with the rights of women to have a sporting category that excludes biological male advantages. Social factors run up against biology; controversy is the result.

What sport has tried to do is “fix” the issue at source. Having recognised that testosterone is a primary driver of the male-female performance gap, the premise was that if a person lowered their testosterone, advantages would be removed, enabling fair participation in women’s sport.

Incidentally, this is the same concept that sport applies to Caster Semenya, who is not transgender, but has a difference of sex development. She is also compelled to lower testosterone levels to be eligible for women’s events.

Semenya has chosen not to do this, whereas Hubbard has, and there are some other crucial differences, notably around medical ethics, but the biological principles are broadly similar.

In any event, given the premise of current policies, the only logical question is this: “Is there evidence that the fix works?” If yes, there is no major biological reason against Hubbard and others competing. If not, then sport would have legitimised a crossover of biological males into women’s sport without removal of advantage, thus creating unfairness for women.

The simple answer to the question is that, right now, based on available quality scientific evidence, there is strong reason to believe that performance advantages are retained, because lowering testosterone removes only a small part of the biological advantages.

For example, where the original male versus female difference in strength is 30% to 50%, suppressing testosterone for a year removes about 5% to 10%. By implication, most of the male advantages persist, and that is why so many have raised concerns about Hubbard.

Inclusion comes at the expense of fairness

The conclusion is that inclusion cannot coexist with fairness (or safety). It comes at the expense of it. One may yet argue that transgender women should be included for a greater social good, but given the zero-sum nature of sport, this means exclusion of women.

Hubbard in Tokyo means a female lifter is not there. That person is 21-year-old Kuinini Manumua of Tonga, who lost out on an Olympic place by virtue of Hubbard’s qualification.

Some have argued that inclusion should be assessed on a case-by-case basis. But this creates numerous problems. There are significant issues with “matching” transgender women to females to allow this case-by-case inclusion.

Even at the same mass, for instance, males are 30% stronger than females. Plus, it creates disincentives to train, because once “matched” and granted inclusion, the transgender woman would have to avoid getting stronger, lest they exceed some threshold and be excluded again.

This method would also end up achieving competition between exceptional females, who possess attributes at the 99th percentile, and relatively mediocre males, at the 80th percentile, which is the very definition of unfairness.

All in all, it is messy, with no solution that satisfies all. For that reason, sport will have to be “brave” and, instead of trying to clumsily and unsuccessfully balance the imperatives of fairness, inclusion and safety, it has to prioritise them, and choose which one to fulfil.

That decision will leave many unhappy, and a space for resentment and accusation, which may become more evident when Hubbard, and others in the future, achieve Olympic success. DM168