Reflections of a Wayward Boy: All our worldly goods sto...

Reflections of a Wayward Boy: All our worldly goods stolen… free at last 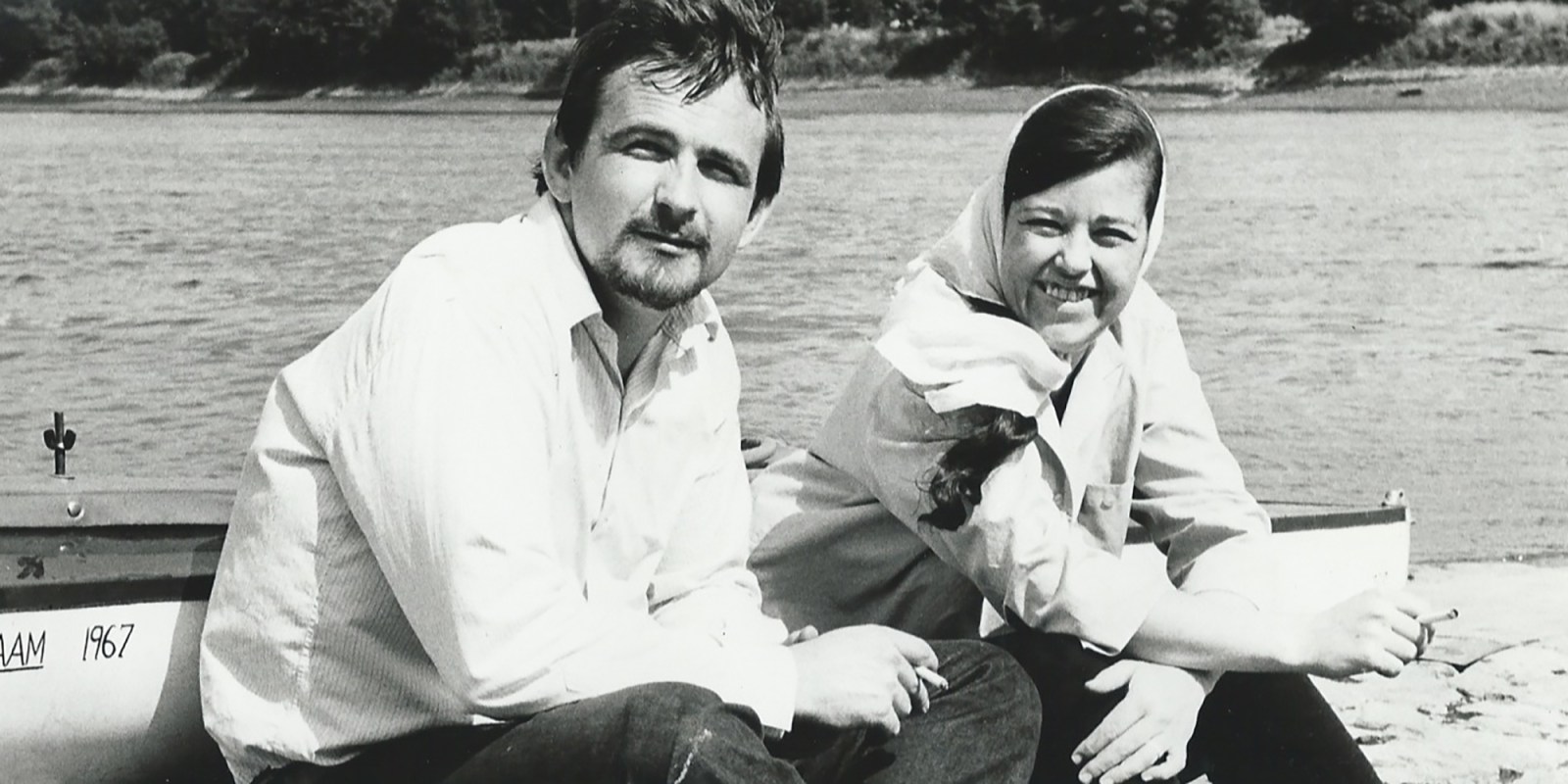 Terry Bell, 24, and his wife Barbara, 27, beside their fibreglass canoe Amandla. (Photo: Supplied)

Late July, 1968. A sunny summer day and, on a roadway south of Madrid, Barbara and I stood, hitching a ride to Cadiz. I carried a shoulder bag and wore a light blue shirt with dark blue tie, neatly pressed slacks and polished black leather shoes. Barbara sported a tartan skirt, fashionable blouse and equally fashionable sandals. We looked, as I remarked, ‘as if our Mercedes has just broken down’. In fact, the clothes we wore and the contents of the shoulder bag comprised the sum total of our possessions and Barbara noted perceptively: ‘I don’t think we’ll ever feel as free as this again.’

Less than two weeks before Barbara and I stood on the roadside, heading for Cadiz, we had stood at a roadside in central Madrid, dressed in old T-shirts and jeans as we realised that everything we owned was gone, stolen in broad daylight from one of the busiest streets in Madrid. All our possessions, including my much-travelled hat, had been packed across the back seats and tiny boot of the Citroen 2CV we had finally swapped as a means to travel to Dar es Salaam. We had parked it only 20 minutes earlier in order to pick up our third-class tickets on a supply ship bound for the last Spanish colony, Equatorial Guinea.

Since the car was stolen only minutes before and only a short distance from a police station, I was sure that it could be recovered. If the police put out an urgent alert, they would soon find it, especially since it was also very identifiable, having a Swiss flag and the name, HOPPERLI (in large white capitals) painted across the back.

But the police showed no interest in alerting anyone. They merely insisted that they would be happy to sign any insurance claims. However, we had no insurance — or any other vehicular documentation. In fact, we had no papers other than the receipt I had drafted and that noted that I had bought the vehicle in Morocco from a Werner Luginbühl. There was obviously nothing to be gained by pressing the issue about official paperwork.

Getting nowhere with the police and desperate for advice, Barbara and I found our way to the small apartment that housed the Irish embassy. Secretary Michael Lillas, later to become a leading diplomat in Europe, explained that there seemed to be an unwritten understanding between Madrid’s thieves and the police: the thieves would target foreigners, while the police would willingly sign any insurance claims put forward. The only real losers were the insurance companies.

Since we had three weeks before the Ciudad de Oviedo was set to sail from Cadiz, Michael suggested we search the mean backstreets of Madrid. “There’s a good chance you could find your car.” For 10 days we searched from first light in the morning and found a number of obviously stolen cars. But not HOPPERLI.

We took only one morning off to queue, before 6am, outside a department store offering a special, cut-price sale. There we joined a sea of chattering, jostling and seemingly uniformly black-clad women who seemed, once the doors opened, to possess elbows like steel levers. But we managed to buy, for a relative pittance, two changes of clothes each, other necessities and a shoulder bag to house our purchases.

It was in our freshly bought finery that we later stood on the roadside south of Madrid. It felt at the time almost as if we were starting a completely new life after months of frustration since leaving the sea and selling the kayak. Amandla had gone off on the roof rack of a Spanish car as we packed up all the gear we had carried, through rivers, canals and at sea.

Then, laden with our tent, camping gear, clothing, typewriter, camera, and even a portable reel-to-reel tape recorder, tapes, film, diary and short story drafts, we made it to Gibraltar to what was probably the first of the now ubiquitous backpacker hostels: Jock’s. For more than 20 years, Captain William Boyd — “Jock” — Brown had managed to maintain a refuge for those he dubbed “shoestring travellers”, initially demobbed servicemen at a loss for what to do after the end of World War 2.

He had emerged as a pacifist after being twice wounded in the carnage of World War 1 and was undoubtedly one of the most unforgettable characters we have ever met. It was he who also provided our next means of travel: a former British Post Office van that had been abandoned at the hostel.

It was in this van, along with an American, Douglas MacDonald, who hitched a ride with his 250cc motorbike (we thought it would provide transport to seek help if ever we got stuck) that we drove across Morocco to Oujda on the Algerian border. But there we were delayed because, as a journalist, it seemed that special permission was required for me to cross the border.

However, the delay proved fortunate. After two weeks, a Land Rover party that had just crossed the Sahara arrived with news that the southern rains had come early. The 2,000km-plus from Algiers to Niger — now the “Trans-Sahara highway” that can be traversed in 29 hours — would be impassable for months. So we headed west to Casablanca in the hope of finding a ship that would take us south of the desert.

Douglas and his motorbike left for the US while we, living in our ex-PO van and based in Casablanca’s “Oasis” campsite, continued trawling through shipping offices trying to find an inexpensive way around the desert. Another Oasis resident was Werner Luginbühl, a draft dodger from both the Swiss and Austrian armies (his bi-national parents were divorced and he was “called up” for army duty in both countries). He didn’t drive, but owned a Citroen 2CV, the simple, lightweight, easy to maintain small car with off-road capability, a better bet for us. Werner had no use for the car, so we sold the van and bought the 2CV, complete with painted flag and name.

It was then that one of the shipping agents told us about heavily subsidised supply ships that sailed from Spain every month to that country’s last colony, Equatorial Guinea. For the same price, we could travel either to Santa Isabel (now Malabo) on the island of Bioko or to Río Muni, the sliver of land between Cameroon and Gabon. Perfect. We could drive through Gabon or Cameroon and eventually get to Dar es Salaam.

But tickets and visas were only available in Madrid. Which is how we ended up losing the car and everything we owned. We also had little idea about Equatorial Guinea apart from the fact that it lay almost squarely across the equator, and we certainly did not intend to do anything except pass through.

But, as it turned out, we were stranded in Santa Isabel for months and were witness to the official birth of Equatorial Guinea as the world’s newest independent nation state. In an atmosphere of extreme tension, it was accompanied by a brief ceremony of sorts that turned out to be both anticlimactic and bizarre. DM