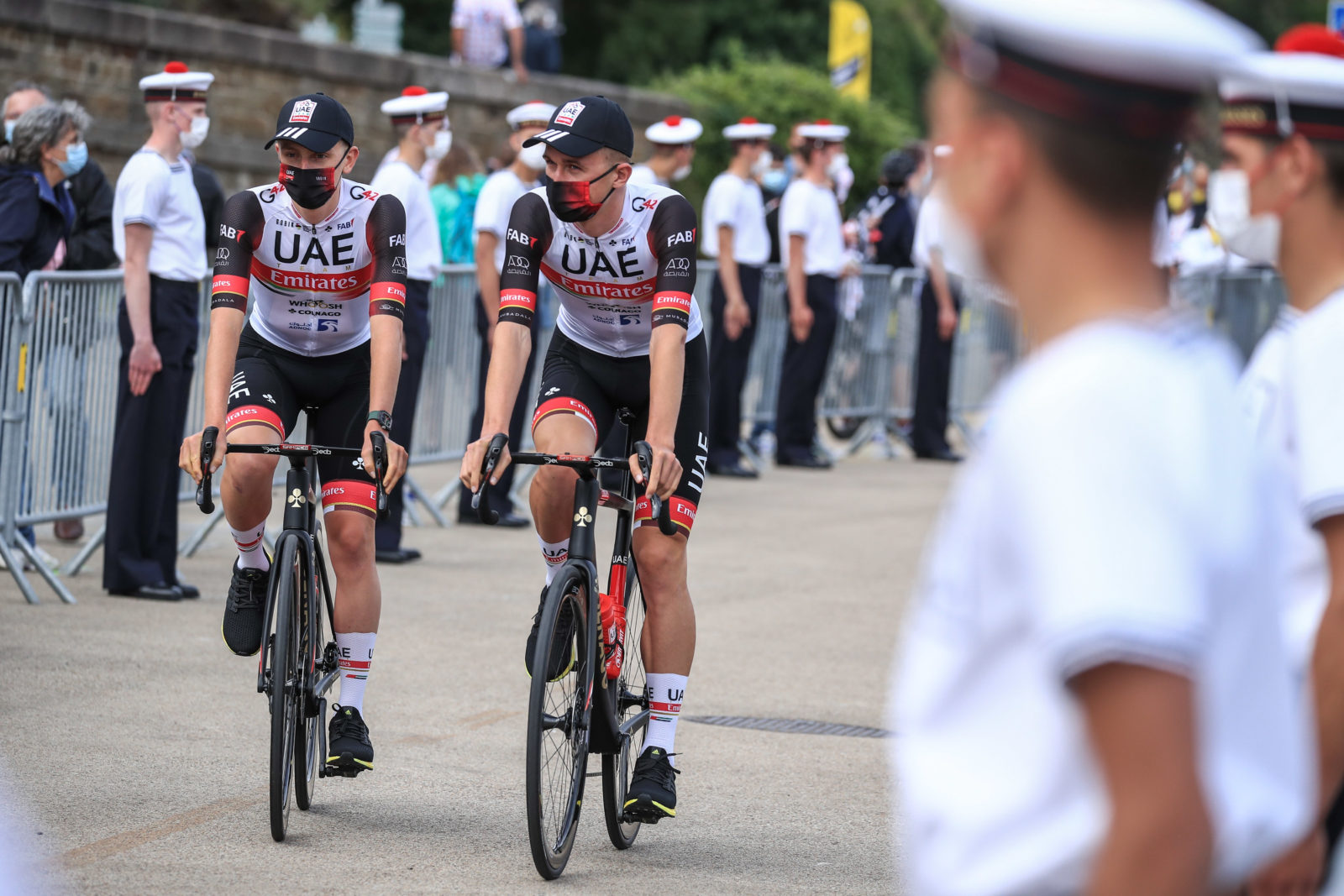 Tadej Pogacar and Primoz Roglic are the clear favourites for this year’s Tour de France, but an aggressive and star-studded Ineos-Grenadiers team may hold the key to the race, which sets out from the port city of Brest on Saturday. By Julien Pretot for Reuters

Pogacar blew Roglic away in the final time trial to win the race last year, and the 22-year-old has also triumphed in the Tirreno-Adriatico and Tour of Slovenia stage races in the lead-up to the Tour with dominant rides in the mountains.

Roglic, meanwhile, beat his young compatriot at the Tour of the Basque country in their only head-to-head duel in a stage race this season, more than two months ago.

Roglic has not raced since late April, looking to spare himself ahead of the Tour as the top contenders avoid each other, making the outcome of the three-week event starting from Brittany, the homeland of French cycling, harder to guess.

Geraint Thomas has been rediscovering his 2018 Tour-winning form this year, and he will share the leadership of Ineos-Grenadiers with 2020 Giro d’Italia champion Tao Geoghegan Hart and Richard Carapaz, who won the Giro in 2019.

Australian Richie Porte, who came third on the Tour last year, is also in the squad, which will no doubt be looking to blow up the race.

While Pogacar has shown more individual brilliance than Thomas, Carapaz or Geoghegan Hart, he is likely to suffer if the British outfit try to attack him with several riders.

“We won’t win this tour by sitting on the wheels. We have the team to make it a racers’ race, take the initiative, seize every opportunity and make our opposition focus for every kilometre of every stage,” team manager Dave Brailsford said.

“We have changed our race philosophy this season to being more open and aggressive. Our performances have built all season and a joy of racing has infused the whole team.”

With his climbing abilities, Ecuador’s Carapaz could emerge as the team leader as the Tour progresses. But as long as Thomas, Geoghegan Hart and Porte are in the mix, their rivals will need to keep an eye on all of them.

“Carapaz seems to be the best-placed although they won’t designate him right away [as team leader],” a sports director, who declined to be named but has led several title contenders on the Tour, told Reuters.

“They also have the advantage of making fewer strategic mistakes.”

Before the race reaches the Alps, world champion Julian Alaphilippe of France and Dutchman Mathieu van der Poel look set to battle it out for the first yellow jersey in the opening stage from Brest to Landerneau, which ends with a short climb that suits both riders.

Should Van der Poel win, he would find himself wearing the yellow jersey on his Tour debut, a feat his grandfather, the late Raymond Poulidor, never achieved despite finishing on the podium eight times and winning seven stages.

Four-time champion Chris Froome is back on the Tour after a one-year hiatus, but he has little hope of winning the race this year as the Briton has yet to regain his past form following a horror crash at the Criterium du Dauphine.

He will return to a climb that made his name for all the wrong reasons in 2016, the Mont Ventoux, which he ended up running up a section of after a mechanical fault on a surreal day of racing.

The riders will climb Ventoux twice on the 11th stage between the Alps and the Pyrenees, where the Queen stage of the race will take the peloton up Luz Ardiden after scaling the awe-inspiring Col du Tourmalet.

Another British rider, sprinter Mark Cavendish, also returns after three years away, earning a late call-up from his Deceuninck-Quick Step team, although he is likely to struggle to add to his remarkable 30 stage victories. Reuters/DM