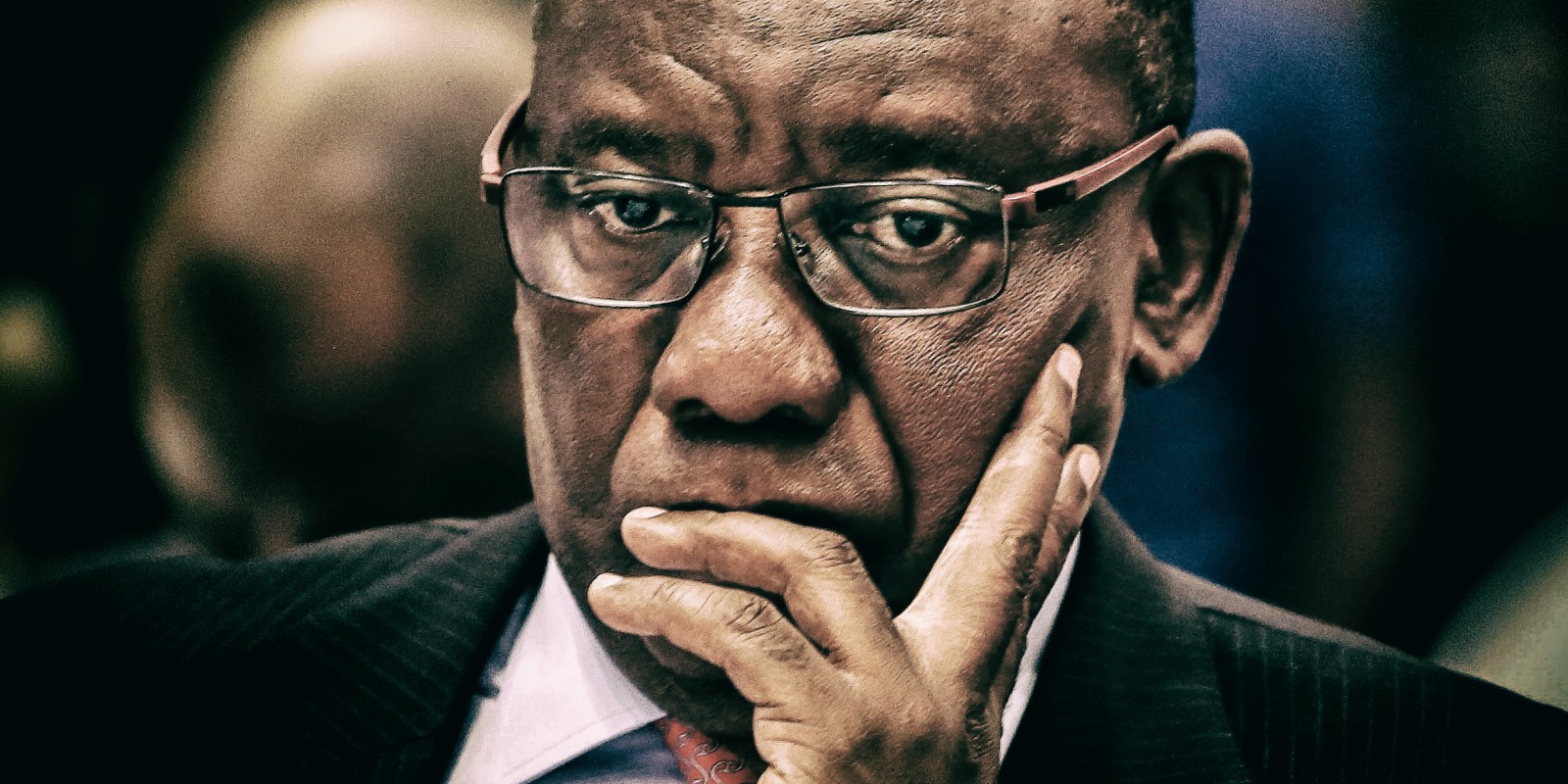 While the Digital Vibes scandal has no doubt presented President Cyril Ramaphosa with a massive headache, it has also afforded him an opportunity. In appointing a new Minister of Health, the president can establish a more profound response to South Africa’s Covid-19 emergency. We should soon know whether this is an opportunity he is ready to take.

On 8 June, Dr Zweli Mkhize was placed on special leave and Mmamoloko Kubayi-Ngubane was appointed South Africa’s Acting Minister of Health. It seems likely that Kubayi-Ngubane will stay on until President Cyril Ramaphosa receives the Special Investigating Unit’s (SIU) report into the Digital Vibes affair and makes a decision on Mkhize’s future. The SIU report is expected to be ready before the end of June — that is to say in the next week or so.

Even if the SIU clears Mkhize of any legal wrongdoing, the affair has left his reputation badly tarnished. This is because even if he did not technically break the law, he failed to notice or prevent gross misuse of public funds meant for the Covid-19 response — something that happened right under his nose and that involved some of his close associates. How he can be trusted to hold any level of public office again is unclear — let alone be trusted to usher in a National Health Insurance system.

The most likely scenario is that a new health minister is appointed once Ramaphosa receives the SIU report. This can’t happen quickly enough. It is far from ideal that the country is muddling along with an acting minister at a time when a third wave of Covid-19 is building toward a horrific peak and only a very small percentage of the population has been vaccinated.

At this point of the pandemic, we urgently need a health minister that can take the crisis by the scruff of the neck and provide strong, sensible, and transparent leadership.

Not only do we have to get through the present and any future waves of Covid-19, but we also have to vaccinate our population and make up the ground we’ve lost in other areas of healthcare during the last year-and-a-half. To do this, we need a leader who understands the challenges of delivering quality healthcare in South Africa — but we also need a leader who won’t stand for the pervasive culture of mediocrity and diminished expectations that is rife in many of our provincial health departments — and for that matter in our politics. And, it should go without saying, we need a minister with a spotless record on corruption.

Unfortunately, none of the obvious candidates from within the ANC are particularly inspiring. Former health ministers, Drs Aaron Motsoaledi and Nkosazana Dlamini-Zuma both come with baggage and will face significant resistance. Dlamini-Zuma had her own tender scandal back in the late 90s and her handling of questions regarding South Africa’s lockdown regulations left much to be desired. To his credit, Motsoaledi did oversee the massive scale-up of South Africa’s antiretroviral treatment programme, but under his leadership transparency was often a problem and while he was always ready to fight fires, there was little evidence of sustained and targeted leadership required to prevent crises from occurring in the first place. (We assessed Motsoaledi’s time as Health Minister here.)

Other potential candidates like former Health MECs Gwen Ramokgopa (Gauteng) and Sibongiseni Dhlomo (KwaZulu-Natal) may be politically connected, but their CVs are, at best, a mixed bag.

As MEC, Dhlomo offered little meaningful leadership in the face of KwaZulu-Natal’s oncology crisis. In his more recent role as chair of Parliament’s Portfolio Committee on Health, Dhlomo has shown little appetite for holding the Minister and Health Department to account. (We profiled Dhlomo here.)

Ramokgopa, a previous Deputy Health Minister who also had two stints as Health MEC in Gauteng, has a long CV, but we have seen little evidence that she’s brought about meaningful change in these various leadership roles — nor have we seen any evidence that she has the unique leadership qualities required at this moment. (We previously profiled Ramokgopa here.)

The Constitution allows the president to appoint two ministers from outside the National Assembly. There is thus room for Ramaphosa to look beyond the above names and beyond whichever other politically connected persons in the ANC might be in the running.

In this decision, as in so many others, the key question may be to what extent Ramaphosa will be constrained, or allow himself to be constrained, by the ANC’s internal power struggles.

South Africa has some strong candidates with excellent health backgrounds, some working for large NGOs, some in the private sector, some working as medical doctors, some having done stints in government institutions. Our impression is that over the last two decades many of the best people working in healthcare have intentionally steered clear of politics and direct government employment in provincial health departments, opting instead for NGOs or academia where it is easier to just get on with the work.

One argument against such an outsider minister is that without political clout, especially without political clout in the ANC, such a minister might not get much done. In the current context where party politics far too often interfere in the work of government, there is certainly something to this concern. On the other hand, it might also be that a health minister who is not part of any ANC factions might well end up being less encumbered by political baggage and thereby get more done. Either way, if Ramaphosa appoints an outsider, he would have to give that person his clear and unambiguous backing.

Ultimately, while the Digital Vibes scandal has presented Ramaphosa with a massive headache, it has also presented him with an opportunity. In appointing a new Minister of Health, he can set South Africa’s Covid-19 response on a sounder footing and take an important step toward building a more capable state.

We will soon know whether this is an opportunity he is ready to take, or whether, as with so much else in this country, the long shadow of the ANC’s internal struggles will once again condemn us to mediocrity. DM/MC