The greatest shoal on earth: It’s all eyes on the KZN... 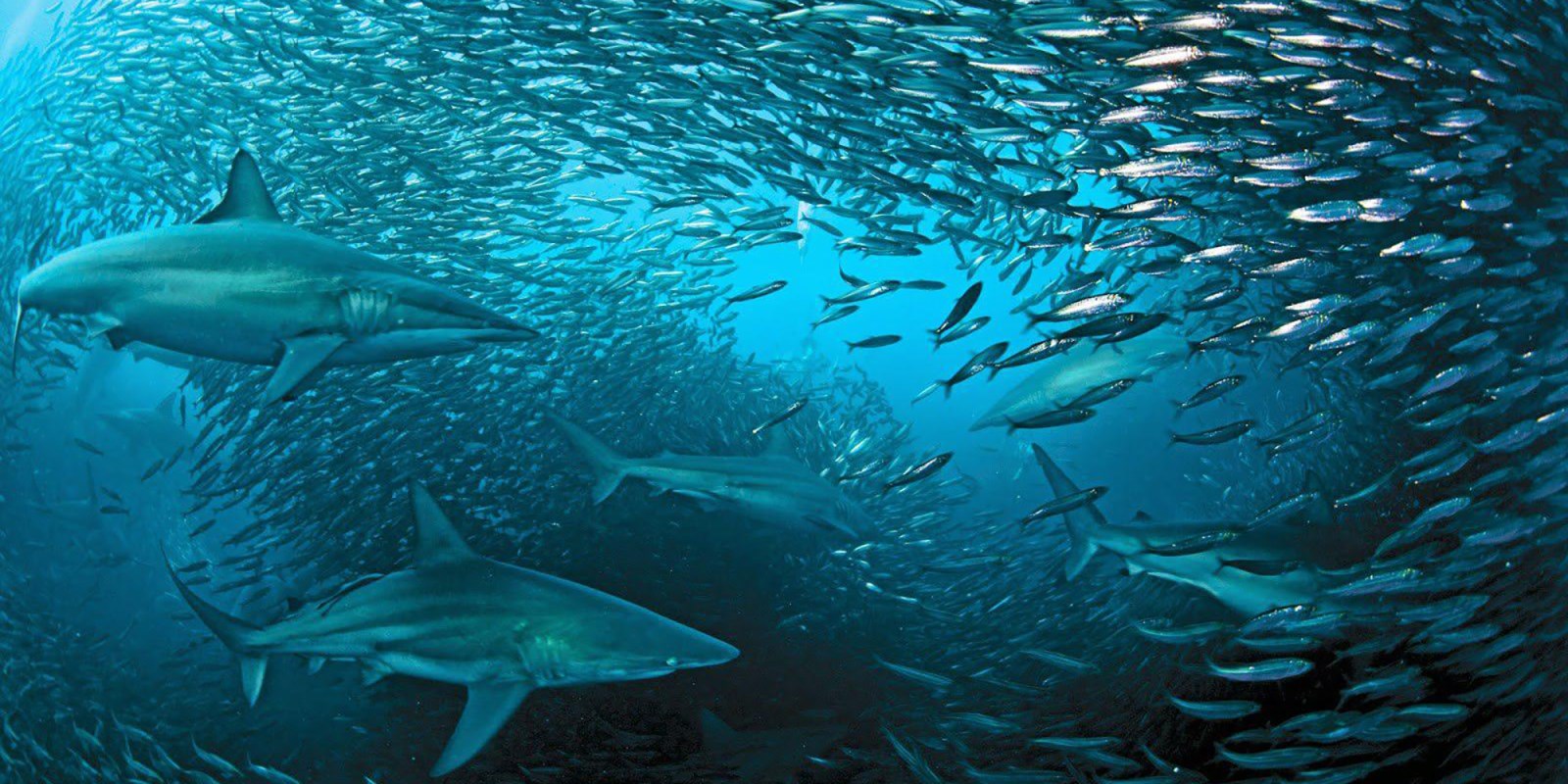 Over the past month, residents and fishermen along South Africa’s east coast have kept their eyes on the ocean, eagerly watching for swirling bait balls of silvery fish that can be scooped up into their nets. It may be a longer wait than usual, as research points to a later start and more failed sardine runs thanks to rising sea temperatures and changing weather patterns.

Patrick van der Merwe had been scanning the sea at Scottburgh just south of Durban since 4am. It’s something he has done since he was a young boy, when he joined his father chasing sardines along the KwaZulu-Natal South Coast.

But on this morning in early June, the greatest shoal on earth was elusive and by noon Van der Merwe had only spotted pockets of the fish in the distance.

“I have been following the run every year for as long as I can remember. I started when I was about seven years old when my father taught me,” he says.

Over time, Van der Merwe has noticed some changes, including the reduced numbers of sardines that are beaching yearly, which he puts down to a number of factors — “global warming is one of them”.

“The water is too warm, the sardine won’t come in. They want the cold water and the cold water is that side (points out to sea). They run fast enough and we don’t see them. You have to try to get closer to them, but you need cold water,” he explains.

He and his family started hunting for the sardines far south when this year’s run started. They have had no luck yet, but he hopes to catch enough to fill at least a crate this year.

“Last year I bought one crate and that was it for the year. I was able to get it and freeze it. The year before that I managed to get two crates,” he adds.

A recent study published in the South African Journal of Science notes that there has been a “significant and progressive delay” in the arrival of these fish in recent years.

The authors of the study, from the School of Geography, Archaeology and Environmental Studies at Wits University, reviewed newspaper reports that had been published by various publications in and around KwaZulu-Natal from as early as 1946. Prof Jennifer Fitchett found that the run had been delayed by at least 1.3 days per decade since that year.

Fitchett warns that our climate is making it increasingly unlikely to have successful runs.

She said there was little information on phenology (the study of periodic events in biological life cycles and how these are influenced by seasonal and interannual variations in climate, as well as habitat factors) in the southern parts of Africa and in Africa generally. Their study has been a great help in understanding how phenological shifts are highly species and location specific.

For her, the more worrying pattern they have noted over the years is that the timing of the run is becoming increasingly unpredictable and that the role of the climate is complex.

“The biggest concern of climate change is in affecting the predictability of the run — this will have an effect on tourism and fishing in the region,” she says.

For the many professional and amateur fishermen who follow reports of sightings and rush off to beaching sites, the unpredictability of the run is a daily reality between the months of May and July. So far this year, their nets have remained fairly empty.

“Some years are pretty good and in others, you get nothing,” Van der Merwe says.

Less than 12km from Scottburgh, in Umkomaas, the situation was no different for Ram Moodley, 42, and his team who had been up from 6am but had not seen a single sardine.

“I drove around Umkomaas to Amanzimtoti and to Scottburgh… but no sightings. The only feedback that we’re getting is from the comments on Facebook.

“It’s the third day now and we haven’t seen any,” says Moodley, staring out across the ocean.

After chasing the sardines for the past 20 years, he believes the warm temperature of the water has something to do with the shoals not being visible.

“The reason for this could be that we have had two days of northeasterly wind that probably forced the sardines a little bit in, due to the change of the temperature of the water along the shore.

“When the northeaster comes, the cold current goes to the inner part of the water and the warmer current that’s in the front, towards the shore… that keeps the sardine out to sea. Hopefully, today if the southwester picks up and the current changes, there will be colder water on the shoreline and we’ll get to see the sards,” says Moodley.

He says that in all the years he’s been chasing the sardines, he has come to know them as unpredictable. He says one can never tell when they might pop up: “You could be standing here now and all of a sudden they’ll be out.”

Moodley says the unpredictable nature of the fish makes it difficult for him and his team to travel to all the areas social media says are being flooded with sardines. Their best bet is to wait for them to come to their side of town.

According to environmental, fisheries and forestry department spokesperson Zolile Nqayi, the sardines not moving inshore is nothing new.

He says people always have high expectations when it’s time for the sardine run, but these are not often met.

“There have been years when sardines were seen offshore, but none were caught. Some large initial catches this year have been taken, but this has (as seen last year) resulted in a rapid decline in the price… from as high as R1,000 per crate to less than R200,” he says.

Catches are typically highest in June and start dropping off in July, August and September, with very occasional catches being taken as late as October or even November.

Regarding current ocean conditions, available satellite-derived information on sea surface temperature shows that inshore waters along the coast between East London and Port Edward have been anomalously cool from late May, which facilitated the sardine’s northward movement to the KZN coast, he says.

Responding to the impact of climate change on the run, he says sardines do not tolerate warm water.

“The increasing seawater temperatures of South Africa’s east coast will make this region even less hospitable to sardines, which may result in the run not occurring, or the sardines not reaching as far north in future decades,” says Nqayi. DM/OBP