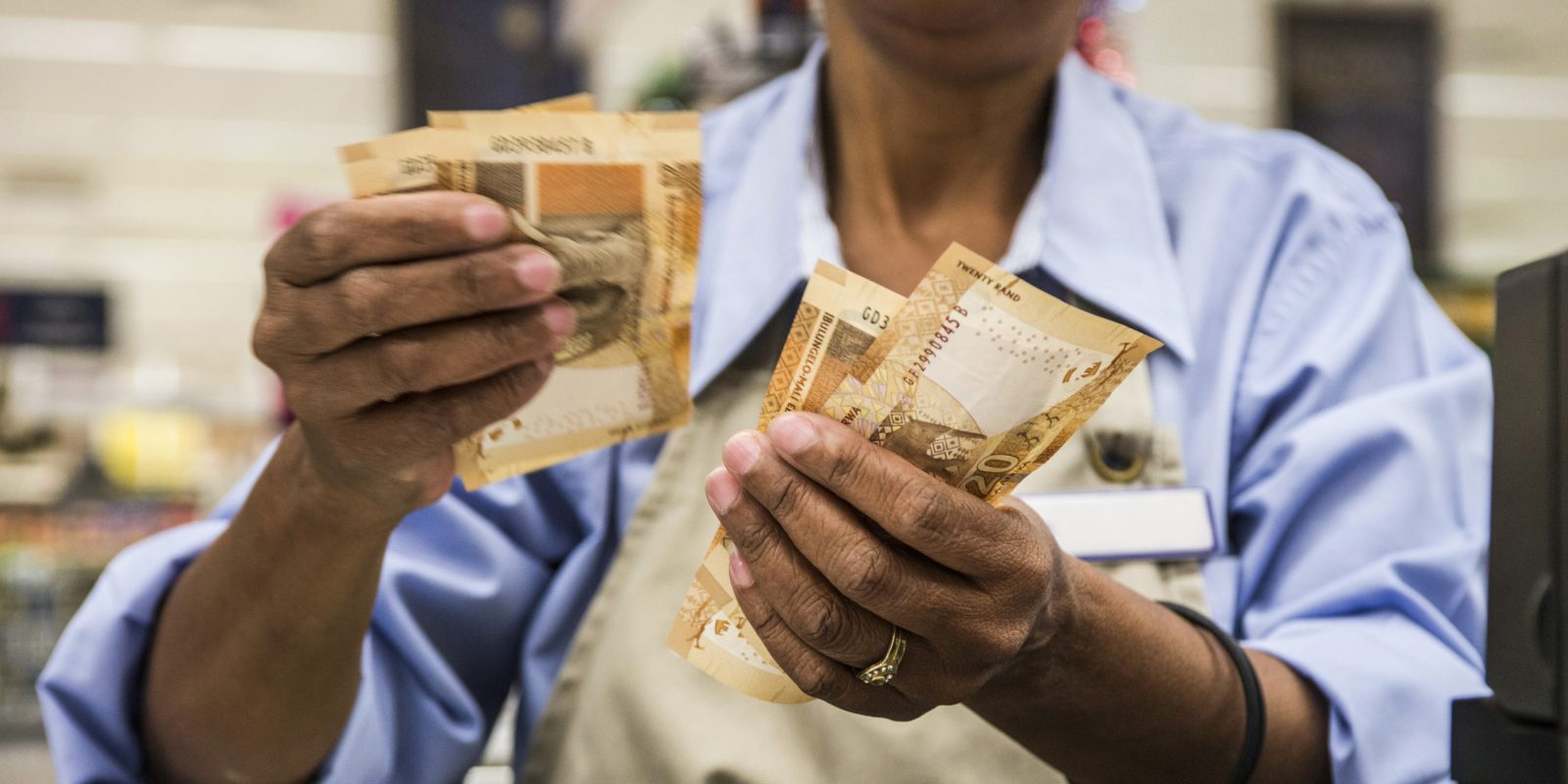 A cashier counts rand banknotes at the check out counter of a store in the Hatfield Plaza shopping center in Pretoria, South Africa, on Tuesday, Dec. 15, 2015. (Photo: Waldo Swiegers/Bloomberg via Getty Images)

South African factory gate prices raced to their highest level in almost five years in May, hitting 7.4% from 6.7% in April. But on a monthly basis, the Producer Price Index rose only 0.4% and food producer inflation continued to slow, factors that suggest that price pressures may start to ebb.

The data, released by Statistics South Africa (Stats SA) on Thursday, follows news that CPI in May hit a 30-month high of 5.2%. But many economists believe that consumer inflation may have scaled its current peak, with base effects among the key drivers after prices this time last year cooled as the economy imploded under lockdown.

And the fact that PPI in May only rose 0.4% from April suggests that prices are hardly on the boil in the current environment.

At 7.4%, Stats SA data shows this was the highest year-on-year PPI read since July 2016, when it was also at 7.4%. The statistical agency said that:

Food inflation maintained its braking trend, slowing to 7.3% year on year in May from 7.9% in April, which is in line with the forecasts of agricultural economists, with further downside seen as South Africa harvests a bumper maize crop. And on a monthly basis, the increase was only 0.3%.

Still, production prices for some food items remain elevated. Meat producers have been passing the relatively high cost of livestock and poultry feed on to consumers and this is feeding through the price chain. Producer meat and meat products inflation in May was galloping at 15.1%.

This explains some curious price spikes. On the consumer inflation front, Stats SA the other day put out a tweet detailing “some of the food and drink items that have become more expensive over the last year”. The list included beef offal, the price of which was 17.6% higher year on year. If you like your offal, that’s just awful.

Overall, the headline PPI number looks concerning. But there are signs that it could also be nearing its peak. DM/BM