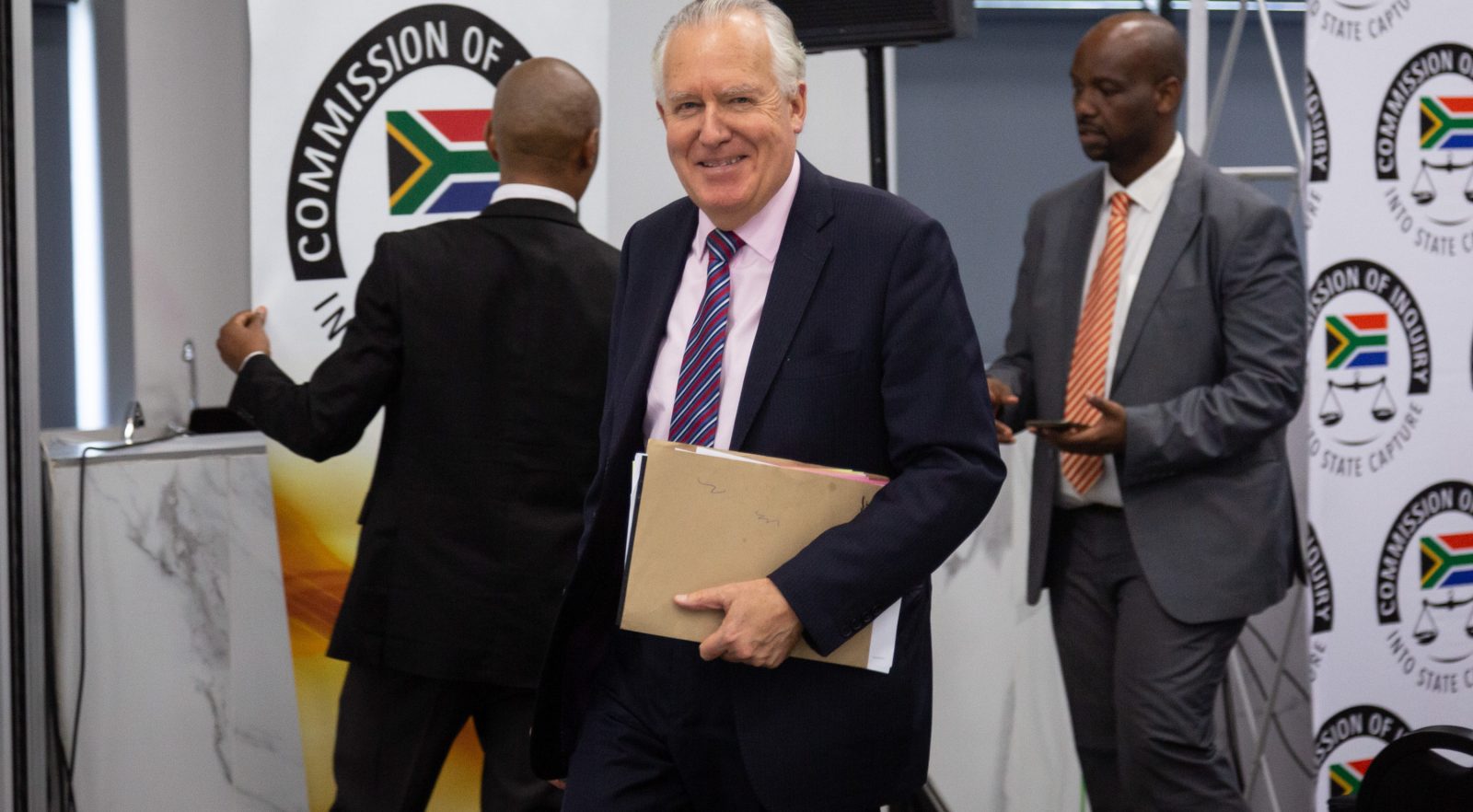 South African-born former labour MP, Lord Peter Hain, has written to Rishi Sunak, UK Chancellor of the Exchequer, after a blistering attack on Thursday during a House of Lords debate, urging the prosecution of UK-based firms implicated in South African state capture.

Peter Hain raised the issue during a Magnitsky-style sanctions debate and later in a letter to Sunak in support of his speech.

In the letter, Hain demanded that the chancellor contact authorities in Dubai and India with regard to the extradition of the fugitive Gupta brothers and associates.

“The fight against corruption is a global one, yet South Africa does not seem geared to use international channels to deal with both non-cooperating foreign jurisdictions (with extreme bank secrecy and low-tax regimes) and foreign multinational companies that benefited from the proceeds of corruption in South Africa. Can you work with South Africa’s authorities to assist here please?” asked Hain.

Earlier, during the debate, Hain said he had asked the Chancellor already in September 2017 to take action.

“So why have HSBC, Standard Chartered and Baroda, all global banks based in London, functioning under UK laws and regulations, still not been prosecuted for facilitating gigantic money laundering by the Zuma family and the Gupta brothers?”

Testimony to the Zondo Commission of Inquiry by Shadow World investigator Paul Holden, said Hain, had demonstrated that millions had flowed through British banks “into a vast laundromat operated by Altaf Khanani, under investigation by the US for laundering money for global drug cartels and terrorist groups.”

In his letter to Sunak, Hain suggested that the Chancellor “have an urgent meeting with South Africa’s finance minister to progress this.”

Hain also asked why UK and US sanctions against the Gupta brothers and Salim Essa had “not yet yielded results”.

A recent University of Stellenbosch study, said Hain, had indicated that South Africa had lost R1.5-trillion in five years between 2014 and 2019 in looting and money laundering “which, for a relatively small economy, emerging from decades of apartheid, is a massive cross to bear”.

Haid said the Gupta family were “reported to be either in Dubai (where they appear to reside) or in India (where they often visit)”.

He asked why the UK and US governments tolerated “such blatant money-laundering by the Dubai authorities, supposedly allies?”

“Further, it appears that the UAE does not extradite its own citizens, and it may well be that the Gupta brothers and their family have attained UAE citizenship (either by buying property, or some similar mechanism),” said Hain.

While South African authorities had secured an extradition treaty with Dubai or UAE, authorities were “struggling to get the Dubai authorities to comply with the spirit of this. Can you contact the Ruler of Dubai to expedite this please?”

He also questioned why India had not extradited the Gupta brothers “given that the SA authorities have now put two of the brothers and their wives on the Interpol list”.

Whilst one of the brothers (Ajay) was still said to be an Indian citizen, the second brother (Atul) was a South African citizen and had presumably given up his Indian citizenship in the process.

“Why have the Indian authorities been invisible in dealing with the money laundering at the Bank of Baroda branch in Johannesburg, and why have they not taken strong regulatory action to demonstrate to all Indian banks that they will not tolerate such lax money laundering standards by their banks in their overseas operations? Can you contact the Indian’s government to expedite this please?”

Also, why had Hong Kong not taken action “over the many Gupta money laundering transactions through it? Can you contact the Hong Kong authorities to expedite this please?”

Whilst the US and UK had listed the Gupta family assets and were able to freeze these if deposited in US or UK banks, Hain said “will you ensure that this listing applies to assets held in non-US or non-UK banks in UAE or India; or to arresting any members of the Gupta family were they to be on USA or UK territory.”

Aside from what was legally possible currently by the US and UK authorities, “it is instructive to consider the way the transnational  investigation into the 2015 1MDB Malaysian corruption scandal was conducted.”

This, he said, had involved more than six countries (including Switzerland, UK, US, Singapore, Indonesia and others) working with the Malaysian authorities after its new government reopened the investigation in 2018.

Laws such as the US Foreign Corrupt Practices Act (FCPA) and the UK Bribery Act 2010 (UKBA) enabled authorities in those countries to investigate any person or company domiciled or listed in their country if they were suspected to have paid bribes to foreign officials to assist in obtaining or retaining business.

The US authorities also regarded their laws to apply to non-US individuals and companies if they had been party to a transaction denominated in US dollars, even if done outside of the US.

“This provides a further mechanism to SA authorities to bring to justice those hiding in non-cooperative jurisdictions, and carry significant jail sentences, fines and penalties,” said Hain.

There should be a push for transnational cooperation between UAE, India, Hong Kong, US and UK (and other countries as may be identified) said Hain and requested Sunak to assist with this also.

“Further action that the USA and UK can, and must, consider, includes taking action against multinational companies domiciled or operating in their territories, including BAIN (role in the capture of the South African Revenue Service SARS), Hogan Lovells (assisting in covering up at SARS) and McKinsey.”

Whilst McKinsey had paid some of its consultancy funds back to Eskom, there were three steps that could be considered: criminal prosecution of all these companies (by Dept of Justice in the US, and similarly in the UK; litigation against these companies in the US and UK, regulatory action by the SEC in the US, or the relevant stock exchange (e.g. against Glencore on its meeting with Minister Zwane to sell to the Guptas), said Hain.

Hain made several other proposals as well which he said would “assist President Ramaphosa to turn around corruption, and rebuild trust in South Africa’s government.” DM