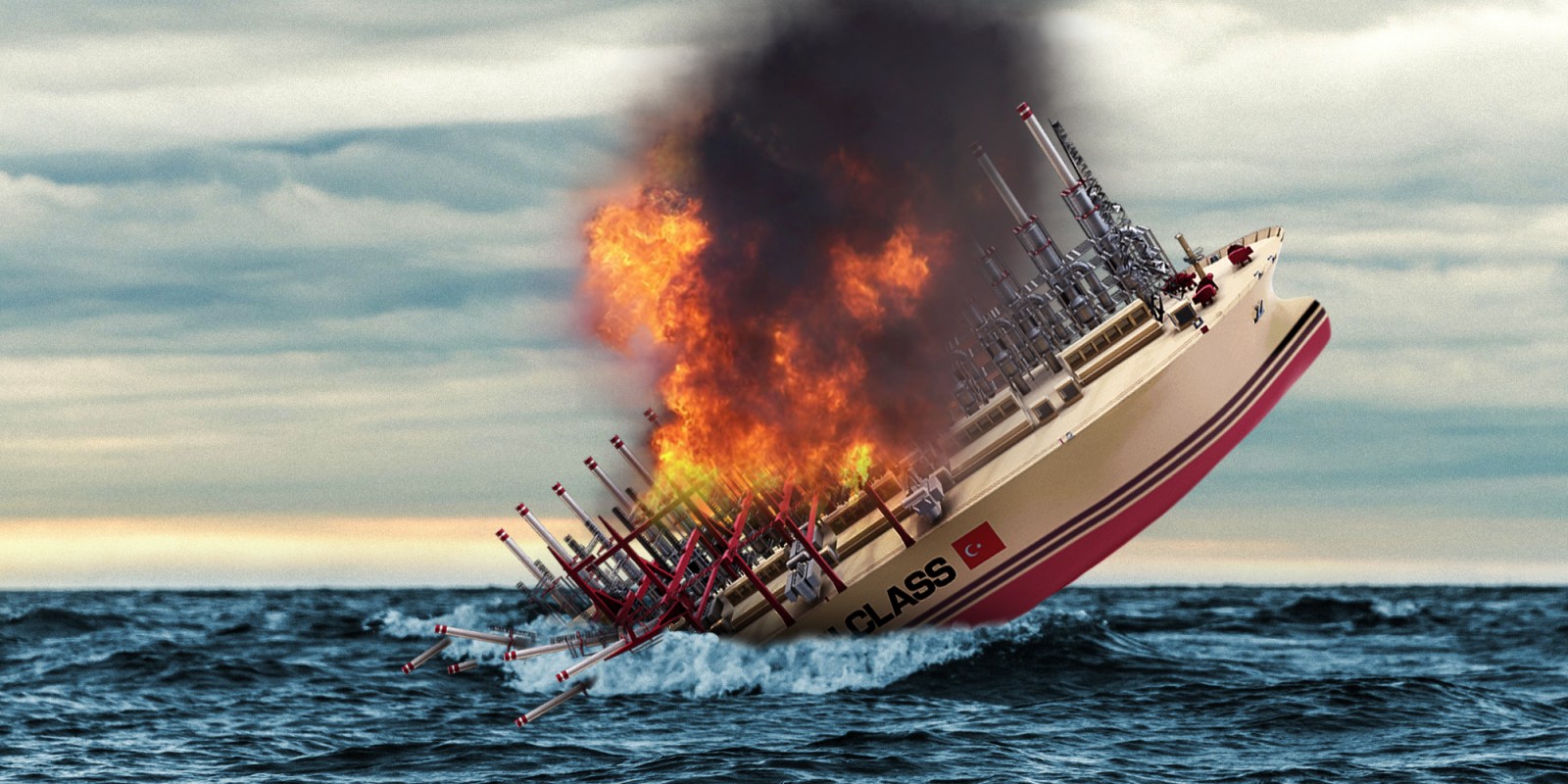 Turkish gas power admirals remained steadfastly on the bridge on Wednesday night, crying out bravely into the fog as cold seawater surged through the torn hulls of the stricken Karpowership fleet.

Karpowership now has just over a month to salvage its rapidly sinking powerships deal after the department of forestry, fisheries and environment (DFFE) ripped up the company’s environmental impact assessment (EIA) study — dismissing it as incomplete, contradictory and so riddled with gaps and limitations that it was impossible to properly assess or authorise the plan.

Short of political intervention or a last-minute extension to mandatory approval processes, Karpowership appears to be running out of options — even if it is able to win an appeal against the department’s emphatic rejection of its application or to persuade the national energy department to grant it a special extension to patch up the compromised EIA.

Noting that Karpowership had failed to meet the “minimum requirements” of a fair public consultation process, the environment department reminded the company that: “The purpose of public participation is not only to promote informed decision-making, but also to promote the legitimacy and acceptance of an outcome or decision and to promote participatory democracy.”

Despite being warned by specialist consultants that detailed studies on underwater noise impacts on the marine ecology of Richards Bay, Saldanha and Ngqura harbours were critical, no site-specific impact studies on this issue had been submitted to the department.

Other specialists also complained that there was not enough time to properly apply their minds to the impacts of several floating powerships on the marine ecology of three major harbours located next to sensitive nature reserves and fish nursery grounds.

The department said an independent expert, who peer-reviewed some of the commissioned studies, also commented that the impacts identified in the study were “not a true reflection of the scale of the project” which could in fact trigger certain “regional and global scale impacts”.

There were also indications that the criticisms contained in this peer-review report had somehow been “omitted” from a final EIA report submitted to the government by the Triplo4 group, headed by Ballito-based environmental consultant Hantie Plomp.

Several interest groups further complained that the final EIA report contained “significant changes” and new information compared to the draft report, but the public had not been given an opportunity to interrogate these changes — and the Triplo4 environmental consultants also removed several documents from its website and restored them only after several complaints from public watchdogs.

The department of mineral resources and energy said on Wednesday night that it had taken note of the decision and “will await formal communication by (Karpowership) on the decision by DFFE before making any further pronouncements”.

In a media statement announcing preferred bidder status to Karpowership on 18 March, DMRE minister Gwede Mantashe stated emphatically that the selected companies would have to reach financial closure by the end of July.

“Due to the urgency to bring power online, this date is not negotiable,” he stated.

But behind the scenes, it seems the goalposts may be shifting once more.

Significantly, however, the department has changed the timeframe for financial closure for these three most recent approvals to 30 September — but it was not clear last night whether this extension will also apply to Karpowership and the seven other bidders announced in March.

However, even if a two-month extension is granted, the Turkish company appears to have a mountain to climb.

Michelle Koyama, an attorney with the Centre for Environmental Rights, said she doubted that Karpowership could remedy the defects in the EIA before 31 July.

“It is unlikely that they will make this deadline. The company has 20 days to submit an appeal on the Environmental Authorisation refusal, and wait for a decision — which may not happen in the timeline you mention.

“Even if the commercial and financial close were to be extended, from the reasons for the department’s refusal, it appears that there were serious procedural flaws in the EIA process (such as not giving the public an opportunity to comment on material updates to the EIA documents, and not making documents available online for the entire duration of the EIA process) as well as gaps in the EIA documents.

“This means that even if the decision to refuse the authorisation were to be dismissed by the minister on appeal, there would be good grounds to challenge the EIA process further, as it is impossible for the department to properly apply its mind to the EIAs for these projects and reach an informed decision, should it subsequently decide to authorise these projects despite the severe gaps in the EIAs,” said Koyama.

“These deficiencies are serious and very difficult to overcome, particularly within the narrow timeframes imposed by the emergency power procurement process.”

Karpowership, however, has not thrown in the towel, declaring in a statement that: “Yesterday (Wednesday), the Department of Forestry, Fisheries and the Environment (DFFE) allowed a misinformation campaign to derail the Department of Mineral Resources and Energy’s strategic plan to end load shedding and address South Africa’s economic and energy crisis.

“Karpowership SA, with its three projects, will provide 800,000 South African homes with cleaner, reliable, and affordable power, and South Africans should understand that the decision on behalf of the DFFE threatens the delivery of this power and will extend load shedding for years to come.

“Karpowership SA conducted a robust public participation process, met all South Africa’s stringent environmental requirements, and is confident that it will win the appeal against this decision.”

While the decision to reject the 20-year, R200-billion “emergency” power scheme has been welcomed by several interest groups, the business and industrial sector has raised concerns about whether the government is putting a Plan B alternative in place in the event that the Turkish scheme implodes.

Business Unity SA did not respond to requests for comment, but in a statement earlier this month, BUSA said it had received a formal legal opinion which had raised concerns about the possibility of the deal being delayed due to a separate legal approval process by the Transnet national harbour authority.

“Our primary concern is that the legal ramifications detailed in the (legal) opinion will cause significant delays in the procurement process to secure additional power sources. This is very concerning, given our power constraints.

“We are not commenting, in any way, on the companies tendering for the contract or on the different offerings. Our key concern is the potential delay to the process… we have urged government to consider expediting transitionary measures for additional power generation if there are significant delays in completing the current procurement.”

The Organisation Undoing Tax Abuse (OUTA) has welcomed the decision to refuse environmental authorisations to Karpowership, stating: “This was a dubious transaction, given the 20-year ‘emergency’ contract, the estimated R218-billion cost and the allegations of corruption surrounding this.

“This was particularly problematic against the backdrop of alternatives in green energy options, the lack of meaningful public engagement and serious environmental concerns.”

“We hope that what it means is that consultants in future will do their homework, and that means making sure local issues are taken into account,” she said.

“With Karpower now out of the picture, at least on the environmental issue, the question now turns to the minister of energy: where will he fill the short-term gap?

“Will he open up the renewal game a bit more, or will he give further extensions to Karpower to enable them to try to get their environmental authorisation again?” she asked. DM