Cage-free eggs – good for the chicken and safer for you 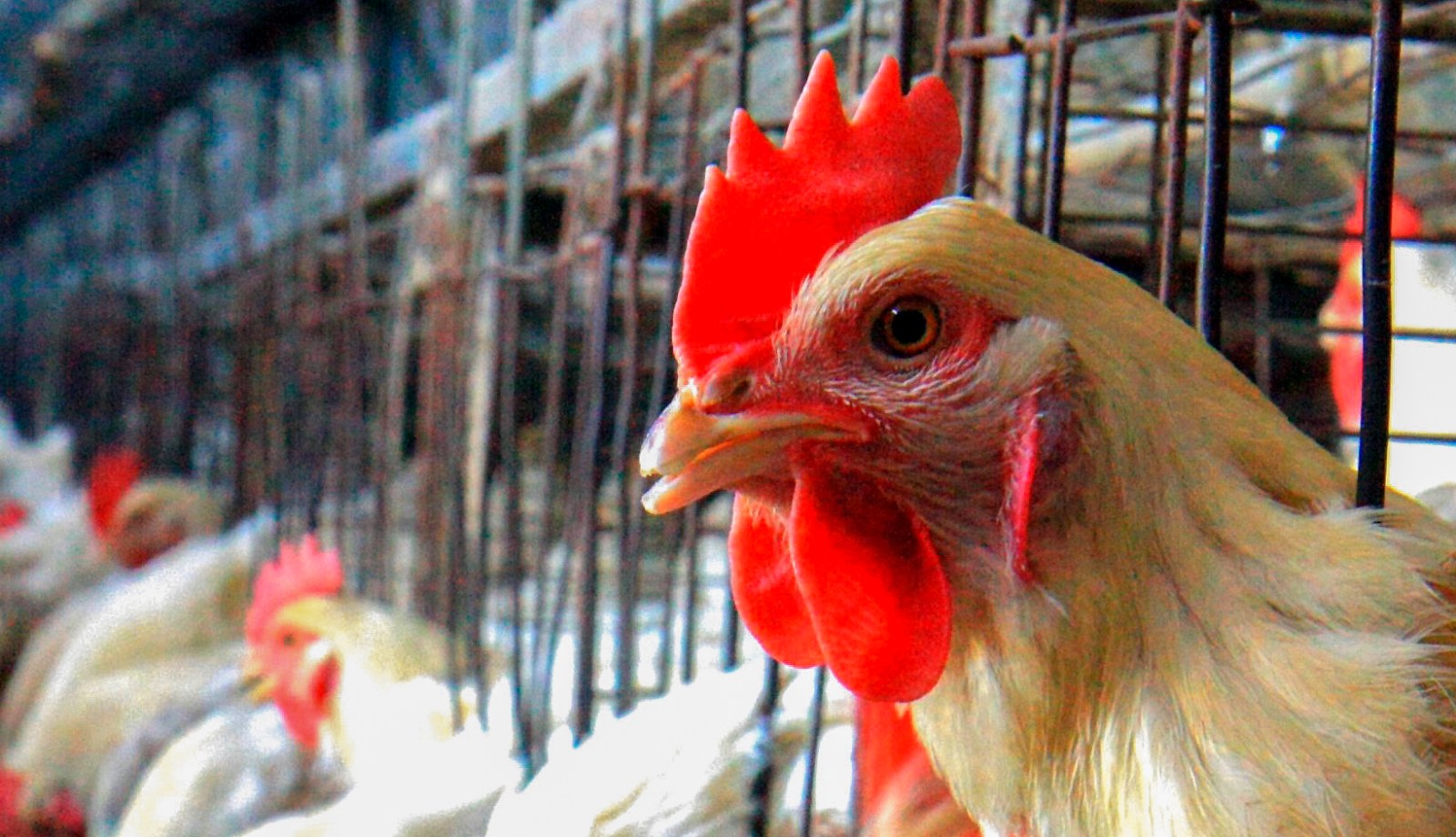 Hens are among the most abused animals bred for food globally. Over 86% of egg-laying hens in South Africa spend their entire lives in cages no bigger than an A4 sheet of paper. (Photo: Theuns Botha/Gallo Images)

Concerns are increasing about the links between the industrial model of livestock agriculture, which whilst they may deliver “cheaper food” have an unfortunate tendency to add to the environmental and public health bill. The eggs you eat are a case in point.

How many South Africans shop and feed their families has changed remarkably in recent decades. The advent of factory farming means what we choose to eat has shifted considerably.

While the shift from small family-owned farms to larger commercial farms has made poultry, red meat and eggs more common on our plates, globally chickens are among the most abused animals bred for food, as a result of farming becoming increasingly mechanised.

The sole purpose of a caged hen system is to maximize profit and productivity, with more hens being housed in a small area and higher egg production than free-range alternatives. The battery cage system has made eggs more affordable and therefore more widely consumed.

Yet there are hidden costs.

Concerns are increasing about the links between the industrial model of livestock agriculture, which may deliver “cheaper food” but has an unfortunate tendency to add to the environmental and public health bill. Agricultural economists have suggested “true cost” pricing and labelling schemes to inform consumers about their choices in the marketplace.

The commercial egg industry in South Africa, represented by the South African Poultry Association (Sapa), has been pressured by animal welfare and concerned consumer groups to change how they house hens but these pleas have fallen on deaf ears, as Sapa intends to keep cages in place till 2039.

Hens are among the most abused animals bred for food globally. Over 86% of egg-laying hens in South Africa spend their entire lives in cages no bigger than an A4 sheet of paper.

Peer-reviewed scientific research has demonstrated that conventional cage systems deny birds the opportunity to exhibit a number of key behaviours which are fundamental to their welfare, resulting in increased levels of frustration, pain and stress. These important behaviours include the opportunity to build a nest, preen, stretch and flap their wings, perch and dust-bathe. Chickens experiencing environmental conditions that deny them important natural behaviours attempt to find ways to cope in these environments.

The stress of extreme confinement cripples hens’ immune systems, which in turn threaten public health in many ways, such as the emergence of antibiotic resistance and serious risks posed by zoonotic diseases such as avian flu. The World Health Organisation has said that as long as avian influenza viruses circulate in poultry, sporadic infection of avian influenza in humans is not surprising, which is a vivid reminder of the threat of further pandemics.

The reality of the living conditions of animals that live in these systems means that businesses may prefer to keep their customers in the dark about the fact that the majority of eggs come from hens that are forced to live in cages.

The lack of accurate labelling in South Africa hinders consumers from being informed about where their eggs are coming from and this prevents them from being able to make decisions about what they want to eat.

Like many other countries, decision-making in South Africa on food policies, including egg labels, becomes dominated by corporate interests. Powerful corporate entities actively shape the availability, affordability and acceptability of foods.

However, consumers are increasingly demanding food that is safe and healthy and grown sustainably. Transparency in food supply chains will allow consumers to know where their food has come from as well as the production methods. Everyone has the right to affordable and healthy food.

While the global trend to go cage-free is much bigger in the US and Europe, South Africa has had a number of successes with cage-free egg campaigns driven by informed citizens and consumers.

McDonald’s pledged to be cage-free in among others South Africa in November 2016. In November 2018, just two months after a campaign was launched against the popular restaurant group, Famous Brands, whose restaurant chains include Wimpy, Mugg and Bean, House of Coffees, Steers, and Tashas, the group’s CEO publicly announced their intention to go cage-free by 2025 on Cape Talk’s Money Show with Bruce Whitfield. In less than three years, Famous Brands has already made remarkable progress in making most of their egg supply chain cage-free, showing that the size of a business is no barrier to making ethical changes when committed.

In 2019, the City Lodge Hotel Group publicly announced a commitment to sourcing 100% cage-free eggs in all their hotels on the continent by the end of 2025. And many others have joined, seeing the business sense, acknowledging the welfare issue and consumer choice, and having the desire to ensure their product supply chain is on the right side of history.

When South African consumers and informed citizens add their voices to cage-free egg campaigns, they do so with the aim to get South African food producers to follow the example of many other responsible and progressive retailers globally, including Restaurant Brands International, made up of Burger King, Popeyes, and Tim Hortons, also Best Western, Wyndham, Marriott, Famous Brands, McDonald’s, Sodexo, and many many others, who have all made commitments, thereby, acknowledging their responsibility to help move the food system towards one which is more equitable, fair, healthy and humane.

Industry has known for some time that these battery cages do not meet the welfare needs of laying hens. The 2007 LayWel study into laying hen welfare – concluded that battery cages are the only method of housing hens that under no circumstances can provide “satisfactory welfare” for animals. The LayWel study involved working groups in seven European countries and data from 230 flocks of hens.

In 1999, the European Union banned conventional laying cages from 2012, which led to the development of several alternative housing systems. This decision was based on a review of 30 years of scientific work by the European Scientific Veterinary Committee.

The global awareness of the true costs of battery cages and the move to improve animal welfare is rapidly expanding and proving that all cages will soon be history.

On 10 June 2021, the European Parliament overwhelmingly demanded a ban on the use of cages in animal agriculture by 2027. This vote has come in response to a petition called “End the Cage Age,” signed by 1.4 million EU citizens, which demands the phasing out of cages on farms. Health Commissioner Stella Kyriakides, expressed support for the ‘End the Cage Age’ Initiative. Kyriakides stated that the Commission’s commitment to improve the welfare of animals “remain(s) a moral, a health and an economic imperative.”

It is unnecessary and inhumane to treat laying hens so cruelly; cages do not make business sense and do not make sense for consumers or the health of our communities.

The current climate presents real opportunities for progressive and responsibly-minded corporations who are transparent about their animal welfare policies and supply chains as consumers globally become more aware and engaged with what they eat. Conversely, it presents big risks for those who choose to continue to profit from the detriment of others. DM/MC