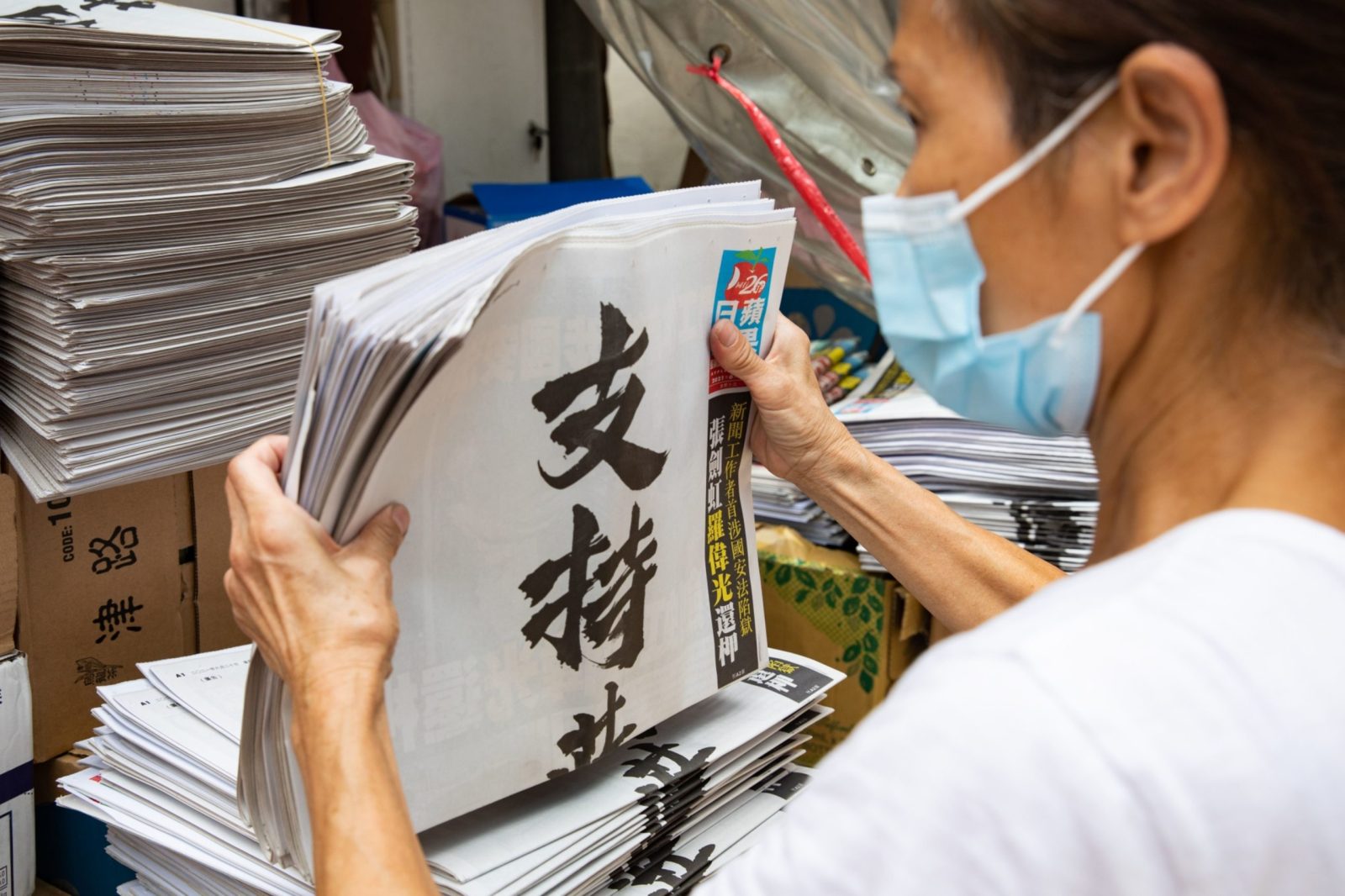 Hong Kong's pro-democracy tabloid Apple Daily will print its last edition on Thursday, the paper said, after a stormy year in which it was raided by police and its tycoon owner and other staff were arrested under a new national security law. By Sharon Abratique and Pak Yiu for Reuters.

* Assets of companies related to newspaper frozen by authorities

The end of the popular tabloid, which mixes pro-democracy discourse with racy celebrity gossip and investigations of those in power, has raised alarm over media freedom and other rights in the Chinese-ruled city.

“Thank you to all readers, subscribers, ad clients and Hong Kongers for 26 years of immense love and support. Here we say goodbye, take care of yourselves,” Apple Daily said in an online article.

Apple Daily’s support for democratic rights and freedoms has made it a thorn in Beijing’s side since owner Jimmy Lai, a self-made tycoon who was smuggled from mainland China into Hong Kong on a fishing boat at the age of 12, started it in 1995.

It shook up the region’s Chinese-language media landscape and became a champion of democracy on the margins of Communist China.

While viewed as tawdry at times by some of its critics, the tabloid has served as a beacon of media freedoms in the Chinese-speaking world, read by dissidents and a more liberal Chinese diaspora – repeatedly challenging Beijing’s authoritarianism.

Lai, whose assets have been frozen, has been in jail since December on charges of taking part in unauthorised assemblies, stemming from pro-democracy protests.

Rights groups, media organisations and Western governments, including the European Union and Britain, have criticised the action against the newspaper.

Hong Kong leader Carrie Lam said on Tuesday criticism of the raid on the newspaper amounted to attempts to “beautify” acts that endangered national security. Chinese officials have denounced the criticism as interference.

Hong Kong and mainland officials have repeatedly said that media freedoms are respected but are not absolute.

One reader said the paper’s closure could herald the end of Hong Kong’s press freedom. “If such a strong organisation can lose its voice, I think other media organisations will be scared,” said Johny Ku, 55.

About 200 police raided the paper’s newsroom in August last year, when Lai was arrested on suspicion of colluding with foreign forces, and again last week, by 500 police, when five other executives were detained.

On both occasions, the paper increased its printing run to 500,000 the following day from the usual 80,000 and people queued up at news stands to buy the paper to show their anger at the crackdown.

Media reported Apple Daily was expected to print one million copies on Thursday. The paper said its online version will also stop updating.

Last week’s pictures of police sitting at reporters’ desks and footage of them loading vans with journalistic materials have sent chills through the media in the former British colony.

The raid was seen as the most direct attack on Hong Kong’s freewheeling media since Beijing regained control of the city in 1997.

Supporters of the law say after months of at times violent pro-democracy protests, it has restored stability essential for preserving the financial hub’s economic success.

Apple Daily, which is published by Next Digital and employs about 600 journalists, said the decision to close was “based on employee safety and manpower considerations”.

Next Digital said the decision was taken “due to the current circumstances prevailing in Hong Kong”.

Since the raid, the newspaper has suffered mass resignations and entire departments had to close.

The Taiwan arm of Apple Daily, which stopped publishing its print version last month, said it would continue to publish online given its independent finances.

Apple Daily has come under increasing pressure since Lai was arrested last year under the security legislation.

Police last week froze assets of companies linked to the newspaper and arrested five executives, effectively choking its operations. On Wednesday, police arrested a columnist on suspicion of conspiring to collude with a foreign country or foreign forces.

Authorities have said dozens of Apple Daily articles may have violated the security law, the first instance of authorities taking aim at media reports under the legislation.

Next Digital has been kept afloat by loans from Lai. In May, Reuters reported exclusively that Hong Kong’s security chief had sent letters to branches of HSBC and Citibank threatening up to seven years’ jail for any dealings with the billionaire’s accounts in the city.

A handful of Beijing supporters celebrated the paper’s demise with champagne and a banner reading “Fake News” in front of its headquarters. DM/Reuters