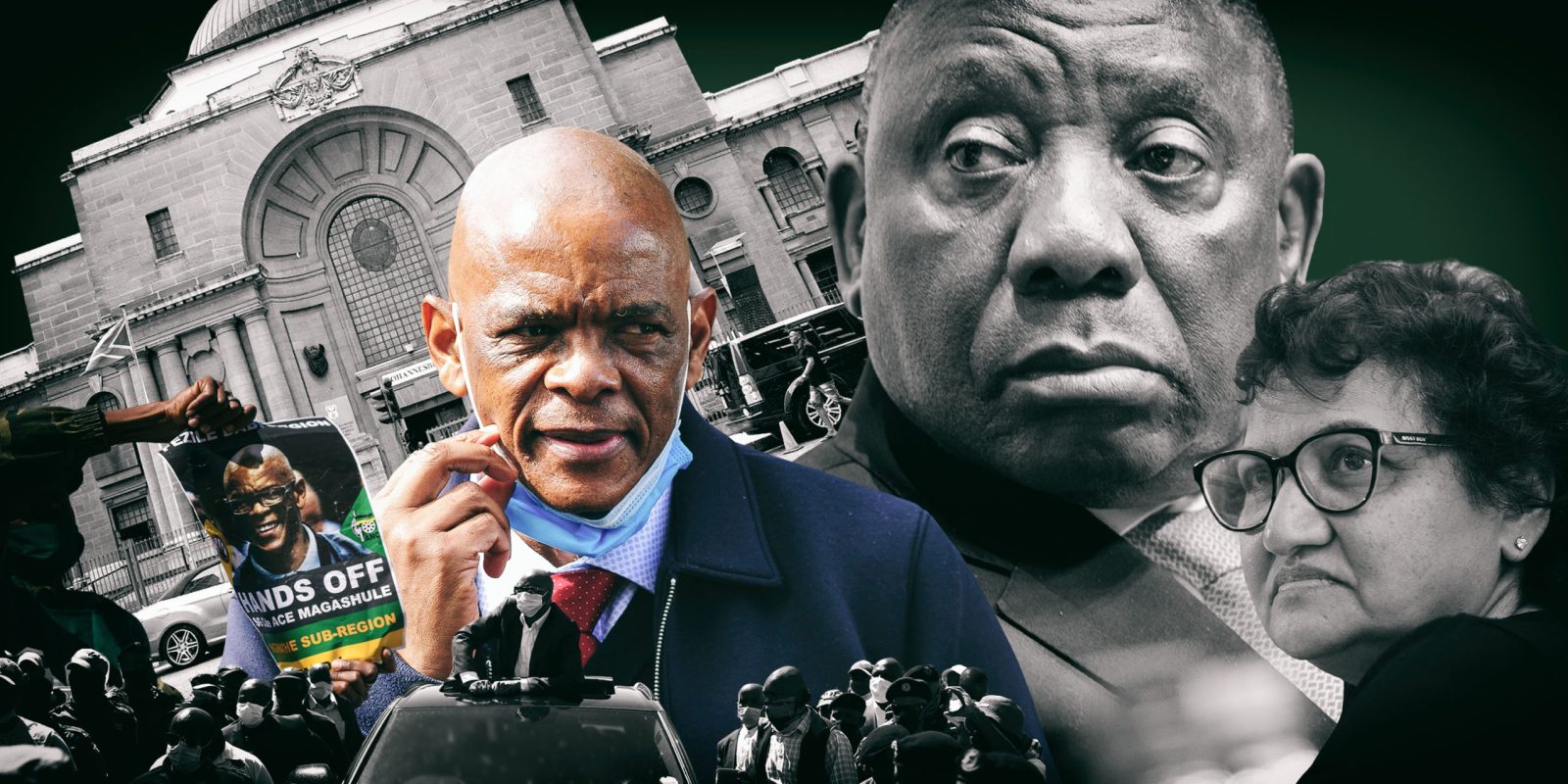 Judges Jody Kollapen, Edwin Molahleli and Sharise Weiner are to hear ANC Secretary-General Ace Magashule’s argument that he should not have been suspended by the ANC.

Suspended ANC Secretary-General Ace Magashule’s battle against his party will be heard in the Johannesburg High Court on June 24 and 25.

The ANC suspended Magashule in May after he tried (and failed) to suspend President Cyril Rampahosa – then he immediately sought to interdict the party from forcing him to step aside.

A no-nonsense full Bench of judges will hear the case.

Magashule is set to argue that the ANC constitutional provision which was used by the party to suspend him, Rule 25.7, is unconstitutional and that the party has changed its step-aside rules in a way that does not accord with its own constitution. Party veteran Mathews Phosa is one of a number of lawyers who agree with him and whose opinions are likely to be placed before the court.

Magashule’s political persona and the tone of his legal papers are replete with the idea that he is the ANC and the ANC is him. At conferences, rallies, and other meetings, Magashule encourages a cult of personality around himself where his identity and that of the party are often melded together. Magashule has never had a job outside the ANC, and he is one of its longest-standing leaders. He is facing corruption, fraud, and money laundering charges over an asbestos roof audit of township houses while he was Free State premier.

ANC Deputy Secretary-General Jessie Duarte will argue that the ANC can set its own constitutional rules and that the step-aside principle is important for the party’s standing.

Her affidavit before the court says that, “It is… fundamentally inimical to the very foundation of the ANC Constitution that a member of its senior leadership [in this case, Magashule] should refuse to submit to the discipline of the democratic decisions of the ANC and indeed attack its leadership in a manner that will sow division.”

She will argue that ANC Rule 25.7, which says a member must step aside if they face a serious criminal charge, is not a disciplinary clause. Magashule has argued in his papers that the ANC should have convened a disciplinary committee before suspending him.

“This is not a rule of discipline. It does not require or even envisage disciplinary proceedings against the suspended member. The founding principle… is that the integrity of people in positions of power should be beyond doubt or reproach. They should not remain in office when indicted for criminal offences which cast doubt on their integrity and by implication that of the ANC,” says Duarte’s affidavit.

“It was an entirely innocent campaign and did not involve any criminal conduct,” Ramaphosa says in an affidavit. “As far as I know, there is no structure of the ANC that has ever seriously suggested that I was guilty of any criminal conduct in relation to the CR17 campaign.”

The court will hear arguments about whether or not it has jurisdiction to rule on internal political party matters: previous Benches of judges have made different decisions on whether or not ANC elective conferences have been procedural.

Magashule, Duarte, and Ramaphosa will appear before a gavel of three no-nonsense judges. Judge Kollapen is a previous chairperson of the SA Human Rights Commission and is a seasoned and progressive judge. Judge Weiner made the shortlist to succeed Thuli Madonsela as public protector and is a highly experienced member of the judiciary. Judge Molahlehi is a long-standing judge and grassroots lawyer, and legal practitioner. His latest judgment was delivered earlier in June. He interdicted the EFF from interfering in the cleaning company Afri-Services’ workplace. DM