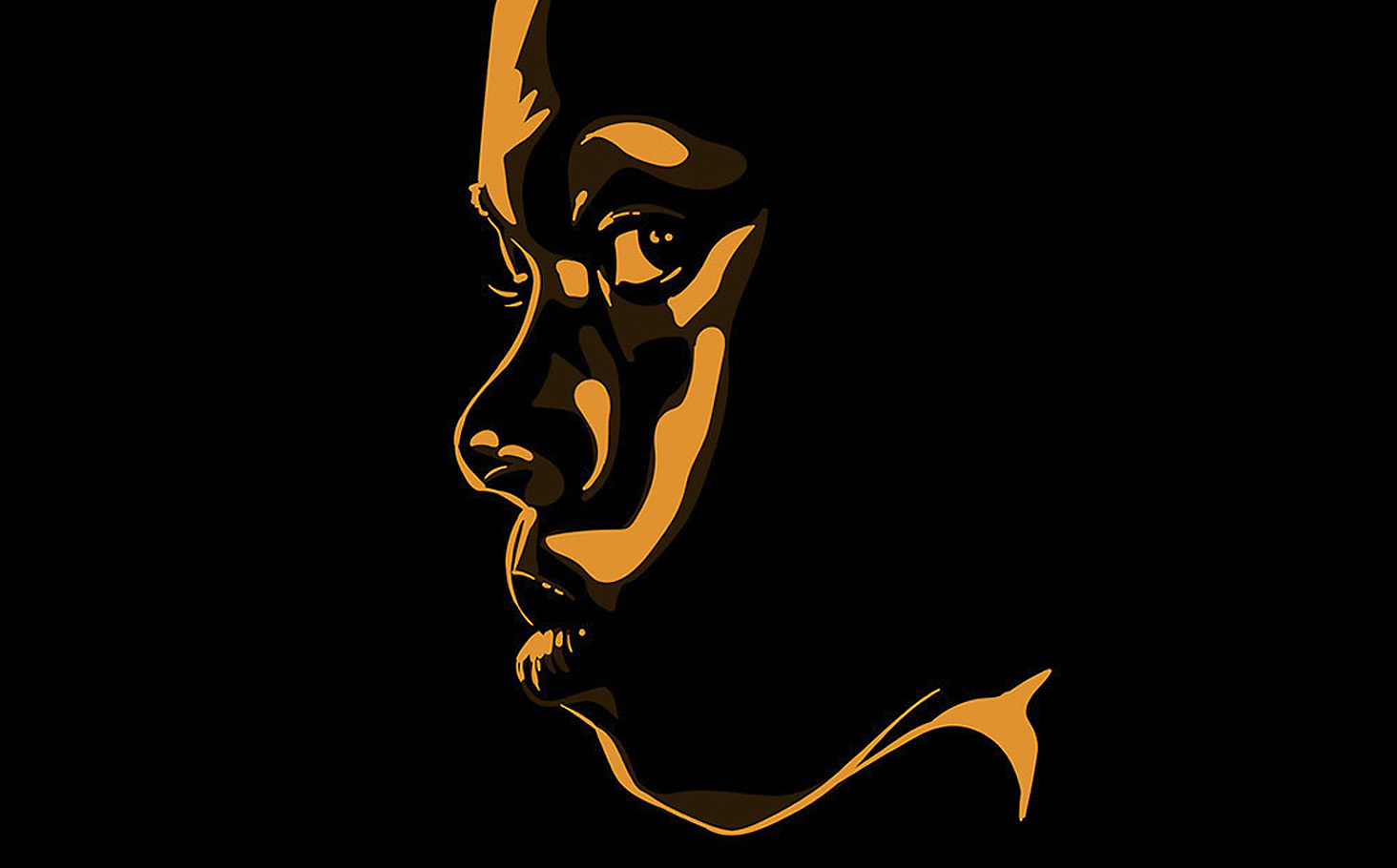 Even when the pandemic is over, we will live with the consequences for decades. Unless there is decisive action and an investment in systems to protect children.

The Day of the African Child was celebrated on 16 June, on the theme “Accelerating the implementation of Agenda 2040 for an Africa fit for children”.

Unfortunately, the celebrations happened amid violations of children’s rights across the region, notably in the Democratic Republic of Congo (DRC), Ghana, Nigeria, Uganda, Ethiopia, Cameroon, Mozambique and Somalia.

While the past three decades have seen some progress in addressing infant and child mortality; reducing the number of preventable deaths; improving access to and quality of education; enacting child rights laws; combating violence against children; and providing for access to justice, child rights violations are escalating again across the continent.

From armed conflict, recruitment of child soldiers, displacement and child labour, to wanton killings, sexual violence and food insecurity – the list is long – children continue to bear the brunt of Africa’s failures. Although the risk the Covid-19 pandemic posed to the lives of children was recognised as early as April 2020 by the UN Committee on the Rights of the Child (see its statement here) and by Human Rights Watch, little action has been taken to mitigate it. As a result, in today’s Africa, pervasive conflict combined with Covid-19 have become anathema to further progress on children’s rights; if the truth be told, in many respects we are going backwards.

Below are some country examples:

The prevalence of armed conflict and its devastating short- and long-term impact on children in Africa runs counter to any progress made for the continent’s children. A report by Save the Children on 8 June 2021 suggests that non-state armed groups in the northern Mozambique province of Cabo Delgado had abducted at least 51 children, most of them girls, over the past 12 months.

According to Save the Children, the actual number of child abductions might be far higher since there are no verified data to show the number of children who have managed to escape their captors or those who may still be missing, sparking worry over how the abduction of children has become a new and alarmingly regular tactic by armed groups involved in the conflict.

According to the report, at least 700,000 people, including at least 364,000 children, are now displaced in the provinces of Cabo Delgado, Nampula, Niassa, Sofala and Zambezia as a result of violence and insecurity.

Save the Children called for the immediate release of all abducted children and for the perpetrators to be held accountable.

On 11 May 2021, Ethiopian government forces apprehended and executed Amanuel Wondimu Kebede, a 17-year-old boy, in broad daylight. The incident reportedly happened in Dembi Dollo, a town in the Kellem Wollega zone of western Oromia. A video posted on social media shows security forces taunting a bloodied Amanuel with a handgun tied around his neck.

In the ensuing weeks, the authorities intimidated and arbitrarily arrested other Dembi Dollo residents, including Amanuel’s family members. According to Human Rights Watch, the public execution of Amanuel underscores the lack of accountability for security force abuses in Ethiopia.

Normalisation of child labour in Ghana and Uganda

A rise in child labour and poverty has been recorded in Ghana and Uganda as a result of the unprecedented economic impact of Covid-19.

In May 2021, Human Rights Watch reported that school closures and inadequate government assistance are pushing children, some as young as eight years old, into exploitative and dangerous child labour.

Children in Ghana and Uganda are being subjected to working long, gruelling hours for little or no pay and face violence and harassment.

In Nigeria, Amnesty International continues to document the devastating impact that the decade-long conflict in northeast Nigeria has had on children. Boko Haram has carried out widespread abductions of young girls and boys. Rather than protecting children fleeing Boko Haram areas, the Nigerian military has been accused of unlawfully detaining them for months or years and subjecting them to torture and other inhuman treatment.

The government is also accused of failing to ensure displaced children have access to adequate education.

One concerning recent development was the abduction of 42 people at the Government Science College Kagara in central Niger state in the early hours of 17 February 2021. Authorities confirmed that 27 of those abducted were students, one of whom was shot dead. This occurred barely three months after a similar incident at a school in Kankara, Katsina state.

South Africa has high levels of domestic violence, gender-based violence, gun violence, gang violence and murder. Children are affected by all of these categories and the pandemic has set back their rights on every front.

Reports show there has been increased hunger and malnutrition in children, and all levels of education have been disrupted, particularly early childhood development and basic education, where it is thought that up to a decade has been lost. The most immediate result has been an increase in inequality and disadvantage. As a result of unrecognised rights violations and rising levels of depression and anxiety there has been an increase in suicide rates among children.

Faiez Jacobs, an ANC member of Parliament who represents the Greater Athlone constituency, condemned the case of Nathaniel Julies, a Down’s syndrome teenager who was gunned down by police in Eldorado Park, Gauteng in 2020.

The case “represents everything that is wrong in our society and the triple jeopardy that someone like Nathaniel faces: disabled, disadvantaged and a vulnerable teen”, he said.

But despite knowing this the ruling ANC is doing little to increase protection for children.

Somalia’s dangerous retreat into an ‘open prison’ for young girls

There was public outrage in Somalia in 2020 as its parliament considered a bill that would allow child marriage once a girl’s sexual organs mature and would allow forced marriage as long as the family gives consent. The United Nations, among other critics, registered concern that, if adopted, the new Sexual Intercourse Related Crimes Bill “would represent a major setback in the fight against sexual violence in Somalia and across the globe”.

While many states, including Somalia, have committed to various international legal tools that promote children’s rights, such as the Convention on the Rights of the Child (CRC) and the Optional Protocol to the CRC on the involvement of children in armed conflict, a number of these same states continue to deviate from them.

Recruiting children as soldiers is, unfortunately, common in most of the African countries affected by war. In 2017, Somalia recorded one of the largest number of children killed in war (931), and the highest number recruited and used in conflict (2,127).

Again, in 2019, the UN Human Rights Council reported that Somalia had the highest number of verified cases of child recruitment.

In the DRC, nearly 175 grave violations have been reported in the eastern province of Ituri since January 2021, including recruitment of children into armed groups, killing and maiming, sexual violence and attacks on schools and hospitals. The attacks have displaced more than 275 children, including 118 girls. Additionally, more than 100,000 children under five years suffer acute malnutrition, while attacks on schools have affected about 400,000 children aged six to 11.

A report on 28 April 2021 referred to “a spike in intercommunity violence, worsening the plight of children”.

The UN Children’s Fund has repeatedly warned about the violence, which includes machete attacks and sexual assaults.

Cameroon – when those who should serve and protect become the perpetrators

In September 2020, four Cameroonian soldiers were sentenced to 10 years in jail for their roles in shooting dead two women and two children in 2015. The killings were captured in a video that circulated in 2018, which showed the victims being hooded and shot. The victims, including a baby tied to the back of one of the women, were marched down a dusty road, blindfolded and shot 22 times.

Despite the pledges of protection in the African Charter on the Rights and Welfare of the Child Africa’s children are still deprived of many of their fundamental rights. In a majority of cases, their rights are violated with impunity and regardless of the rule of law. Very few cases ever reach the courts. By virtue of being the most vulnerable in society and also politically dispensable, children suffer silently in proportions that are yet to be fully comprehended.

It is high time the African Union and national governments made the long-overdue, genuine commitment to making Africa a child-friendly space. This will not come about from workshops, events or multilateral agreements or conventions that end up not being worth the paper they are written on, but by clear and deliberate steps to put the best interests of the child at the centre of all governance. DM/MC