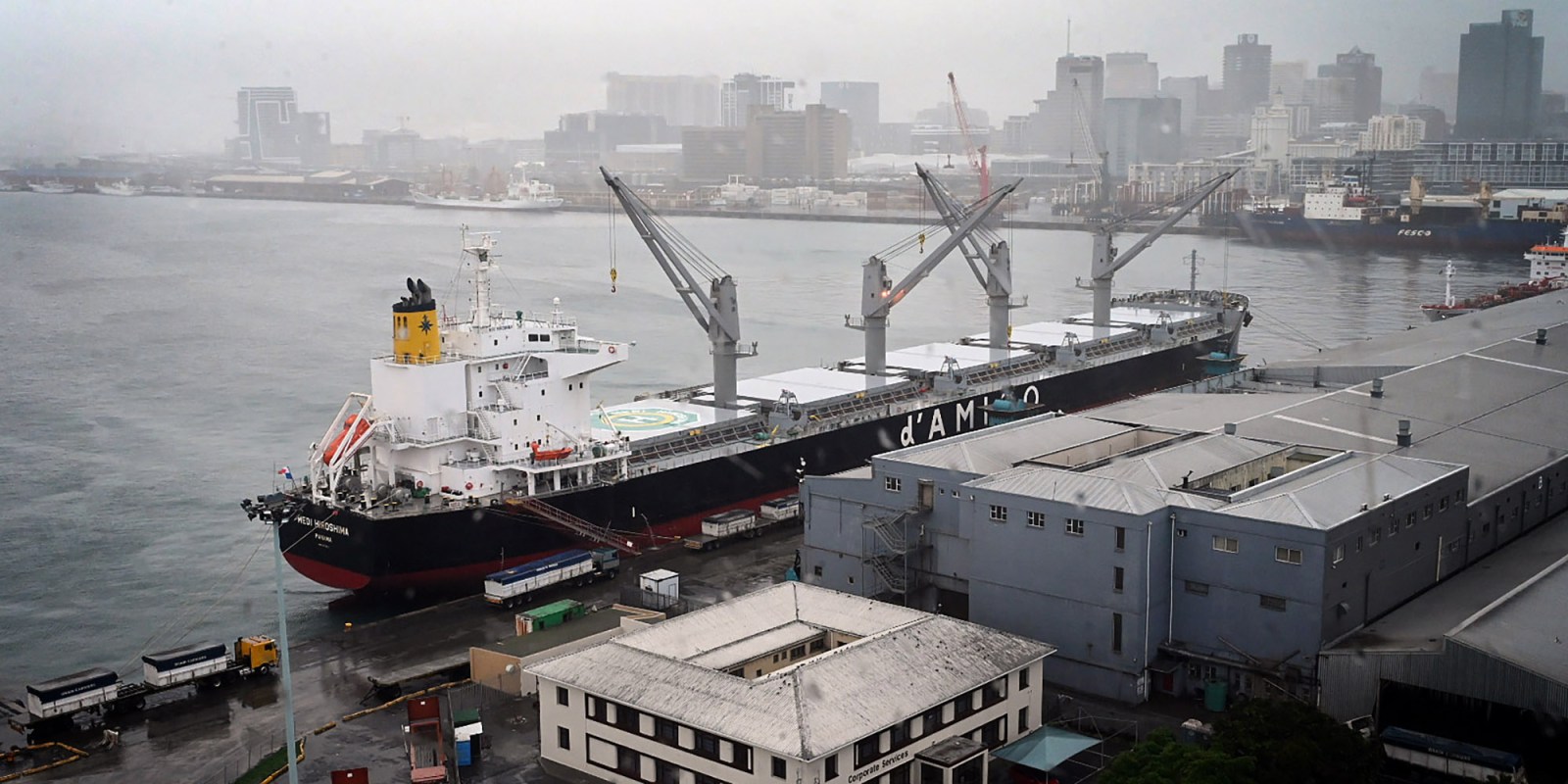 President Cyril Ramaphosa announced the establishment of the Transnet National Port Authority as an independent subsidiary of Transnet in June 2021. (Photo: GCIS)

South Africa’s president is on a drive to announce structural reforms that will unlock growth and stimulate job creation. Last week it was the announcement that private companies could generate 100MW of electricity for self-use, and the partial privatisation of SAA. This week it was to announce a measure that will help unlock efficiencies in South Africa’s poorly performing ports.

Almost 15 years after the National Ports Act came into effect on 26 November 2006, President Cyril Ramaphosa has announced that the Transnet National Ports Authority (TNPA) will be corporatised and established as an independent subsidiary of Transnet SOC Ltd.

This critical step was a key part of the legislation that was designed with the modernisation and efficient operations of South Africa’s ports in mind.

The company will have its own board of directors which will be appointed by the minister of public enterprises and not Transnet.

“This will create a clear separation between the roles of the infrastructure owner, which is the Transnet National Ports Authority, and the terminal operator, which is Transnet Port Terminals,” Ramaphosa said at the announcement in Cape Town on Tuesday.

“The functional and legal separation of these roles, which are currently operating divisions of the same company, will enable each to be fulfilled more independently and with greater efficiency.”

In particular, he added, it will mean that revenues generated by the ports can be invested in port infrastructure, both for the replacement of old equipment and for the upgrading and expansion of our ports.

The creation of a separate subsidiary will allow TNPA to make its own investment decisions and will ensure that it treats all terminal operators fairly and equally in the interests of port users.

The news will be welcomed by independent operators of cargo terminals, as well as shipping lines calling at the ports, who have long complained about poor efficiency and high charges.

“The development of high-quality and efficient container port infrastructure is a key contributor to successful, export-led growth strategies both in developing and developed countries,” said Martin Humphreys, lead transport economist and global lead for transport connectivity and regional integration in the World Bank.

This was ahead of the World Bank’s release of its inaugural “Container Port Performance Index 2020”, released in May. The index painted an unflattering picture of South Africa, ranking the port of Cape Town 347th out of 351 ports globally; Durban 349th and Nqura 351st — stone last.

This will not be news to Transnet, whose annual report for the year to March 2020 noted that operational performance has been declining at the ports of Durban, Cape Town, Gqeberha and Coega for several years.

This poor performance, which is measured by ship anchorage waiting time (on average 47-80 hours) and average ship turnaround time (39-72 hours) among others, has a negative impact on South Africa’s competitiveness by driving up costs and reducing the competitiveness of exports.

As a result, TNPA has embarked on a turnaround strategy to improve the reliability of the current fleet of equipment across all terminals by replacing equipment that had passed its useful life, recruiting additional gangs, filling existing vacancies and addressing employee concerns to improve staff morale.

But this has not gone far enough, fast enough, causing the City of Cape Town — one of the country’s key channels for exports and imports — to establish a port task team to address issues. This brought together stakeholders from across the port logistics value chain to find solutions to the challenges facing the Port of Cape Town, in particular.

“An efficient and world-class port will go a long way to bolster the province’s agricultural sector, which is a significant exporter in our province. By supporting the port, and this industry, we will unlock a greater number of job opportunities for those who need it most.

“We must strive to match the outputs of other major port cities and in doing so, bring on board private partners who can assist us in achieving this.”

“This is the first step of the changes that were envisioned by the act,” says Andrew Pike, head of ports, terminals & logistics at law firm Bowmans.

“While it is not clear whether the government will go this far, this first step is important as it ensures a separation between the player, Transnet Port Terminals and the referee, TNPA.”

This will also promote more competition in the ports and ensure that TNPA is able to play a bigger oversight role over all terminal operators, he adds.

Removing the structural constraints that are holding back economic growth in the country is a priority being driven by the president.

“I am concerned about the long periods that it takes to get things done in South Africa. I would like everything we do in terms of regulation or legislative process to be cut by half. This is what puts the brakes on economic progress,” he said in a deviation from the prepared notes.

“This is an indication that Transnet will intensify efforts to transform its core business and serve the SA economy.” DM/BM