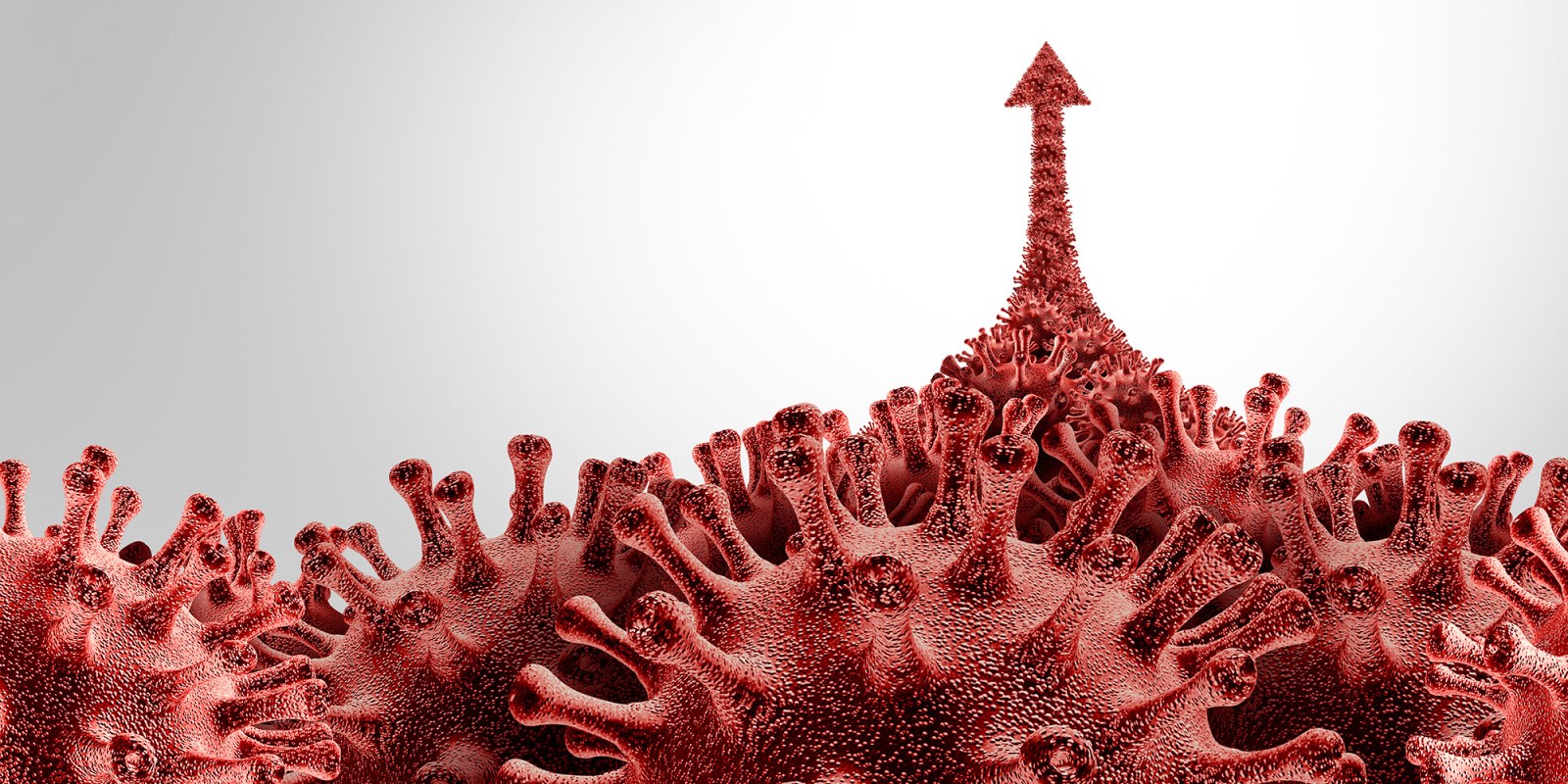 Latest statistics paint a picture of an economy well on its way to recovery. However, spiralling Covid-19 infections in Gauteng and signs of the same in the Western Cape and North West are cause for concern. Thankfully, a solid economic foundation has been cast during the first half of the year to see us through.

The South African Reserve Bank’s composite leading business cycle indicator released this week gives us an opportunity to look at business confidence, building plans approved, manufacturing orders and adverts for jobs, to see how positive sentiment and decisions already put in motion could play out in the next few quarters.

The news it conveyed was encouraging, with only two indicators declining – namely, money supply and the interest rate spread between 10-year government bonds and 91-day Treasuries.

What the leading indicator can’t do, however, is give an indication of the impact a spiralling third wave of coronavirus infections may have on the economy. This wave is looming large over our economic prospects and will largely determine how things play out in the second half of the year.

President Cyril Ramaphosa is trying to tread a fine line between slowing the infection rate while minimising the impact lockdown measures will have on the economy.

After announcing a shift to Level 3 last week, however, the dire situation in Gauteng – where hospitals are overflowing and cases continue to spiral – is putting increased pressure on him to further tighten restrictions.

Netcare CEO Richard Friedland is so concerned about what is happening at his hospitals that he has called for the Gauteng provincial government to institute a Level 5 lockdown and Ramaphosa himself is saying it may be time to review the level.

The one thing the latest business cycle leading indicators and other recent economic statistics do confirm for us is that there are more economic forces working in our favour than not, at the moment.

The whiplash experienced by global financial markets in the wake of last week’s US Fed meeting has largely unwound, enabling the rand to regain some of the ground it lost in the midst of the mini-taper tantrum. But it has lost ground against its emerging market peers, coming in at third place for the year to date, with a gain of 3.2%, after being overtaken by the Brazilian real, up 3.6% year to date (see graph below). 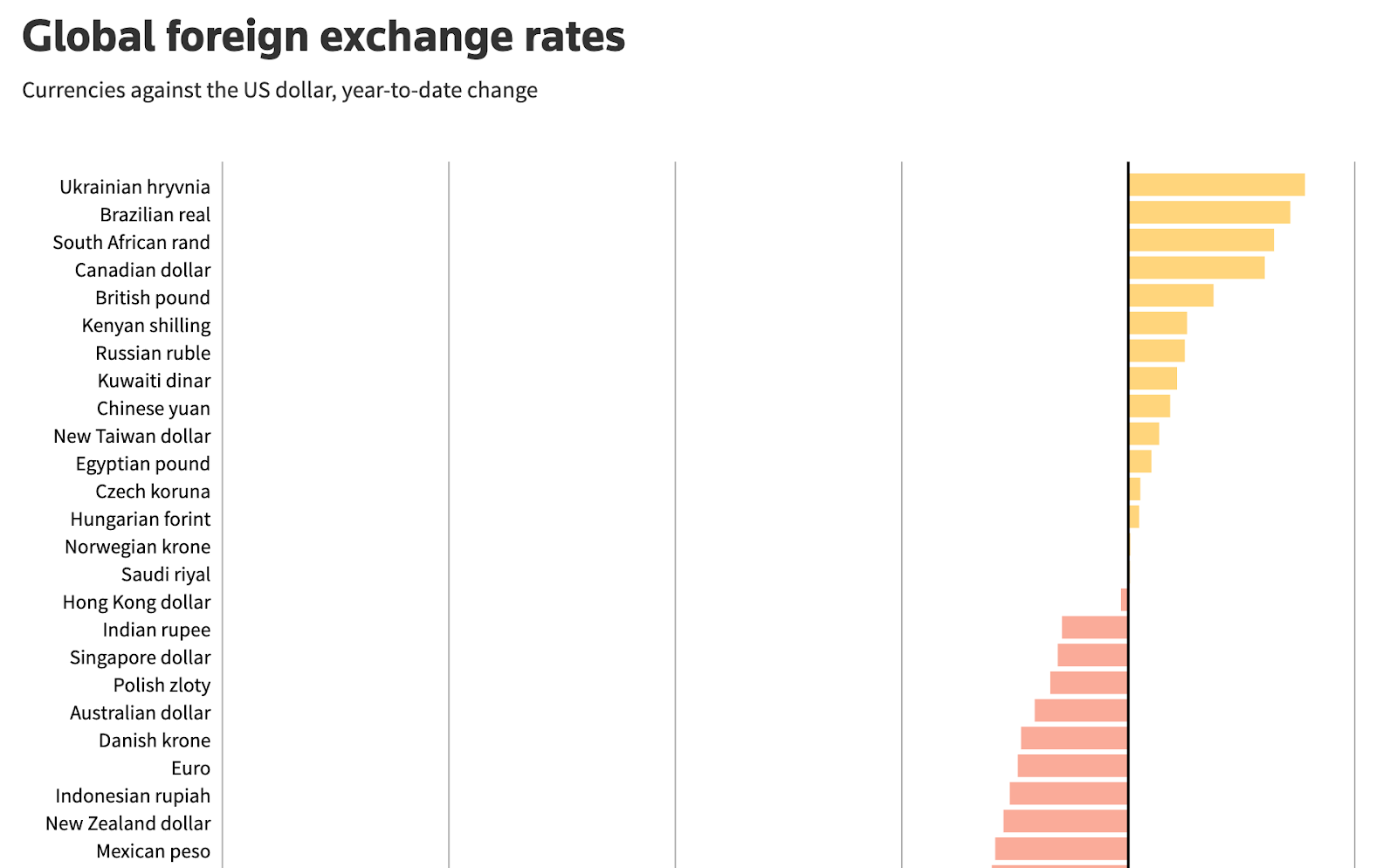 You might ask how the Brazilian currency can be doing better than the rand when the Latin American country is still so clearly losing the fight against the virus, with no sign of improvement in sight.

The currency’s gains are largely a result of the material increases in interest rates that have been instituted this year in an attempt to quell high double-digit inflation. Higher interest rates and reasonable optimism about the Brazilian economy have served to increase the relative attractiveness of the emerging market as a carry trade.

South Africa may not yet have raised the official interest rate because inflation is not a concern for now, but the SA Reserve Bank is ready to do so in the upcoming quarters if inflationary pressures look like they are building. That will maintain our attraction to developed market investors as a higher yielding investment destination with a still-robust economy.

Old Mutual Multi Managers investment strategist Izak Odendaal even views the one supposedly “negative” leading indicator, namely the narrowing in the interest rate spread, as a positive. He says that in the current context, a flatter yield curve is actually good news in so far as it reflects lower long bond yields.

“Normally, an upwardly sloping yield curve is a good sign since it means the market is pricing in stronger growth and hence higher rates into the future. However, over the past year the yield curve steepened because short-rates fell in line with the repo, but long bond yields remained high (in fact they temporarily spiked higher in March) due to fiscal concerns.”

He attributes the slowdown in the money supply indicator partly to inflation running higher recently, which is reflected in the real growth rate of M1.

The main things Odendaal looks at when considering the outlook for SA growth are:

However, she acknowledges that the third wave has been extremely virulent, and, with Gauteng still in the grips of it, we are starting to see the same rapid increase in infections in the Western Cape and North West.

Though the trajectory of the virus does put the economy at risk, it is good news that a solid foundation has been put in place during the first half of the year, with recent policy decisions cementing it even further.

So, as Odendaal comments, the third wave may disrupt the recovery but it is unlikely to derail it. DM/BM