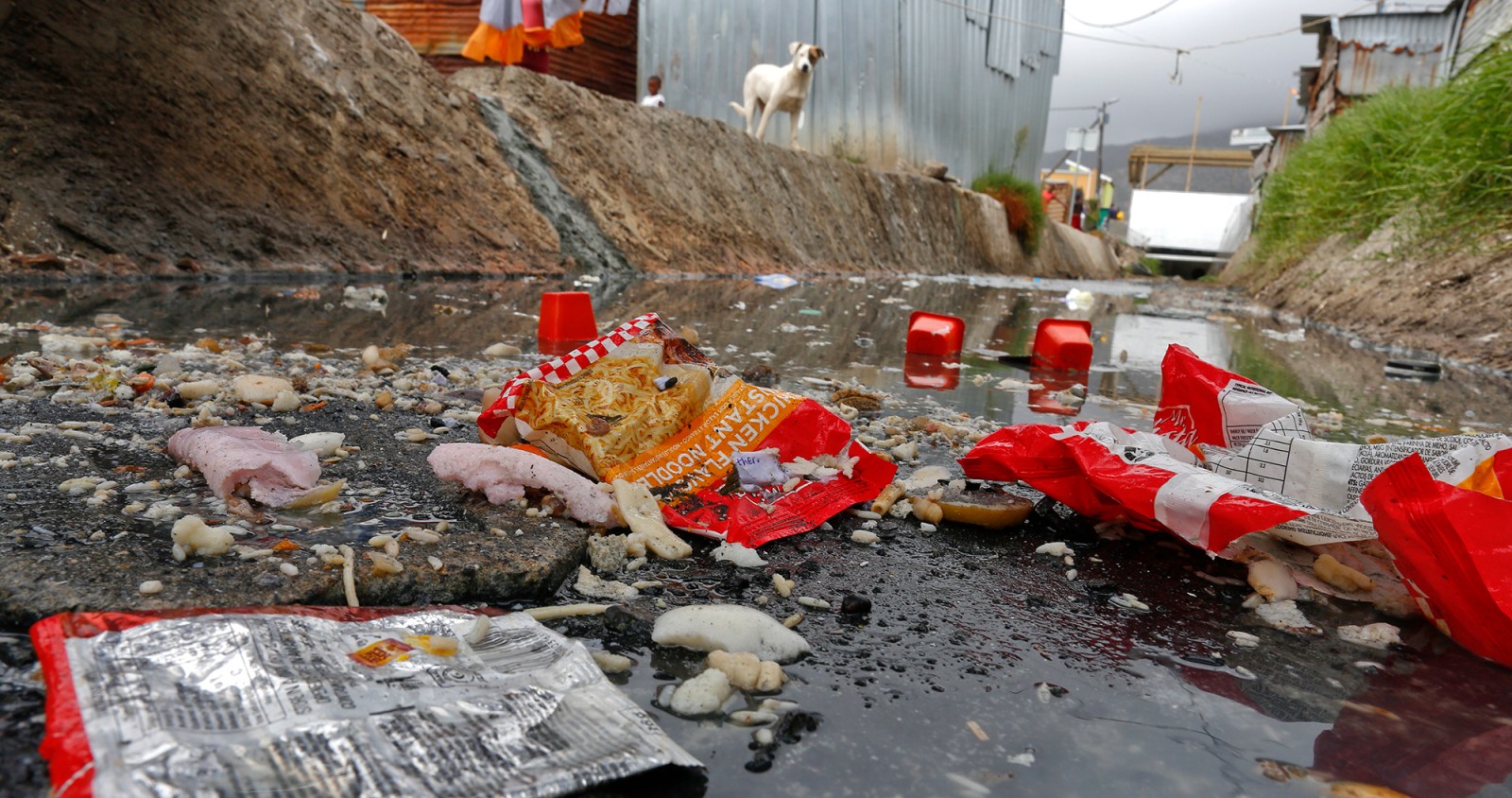 Plastic pollution is hazardous to land and the oceans, but a draft policy document reveals that the Department of Forestry, Fisheries and the Environment is not in favour of new multilateral environmental agreement on plastic pollution.

A leaked draft policy document reveals that the Department of Forestry, Fisheries and the Environment does not support the establishment of a new multilateral environmental agreement on plastic pollution.

Last week, a leaked document, marked confidential, from the Department of Forestry, Fisheries and the Environment (DFFE) acknowledged the plastic pollution problem, but stops short of joining any further proposed global treaties to deal with this.

The draft paper highlights the DFFE’s position at the Ministerial Conference on Marine Litter and Plastic Pollution that will take place in September.

“At this stage NO decision whatsoever has been taken by the Department on any new international agreement that arises from UNEA [United Nations Environment Assembly] with regard to plastic waste. Leaked draft documents do not represent decisions of the organisation,” the DFFE’s chief director of communications, Albi Modise, told Daily Maverick via email.

Although the DFFE is proposing rejecting an additional treaty, it acknowledged in the draft document that South Africa is the 11th biggest polluter in the world and the third in Africa after Egypt and Nigeria.

Plastic pollution is hazardous to land and the oceans, as plastic tends to be blown into the oceans and broken down into microplastics by seawater.

Often, these toxic microplastics end up being ingested by sea animals, and in turn by humans.

According to the draft document, hesitation to join an additional convention stems from South Africa already being a part of the Basel Convention and the Stockholm Convention. Another concern was the financial strain on African economies, whose challenges have been exacerbated by the Covid-19 pandemic.

“I think that it’s worrying that environmental issues are still being approached through a prism of development vs environment; that you have to choose one or the other… ‘Do you want to eat or do you want clean air?’ ” said Prabhat Upadhyaya, a senior policy analyst with the World Wide Fund for Nature South Africa (WWF-SA).

The draft document states that South Africa should rest assured that, “…there are sufficient efforts being done under the Basel Convention, and also that the Stockholm Convention is adequate to handle other aspects relating to the toxic chemicals found in plastic…”.

Draft RSA Position on the Proposed New Treaty on Plastics

“There’s a flaw in that reasoning, because no treaty addresses the value chain of plastic across its lifecycle… how plastic is produced, essentially from fossils, and then how it’s consumed and how it’s disposed of,” said Upadhyaya.

South Africa generates 41kg per capita per year of plastic waste. This is above the global average of 29kg per capita per year, according to the draft document. An estimated 79,000 tonnes of plastic end up in South Africa’s oceans and rivers each year — about 3% of the country’s annual plastic waste. Globally, marine plastic pollution is expected to triple by 2040 if it is not addressed

Greenpeace Africa’s senior climate and energy campaign manager, Happy Khambule, told Daily Maverick that the department is prioritising the needs of the producers of plastic over the environment.

“The producers of waste and packaging have a large role to play in the economy. They provide jobs, they provide money. But they are not taking responsibility for what their products are doing to the environment and to people’s livelihoods,” Khambule said.

South Africa’s plastic industry employed about 60,000 people in 2019 and contributed about R70-million to the country’s economy.

Business Unity South Africa (Busa), the Department of Trade and Industry, and Plastics South Africa were consulted when drafting the document. Busa had requested that the government be mindful of the consequences of signing the treaty.

“While that should not be a reason not to adopt, it is common cause that policy uncertainty and misalignment are inhibitors of growth and development,” the draft document said.

WWF-SA analyst Upadhyaya added that it is a fundamental flaw that South Africa is not aligned with the shift that integrates development and environmental concerns.

Considerations around a new tax on single-use plastics are being made for items such as straws, coffee stirrers, water bottles and most food packaging. The primary focus, however, is increasing the plastic-tax collection and improving waste management infrastructure, the document outlines.

The draft proposal also raised concerns about developed countries not meeting their financial obligations to developing countries to implement multilateral environmental agreements, while developed countries continue to produce toxic chemicals and hazardous waste for products exported to the continent.

South Africa, with 54 other African nations, is part of the African Ministerial Conference on the Environment’s Durban Declaration that committed to “a new global agreement on plastic pollution that takes a comprehensive approach to addressing the full lifecycle of plastics”. Other than the declaration, little action seems to have been enforced.

“South Africa does not support the establishment of a new Multilateral Environmental Agreement, but is instead challenging the strengthening of already existent measures in place to reduce plastics, marine plastic litter and microbeads,” the DFFE said in the leaked proposal.

The DFFE told Daily Maverick, “The department is deeply concerned about plastic waste and it is a matter of public record that we have taken a range of measures to combat plastic waste and will continue to focus on this with the greatest diligence.” DM/OBP