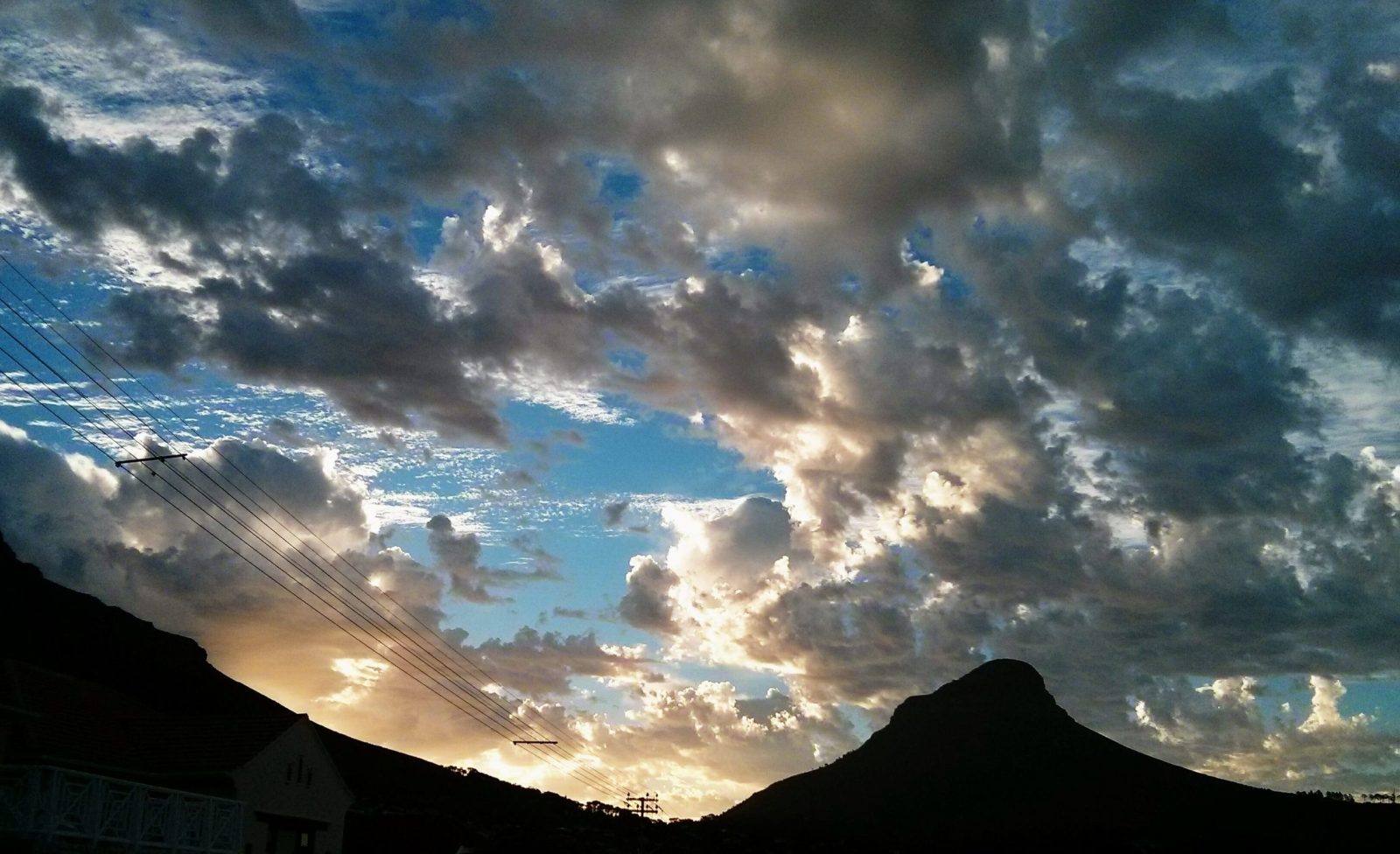 Clouds are those fluffy things that consist of almost nothing and float in the sky? Dead wrong. There’s more up there than you can imagine.

The idea was preposterous, but also simple and obvious. And like all simple, brilliant ideas you’ve never thought of, you go: “Oh yeah, why not?” when you hear it.

I first came across it in Trawler, an intriguing book by Redmond O’Hanlon about fishing at the edge of the continental shelf north of the Orkney Islands. The gale was fluctuating between force nine and 12, the sea was hideous, it was freezing and nobody was getting any sleep – maybe one or two hours a night – and they were already a week into the trip.

With all the bashing about they were dead beat but unable to drop off and suffering from sleep deprivation, so they’d lie in their bunks and rave on. Stream of consciousness stuff.

O’Hanlon, while rambling on to a companion on the trawler, recounts a story about Bill Hamilton whom he met while editing the science pages for the Times Literary Supplement. Hamilton, he insists, was one of the great theoretical biology geniuses of all time, a specialist on kin selection who solved, among many other evolutionary puzzles, all the key problems Darwin failed to solve in On the Origin of Species.

At one point before his early demise, Hamilton became interested in clouds. This O’Hanlon discovered while having dinner with him; a dinner, incidentally, during which Hamilton’s wife announced that she was divorcing him. Undeterred by this, he evidently broke his discussion for half a second, glanced at her and carried on (which might explain his wife’s problem).

The reason we have clouds, he explained to O’Hanlon, is because water vapour condenses into puffy white stuff (and, ultimately, as rain) if it has a particle to condense around. Dust. That’s the usual explanation. On closer investigation, he said, that dust would turn out to be bacteria.

Clouds are therefore biological. They’re servant-agents, sustained, created if you like, by bacteria to distribute themselves. Every time it rains, down they come… flu, pneumonia, tuberculosis and god knows what else, plus all sorts of useful bacteria. Biology. Life. Thundering down on our heads.

As far as O’Hanlon knew, only one experiment had been done to test this theory and it found clouds to be pullulating with bacteria. Was this possible? Had anything more been done? If it’s true it will change our whole view of infection – and about life on Earth. I simply had to find out.

That didn’t turn out to be easy. Quiet, reclusive Hamilton had a way of coming to conclusions seemingly so odd and so many steps ahead of fellow academics that he gained a reputation as something of a crank.

( In the early 1990s Bill Hamilton came across two papers, one a work in progress, the other in Rolling Stone, suggesting that the human immunodeficiency virus (HIV) was introduced to humans through the Salk 11 anti-polio vaccine administered to Africans by the League of Nations in the late 1950s. Pathogens being his passion, Hamilton decided to investigate.

On his first trip to the Democratic Republic of Congo he discovered that in the Western world, polio vaccine had been cultured on the livers of cows. But there were no cows in the tropics because of sleeping sickness, so in the lower latitudes it had been cultured on the livers of green monkeys and chimps, which carried HIV but were immune to it. The vision of caring nurses dutifully injecting thousands – maybe millions – of unsuspecting people with HIV is… well, it’s explosive stuff.

On Hamilton’s second trip to the DRC in 2000 he became critically ill and died. The official cause was given as malaria, but there were suggestions about poison and the desire of certain world bodies to curtail his investigation. The jury is still out on that one.)

So, while he was lauded for his kin selection work and awarded important prizes, pursuit of his wilder-seeming ideas has clearly not been the recommended path of aspiring young doctoral researchers.

A journal and web search came up with remarkably few references to what must be one of the most interesting directions in astrobiology (the study of the atmosphere’s biology). The few, however, are worth recounting.

Until only a few years ago nobody believed bacteria and viruses spent much time in the atmosphere between sneezes. If they were caught up in winds it was thought they would be quickly killed by ultraviolet radiation from the sun.

Russell Schnell from the University of Colorado, doing research on why there were so many hailstorms in western Kenya, stumbled on the fact that at the heart of each hailstone was the plant pathogen Pseudomonas syringae (can’t they invent short names for these tiny things?). Gene Shinn of the US Geological Survey has come across more than 130 species of African bacteria and fungal spores over the Caribbean, one of which, Aspergillus sydowii, killed nearly all the region’s sea fans.

Birgit Sattler of the University of Innsbruck, who sampled clouds over the Alps, was startled to find she had scooped around 1,500 bacteria in each millilitre of cloud meltwater. As the lifetime of a cloud far exceeds the lifespan of a bacterium, she was forced to assume that they not only lived in clouds but bred there as well.

“We have proved that there is life up there and it can reproduce,” she wrote. “Clouds should be considered as a microbial habitat.”

Now it’s one thing to find bacteria in clouds, but quite another to suggest that they make them. How could they do it? One way may be the result of algal blooms at sea. During warm spells sea algae increases massively and minute spores of phytoplankton (plants) drift upward on the wind and, at a certain height, form the nuclei of water droplets which condense around them.

A second theory is more interesting. Many species, such as P. syringae, can grow ice crystals around themselves by exuding chemicals that encourage supercooled water ever present in the atmosphere to freeze. These plant pathogens may have developed their ability to promote frost damage on leaves the better to consume them, but colonies living in clouds could do the same. And a cloud is what happens when airborne water forms ice crystals. Bacteria could therefore “seed” clouds and cause them to grow.

Why would they do this? To breed and travel. Rain may merely be bacteria’s way of greening Earth and ensuring an abundant food supply – which includes us.

The notion of living clouds raises the curtain on a larger issue. Without clouds, Earth would, millions of years ago, have become a wasteland such as Venus or Mars. Clouds reflect enough sunlight to keep Earth cool, distribute water from the sea to the land and purify it along the way. It is not hyperbole to suggest that they make life possible. But the idea that they make it possible for their own ends suggests that we should give more thought to the interconnection of all things. DM/ML