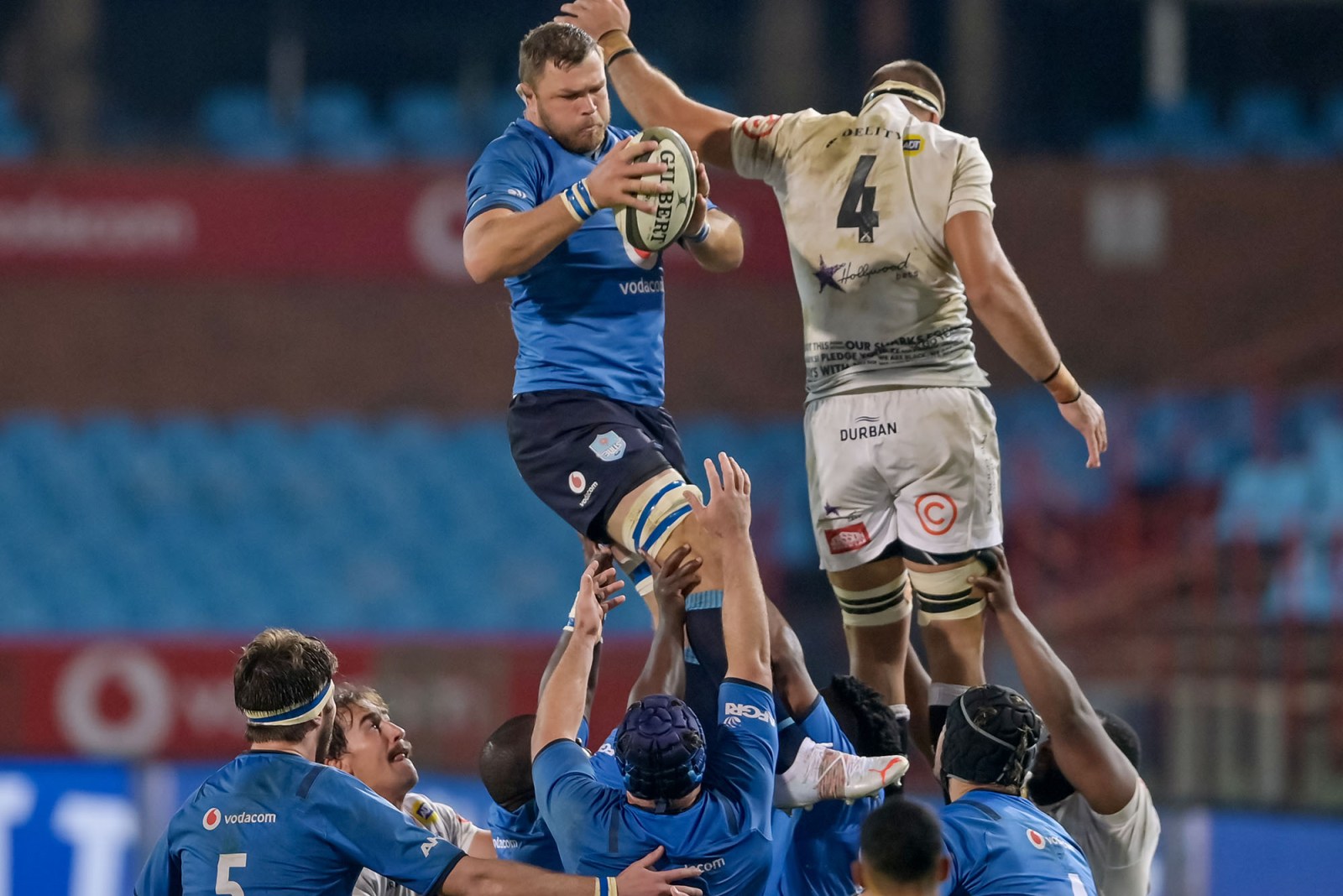 The confirmation that the Bulls, Lions, Sharks and Stormers will play in the United Rugby Championship in Europe from September will be a game-changer for the local sport, though it does bring challenges.

Imagine a European Champions Cup quarter-final lineup spread across two continents. The Bulls collide with Leinster beneath an African sunset at Loftus Versfeld. The Sharks host Racing 92 in the unforgiving humidity at Kings Park, while the Stormers travel to a wet and windy Sandy Park to challenge the Exeter Chiefs. Meanwhile, the Lions get more than they bargained for when they battle Toulouse in front of thousands of partisan French fans.

It won’t be long before these dream match-ups – which have been hypothetical for much of the professional era – play out on the famous grounds of Europe and South Africa. The Bulls, Lions, Sharks and Stormers have the green light to participate in an expanded 16-team tournament that will feature other top clubs from Ireland, Italy, Scotland and Wales. Come September, these teams will take the first step of what should be a game-changing journey.

It’s no secret that the franchises, the Springboks and SA Rugby itself are viewing the United Rugby Championship (URC) as a springboard to greater opportunities and ultimately a greater financial return in the northern hemisphere.

In the very same release explaining the format and structure of the URC, SA Rugby pointed out that the local teams competing in the URC would in effect be competing for a spot in the prestigious Champions Cup – the world’s premier club competition.

At least one team, namely the top-ranked South Africa side at the conclusion of the 2021/22 URC, will advance to the 2022/23 Champions Cup. The teams that don’t progress to the Champions Cup will compete in the second-tier European showpiece, the Challenge Cup.

Both European tournaments feature teams from the cash-flush English Premiership and the French Top 14.

Although the Champions Cup is the pinnacle, the second-tier Challenge Cup is highly competitive and showcases some of the biggest names in rugby.

Montpellier – who have World Cup-winners Handré Pollard and Cobus Reinach on their books – won the recent instalment when they defeated a Leicester side stacked with South Africans as well as a global superstar in former Crusaders and Fiji wing Nemani Nadolo.

DM168 understands that there will be further changes to the rugby landscape at the end of the current World Cup cycle. Come 2024, the South African teams could feature in a Club World Cup that includes the best teams from Europe as well as the best sides from the southern hemisphere – such as the cream of the crop in the Australasian competitions.

Consider that for a moment. Another dream clash between the Crusaders, the winner of Super Rugby Aotearoa in 2021, and Exeter Chiefs – Premiership and European Cup champions in 2020 – may well come to pass.

Furthermore, there may be an opportunity for the Boks to join the Six Nations, although at this stage it’s unclear whether the South Africans will replace perennial battlers Italy or whether they will join an expanded seven-team tournament. It’s certainly a move that will benefit South African rugby more than the established northern teams, who will be forced to make an 11-hour flight south for the first time in the competition’s history.

“We’re going north for all sorts of reasons,” Stormers coach John Dobson said. “There is a financial incentive.

“The [URC] is not the final destination for us and it shouldn’t be long before we are part of the Champions Cup. We want to see the big teams playing here in South Africa – that’s what is going to fill the stadiums. That’s the kind of product that the powers that be are after.”

There are, of course, several management and logistical challenges that the franchises will have to overcome. The season structure, both at home and abroad, will need to change. The number of contracted players in a squad – currently limited to 45 players – will need to be increased.

The issue was highlighted this past week as the end of the Rainbow Cup – a precursor to the United Rugby Championship – overlapped with the start of the Currie Cup.

On 19 June, the Bulls were asked to field one team in the Rainbow Cup final against Benetton Treviso in Italy and another side in their Currie Cup opener against Western Province in Pretoria.

It’s worth pointing out that neither side was at full strength. Top players such as veteran flyhalf Morné Steyn were released a week before the Rainbow Cup final in order to train with the Springboks for upcoming Tests against Georgia and the British & Irish Lions. As a result, changes were made to the Bulls’ first-choice side, and to the team tasked with beating WP in the Currie Cup.

It’s unsurprising to see the national coaches bringing these players into camp sooner rather than later. A Lions tour is a rare thing, staged in South Africa once every 12 years. What’s more, the Boks haven’t played together as a team since the 2019 World Cup final.

And yet, it’s plain to see how the current situation at the Bulls could become a familiar challenge for local franchises in future.

Three franchise coaches – Dobson, the Sharks’ Sean Everitt and the Lions’ Ivan van Rooyen – told DM168 that the squad sizes should increase to ensure that all four teams cope with the unique demands of playing in South Africa and Europe.

When one considers the schedule for the next 12 months, one begins to understand what these men are up against.

After the Currie Cup concludes in late August, the franchises will compete in the inaugural URC from September to June. The Boks are unlikely to feature in the first few rounds of the latter tournament, because the start of the URC will overlap with the final two rounds of the Rugby Championship.

The Boks will play their last four matches of the Rugby Championship in Australia and New Zealand. It would be a surprise to see those players representing their franchises a week after making the long journey home.

The schedule will become even more congested next year. The strain on resources will increase when the South African teams qualify for the Champions Cup and Challenge Cup from the 2022/23 northern hemisphere season.

At that point, the franchise coaches will have to juggle their players across the URC as well as a European tournament. It remains to be seen how a third piece in the shape of the Currie Cup will fit into the schedule puzzle from 2022 onwards.

Player management is a global problem, though, and player welfare a worldwide concern. A number of these issues would be alleviated by the implementation of a global season. This would result in a strict separation between club and international rugby and end the tug-of-war for top talent.

It would also ensure that all players enjoy a dedicated period for rest and pre-season conditioning.

There’s little point in staging a dream match-up between the Bulls and Leinster when the top South African and Irish players are either injured, fatigued or away on national duty. There’s no point in talking about winning multiple trophies and building dynasties when teams don’t possess the necessary strength in depth to go the distance in tournaments that span nine to 10 months.

All stakeholders would do well to keep this in mind as the game strives to develop a new and more lucrative product. DM168

The URC will use a single league table to rank the teams who will reach the knock-out stages and compete to reach the title and become the champions.

After 18 rounds the top eight sides will qualify for the playoffs. Teams will be seeded from 1 to 8 and will receive home advantage according to their seeding.