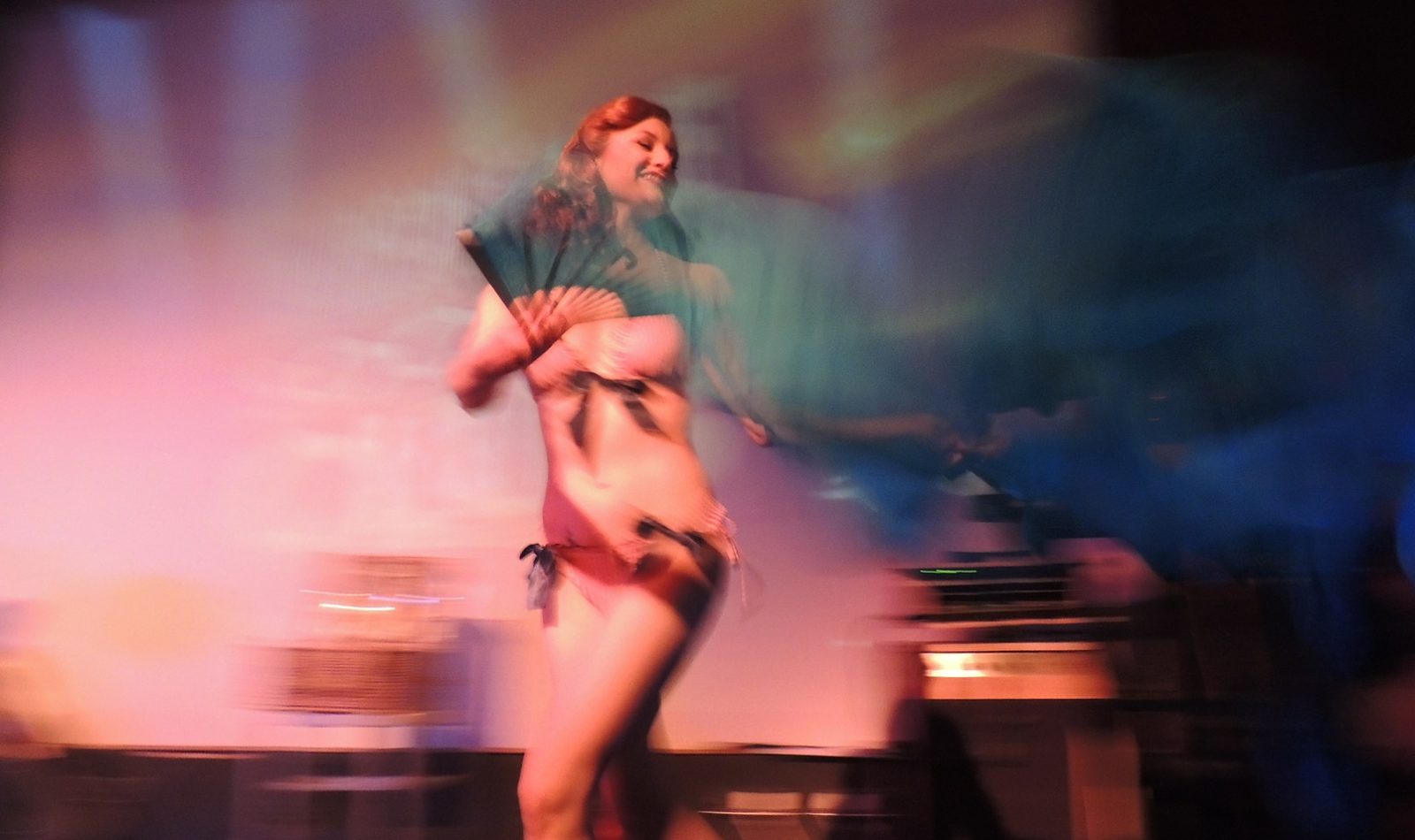 Burlesque has been around for centuries and yet it is constantly in flux, taking on new meaning one nipple-pasty at a time. What makes the contemporary niche of burlesque so special is arguably that it is not so much for the audience that the performers perform, but for themselves. Which begs the question, is burlesque a form of therapy?

When we think of burlesque, we often think of a striptease. In actuality the art form is so much more than that. What arguably sets the humorous performance art apart is that, at least in the case of Cape Town’s Rouge Revue, it is not for the male gaze, but for the performers to celebrate their femininity.

The show begins with an introduction from the Headmistress, dressed to the nines and endowed with a flute of champagne. From the get-go the audience is told that photographs are not allowed. This is so that each performer can have full autonomy over their bodies in that moment, able to withdraw consent if they please.

The Headmistress, Lady Magnolia aka Tenille Lindeque, precedes the show with a quote about loving one’s body, followed by the very true fact that this space is one of the few in which catcalling and wolf whistling are allowed – in fact encouraged.

The show consists of many different performances, by groups, solos, singers, trios. Each performance is unique and one hungrily awaits the next swish of a skirt, wiggle of a belly and of course the climactic moment when the handmade nipple pasties are released.

When one puts a large group of people, in this case, women, together in one space, the fact is that many of those people will have suffered in their lives, perhaps because of sexual trauma or merely just from navigating an unkind world. This conjures up a feeling of vulnerability, and what is vulnerability if not bravery?

The ability of the performers to own their bodies and imperfections and to celebrate their femininity is so powerful because it is so brave. In a world that surveils and attempts to control the female body, through subtle or obvious aggressions which are, in so many of us, internalised from girlhood, the ability to stand up in front of strangers and reveal the very body society has probably told you isn’t the right body is an act of protest.

Burlesque has shifted in reflection of the times; during Prohibition the nudity laws meant that an intrinsic aspect of the form was born – if the police arrived at a show a red light on the stage would alert the performers to run for their nipple pasties, so they could avoid arrest.

It became popular with the introduction of television, which drew people away from the theatre and toward their screens (we are not so unlike moths). Perhaps it was the storytelling, the talent or merely the flash of skin that propelled people to seek out burlesque shows, but it has not lost its enchantment. It is becoming popular, yet in a manner that still adopts the notes of the past, and one immediately realises what is meant by the word “class” when witnessing it.

Yet, why here and now? There is something to be said for the normalisation and popularisation of something that was once on the fringe of society: is it an act of appropriation or an act of rebellion? I think it is safe to say that it is an act of rebellion, the redefining and owning of one’s autonomous body. It is therapy with blue lights and smoke machines on a stage, therapy dressed in lingerie and kitten heels.

The Rouge Revue performers range in age from 23 to 65, they are women from all walks of life. The outcome is a safe space in which dancers can be their most authentic selves. The audience is 70% women, which tells one a lot about the art form. It is not a place for heterosexual men to get their rocks off (to put it crassly). A performer in Gauteng, Sapphire Flex, confirmed that in her four years of experience, they live by the phrase, “all bodies are burlesque bodies”.

There are three burlesque groups in Johannesburg and a number of independent performers, all doing it not only for self-emancipation but also to inspire people. Bachelorette bookings are a main source of support, providing a more intimate space to celebrate oneself.

This idea of “celebrating oneself” is so important in this world, and in this country, where gender-based violence is rife. To live in a country where you feel unsafe, where it almost feels as though there is a war against women, what could be more empowering than changing the narrative of one’s own body, that it is yours and yours alone to do with as you please and not someone else’s war zone?

The societal double standard for women, as discussed in Susan Sontag’s The Double Standard of Ageing, assumes that women after a certain age are no longer desirable. Where the beauty of boyhood and manhood is celebrated, for women, it is only the beauty of the girl that the world wants to see – think Lolita or spend a day in Harajuku. But why should there be an expiry date on a human body? We are not cartons of milk to be consumed before it is too late.

If burlesque is therapy, then like all therapy, it is work. The assumption is often that it is easy to be a burlesque performer; a jazz hand, a shimmy, the glimpse of a thigh. It is so much more, it is hitting a note, storytelling in 3D, finding the perfect balance between comedy and sassiness. But it is also months of preparation, including nipple-pasty workshops and writing introductions to your performance.

Like any form of therapy it is about delving into one’s deepest self. Finding your inner saboteur and wrestling with it in a world that tells you it is right, that not all bodies are beautiful, that womanhood has to look and dress and dance a certain way.

There is a magic to be found in the celebration of unique individuality which reflects something universal, the fact that all bodies are beautiful, or perhaps that vulnerability is bravery. DM/ML

Love and rockets: We need to figure out how to have sex in space for human survival and well-being

The Conversation
Save 4 mins

"Blue is the typical heavenly colour. The ultimate feeling it creates is one of rest. When it sinks to almost black it echoes grief that is hardly human." ~ Wassily Kandinsky