Mixed martial arts company won’t go down without a fi... 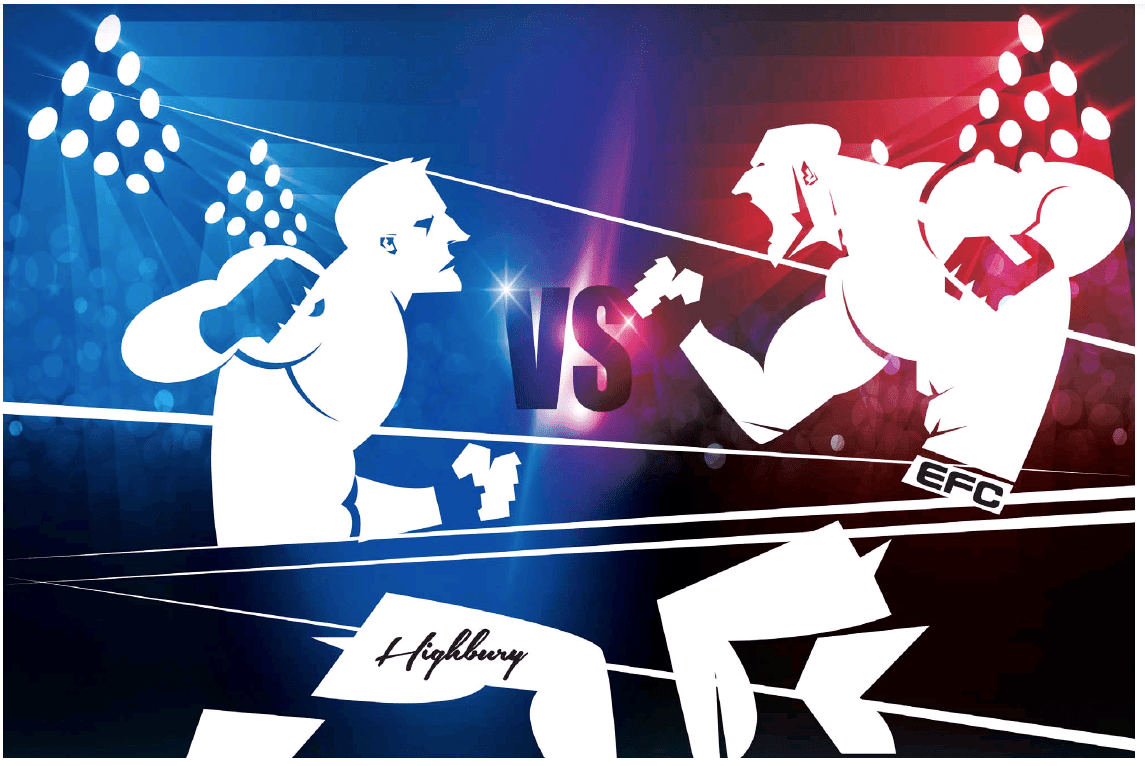 It’s a multibillion sports phenomenon, potentially more popular than boxing. Yet the company that is aiming to lead the field in Africa could be knocked out by a liquidation application.

Highbury Media, the largest independent media owner in South Africa, with titles like Getaway, Car, Women & Home and Garden & Home on its roster, as well as a large brand development and digital media operation, has applied for the liquidation of Extreme Fighting Championship (EFC), citing unpaid debts and breach of contractual obligations.

EFC has responded with an elbow strike of its own, arguing that there is no debt to be repaid and hence it will defend the application.

The company was founded by brothers Cairo, Silas and Calvin Howarth in 2009. At the time, they were into TV production, event management and marketing; in their free time, they practised mixed martial arts (MMA) for fitness. So they were well-positioned to see the rise of a new sport and a potentially lucrative business opportunity.

MMA, which combines boxing, judo, karate, wrestling and other disciplines, has come a long way since the late US senator John McCain called it “human cockfighting” in 1996. Since then, promotors of the sport have done much to implement rules and safety measures.

The company credited with growing the sport is Las Vegas-based UFC, which was bought for $2-million in 2002 and sold for more than $4-billion in 2016, making it one of the most lucrative deals in sport. By 2018, UFC was generating $700-million in revenue and was valued at $7-billion after winning a generous $1.5-billion TV contract with ESPN.

Clearly there is value in the industry, and potentially in EFC, which sees Africa as its prize.

“We want to build the UFC of Africa,” says Cairo Howarth, president of EFC. “This is a sport that appeals to a younger generation and to people who want to watch shorter clips. UFC has promoted the sport globally and there is a big following in Africa, particularly [in] the DRC [Democratic Republic of Congo], Nigeria, Rwanda, Uganda.”

Building the local company took time. Initially, the likes of Sun International and Supersport were not interested in hosting or streaming the events, but this changed as the sport built a critical mass of viewers outside the US.

By 2019, Sun International was hosting regular fights for EFC and SuperSport had a broadcast agreement covering live content and highlights. But, by 2019, EFC had also accumulated a significant amount of debt as the company tried to expand into Africa.

Enter Highbury Media. “EFC had great content and we believed there was an appetite for their product among commercial sponsors,” says Kevin Ferguson, CEO of Highbury Media.

And so, in September 2019, a memorandum of understanding was signed: Highbury would exclusively market EFC’s content, and commercial targets were agreed on. One clause gave Highbury the option to acquire 30% equity in EFC if it had raised R7.5-million in revenue by January 2021.

Highbury was aware that EFC owed Constantia Insurance R7.1-million and Okuhle Media Group R523-million. It agreed to loan EFC R1-million to pay off Okuhle and cover initial overheads. It also agreed (upfront) to loan EFC a further R1-million if it had not collected R1-million in commercial revenue within a stipulated period. “The SA market is a little pious when it comes to MMA sponsorship, but we saw the opportunity to build an African brand and believed we had the skills to deliver a commercial return on the product,” says Ferguson.

This is where the smoke and mirrors begin. EFC had told Highbury it had extensive contracts with broadcasters across Africa, including RTNC (Radio Télévision Nationale Congolaise) in the DRC, the Seychelles Broadcasting Company, and RVA in Rwanda. “We have Africa covered with more than 200 million Africans set to watch EFC in 2020 on the largest PayTV and Free to Air channels,” EFC’s marketing material says.

In late 2019, Highbury secured a R17-million contract from mobile network operator Africell based on the fact that EFC had a contract with RTNC to broadcast its fights. “This channel is watched by more than 100 million people. It’s the ultimate for any advertiser,” says Ferguson.

Yet, when contacted directly by Africell, RTNC claimed it had no relationship with EFC and, as a result, the deal was not signed. EFC, however, claimed the agreement was a verbal one and the papers were due to be signed imminently.

“Things started to go badly from here on. As well as the misrepresentation regarding the broadcasting rights, the financials were badly managed and creditors treated appallingly,” says Ferguson.

As the Covid-19 pandemic put the brakes on EFC’s business, Highbury elected to exit the agreement and in September 2020 demanded the repayment of its loans.

“We were counting on Highbury delivering on their side of the agreement, which they did not do,” says Howarth. “Now they say we owe them R2.2-million. That was not the agreement. That was the risk they took for the commercial rights to EFC. They owe us money!”

Howarth does not deny, however, that the company is cash-strapped. To shore up its finances EFC has launched a share offer, hoping to raise about R26-million by selling 20% of the business to investors (fighters and spectators) off a little-known fractional asset marketplace called Stack Assets. Investors are not presented with any financial history, and future forecasts seem optimistic.

“The potential and value that the capital raise will bring … is vast,” Howarth says. “We have been a privately owned company since inception, and we are very optimistic about the new heights and milestones that this listing will allow us to achieve. We are also really excited about the benefits that having our athletes and supporters as shareholders in the business will bring.” Although “several hundred thousand” has been raised to date, he says dividends will only be paid once the business is profitable.

Meanwhile, Highbury is pursuing the liquidation of EFC to “stop others from transacting with [the company]. There is nothing there. When a company can no longer pay creditors they need to stop trading or close,” Ferguson says.

By contrast, Howarth is adamant they will defend the application. “We think they are being vindictive and are out to give EFC a bad media reputation. They are unprofessional and are trying to damage our business.” DM168 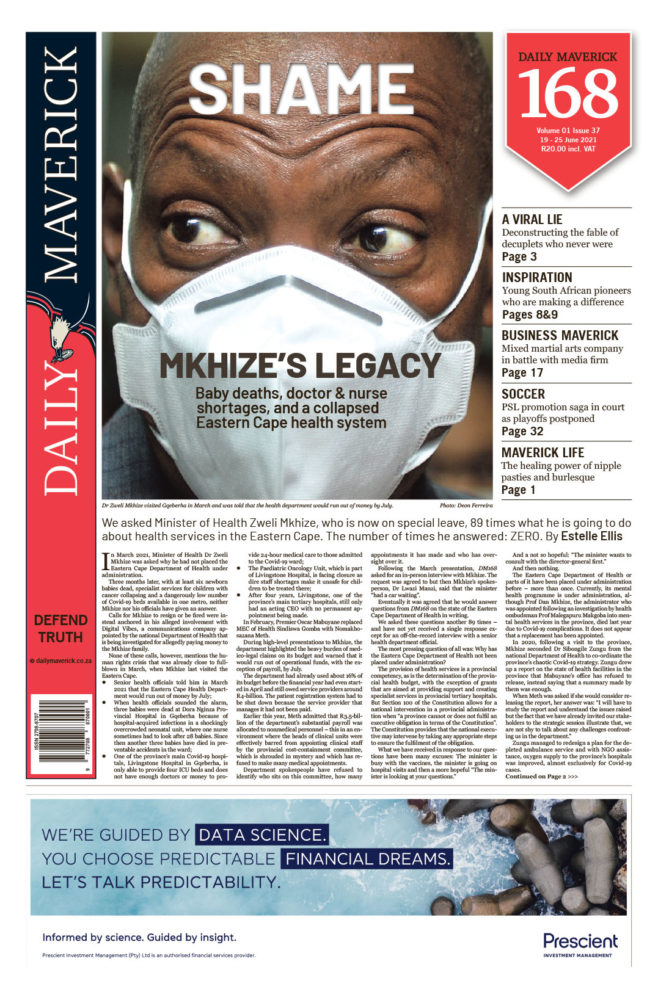