Collaborate to communicate in a crisis: How clinicians, scientists and journalists pulled together to spread good science 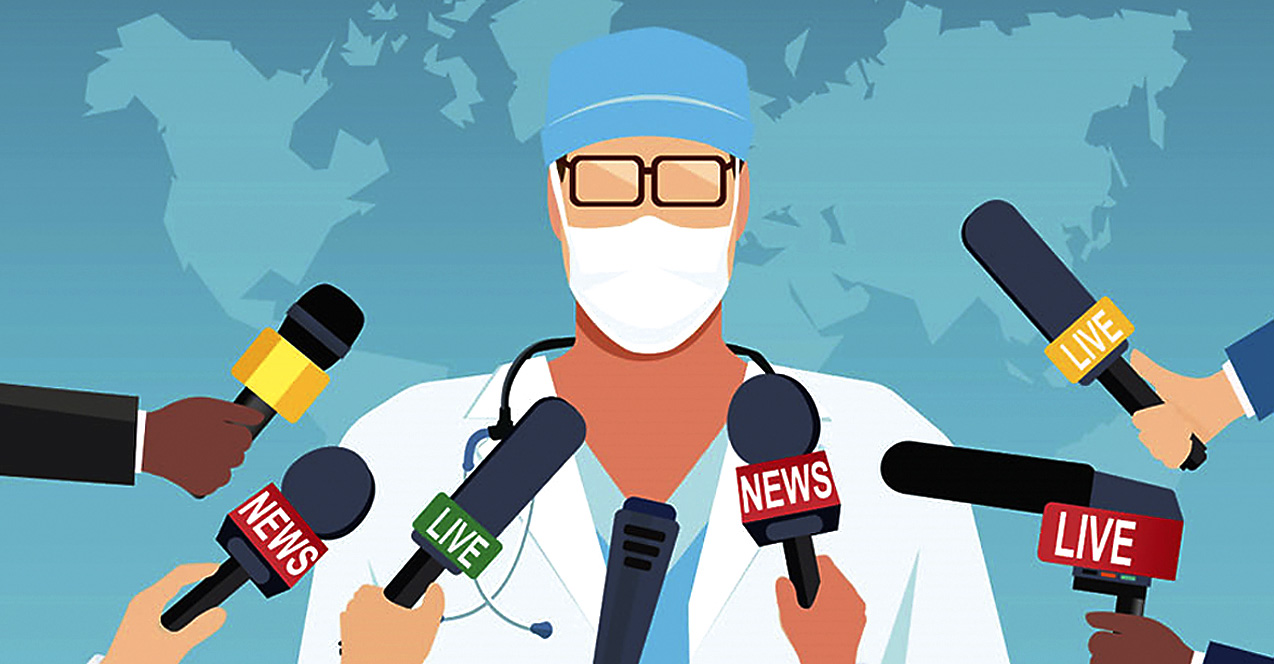 Some of the smartphone journalistic trends that were gaining momentum before Covid were accelerated during the pandemic. (Photo: coe.int / Wikipedia)

The Covid-19 pandemic has ramped up the pressure on journalists, scientists, clinicians and politicians to communicate science clearly and with care. They may strive for this same goal, but could never replace one another: it’s the communication and collaboration between them that makes for scientific stories the public can trust.

This was the consensus during a webinar hosted by Professor of Infectious Diseases Marc Mendelson of the University of Cape Town on 18 June. He was in discussion with Business Day science and health journalist Tamar Kahn, Maverick Citizen editor Mark Heywood and Prof Francois Venter, the head of Ezintsha at the University of the Witwatersrand, to unpack “Health Journalism during Covid-19 — have clinicians, scientists and politicians been a help or a hindrance?”

Clinicians and scientists have become much more public and prolific communicators during the Covid-19 crisis, but they are not journalists, said Kahn.

However, they are both curious and driven to create knowledge albeit in very different ways, she says. Clinicians and scientists will often communicate when they have a specific message they want to get across, whereas a journalist is driven by a need to understand, communicate and hold those in power to account, she said.

Heywood agreed. “Scientists and clinicians are not very good writers for the most part, but I do think they have understood the importance of communication and have become much better at communicating. They have used forums created by journalists to communicate science,” he said.

Journalists and scientists have benefited from the relationships and lessons which were established in trying to report on the HIV epidemic, says Heywood. It taught journalists that they had to understand the science they were reporting on.

The quality, quantity and variety of journalism were much better now during the Covid-19 crisis, he said.

“[During the pandemic] journalists have had to become health literate in no time at all and you’ve seen clinicians and scientists starting to appreciate the role of the media,” said Venter.

However, clinicians have been conflated as scientists and journalists often get this wrong too, he said. This leads to bad science being spread recklessly with little responsibility being taken for the consequences.

A challenge for journalists has been to explain the uncertainty around new scientific evidence, said Kahn. This was evident in the reporting on pre-print scientific papers which have not come before peer review. During the pandemic, there had been little chance to engage directly with the scientists, as all journalists received were press statements or briefings where no follow-up questions were permitted.

Another challenge was identifying the correct sources for the article — those with the supposedly correct credentials did not always provide the most credible information, said Kahn. “It’s all about knowing the context,” she said. “Often, it depends on who is available and who is articulate.”

Kahn lamented that there were not enough resources — such as time and money — to train journalists in health reporting during the Covid-19 pandemic as there had been during the HIV epidemic. “If you come in cold, you could do harm,” she explained.

The media had often tried to provide scientists and clinicians with a platform to inform the public, said Heywood. He used the example of Daily Maverick webinars, where experts in a field were answerable in real time to readers. It came down to mediation.

Another platform was The Scientists Collective, a series of health advisories written by a multidisciplinary group of South African academics working on Covid-19.

It was borne out of frustration with the government’s lack of communication, said Venter. “There were key messages which just weren’t getting out there.”

It was also a chance to share the “groundbreaking” discussions happening within the ministerial advisory committee on Covid-19 and gave them the chance to build consensus on pressing issues, such as mask-wearing.

But scientists and clinicians were not always in agreement. The public disputes were grounded in asking hard questions and keeping those in the scientific community accountable when they made “outrageous statements” or got things wrong, said Venter.

These disputes helped the Covid-19 effort more than they hindered it, said Heywood. “As journalists, we don’t have to protect the public from disputes in the scientific community,” he said. This is because the resolution will contribute to understanding and will “move the needle forward” on the public understanding of health.

Government presentations on Covid-19 were widely shared, but how helpful were they?

These evening presentations left journalists stressed as they had little time to digest and communicate this information properly in time for their early-morning print deadlines, said Kahn.

They created “the illusion of availability” — the information was shared, but there was almost no way to interrogate it, she explained. The questions went through gatekeepers and were often unanswered.

These presentations helped, but they were no replacement for a properly thought-out evidence-based communication programme from the government, said Heywood. He agreed that it gave the impression of communication but it had little substance.

The third wave of Covid-19 infections has just taken hold and vaccinations have been slow off the mark. What can be done differently now?

Scientists and clinicians need to provide the public with a scientific voice they can trust, said Venter.

Heywood said certain issues need to be given sustained attention so that knowledge and understanding could accumulate.

If journalists had more time to digest information, this would create huge value, said Kahn.

Although the Covid-19 science was being communicated, was it being shared widely enough and had it entrenched the science, questioned Heywood.

“Everyone needs to get to grips with the science of this pandemic and journalism plays a key role as a means of making that possible.” DM/MC