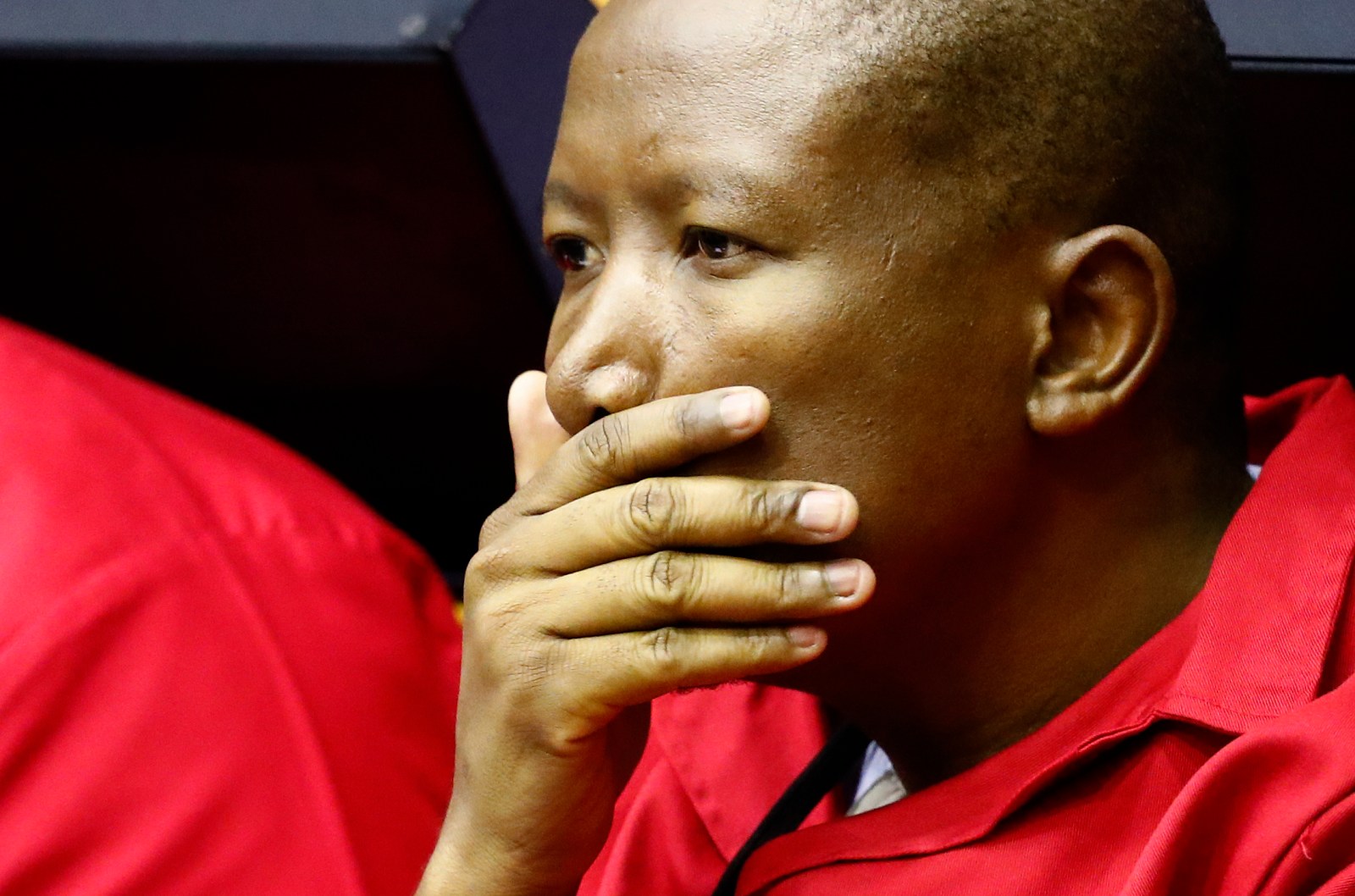 The fact that Julius Malema makes outrageous anti-Indian statements is no surprise. Right-wing demagogues have risen ... and they always scapegoat and defame minorities.

Over the years, numerous credible commentators have argued that Julius Malema and the EFF are proto-fascist or fascist. The EFF is clearly an authoritarian formation in which corrupt and demagogic leaders back the most ruthlessly corrupt faction of the political elite while claiming to speak for the poor.

The EFF also makes regular racist statements about Indians, some of which have disturbing echoes of the racist tropes about Jewish people found in European fascism. In a recent rant, Malema railed against an “Indian cabal that is taking strategic positions in this country” at the expense of “Africans”.

No one doubts that there is anti-African racism among some people of Indian descent. At the same time, no one doubts that, just as is the case with all other groups, there is a wide range of political positions held by people of Indian descent, including deep anti-racist commitments. It is also a matter of historical record that many Indian people committed their lives to the struggle against racism, some suffering torture and imprisonment, and some paying the ultimate price.

All the major progressive traditions in SA worked to build unity within the wider black population. This is true of the Black Consciousness Movement, the Communist Party, the trade union movement, the United Democratic Front and Umkhonto weSizwe.

This tradition is not dead. The Durban-based Abahlali baseMjondolo, the 100,000-strong poor people’s movement that now organises across five provinces, welcomes Indian members. One of its early leaders was the courageous activist Shamitha Naidoo, who is of Indian descent.

The ANC, however, has a mixed record on this question. Its liberals, communists and trade unionists have always clearly opposed anti-Indian racism. But one can argue that there is a long-standing current of anti-Indian sentiment in the ANC, going back to Anton Lembede, the founding president of the ANC Youth League. That current, which can be characterised as a chauvinist form of nationalism, is the political line from which Malema descends, via the late Peter Mokaba, who was openly anti-Indian.

Mokaba was also an Aids denialist and, as the Harvard historian Jacob Dlamini writes, a known agent of the apartheid system.

But the ways in which the party’s history is compromised on the questions of race runs deeper than its explicitly chauvinist current. For many years it mirrored Verwoerdian racial ideas by dividing its supporters into four congresses – the ANC for Africans, the South African Indian Congress for people of Indian descent, the Coloured People’s Congress for people de-Africanised by the colonial state and the Congress of Democrats for white people. It was only the Communist Party, and later Umkhonto weSizwe, that worked outside of Verwoerdian racial categories.

Membership of the ANC was solely for people defined as Africans by the apartheid state until 1969 and people who would not have been classified as African by Verwoerd were only allowed to be elected into leadership after the 1985 Kabwe conference. The ANC’s commitment to non-racialism came very late, and was never uniform.

The fact that Malema makes outrageous anti-Indian statements is no surprise. Right-wing demagogues have risen in much of the world and they always scapegoat and defame minorities. What is disappointing is that the dominant factions in the ANC do not come out fighting against Malema’s conduct. But, perhaps, given how recent and fragile the ANC’s commitment to genuine non-racialism is, we should not be entirely surprised.

When racial scapegoating and conspiracy theories become normalised we are on a dangerous path. Progressives across sectarian lines, and including trade union federations, grassroots organisations and the Communist Party, need to draw a line in the sand. DM168

Dr Imraan Buccus is a senior research associate at the Auwal Socio-Economic Research Institute and is a Research Fellow in the School of Social Sciences at the University of KwaZulu-Natal.