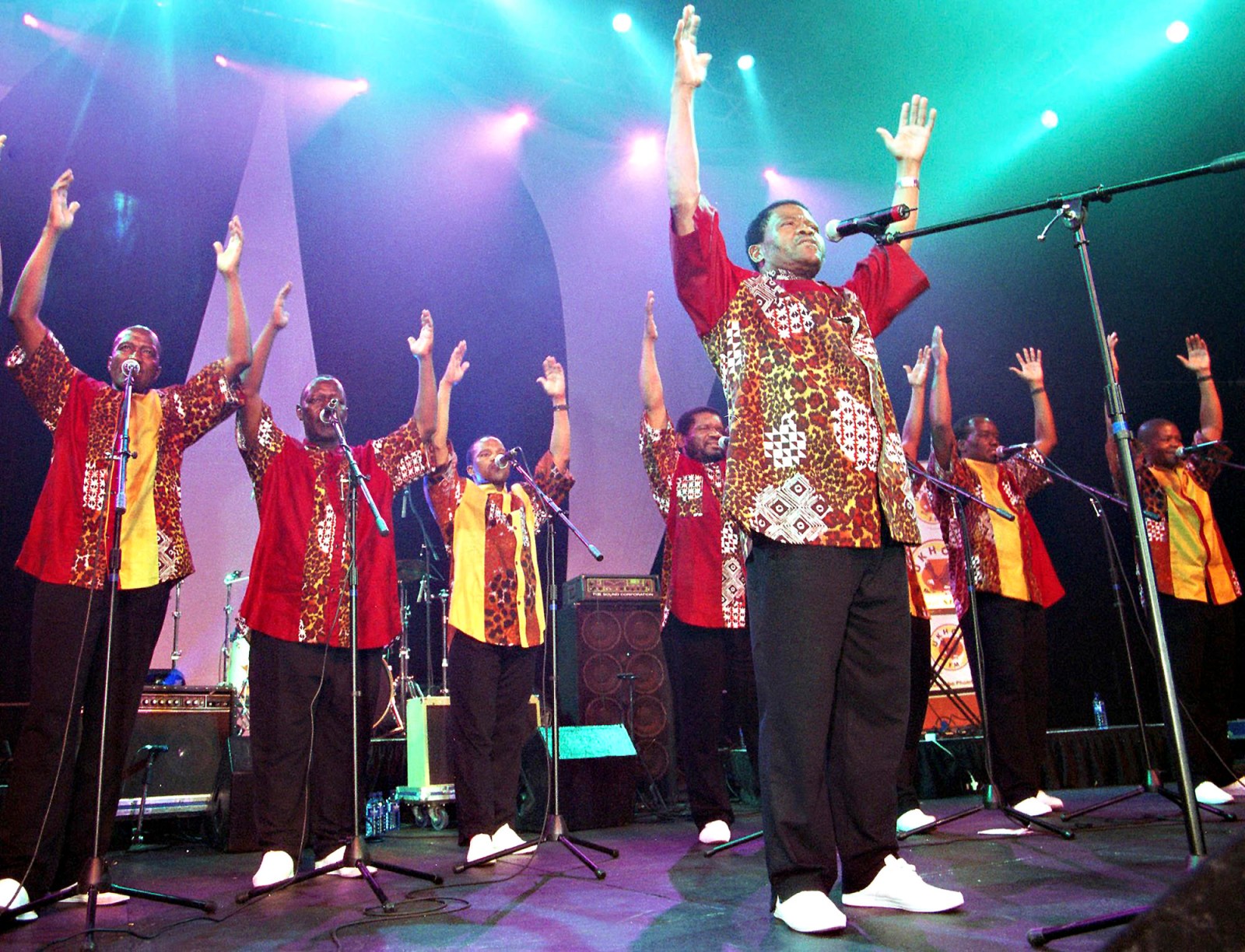 How much global goodwill and social capital is/was created for South Africa by the likes of Ladysmith Black Mambazo. (Photo:Gallo Images)

The arts and culture industry is in dire straits, with 27 years of bad leadership mostly to blame.

“Asinamali!” (we have no money!) sprang to life in 1957 in Gqeberha (Port Elizabeth) as the campaign cry of oppressed South African Congress of Trade Unions workers under apartheid. It spread rapidly.

In 1987, famous playwright Mbongeni Ngema turned the slogan into a globally acclaimed production of political theatre. Sarafina! followed, but things soured in 1996 when his fourth government-funded production, Sarafina! 2, flopped and he was criticised for arrogance, high fees and taking irregular funding.

Like Lucifer, Ngema plunged from grace. Struggle heroine Fatima Meer described one of his songs as “disgusting” and it was banned. Despite public anger at his racism, and claims of rape, assault, sexual harassment and infidelity, the ageing woman abuser won another outrageously huge government budget (R22-million) for a new show. A politician commented: “I don’t know of any other artist who has managed to get so much money from government.”

This story illustrates best what is wrong with arts and culture in South Africa today – a persistent catalogue of claims against arts and culture officials of misogyny, nepotism, corruption, theft, maladministration and other ills.

This playbook was, until recently, live at the National Arts Council (NAC) offices downtown in Johannesburg’s Newtown precinct, with sympathy protests countrywide. The 60-day sit-in by global singer Sibongile Mngoma and other artists demanded accountability for R300-million that Sport, Arts and Culture Minister Nathi Mthethwa admitted had “gone missing” from the Presidential Employment Stimulus Programme (a statement he later modified by saying the money had been “over-allocated”. The matter is now with the Public Protector and a forensic investigation is underway, while the CEO and CFO have been suspended).

Some foresee that this crisis may see Mthethwa ultimately leave in disgrace (again). Arts sector pressure is building rapidly via the Im4theArts movement (26,400 members), senior arts administrators and playwrights such as Ismail Mahomed and Mike van Graan, as well as organisations such as the South African Guild of Actors and the National Writers Association of South Africa, and some unions, all speaking out against the Department of Sport, Arts and Culture (DSAC) and the NAC.

The EFF entered the fray: “The entire industry is in disarray because of Nathi’s lack of understanding.” Mthethwa (in his second term) has been sharply criticised for his failures and insensitivity towards artists. In possibly the understatement of the year, the EFF said: “The minister is useless and must be removed.” The ANC remained silent. So did the DA and the minority parties.

Why is the DSAC unable to meet its mandate? Why is arts and culture seen as so unimportant when it is the glue that holds society together?

First, the ministers tasked with overseeing the huge arts and culture sector (more than a million jobs or worth R60-billion annually) have been a series of liars, incompetents and failures. Former Inkatha hack Dr Baldwin “Ben” Ngubane (1994 to 2004) later served disastrous but personally prosperous terms as board chair of SABC and Eskom.

Pallo Jordan resigned in disgrace after having lied about having a PhD. Lulama Xingwana bulldozed through five major controversies before Zuma replaced her with alleged “Alexandra mafia” boss Paul Mashatile (probably the best minister to date).

In May 2014, Mthethwa replaced Mashatile after being demoted following the 2012 Marikana massacre. A securocrat now the jackboot boss of the arts?

This “leadership” over 27 years reveals an industry controlled by unqualified people. Arts and culture is a complicated and diverse beast. Sector input is treated arrogantly and with disdain by ANC apparatchiks.

Second, policy has stagnated since the first-draft White Paper was published in 1996. Yes, 1996. A revised “final” White Paper appeared in 2013. A second draft arrived in 2016 and a third “discussion” draft in 2017, leading to the birth of a fourth draft that October.

There has been no official sector policy for 27 years. Cultural workers and professionals who contributed to the White Paper process were largely dismissed, but they fought back to create an impasse until a better policy was devised.

Third, the government ignores the arts, culture and heritage sectors when making economic policy. Trevor Manuel’s National Development Plan had zero official input from anyone in the sector, a reckless and disrespectful omission. GEAR (1996), ASGISA (2005), the New Growth Path (2010) and the NDP (2013) were all tainted by Manuel’s neoliberal hand and all failed. Covid-19 exposed the sick condition of the industry and the corrupt way it is run.

The World Bank and International Monetary Fund have admitted neoliberalism doesn’t work, but Finance Minister Tito Mboweni continues to punt it. Equally distressing was Minister of Employment and Labour Thulas Nxesi’s on-camera admission in April 2020 that his department could not help artists during hard lockdown: “On the issue of freelance workers, we cannot do something illegal for them. They fall outside of our current legislation.”

Nxesi didn’t realise he was admitting that the SA Revenue Service and the labour department had ignored and discriminated against freelancers for 27 years. Mthethwa remained silent, complicit. Nothing has changed since then: no reform, no attempt to fix those “cracks” that Nxesi said the artists and freelancers had fallen through.

Fourth, cultural and creative industries and tourism are globally recognised drivers of development, employment and growth, both economically and socially. Consider this: South Africa is Africa’s largest tourist destination, supported increasingly by arts and cultural tourism, says the World Travel and Tourism Council. Tourism indirectly brings R425-billion annually to our economy (2018). This is 8.6% of all economic activity, 8.2% of real GDP and 9.2% of total jobs.

These figures show clearly that tourism and the arts and culture sectors are critical to South Africa’s survival, yet they are mostly neglected. The arts sector has no seat at the government’s table to influence economic policy, budget allocations or arts and culture policy. Administration is chaotic, inadequate, slow and ineffective.

That’s not even listing writers, actors, poets, actors, filmmakers, photographers and a host of other award-winning creatives from advertising, graphic design, ad agencies, production houses, editors, translators, accountants and the support services that keep tourism and the creative industry working.

And all of this before Covid-19 struck, plunging theatres, cinemas and music events into silent darkness and tossing tourism and hospitality to the hyenas who stole a lot of the money allocated to help them through the crisis.

No wonder artists are using the moniker #ArtistsLivesMatter. They have lost careers, incomes, properties, savings, emotional stability and loved ones. Collaboration is tricky. Try to get a loan when you are freelance. Suicides are up and depression is soaring. The jackboot of Mthethwa’s DSAC is kneeling upon their throats, and creatives… can’t breathe.

While Mthethwa congratulates “icons”, sends condolences to those who died and fiddles with “social cohesion”, most of the DSAC’s institutions are disintegrating, a mirror of the decay within government and society.

Artists are demanding Mthethwa’s head on a plate. Amid the baying for blood, Ramaphosa remains uncaring, cold and silent. The chill of winter is already here. The stage just needs a single spark. DM168

David Forbes is an independent social and political commentator, with an allegiance only to truth.