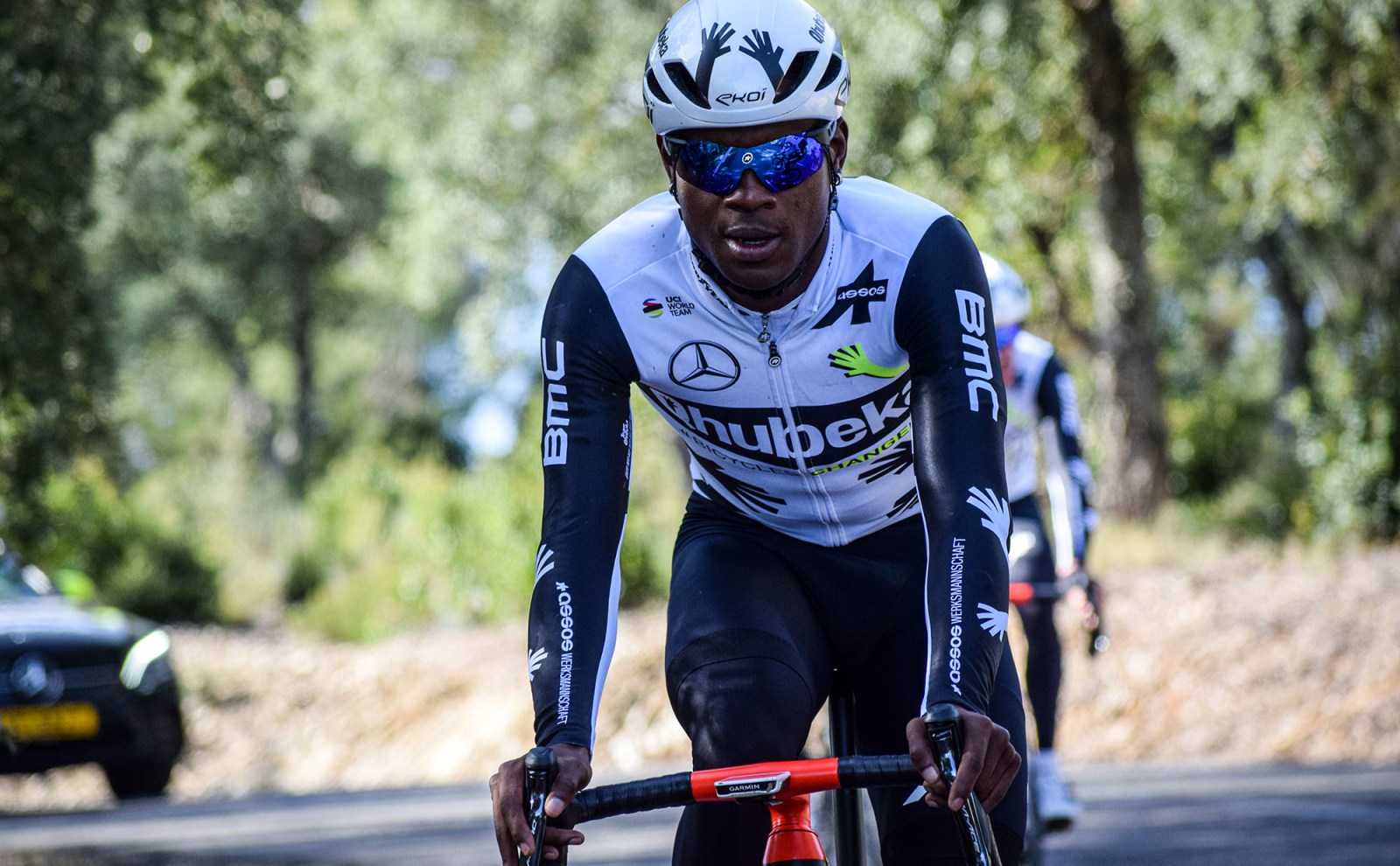 Twenty months after Nic Dlamini’s arm was broken by over-zealous Table Mountain rangers while he was on a training ride, the young South African will make his Tour de France debut.

Team Qhubeka Assos – Africa’s team competing in elite pelotons of the cycling world – has announced its eight-man team for the 2021 Tour de France, the sport’s biggest race on Friday. And Nic Dlamini’s name was on the roster for the first time.

The 25-year-old will make history as the first black South African to ride the Tour, although it’s always been a case of when, and not “if” for the man from Cape Town.

His journey to the Tour de France has not been without setbacks and challenges, most notably the Table Mountain incident. The recuperation from that injury sustained in December 2019, coincided with the outbreak of Covid-19. Dlamini also became a father in this period, moved to Holland to complete his rehab and then settled in Spain. It has been anything but easy.

Dlamini first caught the public eye as a runner before moving into cycling where his talents saw him move to the UCI’s World Cycling Centre Africa in Potchefstroom.

It was there that he earned a spot in Qhubeka’s UCI Continental outfit, which is based in Lucca, Italy.

In his second season with the continental team, Dlamini rode as a stagiaire (trainee) on SA’s WorldTour team. He turned professional in 2018. Since then, he has raced across the world, including twice competing at the Vuelta a España (2019 and 2020) and has worn the king of the mountains jersey at both the Tour Down Under and the Tour of Britain.

“Being selected to ride in my first Tour de France is an absolute dream come true for me,” Dlamini said. “It’s always been an absolute childhood dream for me and now that I’m about to live it makes it feel surreal.

“I think it speaks to what the team is about, the ubuntu spirit, and how we change people’s lives because it is honestly a very special moment: to come from a small township and then to go to the Tour de France.

“Considering where I come from it would simply have been impossible for me to have the opportunity to ride at the Tour de France if it wasn’t for Team Qhubeka Assos. The platform that they’ve provided me, and other riders from Africa, to compete at the highest level in cycling has been critical.

“I really hope that this will serve as a reference of hope and inspiration to many young South Africans, and people around the world, who have been working really hard to reach their dreams, my hope is that they take from this that anything is possible.

“I want to race the Tour to inspire more kids on Qhubeka bikes to follow in my footsteps and to experience the world like I have, for more kids in communities to put their hands up for bikes to work hard like I did, to dream big. I am living my dream.”

Dlamini has also been selected for Team South Africa for the Tokyo Olympics, which start a few days after the Tour de France ends in Paris on 18 July. The ideal scenario for the team is for Dlamini to be in the sprint for the line on Champs Élysées, which happens to fall on Mandela Day.

It has been a year of changes and demands on the all-rounder, who is expected to play the role of “domestique” (the team’s “workhorse”) in the Qhubeka-Assos team. Dlamini’s primary role will be to get into breakaways on selected stages and use his natural aggressive riding in those scenarios. He will also be a vital ally to team captains Michael Gogl and Simon Clarke.

“What a moment for Nic though; his story is simply an incredible one and for him to have earned this opportunity shows that dreams really do come true, and for the team to have provided that opportunity makes me incredibly proud,” team principal Doug Ryder said.

“He’s always been an individual that has stepped up and taken the opportunities that he’s fought for; and he will do so again when he lines up at the start line in Brest on the sport’s biggest stage in front of the world.

“This will culminate in an incredible moment for him, South Africa and especially for our team. His selection speaks to everything about what we’ve created and built with this team through providing hope, an opportunity and then ultimately the platform to be on the biggest stage of all, the Tour de France.”

Cycling’s unique structure sees most riders in a team sacrifice their personal ambitions for the overall team leader, or other riders with skills such as sprinting and climbing high mountains, which suit the team’s objectives on a particular stage.

While Qhubeka Assos don’t have riders with the credentials to win the three-week stage race, their objectives will be to win some individual stages.

They won three stages at the recent Giro d’ Italia and the bulk of this group has been preparing for the Tour de France at high altitude in Andorra.

Giro stage winners Victor Campenaerts (Belgium) and Max Walscheid (Germany) are both in the line-up and the pair have shown they have the speed to win on both hilly and flat stages.

Italian climber Fabio Aru, who turns 31 during the Tour, will challenge on some of the big climbs. He is a pedigreed cyclist who finished fifth in the 2017 Tour de France and wore the maillot jaune (leader’s yellow jersey) for two days.

Given that the final week of the Tour has two high mountain stages in the Pyrenees, including an iconic finish at Luz Ardiden via the 2,115-metre high Col du Tourmalet, Aru could challenge for a stage win. If the overall general classification contenders are embroiled in a tactical battle of watching each other, it could allow for Aru to attack.

“The Tour de France is a race that I love, and in 2021 will be one that I will approach with my teammates in the true spirit of ubuntu,” Aru said.

“We’ve seen the way that the team has raced this year, and particularly at the Giro d’Italia, and we look forward to continuing in the same way.