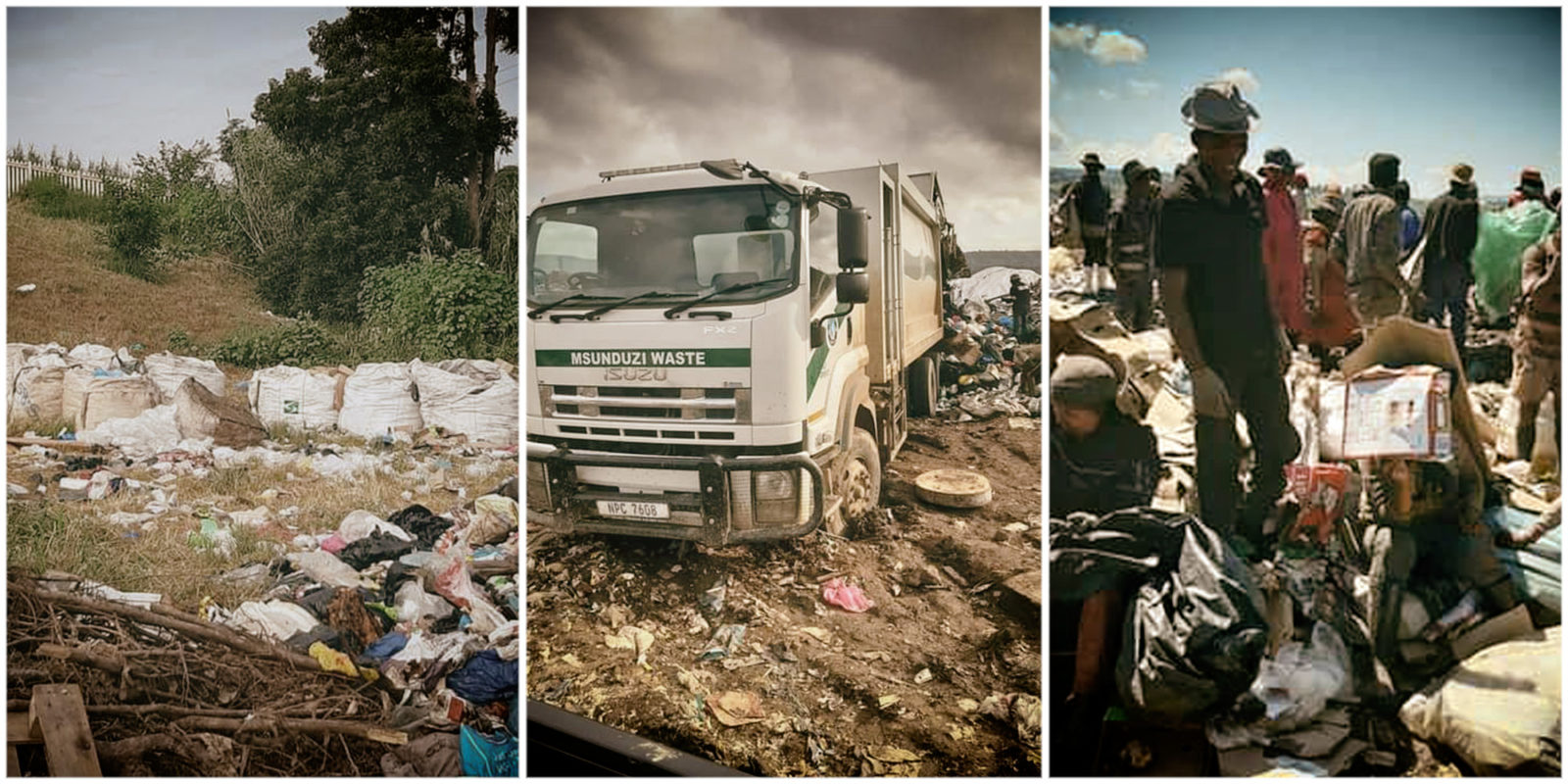 The Pietermaritzburg High Court has vindicated the community of Sobantu and surrounds after finding Msunduzi Municipality in breach of the Constitution over the toxic New England Road municipal landfill site. (Photo: Ntsikelelo Nkosi)

Pietermaritzburg residents are celebrating after a court ruled in their favour in a decade-old conflict over an unhealthy landfill site run by the Msunduzi municipality.

The Msunduzi municipality, which runs the KwaZulu-Natal town of Pietermaritzburg, has been given 30 days to come up with an action plan to deal with the environmental disaster that is the New England Road landfill site.

This comes after Pietermaritzburg High Court judge Rishi Seegobin found that the municipality had breached several environmental laws, including section 24 of the Constitution which highlights everyone’s right to a healthy environment protected from pollution.

According to Seegobin’s judgment, interested parties like the Sobantu community, which lives next to the landfill, the South African Human Rights Commission (SAHRC) and environmental activists will be given an opportunity to comment on the plan, but the municipality must return to court within six months to state under oath what it has done to remedy the situation.

After this, the municipality is expected to file “monthly reports indicating its progress with regard to the implementation of the action plan”.

Seegobin said the court reserved the right to make further directions on the matter.

In December 2020, the SAHRC filed an urgent application asking the court to declare that Msunduzi’s mismanagement of the site, and breach of its statutory duty, unlawfully violated the waste management licence, the Environmental Management Act, Waste Act, the National Water Act, a section of the Constitution and international law.

“The commission’s involvement was informed by what can only be described as a desperate cry for help by the citizens of Pietermaritzburg to make the municipality account for its continued failure to maintain the landfill site in a manner that would not be injurious to their health and wellbeing,” Seegobin said in his judgement on Thursday.

Seegobin accused the municipality of having “lost touch with its citizens”.

“When fires break out, when thick smoke and dust engulf the city, when schools have to be closed, when sections of the N3 have to be shut down, when citizens start complaining about their health, then there has to be something seriously wrong.

“It is no answer for the municipality to say it is ‘trying’… when the overall evidence suggests the opposite,” Seegobin said. He added that budgetary constraints cannot be used as an excuse for a problem that has been around for more than a decade.

Speaking after the ruling, SAHRC provincial head Lloyd Lotz described the outcome as a vindication for the community of Pietermaritzburg.

“We are elated, and I think it’s a vindication of the rights of the people of Pietermaritzburg and those who have been affected directly and indirectly over the past 10 years and more in the mismanagement of the landfill site,” said Lotz.

He said it was important to note the court had declared that the municipality had violated section 24 of the Constitution, the Environmental Management Act, the Waste Act and the Water Act.

“In essence, it is a victory in that the court has actually made a declaration that there has been a violation of environmental laws and the Constitution. Furthermore, the structural interdict is welcomed.

“In fact, we have always preferred for the structural interdict to be part of the order so that the municipality can be supervised in ensuring that it complies with its obligations,” he said.

A structural interdict forces an organisation to report on any developments regarding their work. They are supervised and have to submit reports to the court.

Ntsikelelo Nkosi, a social activist with the Siyazuza Ngemvelo Consortium, said the community of ward 35 had been fighting with the municipality for close to 15 years without success.

“The landfill site is hazardous and has been like this for years. We as the community have tried to engage the municipality but have received no positive response until now. We hope this will bring about a change,” he said.

“It smells, and breathing in the air in the area will make you sick,” he said, adding that fires break out from time to time, making it unsafe.

The judgment has been deemed a victory by the non-profit organisation groundWork. Musa Chamane, its waste campaign manager, said the municipality had been “given more than enough time to clean up its act”, but failed to do so.

Chamane said the municipality had been approached about the issue numerous times, but had turned a blind eye.

“The department of environmental affairs also ordered the city to develop a working plan for the dumpsite and follow directives and recommendations from the department, but Msunduzi municipality never honoured those directives, which resulted in the deterioration of the site.

“For more than a decade, groundWork has been engaging the municipality on how they can go about making sure that the site is managed properly, but all those efforts fell on deaf ears,” he said.

Chamane said the landfill had left families mourning the deaths of loved ones.

“In the last decade, there have been more than five deaths at the landfill as a result of poor operations. Members of the South African Waste Pickers Association based at the landfill had a plan to work with the city but that never took off… access control was agreed between the two parties but in the end it never got implemented by the city, and we warned them that the landfill will be swamped by thousands of unemployed people if they don’t control access.

“As a result, waste pickers and recyclers have died… Some are now disabled from injuries sustained at the site. This is a violation of human rights. How can we allow the municipality to kill people through incompetence?”

He said the judgment meant it was a day for celebrations.

“This is a victory for the community of Pietermaritzburg… hopefully the days of the stench and burning landfill have come to an end.

“Waste pickers are allowed to salvage materials or recyclables so that they can earn a living. The Waste Pickers Guideline document that is there to guide municipalities in integrating waste pickers should not be ignored.

“This case has set a precedent for a number of poorly managed landfill sites in the country,” said Chamane. DM/OBP