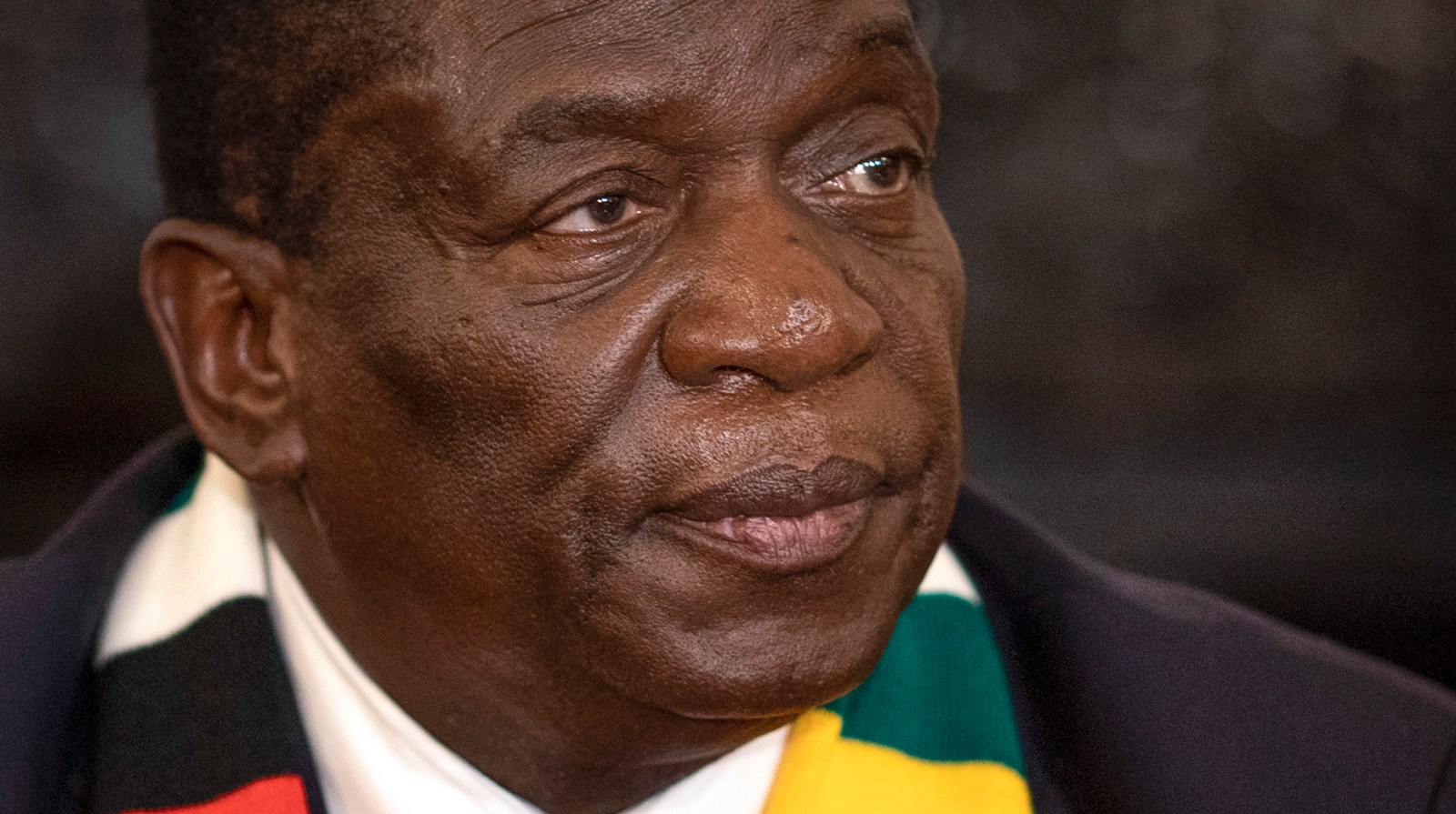 Even though it is clear that Zanu-PF has failed dismally to fix Zimbabwe's economy ahead of the 2023 general elections, a growing number of Zimbabweans are on a crusade to congregate around Zanu-PF and President Emmerson Mnangagwa. Among them are the youth, former members of the opposition and clerics. Why is this happening?

David Anodiwanashe Chikwaza is a researcher and scholar of political science and international development studies. Anotida Chikumbu is a historian and political economist. He is a PhD candidate and assistant lecturer in the department of history at the University of Massachusetts Amherst.

Any casual observer of Zimbabwean politics would agree that our electoral democracy faces many challenges: voter suppression and the muzzling of free speech; the corrosive effect of political sectarianism; vote-rigging and the imprisonment of opposition leaders; efforts to disrupt the peaceful transition of power.

But even though it is clear that Zanu-PF has failed dismally to fix Zimbabwe’s economy ahead of the 2023 general elections, a growing number of Zimbabweans are on a crusade to congregate around Zanu-PF and President Emmerson Mnangagwa. Among them are the youth, former members of the opposition and clerics.

Although there is an element of people liking Zanu-PF, its policies and its president, this development is not a reflection of the people’s admiration of Mnangagwa’s rule. Rather, it is a preordained manifestation of Zanu-PF’s neopatrimonialism.

Neopatrimonialism is defined in Democratic Experiments in Africa: Regime Transitions in Comparative Perspective as “the use of state resources for political legitimation”. This is usually done to secure the loyalty of voters in the general population.

The aim of neopatrimonialism is to make it impossible for voters to make free choices and it encourages elected officials to infringe laws to further an agenda or an electoral victory.

Historically, neopatrimonialism derives from the socioeconomic and political system established by colonialism and white minority rule, but it has also been a characteristic of African politics since independence.

In The State in Africa: The Politics of the Belly, Jean-Francois Bayart defines the “politics of the belly” as a phenomenon where there is a “life-and-death” struggle (at all levels of society) to get access to state resources referred to as the “national cake”, which is usually controlled by high-ranking politicians.

In Zimbabwe, Zanu-PF has over the years institutionalised neopatrimonialism. Widespread poverty has precipitated conditions for it to thrive. Since 2017, President Emmerson Mnangagwa has increasingly entangled himself in an intricate network built around patronage, impunity and cartels, thereby creating a bandwagon effect.

The serious shortage of food, shelter, sanitation, clean water, medication and quality education is forcing a significant number of Zimbabweans to bandwagon with the party that has a monopoly over the politicised supply of these goods and services.

A new online Dictionary of African Politics, published by Oxford University Press, defines this phenomenon as the “stomach infrastructure”.

Consequently, many Zimbabweans feel they have very limited options except to join what appears to be the winning team. As they say, “If you can’t beat them, join them.”

Young people are becoming active members because they want to enjoy access to land, tenders, employment and other benefits embroidered in greater proximity to power. Even though some have not openly joined the party, one can almost sniff it in their voices as they stand up in public to defend the regime in the hope that they will be noticed and rewarded.

Conventional means to success for the young are not yielding anything. This is clearly expressed in Zim dancehall music produced by the “ghetto youths” struggling in places like Mbare and Chitungwiza. Without political connections, even education is no longer an incentive for upward mobility.

The reality on the ground is that many are desperate and they admire those who are living flamboyant lifestyles. The young are saddled with enormous challenges, and they are desperate to eat the fruits of the land. They also want to enjoy impunity as they go about doing informal deals — “kungwavha ngwavha”, in the local parlance.

As noble as the call for the youth to register to vote may be, it is unfortunate to note that even if many do register, a significant number will not show up at the polling stations because the fundamentals are off course. Further, aligning with Zanu-PF will not fix the underlying problems facing young people. It will only exacerbate them.

In uncertain times and an unpredictable environment, clerical leaders too are opting to align themselves with the government instead of condemning human rights violations and economic mismanagement. They also seek protection for their businesses and are after direct links that will give them access to more opportunities.

In a video that went viral, Philip Chiyangwa advised Prophet Passion Java that if one ever wants to make money in Zimbabwe, they must never oppose Zanu-PF.

Even though there is much truth in Chiyangwa’s words, it paints a very negative picture for investors who might be interested in doing business in Zimbabwe. From this selfie video he took with President Mnangagwa, it appears Passion Java is simply heeding the advice he was given.

The timing also seems important as the country is fast approaching the 2023 harmonised elections. People like Passion Java have an enormous following among the electorate, so it is only prudent for Mnangagwa to identify with them. This appears to reflect a twist in the workings of “neopatrimonialism”, but actually just bears out the fact that the neopatrimonial exercise is reciprocal.

To this end, Mnangagwa is using his sway over the church for ecumenical diplomacy.

The appointment of Passion Java as vice-president of the Affirmative Action Group of Zimbabwe rests on the belief that his following will translate into votes for Zanu-PF at the polls. However, this view breaks down when subjected to analysis. Java’s following is merely founded on the youth’s admiration of his millionaire pomposity. Young people do not follow him because they approve of all he does, including, for instance, identifying with a system responsible for the tragic circumstances in which they find themselves.

As the opposition continues to be fragmented through heavy infiltration by Zanu-PF, many former members are joining the ruling party. This is due to a need to survive and to access the trinkets that come with membership.

Many are frustrated with opposition politics, and particularly with the ascendancy to power of Nelson Chamisa. Former MDC politicians like Obert Gutu, Elias Mudzuri, Douglas Mwonzora and Thoozani Khupe were particularly frustrated. To survive and remain relevant politically, they decided to indirectly hitch their wagon to Zanu-PF.

We can surmise that their decisions may also have been prompted by a belief that the opposition would not win elections any time soon. Since the 2018 election, no electoral reforms have taken place — including on issues relating to the Zimbabwe Electoral Commission (ZEC). For this reason, many do not see any prospects for change, even beyond the 2023 elections.

Next to nothing has changed in terms of election management and the fear is that 2018 is going to repeat itself. This makes despair fertile ground for the entrenchment of neopatrimonialism. DM/MC