Kenneth Kaunda: The flawed giant who squared up to colonialism and Aids 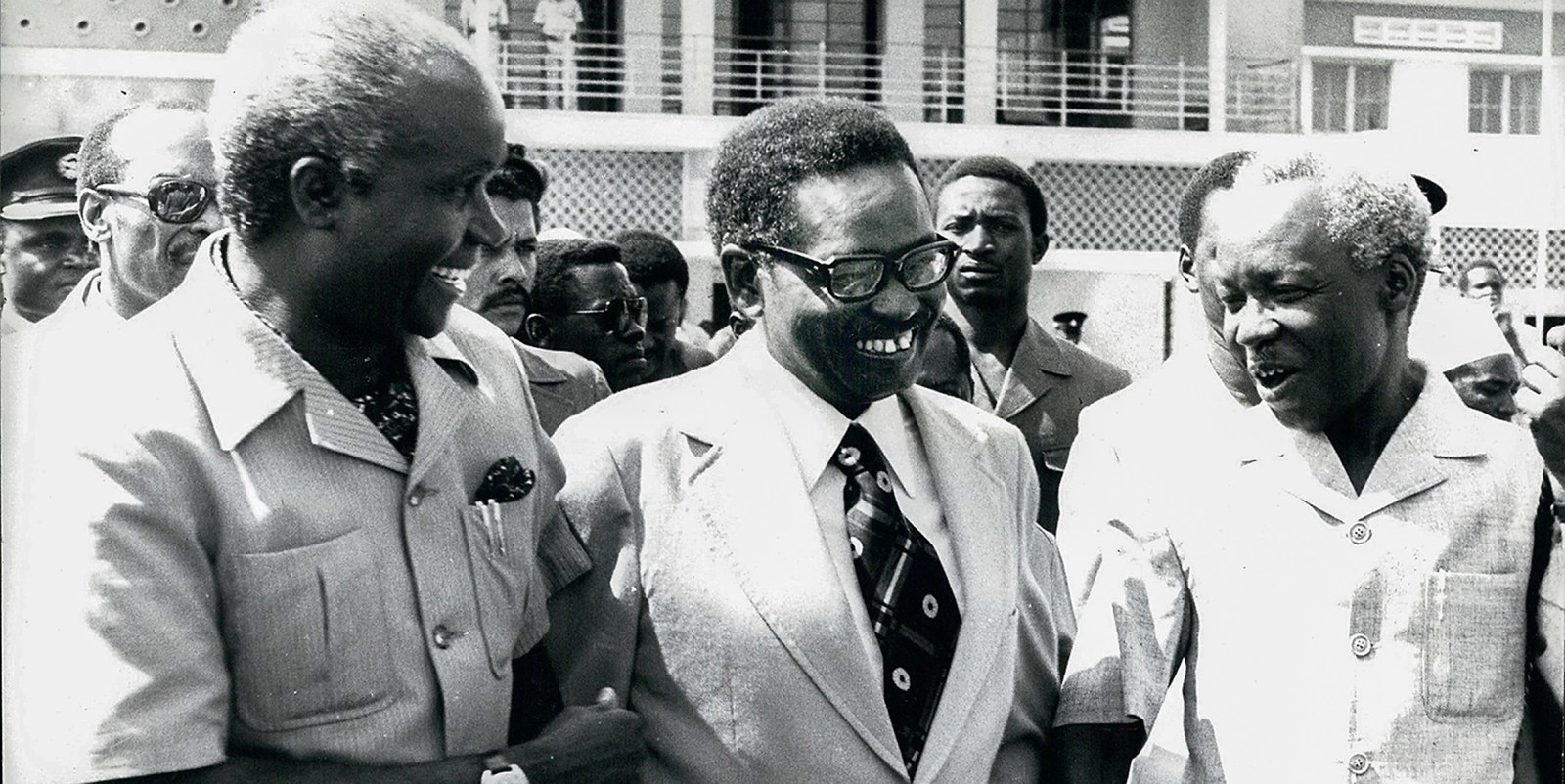 Kenneth Kaunda, Zambia’s founding president and anti-colonial hero, who governed one of the world’s biggest copper producers between 1964 and 1991, has died of pneumonia at a military hospital in the capital Lusaka. He was 97. Kaunda was the last survivor of his peers in the group of 20th-century African anti-colonial figures such as Nelson Mandela.

Nyasha Bhobo is an international journalist. Ray Mwareya is a fellow of the International Aids Association. @rmwareya (Twitter).

Fondly known across the continent as “KK”, Kenneth Kaunda was the youngest in a family of eight children. He squared up to Rhodesian colonialism in neighbouring Zimbabwe and apartheid South Africa by hosting camps for Zimbabwe’s Zapu and South Africa’s ANC guerillas – and paid a considerable price from the Rhodesian and apartheid air forces.

From 1986, following the death of his son to HIV-Aids, then a little-known pandemic in Africa – Kaunda lived to be one of Africa’s most energetic advocates in the battle against HIV-Aids.

In 1958 he went on a solo effort to create the Zambian African National Congress (ZANC) which the colonial authorities outlawed a year later. For his part, Kaunda was jailed in the capital Lusaka for nine months. In 1959, his party came to be known as National Development (UNIP), and upon release from jail, Kaunda embarked on a civil disobedience campaign termed Cha-cha-cha.

Kaunda’s principles were modelled on the approaches of Mahatma Gandhi. Thus, Kaunda sought to win independence for Zambia in adherence to the non-violence ethos.

Armed with a gift of public oratory, Kaunda achieved independence for Zambia in 1964 without engaging in violence, itself a rare feat when later compared to the bloody anti-colonial struggles that engulfed neighbouring Zimbabwe, Mozambique or Angola.

“Kaunda had studiously cultivated support circle(s) in the black civil rights movement in the USA. But non-violence was only one of Kaunda’s legacies,” says Stephen Chan, OBE, and eminent professor of politics at the School of African and Oriental Studies, University of London, who met Kaunda in 1991, two weeks before his loss of power.

“(But) his chief legacy has to be the fact that he united 72 African ethnic groups, the white population and the Indian population, into a united nation that has not only stuck together without civil war, but stuck together in defiance of all the pressures brought to bear by Apartheid South Africa. He faced all those pressures for the most part non-violently.”

What made Kaunda one of Africa’s most loved icons of the last century was how he used the newly independent Zambia to provide money, host guerilla logistical bases and refugee camps for anti-colonial guerrillas fighting fierce regimes in neighbouring Zimbabwe and apartheid South Africa.

On numerous occasions, and notably in 1979, the colonial Rhodesian air force in neighbouring Zimbabwe made dramatic air raids into Kaunda’s Zambia, some claim using chemical bombs, and killing hundreds of independence fighters from Zimbabwe.

These heavy tolls only emboldened Kaunda, deepened global sanctions on apartheid South Africa and amplified the legend of Kaunda so that, today, many streets in African capitals are named in his honour.

But Kaunda used his proud anti-colonial manoeuvres to crush dissent at home. In 1973, he banned all political opposition in Zambia. In 1991, he was to walk back his measures due to riots arising from food shortages in Zambia, a flailing economy and greater international pressure for democracy.

Thus, when democratic elections returned to Zambia in 1991, he was ousted from power by the opposition. In contrast to many African peers of his era, Kaunda gracefully accepted defeat, waving his trademark white handkerchief as a sign of peaceful capitulation.

“He conceded with a dignity and grace that was immaculate. He allowed a clean election to be fought without the slightest recourse to intimidation or rigging,” Chan recalls.

In his twilight years, from the early 2000s, Kaunda dedicated his time to publicly advocate for HIV treatment. He began to take public HIV tests as a way of cajoling Zambia’s public leaders and ordinary citizens to get tested for the virus publicly as a way of instilling confidence and beating back the infection. Zambia is in the top 10 countries with the highest HIV infection rates globally, with 1.1 million adults living with the virus in Zambia as of 2017.

The Kaiser Foundation described Kaunda as one of the few African leaders who waged an early and public fight against HIV/Aids.

“I do consider him exemplary,” says Chan. DM