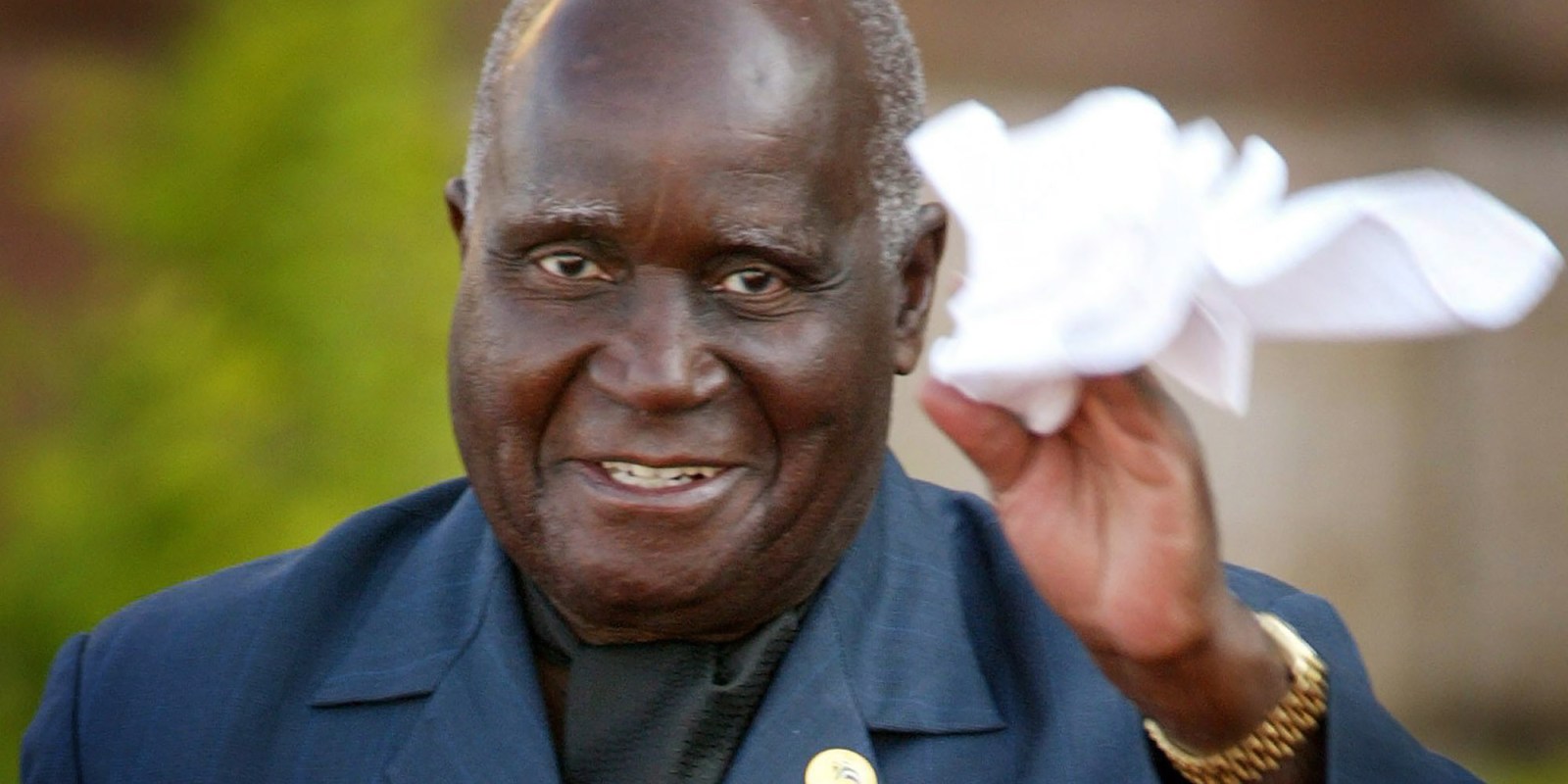 The demise of President Kenneth Kaunda at the grand old age of 97 brings to an end the pioneers and forefathers who led the struggles for the decolonisation of Africa and received the instrument of independence.

Tonight, I was welcomed in Addis Ababa, Ethiopia, by the sad news of the death of the first president of the Republic of Zambia and a founding father of the nation, His Excellency Dr Kenneth Kaunda.

In this moment of great loss to Zambians and indeed all Africans, I wish to express my heartfelt condolences to the Kaunda family, President Edgar Lungu, and the government and people of the Republic of Zambia.

The demise of President Kaunda at the grand old age of 97 years brings to an end the pioneers and forefathers who led the struggles for the decolonisation of the African continent and received the instrument of independence.

Let all Africans and friends of Africa take solace in the knowledge that President Kaunda has gone home to a well-deserved rest and to proudly take his place beside his brothers such as Jomo Kenyatta of Kenya, Kwame Nkrumah of Ghana, Julius Nyerere of Tanzania, Habib Bourguiba of Tunisia, Léopold Sédar Senghor of Senegal, Nnamdi Azikiwe of Nigeria, Ahmed Sékou Touré of Guinea, Félix Houphouët-Boigny of Côte d’Ivoire, Patrice Lumumba of Congo, Nelson Mandela of South Africa… to name but a few.

All of them, without exception, were nationalists who made sacrifices in diverse ways. Some, like Patrice Lumumba, untimely lost their lives soon after independence. We are consoled that God granted President Kaunda a long life to witness the progression of Africa through five decades of proud and not-so-proud moments.

In December 2015, I visited President Kaunda at his home in Lusaka in what was to be our last meeting. As we discussed just about everything, from family to politics in our two countries and indeed in Africa generally, I asked him if the Africa that we have today is the Africa for which he and his contemporaries struggled and fought. President Kaunda was visibly pained in his response and at some point he broke down and wept. It was obvious to me how disappointed he was about some of the challenges that have plagued our continent for decades since independence.

As we mourn President Kaunda, my prayer is that the death of this great African son and leader will remind us of the sacrifices that he and his contemporaries who fought for Africa’s independence made. Let it remind us of the vision that they had for Africa; their hopes and aspirations; their dream for a free, strong, united and prosperous Africa. Let us, African leaders and people, never let the labour of these heroes be in vain.

Rest well, KK. Africa is free and will be great. DM