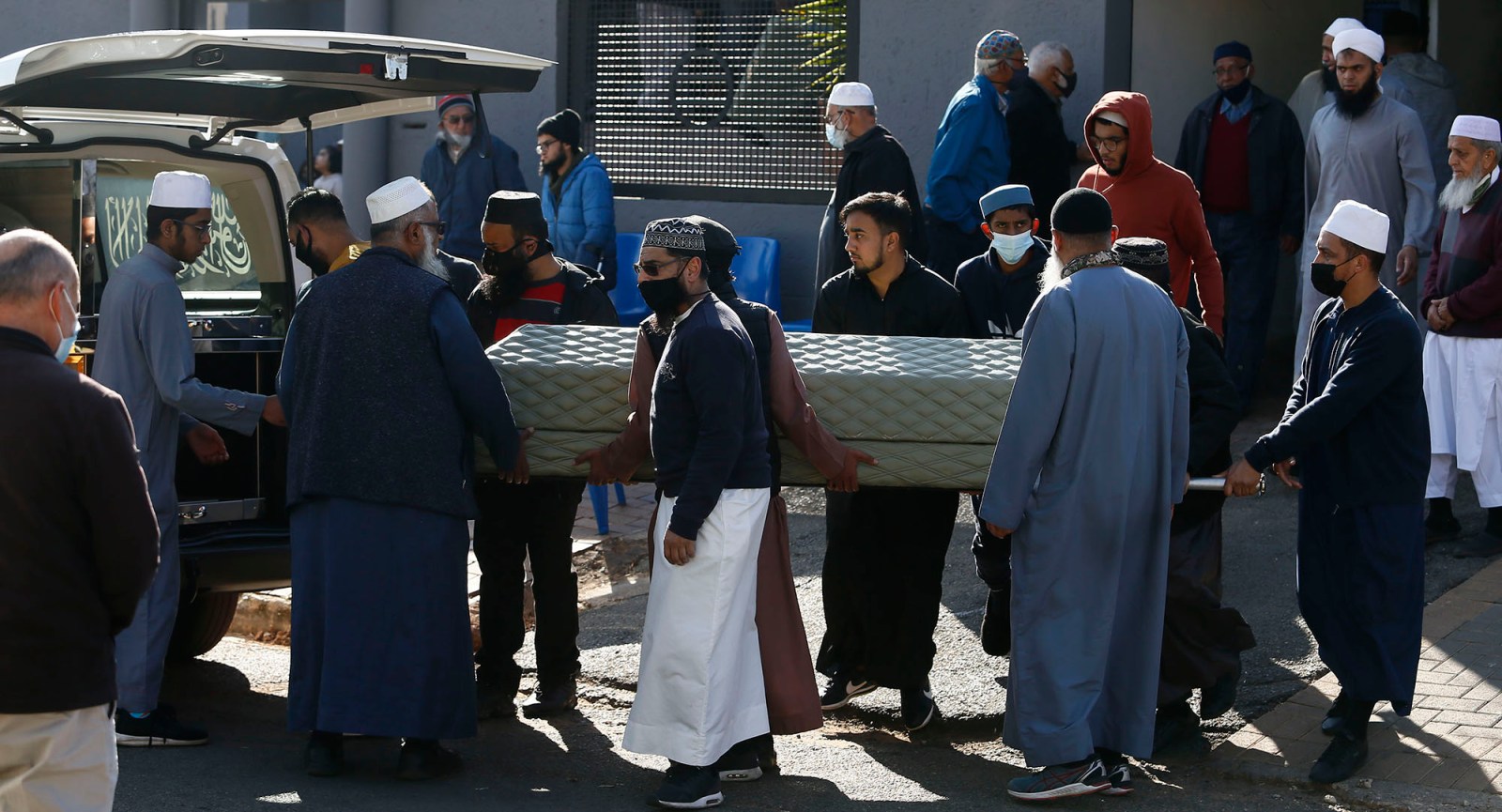 The funeral service of the couple believed to be electrocuted at their home in Crosby near Mayfair in Johannesburg. (Photo: Felix Dlangamandla)

City Power has found evidence of meter tampering and an illegal electricity connection at the property where a newlywed couple was electrocuted in Johannesburg at the weekend.

A City Power investigation into the fatal electrocution of a couple who had just returned from their honeymoon showed that the meter at their property was tampered with to bypass the calculation of consumption.

The earth wire was disconnected, which means the current did not trip when a fault was detected, said the utility in a press release on Thursday.

Zaheer Sarang and his new bride, Nabeela Khan-Sarang, returned to their cottage in Crosby, Johannesburg, on Saturday. They had been on their honeymoon. Soon after, Nabeela was electrocuted in the shower. Zaheer died as he tried to rescue her.

Their family, who live in a separate house on the property, has paid an admission of guilt fine of R10,000 to have their electricity reconnected.

“We have also fixed their meter and they promised to start buying their electricity,” said City Power spokesperson Isaac Mangena. However, the family’s electricity supply remains disconnected “until such time the legal requirements for safe connection have been established”.

The family had previously reported electricity problems to City Power, but Mangena said they had only reported outages.

Numerous Johannesburg residents have since reported that they also suffer electrical shocks while using taps. However, Mangena blames illegal connections across the city.

Referring to the death of the couple, Mangena said, “The family had connected a cable from our overhead cable supplying the main house, cut it in the middle before it could reach the main house distribution box and connected the couple in the other house. That cable burnt completely and we suspect it could be the reason for the electrocution.”

He added, “City Power found that the meter was bridged, and whoever did so disconnected the earth on the meter box, which is inside the customer’s house.

“This confirms our earlier suspicion that our network could have been tampered with, leading to instability in the voltage.”

Electricity meter-bridging is common across the city, where consumers dodge payments by stopping the counter on the meter. Numerous businesses reportedly also engage in this practice.

Mangena said the areas of Mayfair and Crosby are plagued by illegal connections, which are clearly visible. Many poles are festooned with spaghetti-like tangles of electrical wiring.

He said residents concerned for their safety should get an electrician to check their connections.

A spokesperson for the family did not respond to requests for comment on the City Power finding. DM