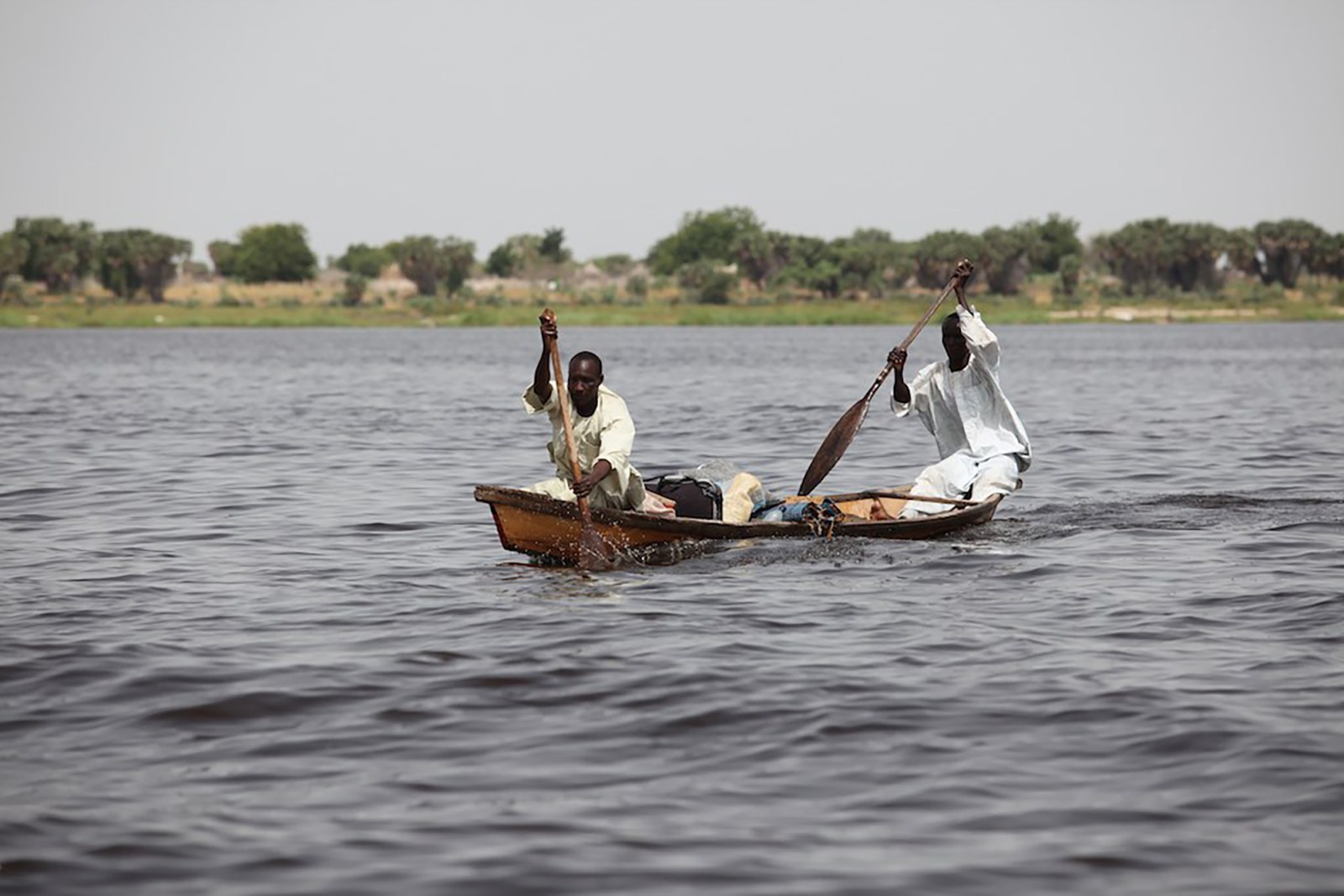 Men on Lake Chad in central Africa. Responses to violent extremism in the Lake Chad Basin are growing in both number and nature. (Photo: James Lane / Flickr)

For stability and recovery, the many actors working in the region must collaborate to meet the needs of communities.

Responses to violent extremism in the Lake Chad Basin are growing in both number and nature. Development, peace-building and humanitarian projects have increased since the crisis started more than a decade ago, and yet the violence in Cameroon, Chad, Niger and Nigeria persists.

To what extent is the plethora of civil, military and humanitarian responses a factor in prolonging the search for sustainable solutions? Could results be achieved with better scaling, sequencing and harmonisation of these very different approaches to dealing with violent extremism and its impact?

Good relations and cooperation between the military and communities are critical to stemming the violence and facilitating humanitarian aid and development. But recent research by the Institute for Security Studies (ISS) in partnership with the United Nations Development Programme shows that poor communication and lack of trust prevent this in the Lake Chad Basin.

The mutual mistrust between civilians and the military is complicated by the punitive action often taken by Boko Haram against community members who cooperate with security forces. Soldiers are suspicious of those they accuse of aiding Boko Haram to sabotage the army’s efforts.

Communities distrust the military for making blanket accusations against suspected Boko Haram members and collaborators, resulting in arbitrary arrests and detention, forced evictions, and extrajudicial killings. Some military strategies against Boko Haram have had unintended consequences that deepen community mistrust.

For instance, Lake Chad Basin governments have attempted to limit the group’s access to vital supplies. Bans on human, vehicular and even boat movements in certain areas and at certain times have been devastating for civilian livelihoods.

In Nigeria’s northeastern states of Borno, Adamawa and Yobe, a 2019 ban on transporting solid fertiliser has crippled thousands of households, many of whom include farmers who depend on this to cultivate crops. The prohibition on cultivating and marketing red peppers in the Diffa region of Niger has been similarly debilitating.

Differences in the way information is managed and communicated also make civil-military cooperation difficult. Soldiers are reluctant to share details about their strategies against Boko Haram, and civilians don’t always agree with the military’s interpretation of the situation on the ground. For example, the military could describe a situation as ‘calm’ or ‘under control’ when in fact, civilians continue to be victims of lootings, abductions and other violations.

Coordination challenges between the military and humanitarian actors affect both state and non-state entities. Insufficient military personnel and equipment to escort government-led humanitarian missions mean that a single trip must sometimes be broken down into several smaller tasks. This has financial, time and emergency implications. Transporting humanitarian items in multiple small missions increases fuel costs, takes much longer and delays the delivery of supplies to those in urgent need.

In 2019, the Nigerian army accused some humanitarian organisations of supplying food and drugs to Boko Haram. Some were ordered to shut down their main offices in Borno State and were declared persona non grata. In Niger, the services of a similar organisation were suspended due to accusations of “questionable links” with a terrorist organisation.

Banning or suspending the work of these organisations limits humanitarian assistance to local communities, making people more vulnerable to recruitment by Boko Haram. Overall, the tensions described above all help prolong the crisis.

Dialogue between the military, communities and humanitarian organisations is essential, especially since the security situation is becoming more volatile. Talks should be led by the Lake Chad Basin Commission’s Regional Stabilisation Strategy Secretariat, the Multinational Joint Task Force and the United Nations Office for the Coordination of Humanitarian Affairs.

These entities need to avoid operating in silos and strengthen their communication, collaboration and the sharing of lessons about what works. For instance, interventions often start with a commitment to prioritise communities’ interests, but inadequate monitoring means other issues eventually take precedence. And beyond traditional leaders, community groups, including women and youth, should also be involved.

Expectations are high as local, regional and global actors strive to deliver on their commitments in the Lake Chad Basin. Success will depend on how effectively they work together to respond to the needs of communities.  DM

This article is funded by the United Nations Development Programme and the Government of the Netherlands.