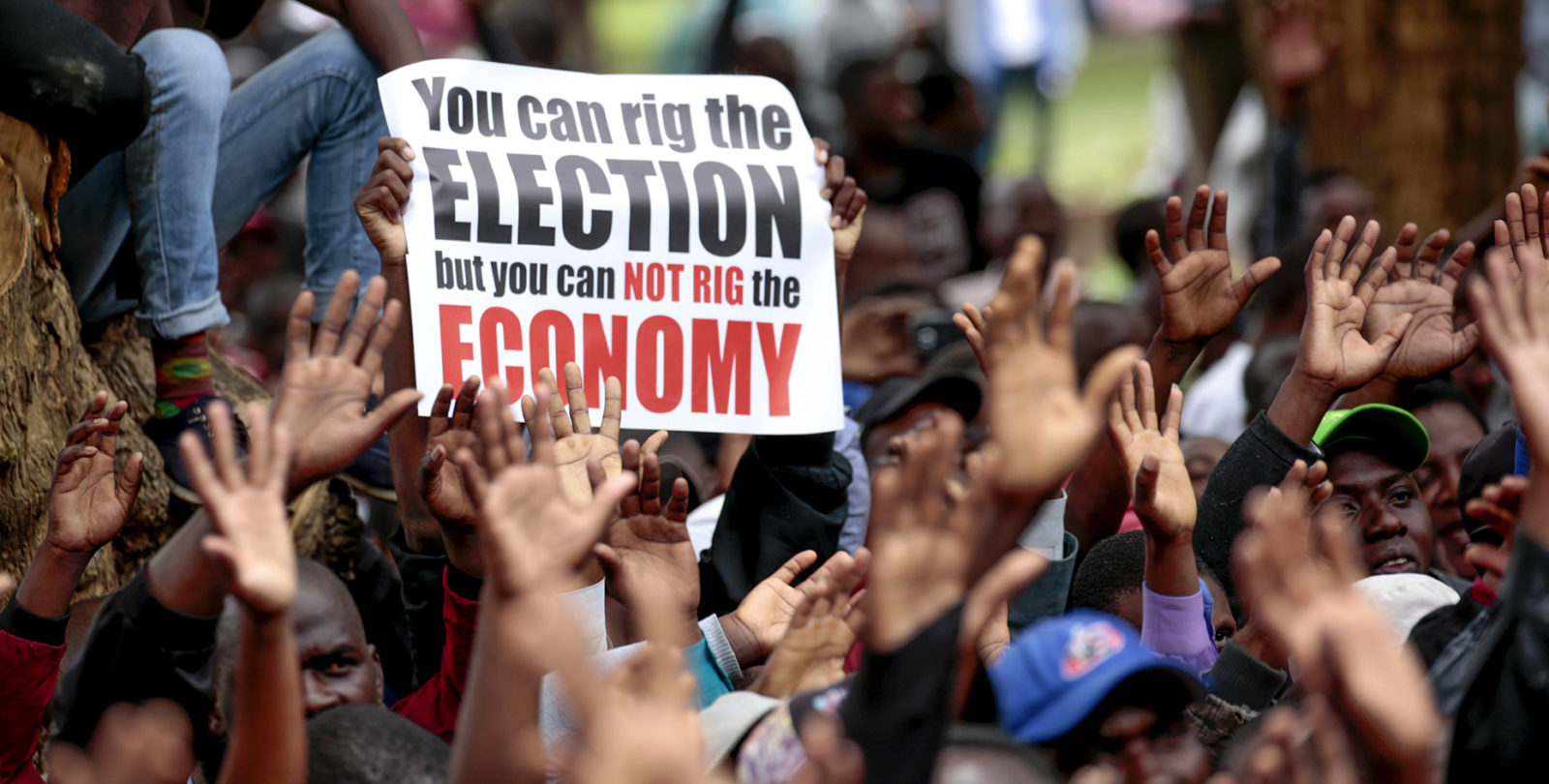 In a report, Cartel Power Dynamics in Zimbabwe, published by Maverick Citizen in February 2021, one of the case studies is of the Zimbabwe National Roads Authority (Zinara) patron-client network. The report pointed out that ‘Zinara manages the largest amount of public money outside of the National Budget. It does so with very little transparency or oversight from Parliament. This makes it a target for corruption.’

Hot on the heels of this report, on 22 April, the Public Accounts Committee (PAC) of Zimbabwe’s Parliament tabled its 57-page report of an investigation the PAC conducted into Zinara. The tabling of this report had been delayed after MDC MP Tendai Biti, the former chairperson of the committee, was removed as a Member of Parliament in March. At the time, Biti told Daily Maverick that his removal had prevented him from tabling the report which he said “will show cartels. This time white cartels.”

Zinara and a private company, Univern (also known as Southern Region  Trading Co), which was the recipient of a number of controversial tenders from Zinara, featured in the Maverick Citizen report. After publication, this drew the ire of Zanu-PF MP Supa Mandiwanzira, who insisted that he has nothing to do with Univern and is not a shareholder.

On its side, Univern also denied allegations made separately by Biti that the (at that time still to be tabled) report would show Univern had been “milking millions out of Zimbabwe”. One of its Directors, Laurence Sher, told Daily Maverick that “every contract had been awarded to Univern purely on merit” and that no one at Zinara “had ever received any material benefit, monetary or other” from the company. He was adamant that all contracts had been fulfilled completely – if not “far and above” the scope of the original contract. “The revenue results to government prove this beyond a shadow of doubt,” he said.

However, in the PAC’s report to the Zimbabwean Parliament, it is noted that Univern had refused to give evidence to the committee, citing legal privilege. This led to the PAC including a recommendation that “the Standing Orders need amendment so that they make it clear that there is no privilege for those that are appearing before a Parliamentary Committee to give evidence”.

After investigation, the PAC concluded that “Zinara represents a classic example of the capture of a public institution by nefarious individuals whose sole purpose was to loot public resources.” It recorded that “there was no corporate governance at Zinara” and “no systems, no manuals and no sound procedures for its running” and that “Zinara was totally and absolutely misrun and totally mismanaged. As a result, there was gross abuse of resources, no corporate governance culture and no corporate compliance.”

This echoes an oft-quoted statement made by Zanu-PF leader Obert Mpofu that “Zinara was accountable to no one”.

“The Committee makes the finding that millions of dollars were lost through failure to go to tender, overpayment of contracts or the manipulation and alteration of contracts after the tender Board had made approval subject to certain conditions or the deliberate misleading of Zinara.”

It requested that the Zimbabwe Anti Corruption Commission “investigate the abuse of office by current and former Zinara officials”.

On the issue of Univern, the committee declared that, “The charges by Univern have crippled Zinara and rendered Zinara a collection agent for Univern very much against its core mandate. This is as unconscionable as it is unacceptable.”

However, approached for comment, Univern director Sher again protested the company’s innocence. On Tuesday, he told Maverick Citizen: “This statement is factually incorrect, the systems implemented by Univern have substantially increased revenue collection for Zinara, which, based on verifiable evidence, can be proven beyond doubt. We believe this comment is both inflammatory and misleading. The implementation of our systems has brought and continues to provide substantial benefit and value in terms of creating efficiencies, removing corruption and generating revenue for both Zimbabwe and Zinara.”

In response to a question on whether Univern has been contacted by the Zimbabwe Anti Corruption Commission or any other authorities in relation to the findings of the report, Sher replied that “We have engaged all relevant authorities on the matter and are responding as required.”

In its concluding recommendations, the PAC said it “trusts that the Executive shall react with urgency and panic to the findings of this Report and ensure that measures are taken to ensure that the country’s institutions are never captured and subverted in the manner that Zinara was”. However, given that civil society in Zimbabwe alleges that the Zimbabwean parliament has effectively been captured by the removal of MDC MPs, thereby subverting the will of the electorate, it seems most unlikely that that will happen.

In a recent webinar, Biti said that corruption has “got worse since the coup”. He mentioned other probes by the PAC, including a 2019 investigation into the Reserve Bank of Zimbabwe, which have not been acted on. Biti calls the RBZ a “rogue bank”, says that the US dollar has been “commodified” and adds that “the cartels are now owning banks because they have to clean money”.

Thus it would seem that while both the Africa Risk Consulting (ARC) report and this one should be of interest to international anti-corruption agencies, and the Hawks in South Africa, not much is likely to happen in Zimbabwe. DM/MC

Speeding up the catalogue creation process with automation

Susan Comrie and Dewald van Rensburg for amaBhungane • 11 hours ago

"Blue is the typical heavenly colour. The ultimate feeling it creates is one of rest. When it sinks to almost black it echoes grief that is hardly human." ~ Wassily Kandinsky