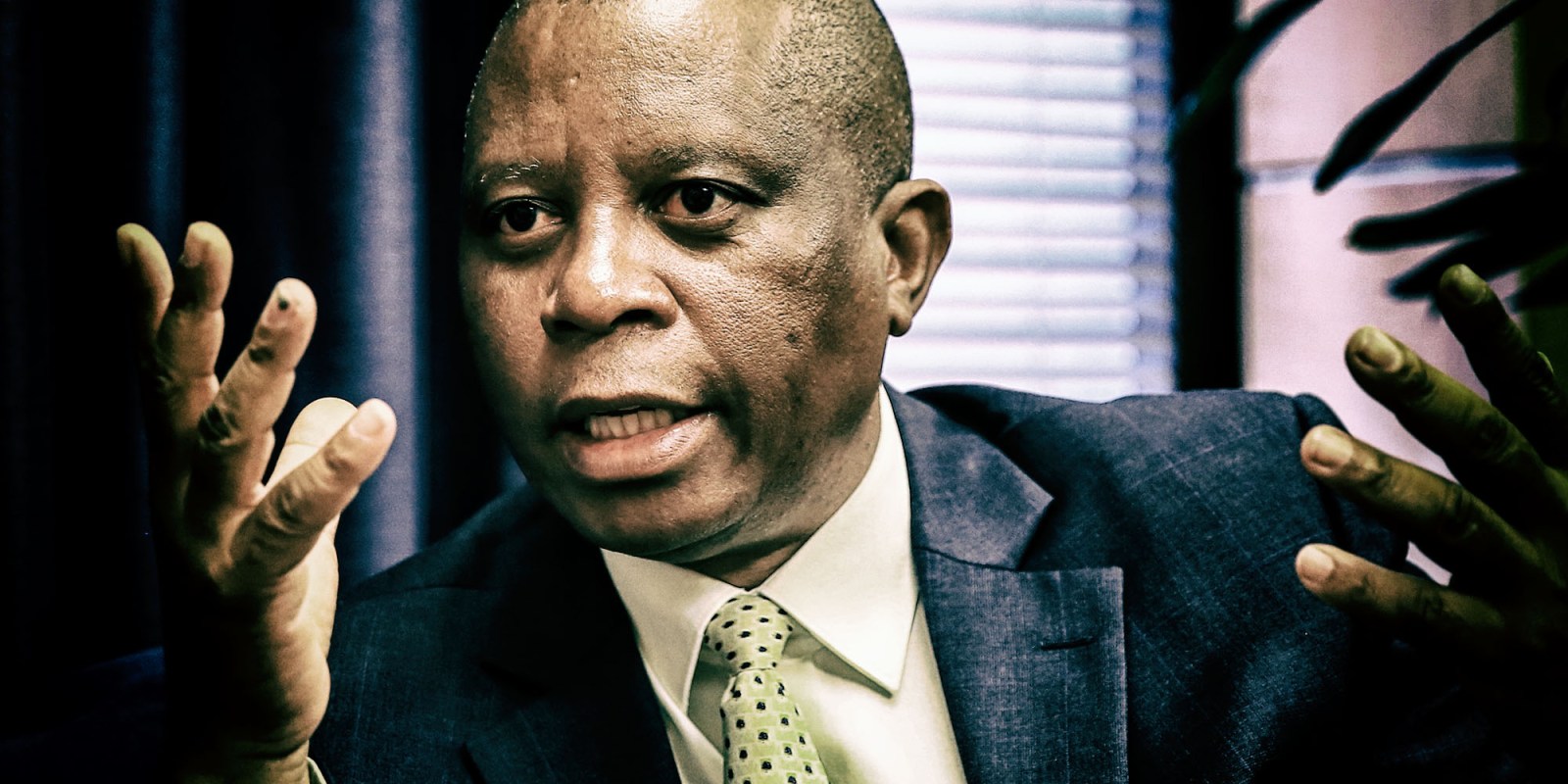 Herman Mashaba (pictured) launched Action SA in 2020 after resigning as mayor of Johannesburg and from the DA in 2019. (Photo: Gallo Images / Sunday Times / Simphiwe Nkwali)

Herman Mashaba’s Action SA will compete in its first elections on 27 October and registered voters have the chance to appoint the party’s mayoral candidates. The unprecedented election within an election could help the party mobilise support and test candidates ahead of the decisive vote.

While considering whether to run as Action SA’s Johannesburg mayoral candidate, Lincoln Machaba called party leader Herman Mashaba, the city’s former mayor who is also running for the post. Mashaba encouraged him to join the race, describing it as direct democracy in action.

“I’m here to beat him,” said the 30-year-old Machaba on Tuesday.

He was speaking in Sandton alongside other Action SA members vying to become the party’s mayoral candidates in Johannesburg, Tshwane and Ekurhuleni in the October 27 local government elections.

The party was launching its candidate election system, which allows registered voters to decide its mayoral candidates. Mashaba launched the party in 2020 after resigning as mayor of Johannesburg and from the DA in 2019.

Action SA chairperson Michael Beaumont described the system as an unprecedented example of direct democracy that will make candidates accountable to their communities rather than their party.

Beaumont said over 120,000 registered voters have signed up to vote in the party’s primaries. While Action SA is competing in multiple municipalities across the country, the system is only being implemented in the Gauteng metros before it’s rolled out for all candidates ahead of the 2024 elections.

Registered voters, who don’t have to be party members, can register on Action SA’s website and elect the candidate of their choice in their municipality.

Candidates in Johannesburg were shortlisted after garnering 500 endorsements and meeting certain ethical requirements, such as having no criminal record or municipal debt.

Voting will be open virtually between 21 June and 28 June and the party will open physical voting centres on 27 June. Action SA has signed up former IEC deputy chairperson Terry Tselane’s Institute of Election Management Services to audit the results and ensure they are credible.

Beaumont said Action SA would also hold midterm elections during its candidates’ stints in city councils and replace members who the electorate decides are not performing.

Shortlisted candidates in the three Gauteng metros delivered stump speeches at the launch on Tuesday. Some were unknown members of their community who decided to take their shot at leadership while others, such as Mashaba and former acting Tshwane mayor Abel Tau, had joined Action SA after leaving the DA.

Some of the speeches were brief and unscripted while others were more polished. Speakers vowed to confront corruption, improve service delivery, boost employment and tackle migration issues, a hot button topic for the party, with critics calling Mashaba xenophobic and populist.

Mashaba is up against two candidates in Johannesburg, both former DA members.

Machaba, who has a law degree from Wits and served as a DA councillor in Johannesburg throughout 2020, said he loved the city and needed to find a way to make it work. He committed to prioritising finance, economic development, the environment and infrastructure and transport.

Fifty-nine-year-old Suraya Holt grew up in Evaton, Kliptown and Eldorado Park and was a DA councillor in Free State’s Metsimaholo Local Municipality and Fezile Dabi District before leaving the party in 2015. She spoke of uniting residents to overcome the ANC’s failures.

“I’m not intimidated. I think it’s time for women leadership. Most men have failed and I know we can do it,” she said of running against Mashaba, who has a significant public profile.

Mashaba said he has unfinished business in Johannesburg. He said he left the City with a R170-billion infrastructure backlog and in need of 300,000 houses. He mentioned inner-city rejuvenation and affordable accommodation plans he championed with the private sector, which he claimed have been abandoned under the ANC.

Mashaba founded Action SA with Beaumont and he will most likely become its Johannesburg mayoral candidate. When asked whether he will serve as a councillor under another member if he doesn’t win the party primary, Mashaba said, “As long as ANC is in government, I will remain a public servant”.

But the party is looking for gains from its candidate election system beyond whose face will end up on campaign posters.

Beaumont, who led Mashaba’s 2016 campaign for the DA, challenged other parties to implement the same level of transparency and accountability in their candidate nomination processes.

The party’s system has the added benefit of engaging registered voters early, both through the endorsements candidates require and the public voting process.

In the lead up to 27 October, Mashaba and his party have regularly been on the ground attempting to engage communities, recruit new members and take active roles on issues such as the Hammanskraal water crisis and the retrieval of the bodies of the three workers who died at Lily Mine.

Action SA remains an unknown factor in the upcoming elections. While the party, like all parties, says it’s competing to win, it has more realistic chances of becoming a significant player in coalition negotiations, something in which Mashaba has experience.

The EFF took 30 seats in Johannesburg in 2016, the first municipal elections in which it competed. If Action SA can take between 20 to 30 seats in its first test in the City, it will have a significant voice in deciding the metro’s next leader and the direction of its policy. DM