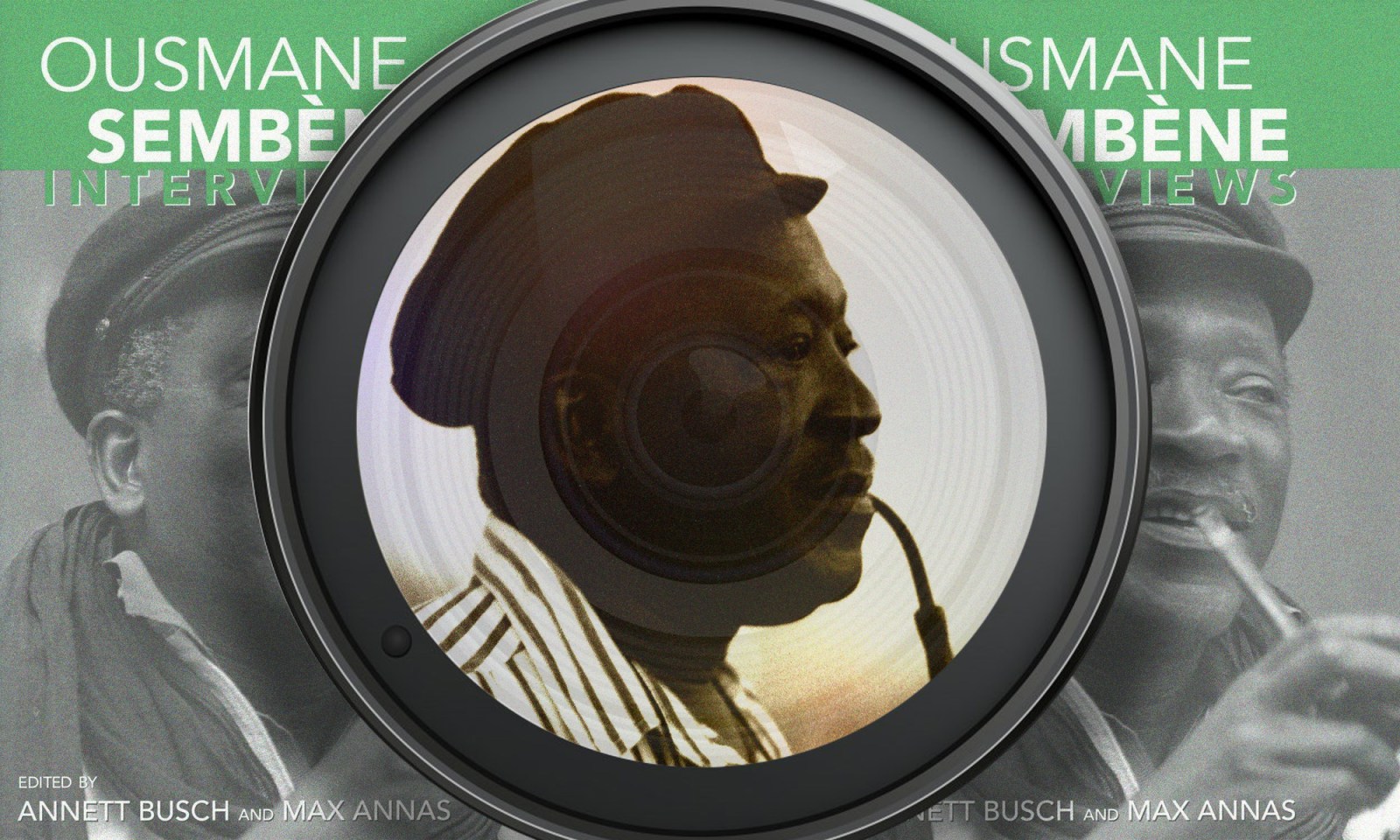 Often referred to as the “father of African Cinema”, Ousmane Sembéne was an iconic Senegalese writer and director whose brave and unrelenting films form a central part of African film history.

Born in 1923 in Ziguinchor, Senegal, a town on the banks of the Casamance River, Sembéne grew up in a family of fishermen. Uninterested in fishing (he suffered from seasickness), and headstrong from a young age, he was kicked out of school for constant defiance of authority, never making it past the beginning stages of secondary school. It was while he was apprenticing as a bricklayer and mechanic at the age of 15 in Dakar, the capital city of Senegal, that he developed a passionate love for reading and cinema.

Later, Sembéne joined the Françaises Libres forces during World War 2. He served France in Niger, and in the country itself, where he stayed after demobilisation of the force to work the docks in Marseilles. It was here that he began to write and publish novels (quite a feat for a man who never graduated from high school). His literary publications include Le Docker Noir (Black Docker, 1956), Ô Pays, mon Beau Peuple! (Oh Country, My Good People!, 1957), and Les Bouts de Bois de Dieu (God’s Bits of Wood, 1960.)

Sembéne transitioned to cinema as an attempt at making his stories more accessible to working-class African people, his ultimate target audience. In 1963 he made his first film, Borom Sarret (The Wagon Driver), which is considered the first-ever film to be made by a black African.

His subsequent films (listed below) went on to win a variety of acknowledgement, praise, and awards. Many were also highly controversial and banned from various nations at various points in time.

Sembené died at the age of 84 in 2007, leaving a monumental and inspirational legacy behind him.

Why is his work important?

Sembené is referred to as the “father of African cinema” for good reason. Before Senegalese independence in 1960, French colonial authorities made it very difficult for Africans to make films. There was no accessible film equipment, no professional actors, and certainly no funding for African filmmakers to work with.

When Sembéne wrote, directed, and produced Borom Sarret with limited equipment and the help of family members, it was a heroic and pioneering feat. His next film, La Noire de… (Black Girl, 1966), was the first-ever feature-length film made by a sub-Saharan African director to receive international attention, and it was awarded the prestigious Prix Jean Vigo.

More importantly, Sembéne was a significant advocate for the cultivation of African intellect and culture for African people. “It is hard to overstate his importance, or his influence on African film, and also, more generally, on African intellectual and cultural self-perception,” AO Scott, the chief film critic for the New York Times wrote in 2007, in this article.

Sembéne himself stated that the motivation behind his films was “to give another impression of Africa. Since our culture is primarily oral, I wanted to depict reality through ritual, dance, and performance.” His unwavering mission to portray the harsh reality of existence for many African people in (post) colonial Africa made him a controversial figure with both the Senegalese and French government (as well as others) — he was not afraid to air out violent secrets and hold the powers that be accountable.

In 2004, the Cannes film festival awarded Sembéne the special jury prize, Un Certain Regard, for his film Moolaade, to which he responded, “it is good to be at Cannes, but I wish Africa would create something of its own. We should not be eternal guests… We are not alone in the world, but we are our own sun. I do not define myself relative to Europe.” Two years later, he was awarded the Legion of Honour, France’s most prestigious order of merit.

What the learned minds say about his work

“Mr Sembene was thus a thoroughly African artist, one who achieved global stature by virtue of his concentration on local matters. He may, indeed, have found a bigger audience at international festivals outside of Africa than he did at home. But that may have more to do with global conditions of distribution than with the movies themselves, which are lively, funny, pointed and true,” wrote AO Scott, in the same New York Times article.

Scott also writes that Sembéne did the hard work of pointing “an angry, often satirical finger at the failures and excesses of modern African governments, [former Senegal president Léopold Sédar] Senghor’s in particular, and his unsparing criticism made him a controversial figure.” There is no doubt, we need filmmakers and artists alike to continue this legacy today.

Author Mateo Askaripour penned an article titled “Through Films for Black Audiences, Ousmane Sembéne Spoke to All,” in which he wrote, “one of his main goals was to insert the lives of working-class Africans into a literary canon that hadn’t cared to include them […] He moved to film not out of a deep desire to capture his world with a lens, but because he had failed to connect with his audience, the African people.”

And later, “this resolute disregard for creating art through the ‘French gaze’ was as much a message for Sembene’s people as it was for the French, who no doubt viewed him as representative of an Africa that not only refused to bow to colonial oppressors but would also spit in their face if necessary.”

However, Laura Mulvey wrote that Sembéne was very in touch with the globalised, transnational direction that our world was heading towards. She asserted that he was committed to “using cultural developments of western society in the interests of Africa. Sembéne is more interested in finding a dialectical relationship between the two cultures than in an uncritical nostalgia for pre-colonial pure African-ness.”

In an obituary in the Guardian, Sheila Whitaker wrote that “Sembéne’s themes — colonialism, tradition, capitalism, patriarchy, religion — all reduced to his portrayal of power and its use and abuse, whether by whites or blacks. His work is not that of African against the west but rather of Africa finding itself in an ever-changing world. He sought to speak to ‘all those exploited and silenced by the combined external forces of colonialism and the internal yoke of African traditions.’”

She ended the tribute to his life and work by saying that “he was a warm, funny, generous man (qualities reflected in his films.)[…] Africa and the world will be poorer without him.”

Films, and where you can watch them

Sembene’s first film follows the typical daily encounters of a cart driver in Dakar, Senegal, serving as a protest against economic exploitation.

The first feature-length film ever to be made by a sub-Saharan African director, La Noire de is about the virtual enslavement of an illiterate girl from Dakar employed as a servant by a French family.

Sembéne’s first movie to be filmed in Wolof, not French, a “revolutionary decision”, according to the Encyclopedia Britannica. It’s a dark comedy about daily life, money, and corruption in Dakar.

Set in Senegal, Xala is a satirical piece about corruption in post-independent Senegal. It follows a businessman who is cursed with crippling erectile dysfunction after getting married to his third wife.

A personalised and fascinating depiction of strife between Muslims and Christians in Senegal, Ceddo was banned in Senegal and a few other African countries.

A heart-wrenching story about a colonial-era massacre of a group of rebellious African troops by the French in 1944, Camp de Thiaroye was banned in France until 2005.

Sembéne uses a mixture of comedy and melodrama to approach the controversial and heavy topic of female genital mutilation, winning a variety of awards, including the Un Certain Regard award at Cannes film festival. DM/ML