Death and Dying in the Eastern Cape Continued: What do... 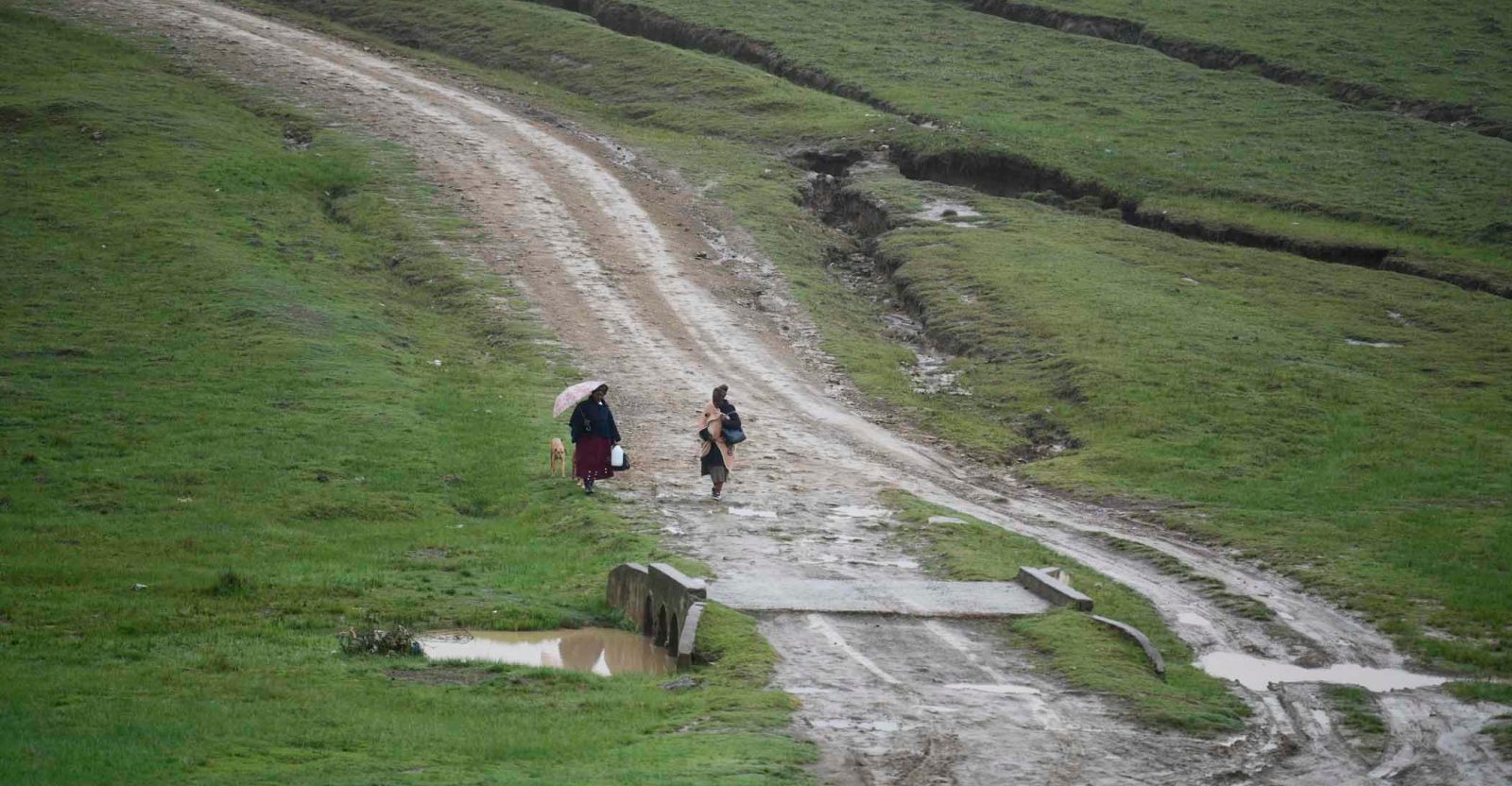 Residents in rural villages of the Amathole District in the Eastern Cape spend hours walking many kilometres of rough territory and harsh element to get to the nearest health facility. PHOTO: Black Star/Spotlight

This is the question a nurse asks as the tears stream down her face. Too many losses have clawed and torn at the hearts of the province’s state nurses and doctors, but with thousands relying on them for public healthcare, they have no option but to carry on.

While reading a multitude of reports and memorandums generated by the Eastern Cape health department, a single thought comes to mind. What is it that comes after a failed state?

In Gqeberha, public hospitals have become a place befitting a quote from the Italian poet and writer Dante Alighieri’s Inferno: “Abandon All Hope, Ye Who Enter Here.”

Our hospitals have become the place from which hope flees. When people need it most.

Since Maverick Citizen’s last editorial on the topic, addressing the then Minister of Health Zweli Mkhize, things have in fact deteriorated even further in the province that markets itself as the home of legends.

Mmamoloko Kubayi-Ngubane took over Mkhize’s duties this month when he was placed on special leave until the Special Investigating Unit probe into irregularities around the controversial Digital Vibes contract have been finalised.

Up to now, Mkhize and his director-general, Dr Sandile Buthelezi, had resisted answering whether they will put the Eastern Cape health department under administration – no matter how many times we have asked. But perhaps this is because the answer is an uncomfortable one. The province’s bureaucrats have proven themselves resilient enough to bounce back to their old ways, no matter how many administration orders are thrown their way.

While Premier Oscar Mabuyane has assured the province that he believes its medical services are “better off” now than in the two previous waves of Covid-19, which hit the Eastern Cape hard, a senior doctor summarised the situation: This ship is no longer sinking. It has sunk. But it must be good politics to keep everyone’s spirits high.”

A string of desperate memorandums creates a horrifying picture of the current state of the department:

Yet, the Cost Containment Committee, a body that senior National Health Department officials did not even know existed, gets away with not making any appointments as hospitals fold under pressure. Up to now the Health Department has refused to answer questions about the way they work. MEC Nomakhosazana Meth said on Monday she “has not met with them” yet.

A bailout seems off the cards despite a rare admission of exactly how deep the trouble is that they find themselves in. Let’s not forget that these are the people who showed Mkhize a whole state-of-the-art Covid-19 ward even though none of the beds were connected to oxygen. By its calculations the Eastern Cape department will start running out of operational funds by July. The department had already used 16% of its budget before the financial year started and still owes R4-billion to unpaid service providers. In one of his last speeches in Parliament before going on “special leave”, Mkhize complained about the serial underfunding of his department – including the provinces.

Hope has left the building.

But for thousands of patients the crippled system remains all they have.

Will communities rise up now and demand accountability for public funds? Almost all of the systems have been set up in a way to minimise and exclude those who use the hospitals. Hospital boards appear to have been sidelined. Clinic committee members are threatened not to speak out about problems. During hard lockdown a deliberate decision by a previous health MEC kept community leaders without permits to move around, preventing them from consulting those who were in the most trouble.

Perhaps this will be a moment when civil societies, communities, religious leaders and businesses join hands and say: No more. The time has come to demand real justice for the babies who died – not adverse findings and strict admonishments. Demand safe maternal units with enough staff, not just a small band of honourable people who refuse to give up. Demand beds, doctors and nurses for those who are ill and dying.

Perhaps after decades of hobbling along, critically wounded, the Eastern Cape health department, relying on the resilience of its doctors and nurses, can finally become a new model for what public health should look like.

Perhaps the chance is now as the mighty Bhisho bureaucrats are in a weakened state. Perhaps now is the time to invite hope to return.

Nobody else is coming for the Eastern Cape. The province will have to save itself. DM/MC