A frontline view of vaccination efforts in the rural Eastern Cape 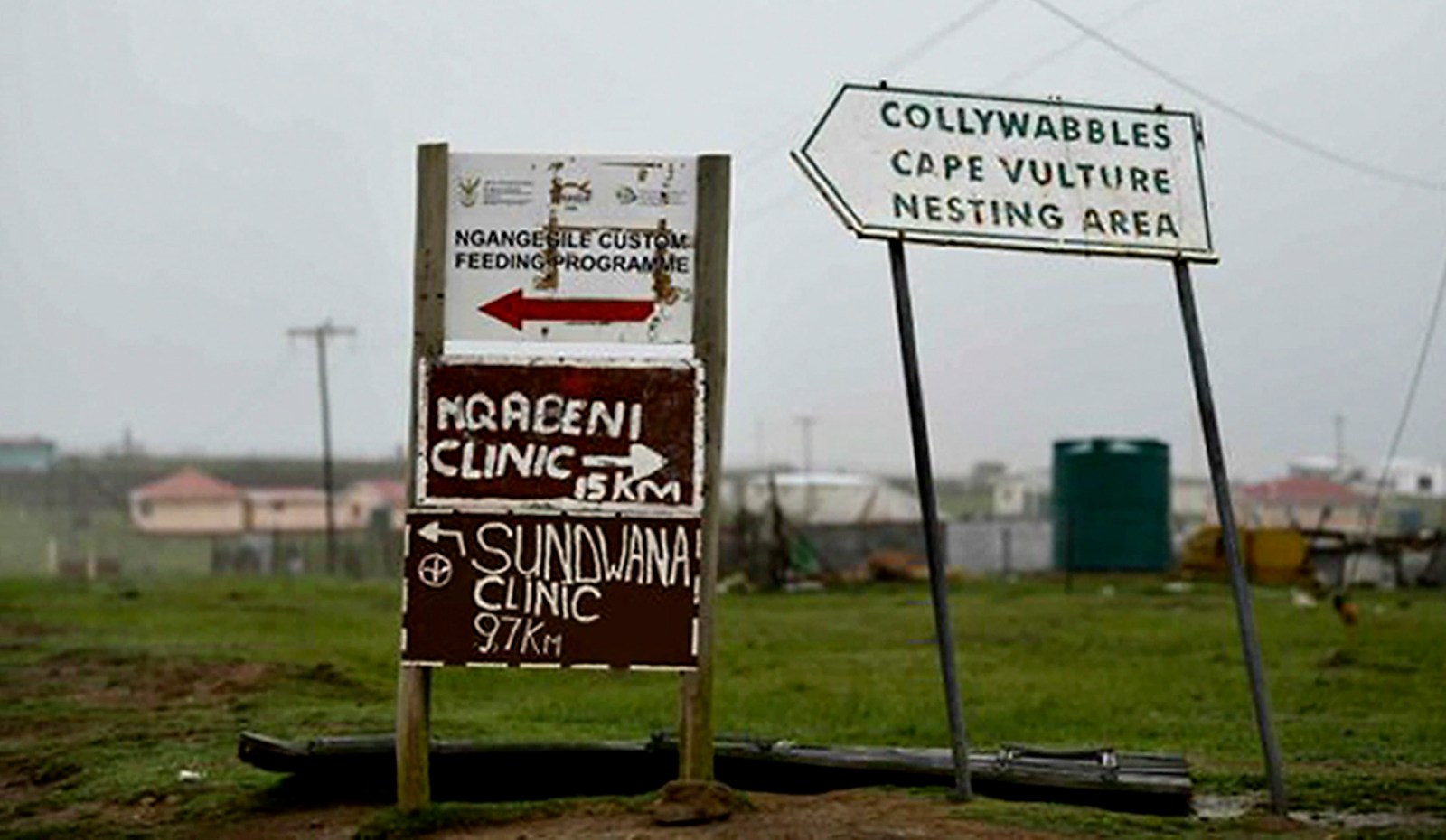 Accessing healthcare services is a daily struggle for many in the Eastern Cape’s rural areas. (Photo: Black Star / Spotlight)

By 13 June official statistics from the Department of Health showed 382,255 people 60 years and older in the Eastern Cape registered for Covid-19 vaccination. So far, 114,661 of them received their first dose of the Pfizer vaccine. Luvuyo Mehlwana visited some rural areas to see how registration and vaccination are going.

Mthuthuzeli Mhlana from Qwidlana village in the Eastern Cape is excited as he enters the vaccination centre. Mhlana who tells Spotlight he has not registered on the Electronic Vaccination Data System (EVDS), is surprised when he gets his jab anyway.

On 2 June, the 69-year-old from kwaBhaca (previously Mount Frere) drove 45 kilometres to Madzikane ka Zulu Hospital. He heard about the vaccinations at the hospital from his neighbour, who told him that walk-in patients are given jabs.

At the hospital, a community health worker (CHW) helps him complete the vaccine consent form.

“I could not believe that I was going to be vaccinated because I had never registered for the programme. I felt as if I was dreaming because I used to watch other people being vaccinated on television. It is difficult for us who are not educated to register on the EVDS. The only thing that prompted me to be vaccinated was that I heard if you take the Covid-19 vaccine, the body will be able to fight the virus that increases chances of living longer.”

Mhlana is among those 60 years and older who are eligible in this phase of the country’s Covid-19 vaccination programme. But unlike Mhlana who could drive himself, most of his peers in the rural areas of the province have transport challenges.

The government has come under fire not only for the slow vaccination roll-out but also its reliance on the digital EVDS for registration which many felt would disadvantage older persons, especially in rural areas.

Data released by the health department shows that by 27 May 421,556 people had registered in the province, including about 100,000 healthcare workers. Most of them are from urban areas. Nelson Mandela Bay had 57,110 registrations, followed by Buffalo City Metro with 46,086. Enoch Mgijima Municipality in the Chris Hani District led the rural areas with the most registrations at 15,842, while Mbashe Municipality which includes towns such as Idutywa and Willowvale had 8,916 registrations by then.

By 13 June, official statistics from the department of health showed 382,255 people 60 years and older registered for the vaccine. So far, 114,661 of them received their first dose of the Pfizer/BioNTech vaccine.

Thobeka Lididi, a nurse at Madzikane ka Zulu Hospital tells Spotlight they are getting many walk-ins of people who had not registered on the EVDS as word quickly spread that the facility is vaccinating eligible people without appointments.

“We prioritise people with appointments because we cater for people from Matatiele, Ntabankulu and Mount Ayliff, but walk-ins are also permitted depending on sufficient doses available on the day. The early stages of the programme were extremely slow due to the lack of resources to the elderly people in rural areas,” she says, “but we decided to allow walk-ins from the second week of the programme and we are vaccinating more than 100 people per day and the numbers are growing.”

Nomamelica Philiso from Qwidlana village in kwaBhaca was among the older persons who were vaccinated at home. She is 118 years old. A team of community health workers did door-to-door visits in the villages to help the elderly register and another team, including a doctor and a nurse followed after three or four days to vaccinate them.

Philiso is partially blind and struggles to walk. “I heard people around the village talk about this pandemic that is killing people more, especially the elderly. Now that I am vaccinated I feel safe because I have faith that the vaccine is safe,” she tells Spotlight.

Michael Nyokana (70) missed his first vaccination date due to a lack of transport to Madzikane ka Zulu Hospital, but Nyokana took advantage of the opportunity to get vaccinated when health workers came to vaccinate Philiso. Nyokana was vaccinated at the local Methodist Church which was a temporary vaccine site for that day.

“We face challenges [with] transport and it is worse when it rains,” he says. “Thanks to (Makhulu) Philiso, if it was not for her, I don’t think CHWs and nurses would visit and vaccinate us in our village. Some villagers who were vaccinated before us got their vaccine at Madzikane ka Zulu Hospital which is 45km away from our village.”

On this day, the Eastern Cape Health Department made a media event out of vaccinating Philiso.

For some residents in urban areas, the process seems less cumbersome. One resident of Mthatha, Lusi Dingiswayo (62) got her shot at Mthatha General Hospital which is in the neighbourhood where she lives. “I don’t have a cell phone but [was] lucky to be assisted by my grandchildren to register,” Dingiswayo says.

She says she cannot remember exactly when her grandchildren registered her, only that it was right when the system opened for people 60 and older to register. “I had to wait anxiously for the text message telling me to go and get the coronavirus vaccine. I was starting to question if this initiative was legit,” she says, questioning the slow pace.

Some concerns and suggestions

Director of the Rural Health Advocacy Project (RHAP), Russell Rensburg says it is better to gather people at a local clinic and take the vaccine to them from the hospital where it is stored. The hospitals must be used as a central distribution point that works with clinics as a hub. The main concern is the vaccine we are using requires people to take two shots.

“It is difficult right now for some rural people to get the first jab. If the health workers can’t get hold of people for the second dose, what would happen? Because right now people are being registered [with] CHWs’ cell phones for the first dose of the vaccine but how efficient will the second SMS be given that they have struggled with the first mode of communication?” he asks.

“I’m grateful that at the moment the Eastern Cape and the Western Cape are less affected by the third wave of Covid-19. If it was in my power, I would vaccinate all the vulnerable people as a matter of priority because rural settings are known to face serious issues with access to resources. The rural people who have limited resources face exactly the same risks of infection as their urban counterparts,” says Rensburg.

Member of the Treatment Action Campaign’s (TAC) provincial executive committee Akhona Ntsaluba also stresses the challenge of Internet access and smartphones. Ntsaluba says this makes EVDS in rural areas difficult compared to urban areas where internet access is generally guaranteed. “It is [a] bad idea to bring in a system that will make our people choose between the vaccine and food. The little money they have is only enough for food and funeral cover,” she says.

Eastern Cape Department of Health Spokesperson, Sizwe Kupelo says the health department is happy with the progress of the vaccination programme.

“We have more than 3,000 healthcare workers, and we hired 34 additional vehicles to do door-to-door visits assisting elderly people with registration across the province. Not only that, but we are focusing mainly on rural areas to ensure that people are registered. Where we struggle with network, we record them manually and transfer their details onto the electronic system,” he says.

“We encouraged more senior citizens to sign up for the vaccine because that will give them the protection the world desperately needs right now. Those who walk into our vaccination sites, we don’t turn away. We register them and give them the life-saving dose.”

Kupelo says, “The department might not reach every elderly person and help them register for the jab. This is why it is up to us who have smartphones, laptops and desktops with internet connection to help by registering every elderly person not only in our own homes but in our villages, townships and neighbourhoods.

“We are also going to open contact centres in all the six districts and two metros in the province in order to be able to assist with any vaccine-related complaints. The way our elderly demonstrate enthusiasm shows that they will return for a second jab. If they won’t come back after 42 days we have their details, and we will follow them up by calling or visiting them.” DM/MC

Note: A representative of the TAC is quoted in this article. Spotlight is published by SECTION27 and the TAC, but is editorially independent – an independence that the editors guard jealously. Spotlight is a member of the South African Press Council.