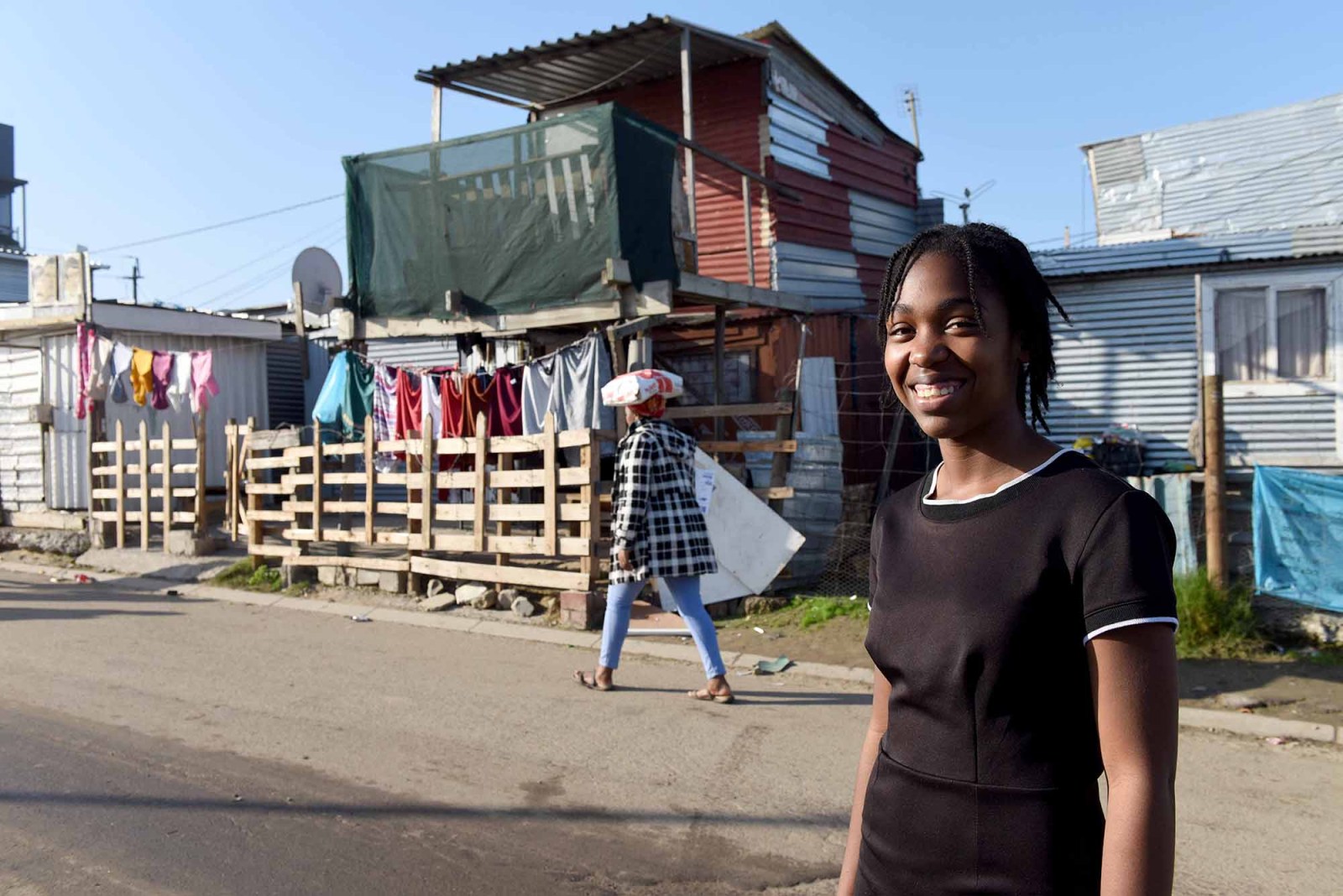 A young activist is spreading the word about the climate crisis and related issues among the youth.

Mitchelle Mhaka’s greatest wish is to see a time when it’s no longer necessary to fight with the government about climate-related issues.

Yet, given her experience, Mhaka’s wish is unlikely to come true anytime soon.

So, until then, the 21-year-old educational coordinator for the African Climate Alliance (ACA) has taken it upon herself to become an information hub for young people who want to learn about climate change and issues related to it.

The ACA is a youth-led advocacy group based in the Western Cape that has a strong focus on disseminating information about climate and environmental issues.

Since its inception, the organisation has been demanding leaders and political heads to be accountable in dealing with the current climate crisis.

It hopes to expand its reach to a much older audience by reaching out to more communities in the Western Cape and by having a presence in the rest of the country. The alliance hopes that one day all South Africans will really understand what the future holds, especially if nothing is done to address the climate crisis.

“What I mainly focus on as an education coordinator, and which also speaks to my passions, is developing content that addresses the climate literacy issues we have. A lot of people do not know what climate literacy is,” she says.

She feels that part of the organisation’s duty is to make sure that people, especially those in underprivileged communities, have the same access to information about environmental conservation.

Mhaka believes that arming the youth with knowledge is critical because the youth can be a powerful voice that could instil change in those they interact with. “Because as the youth, we are [the ones] we have been waiting for to save us. Basically, we are going to save ourselves,” she says.

Mhaka says it’s unfortunate that most young people have no information about the climate crisis or anything climate-related. Even more worrying, she says, is that most of the young people she interacts with are living in unhealthy environments. Most of them are fighting other pressing battles such as poverty, lack of proper schooling, crime and other problems, so much so that the climate crisis is the last thing on their minds. Another concern is that even the school curriculum does not address climate change and issues related to it.

“If you really look at it, things don’t exist in a vacuum. Climate change is not just a climate change issue, it is also a social justice issue,” says Mhaka.

Conservation is nothing new for the Zimbabwean-born activist, who moved to South Africa when she was 11.

At the time her mother and father were working in South Africa. After visiting for the holidays, her parents informed her that she would not be going back to stay with her grandmother in Zimbabwe, but would be enrolling in a school in Cape Town.

That is how she ended up continuing her education in Acacia Park Primary School, near Goodwood. A few years later she was enrolled in Bloubergrant High School in Blouberg, where she started her journey in public speaking and advocacy. She later joined the debating team, which exposed her to speaking about the many social injustices faced by communities and young people.

Although she can’t really pinpoint when her climate activism started, she remembers a time after completing matric when she was employed as a packer and later a cashier at a Food Lover’s Market in Sunningdale.

“I used to see all these people coming in with their reusable bags to do shopping. I mean, a plastic bag is only 50 cents – why not just get a plastic bag and go?

“I guess I got a bit curious. I started looking into it and found that in some of the bags it would say [they were] made from recycled or recyclable material and all these different things that people put on things to market them,” she says.

“Fast-forward to 2019, and I started reacting to disposable pads. I started looking for an alternative. I started doing research and found that the zero-waste movement was gaining momentum. I … discovered cloth pads and started making my own,” she says.

Her family has always been a great motivation in her drive for climate justice and conservation. She recalls that the women in her family have always been conservationists. Her grandmother used to crochet mats using plastic bags. This is one activity that stuck with her, and she also makes the mats and other items to this day. Her grandparents from her mother’s side of the family do small-scale farming and her father believes in fixing things when they are broken rather than replacing them with new items. She believes that all these lessons have shaped her into the person she is.

Mhaka believes that because of her privilege of being able to go to university (she is doing her second year to obtain a Bachelor of Science degree in Computer Science and Applied Mathematics through Unisa), and having access to electricity and running water, it is her duty to advocate for those who do not have the same access.

“One of the things that I have understood is that I am not any different from a person who might be coming from Khayelitsha or Gugulethu or any other location in South Africa. So that really fuels the work that I do,” she explains.

She feels that the government has not prioritised them as the youth, which explains the high youth unemployment rate and the rise of the Fees Must Fall movement.

“The youth are being tokenised and paraded on Youth Day, and are forgotten during the rest of the year.”

She hopes she and her colleagues can work hard enough to ensure that other young people do not have to struggle as much as they are struggling now when it comes to raising awareness about climate-related matters.

Ultimately, she would like to see the government driving the climate activism movement by setting up information hubs to help educate people on and expose them to climate crisis issues. DM168