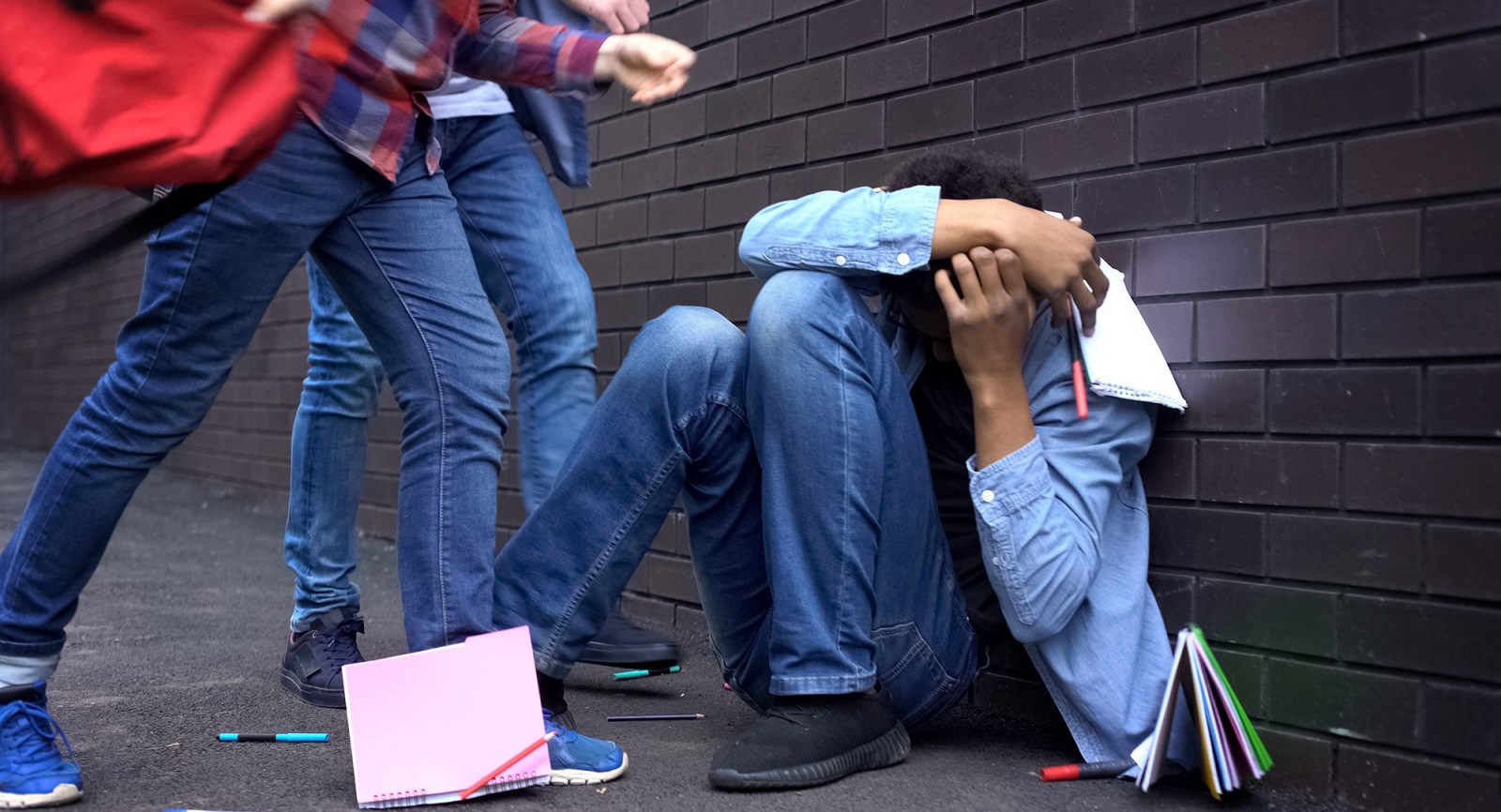 Between April 2019 and March 2020, police recorded nine murders and 19 attempted murders as a result of bullying in schools. In the years before that, the record was similar. Which tells us that not even a national disaster, when physical contact is forbidden by law, can curb bullying in our schools. It is deeply entrenched.

Dr Brenda Matthews is a South African educationist who gained her PhD in 2016 with her thesis “An Evaluation of a Bullying Prevention Programme – the Olweus Approach”. Based on the research done towards her PhD, she has formulated a programme that articulates the prevailing state of bullying behaviour at any particular school, and then makes recommendations for intervention strategies to enhance the school’s ability to provide support to pupils, teachers and parents.

In the five months from January to May 2021 (during a time of supposed compulsory physical distancing) media reports of school violence and physical bullying have continued unabated across the country.

These include a 50-year-old male Limpopo teacher raping a pupil; a Limpopo pupil, Lafuno Mavhunga, committing suicide after being bullied at school; cyberbullying outrage at a school in Gqeberha; a KwaZulu-Natal teen sentenced to a year of community service because of bullying in school. A random headline: “Bullied Cape Town girl now scared of going to school after prank goes wrong.”

They came on top of previous statistics, that between April 2019 and March 2020, police recorded nine murders and 19 attempted murders – as a result of bullying in schools. In the years before that the record was similar. Which tells us that not even a national disaster, when physical contact is forbidden by law, can curb the incidence of bullying in our schools. It is deeply entrenched.

National and provincial education department administrators, teachers and parents are vastly concerned about bullying behaviours in schools. As they should be. But it cannot be emphasised strongly enough that the issue of bullying has to be addressed primarily, and effectively, by those very same school staff members, parents and communities.

I fully agree with educator Michael Workman, writing in Daily Maverick on 13 May 2021, that it’s essential for the good culture of a school to firmly guide the way teaching is delivered, and that the role of the teacher should include setting real-life examples of good manners and behaviour. In this regard, then, successfully showing children how to care for each other by being friendly and kind could be the way to ensure that good values will be adopted throughout the school. Creating a culture of kindness, in fact.

Furthermore, Workman highlights the work of Norwegian bullying preventionist and widely acknowledged pioneer researcher into the subject, Dr Dan Olweus. My own PhD dissertation sought to test the efficacy of the implementation of Olweus’s intervention programme, specifically in schools in the Western Cape. The recommendations that emerged were:

It should also be essential for teacher colleges and universities to offer guidelines in the Olweus Bullying Prevention Programme as a part of the pupils’ curriculum requirements.

Priorities for prevention with regard to victims of bullying and those who bully others should be included in life skills education, with a specific focus on violence and safety issues.

All drivers of transport used by pupils should, as a priority, be skilled in dealing with bullying during transportation. In addition, substitute teachers – parents who come in to “class-sit” – should be trained in the schools’ bullying policies.

School-based counsellors and school psychologists, who are uniquely qualified, must collaborate with bullying interventionists to enhance culture-specific interventions for bullies in schools. This will assist with ongoing data collection.

An anti-bullying strategy is essential for the school development team, to be included in the school’s action plan and regularly revised.

The experiences were equally distributed between boys and girls. Evidence also suggests that most victims of bullying are in households where between two and seven people live with them.

Furthermore, it was found that victims are often bullied within their own social groups; mostly, perpetrators were in the victim’s own class, in addition to pupils reporting that they were “sometimes” bullied by their teachers and also by their parents.

The most common locations reported were the playground, the corridors, the route to and from school and the school toilets, while many pupils also said they were bullied at home.

With regard to “disclosure”, certain of the respondents said they were bullied but did not tell anyone. However, the most common response was that they would inform family members and boy/girlfriends.

A further concerning finding was that about one-third of the respondents indicated they would participate in the bullying should they not like the pupil who was being bullied. There generally seems to be an uncertainty about how to help a pupil who is being bullied.

Considering the evidence of my most recent findings in terms of the most common types of bullying, one should remember that one victim may experience all of those types of bullying at the same time. On the other hand, the perpetrator and or syndicate of perpetrators bully others to see just how many “Likes” they will achieve on social media.

With regard to social media bullying, in my opinion, cellphones should be banned from schools or handed in at the start of the day. DM