Blanket relief for homeless who shiver under plastic co...

Blanket relief for homeless who shiver under plastic coverings during winter 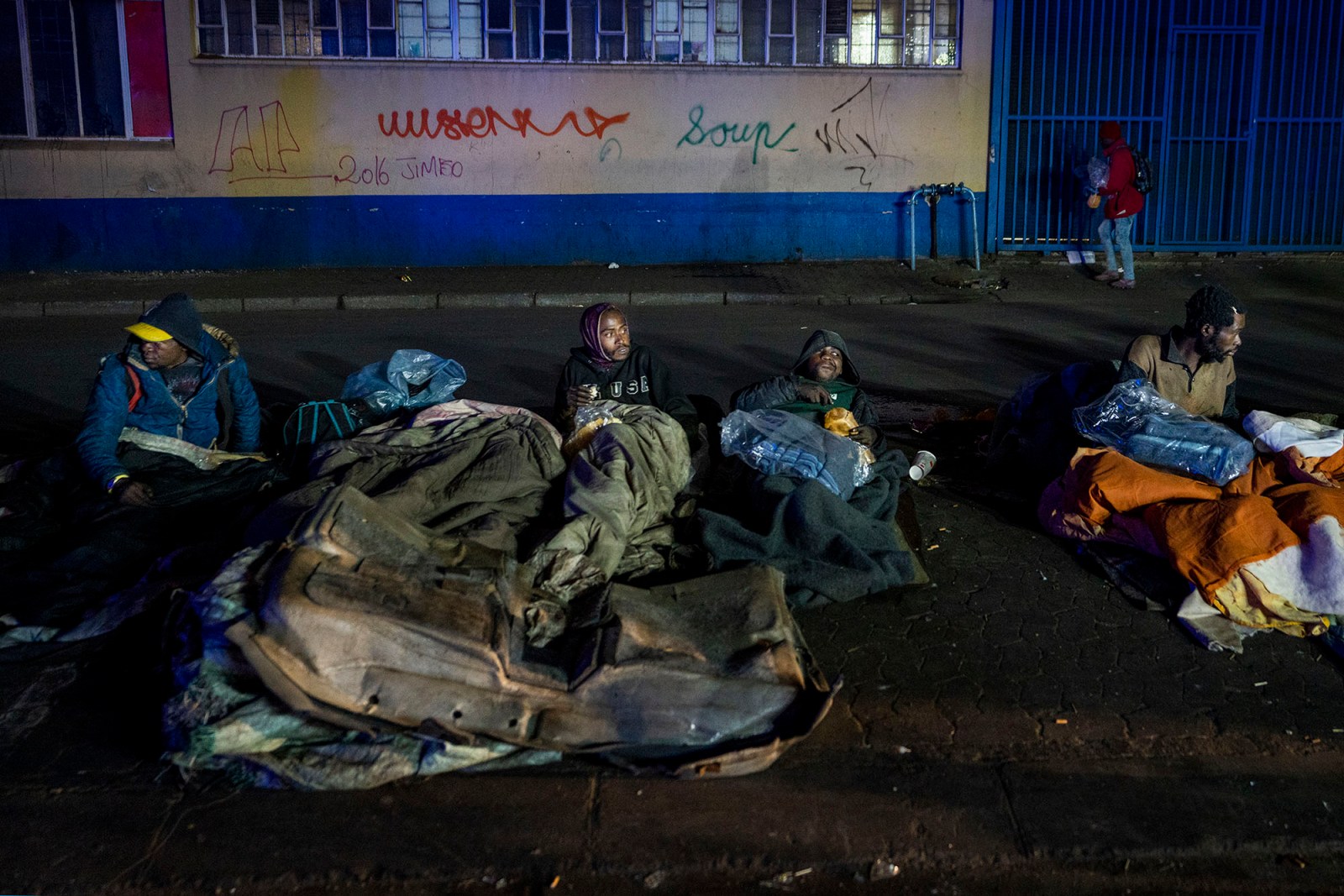 Religious organisations and NPOs play a vital and often lifesaving role in providing aid for the homeless, especially during the winter nights when temperatures plummet.

“I have a problem. I take drugs and I am addicted to nyaope.” These were the chilling words of 14-year-old Siphiso, who lives on the streets of Johannesburg, to a group of volunteers from the Muslim Association of South Africa (Masa) during a blanket donation drive.

Siphiso’s words profoundly affected an officer from the Johannesburg Metro Police Department (JMPD) who was part of a team that provided security for the group. She walked away from the group, her body shaking as she wept.

Siphiso and his elder sister come from the Eastern Cape. They have been living on the streets for three years. He collects scrap metal and whatever else can be recycled and sells it to sustain his drug habit.  He wants to change his life and get off the streets.

“I just want to get a better life and be the same like other kids who go to school,” he says.

He was one of hundreds of homeless people who received temporary relief in the form of a blanket, a face mask, loaf of bread and tinned food.

Religious organisations and NPOs play a vital and often lifesaving role in providing aid for the homeless, especially during the winter nights when temperatures drop.

Masa has, for the past several years, been running a weekly feeding scheme outside Park Station and has initiated an annual blanket drive.

Masa chairman Yaseen Theba said, “We realised that blankets are what they really need to survive. You can give a guy so much food, but… if he’s not going to be warm for the night, it’s a problem. So, we do our annual blanket drive where we collect funds specifically for blankets, and then we go out into the CBD and we hand out blankets. We’ve been doing it for the past five years, six years.”

Several areas around the inner city were identified for the recent blanket drive. The first stop was a hijacked building in Hillbrow – the San Jose, a  building stripped bare, with only the shell remaining. It serves as a shield from the harsh winter nights for more than 150 people who call it home. Other areas included Doornfontein, Maboneng Precinct and the Joe Slovo Drive bridge.

Many of the homeless people got out of their beds made up of thin layers of cardboard to collect their parcel. Some wore tattered clothes, some were shoeless. Some of the men went back to their beds and devoured their bread moments after collecting it.

“Today was hard. Sometimes we manage to buy food, but today we did not have any food. I only have a container of water. I was going to drink it and sleep,” said a homeless man moments after receiving a parcel.

Jeanito Mashaba from Maputo has been living on the streets for five years. He works as a recycler.

A man named Charlie said, “It’s cold at night. Sometimes I cover myself with a plastic when it is very cold. To manage with the cold you have to pray.”

City of Joburg spokesperson Nthatisi Modingoane said, “The City of Joburg has been hit by a drastic increase in the number of people living and working on the streets for a number of reasons, such as substance abuse, dysfunctional families, poverty, peer pressure, job-seeking without a proper action plan and recently, Covid-19-related job losses.

“In March 2010 a policy for the assistance and management of people living and working on the street was adopted by council.

“The city further has the following key interventions which were put in place to respond to the needs of the displaced persons: shelter placements, management and establishment of additional shelters, family reunification programmes, skills development programmes, drug rehabilitation preparatory programmes with in-patient and out-patient substance abuse treatment programmes in partnership with registered NGOs, and outreach and community awareness programmes.”

Meanwhile, Theba has vowed to step up Masa’s actions to continue helping the homeless. He expressed concern about society’s apathy towards homelessness.

“My fear is that we’ve actually become so immune to it, that we drive past these people every day and because we are distracted by the City of Gold, or our plush suburbs, we don’t realise that it’s happening right under the bridges that are very close to our houses.”

Volunteer Abdullah Jeena shared his experience after the distribution.

“Our trip was a witness to images and experiences that will forever haunt our memories. What drives a person to live the life they live? We don’t know, and we don’t even need to know. All we must know is that they deserve better, they deserve our attention, our dua [a prayer of supplication] and a helping hand.” DM