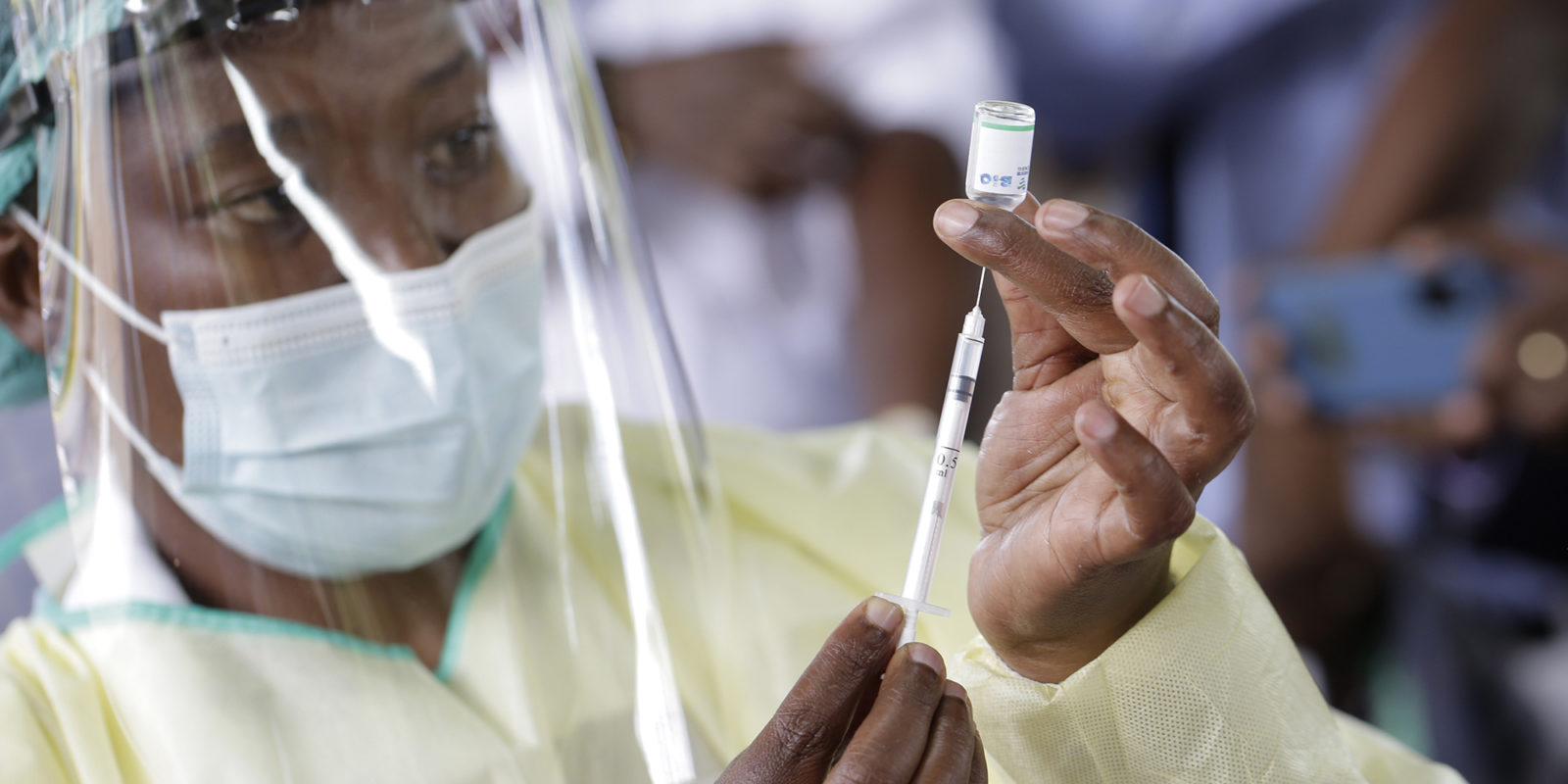 Now is the time for the G7 to band together, share its supply and donate significant quantities of vaccine doses to Africa. (Photo: EPA-EFE / Aaron Ufumeli)

Sharing vaccine doses with Africa is not just a moral imperative, it is an act that will protect the G7’s own citizens, economies and health systems. Unicef has proposed that G7 members donate 20% of their available vaccines, which would allow one billion doses to be quickly administered to nations in need, saving thousands of African lives.

The pressing need of the African continent, with its population vaccination rate of a mere 2.16%, is for immediately usable vaccine doses. The 47th G7 summit, which takes place in Cornwall in the UK over the weekend, is the perfect opportunity for global leaders to confront this challenge.

US President Joe Biden has recognised this need with his commitment on Thursday, 10 June of a monumental 500 million doses for the developing world. Others, hopefully, will follow suit.

The G7 has committed $7.5 billion to Covax, the global organisation through which many African countries are acquiring Covid-19 vaccines. This funding has been deeply welcome and important, but insufficient in tackling the enormous Covid-19 vaccination disparities between high-income and low-income countries.

The latest data on Covid-19 vaccination, updated within the last week, shows a disturbing trend. Of the G7 countries, which are considered to have the world’s most advanced economies (the US, the UK, Germany, Italy, France, Japan and Canada), Canada leads the pack, boasting the highest percentage of people who have had at least one Covid-19 vaccine dose, at 63.15%. The UK is close on its heels at 59.97%. The US comes in third at 51.45%. Germany, Italy and France are at 46.66%, 45.41% and 41.90% respectively.

Notably, Japan lags far behind , with just 12.04% of the population receiving at least one dose. This has been chalked up to delays caused by Japan’s unique requirement for domestic vaccine trials, a move that allowed countries willing to accept international trials to secure doses before Japan.

The African continent’s vaccination figures stand in stark contrast to the aforementioned numbers. Nigeria, home to the largest population in Africa with 206 million people, has administered a first dose to an abysmal 0.94% of its population. While some states in the US are offering ludicrous multi-million-dollar prizes to incentivise the vaccine-hesitant, the diminishing number of Covid-19 vaccines available in Africa has yet to cover even frontline healthcare workers.

Africa is entirely reliant on importing Covid-19 vaccines. The development of mRNA vaccine technology — such as that used in Moderna and Pfizer Covid-19 vaccines — has been in the works for decades, yet the US and Europe have a near monopoly on mRNA manufacturing facilities. Currently, there is no capacity for mRNA manufacturing on the entire continent of Africa. The next pandemic is bound to come and it is essential that African countries invest in this technology and increase domestic production.

Although creating new mRNA vaccine production facilities in Africa is a worthy long-term goal, it has little relevance to the problem at hand. People need Covid-19 vaccines now or many thousands of unnecessary deaths will occur. Already strained healthcare facilities will be overwhelmed with seriously ill people.

This is of particular importance to the self-interest of the G7. The longer it takes to vaccinate Africa, the more opportunities there are for variants to occur. These variants have the potential to be more pathogenic and, perhaps, to outwit current vaccines. As the world opens up again, it is inevitable that these future variants will make their way to G7 countries. This is a risk that should motivate the G7 to act fast, for the benefit of both Africa and themselves.

Due to India’s surging Covid-19 crisis, the export of Covax-purchased vaccines from India has dwindled to next to nothing. Covax is scrambling to make deals with other manufacturers, hoping to alleviate the current shortage. However, in the interim, the money donated to acquire these vaccines is not translating into vaccines entering arms. Now is the time for the G7 to band together, share its supply and donate significant quantities of vaccine doses to Africa.

Over the past few months, wealthy countries have reluctantly shifted from donating money to donating doses. In April 2021, France donated 100,000 doses of Covid-19 vaccines to Covax, becoming the first country to do so. It pledged to donate at least 30 million doses by the end of the year. Germany and Italy followed suit, pledging to donate a combined 45 million doses to Covax by the end of the year. In early June, Japan donated more than one million doses directly to Taiwan, but has not made any commitments to donate vaccine doses through Covax.

Biden committed 500 million doses of the Pfizer vaccine to the developing world to add to the country’s earlier commitment to donate 80 million doses. Of these, 75% will go to Covax and 25% will go to “immediate needs and […] surges”. In a plan released for the distribution of the initial 25 million doses donated by the US, five million doses are being shared with Africa through Covax.

Just hours ahead of the G7 summit, the UK committed to sharing 100 million surplus vaccines over the next 12 months. It may be considered an irony that Canada — the country leading the G7 in the percentage of population vaccinated — has neither committed to donating nor donated any vaccine doses.

These recent donations and pledges are a step in the right direction, but nowhere near adequate. Unicef, a partner of Covax, has proposed that G7 members donate 20% of their available vaccines, which would not cause significant delays in domestic inoculation. Doing so would allow one billion doses to be quickly administered to nations in need, saving thousands of African lives.

Increasing supply to the African continent is just the first step. Once they arrive, vaccines must be moved timeously from warehouses to vaccination sites. Some require unusually demanding levels of refrigeration. The so-called “last-mile challenge” of getting vaccines into people’s arms constitutes major barriers.

Africa is a vast continent of 54 countries and two disputed territories with a population of 1.216 billion people, of whom 40.8% live in cities and 59.2% in rural areas. Many of these areas are remote and difficult to access. Some are hostile, in the thick of combat. As of 2019, 15 African countries registered active armed conflict. Infrastructure, including transportation logistics, is poor. There are large parts of the continent where states simply do not have any public health presence at all.

Nonetheless, African populations are among the least resistant to vaccinations. The continent’s health systems are largely nurse-led and its networks of community healthcare workers extensive. The ongoing Intra-Africa Study found that the single greatest asset countries had were their frontline workers who, because they were embedded in local communities, were readily trusted by citizens. When vaccines arrive on the continent, it is likely resistance to taking them will be minimal because citizens trust health workers’ advice.

But first, the vaccines must arrive. This is the immediate challenge — a challenge that can and must be confronted at the G7 summit. Sharing vaccine doses with Africa is not just a moral imperative, it is an act that will protect the G7’s own citizens, economies and health systems. The most compelling slogans are true ones: no one is safe until everyone is safe. DM/MC